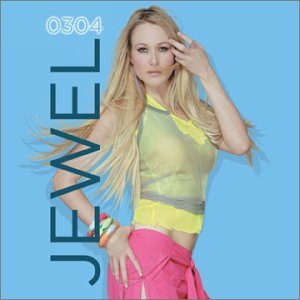 Jewel Kilcher (born May 23, 1974) is a singer-songwriter better known by her stage name, Jewel.

Jewel was born in Payson, Utah, but spent most of her young life growing up in Homer, Alaska, living with her father. The home she grew up in there did not have indoor plumbing, but a simple outhouse instead. She and her father sometimes earned a living by singing in bars and taverns. It was from these experiences she learned to yodel, a quality demonstrated in many of her songs. Her father was a Mormon, but they stopped attending the church shortly before she turned eight.

During high school, Jewel was known to spell her name 'Jule,' but she attributes this to simple playing with her name as teenagers are prone to do.

Jewel learned to play the guitar while on scholarship at the prestigious Interlochen Arts Academy in Interlochen, Michigan, where she majored in operatic voice. She started writing songs at the age of seventeen.

For a time, she was poverty-stricken and lived in her van while travelling about the country. She gained a reputation by singing at the Innerchange Coffeehouse in San Diego, California. It was at these appearances she met the band The Rugburns, who she often appeared with. For a time she dated Steve Poltz, one of the band's members. Poltz has collaborated with her on several of her songs and appeared in Jewel's band on the Spirit World Tour 1999 playing acoustic guitar.

It was at these coffeehouse appearances that she was discovered by Atlantic Records. She cut her debut album, Pieces of You, when she was nineteen and it was released in 1995. Some of the songs on the album were recorded at the coffeehouse. The album stayed on the Billboard 200 for an impressive two years, reaching number four at its peak popularity.

Jewel is noted for her song's qualites of stark honesty and soulful introspection. Her songs resist categorization, but, because of their mostly guitar accompaniment, have sometimes been categorized as folk music or the hybrid class folk-pop. However, her music is mostly recognized as popular music and enjoys wide exposure on a variety of music radio stations.

Due to her success, she was chosen to sing the national anthem at the opening of the Super Bowl in January 1998.

Besides singing, Jewel has also tried her hand at acting and writing. The first movie she appeared in was in 1999 in Ride with the Devil, for which she received critical acclaim.

Writing is nothing new for Jewel since she has been writing poetry most of her life. She has at least two published works. A Night Without Armor is a collection of some of her poems. Chasing Down the Dawn is a collection of diary entries and musings detailing her life growing up in Alaska, her struggle to learn her craft and life on the road.

In 2003 Jewel underwent a drastic image change with the release of her album 0304. Her video for the debut single Intuition had her cavorting in full dance numbers, often scantily clad in bras and bikinis. The song and video seemed to be intended as social commentary on the state of pop music but it left fans wondering if Jewel had in fact become what she was satirizing.


Items to buy by Jewel