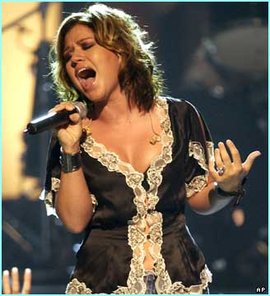 Kelly Brianne Clarkson (born April 24, 1982) is an American singer who was the winner of the first season of American Idol.

Clarkson was born in Fort Worth, Texas and later moved to Burleson, Texas. In middle school, she was overheard singing in a school corridor by a teacher who invited her to join the school choir. Her participation in choral and musical activities spurred her interest in a recording career and, following her high school graduation, she relocated to Los Angeles, California.

Clarkson worked as an extra on television (one such appearance was on Sabrina the Teenage Witch) and worked briefly with songwriter Gerry Goffin. After her Los Angeles apartment burned down, however, she moved back to Texas discouraged, but still intent on a career in show business.

Clarkson rose to fame on the United States TV program American Idol. Before her run on that show, she managed some odd jobs. She worked as a cocktail waitress, a promo girl for Red Bull, at a movie theater (where the premiere of her movie, From Justin to Kelly, was later held), in a pharmacy, at Chili's, the Fort Worth Zoo, as a telemarketer, sold Kirby vacuum cleaners door to door for a day, and did other jobs as well.

In 2002, along with ten thousand others, Clarkson auditioned for the aforementioned American Idol. Impressed by her voice and personality, the panel of judges put her through to the next round. Upon landing a final 30 spot, Kelly garnered praise from the judges with her rendition of Aretha Franklin's 'Respect'. She moved on to the final 10, receiving a #2 spot in her group. On September 4, 2002, Clarkson won the competition, earning 58% of the audience vote in the final contest against Justin Guarini. She was the only contestant to have never landed in the bottom three. As the newly-crowned 'American Idol,' Clarkson performed 'A Moment Like This' as confetti fell. Her fellow contestants hugged her. 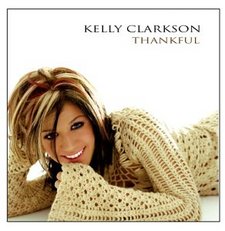 Clarkson's first single set an American record, rising on October 5, 2002, from No. 52 to No. 1 on the Billboard charts (a record previously held by The Beatles with Can't Buy Me Love). Her first full-length album, Thankful, was released by RCA Records on April 15, 2003, and was certified as 'double platinum', signifying over two million sales in the US by the RIAA. Thankful also garnered good reviews, though critics cited that much of her success could be accredited to the 'commerciality' of her music.

Clarkson starred with fellow American Idol contestant Justin Guarini in From Justin to Kelly (2003). The film was given weak reviews, and the movie was a box office disaster.

In 2004, she received a Grammy Nomination for Best Female Pop Vocal Performance for her hit single 'Miss Independent'.

In the first World Idol competition, pitting all the winners of all Idol shows against each other, she placed second, beaten in the worldwide poll only by the Norwegian Idol Kurt Nilsen. 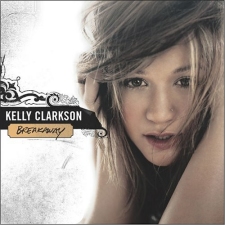 In 2004 Kelly Clarkson released Breakaway, her sophomore release, and it debuted at #3. Though her first album debuted at #1 and sold a few thousand more copies in its first week, industry experts noted this was not too bad of a sophomore slump. Breakaway received mostly high marks from critics, who stated that the artistic and commercial success of the album cemented Clarkson's place in the pop music industry, separate from the 'American Idol' machine. To date, Breakaway has sold over a million copies and remains in the Billboard Top 20, selling about 80,000 copies per week, while her singles 'Breakaway' and 'Since U Been Gone' shoot their way through the Billboard Hot 100.

Though so far the most commercially successful of Idol winners, she has also had her share of controversy, such as allegations that her work doing demos for a record company broke show rules about not having a contract with a record company and what some saw as poor sportsmanship on her part during the World Idol competition.

She appeared as the musical guest on Saturday Night Live on February 12, 2005


Items to buy by Kelly Clarkson