A collection of pieces from the Baroque Era for solo piano. Easy to Advanced Level 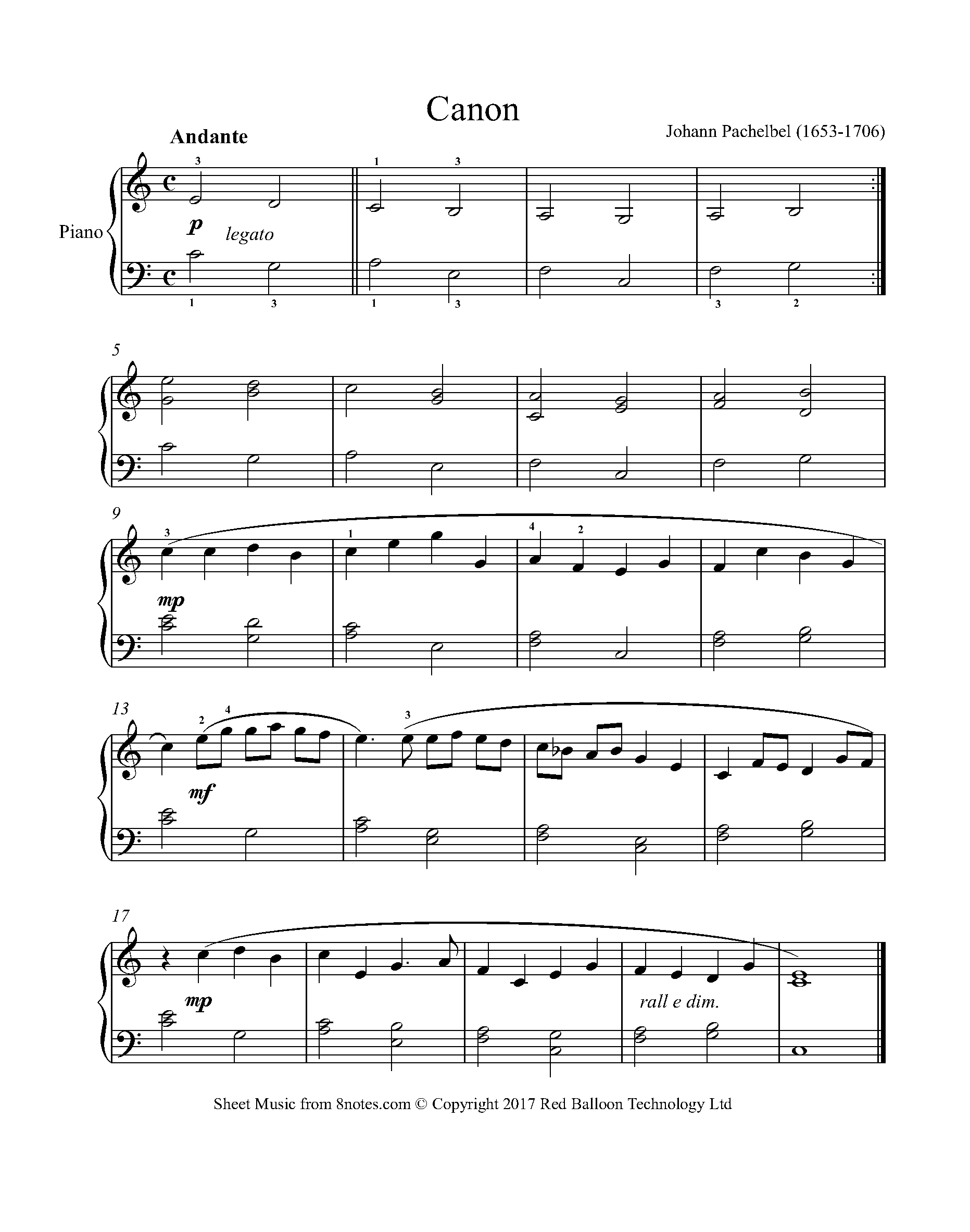 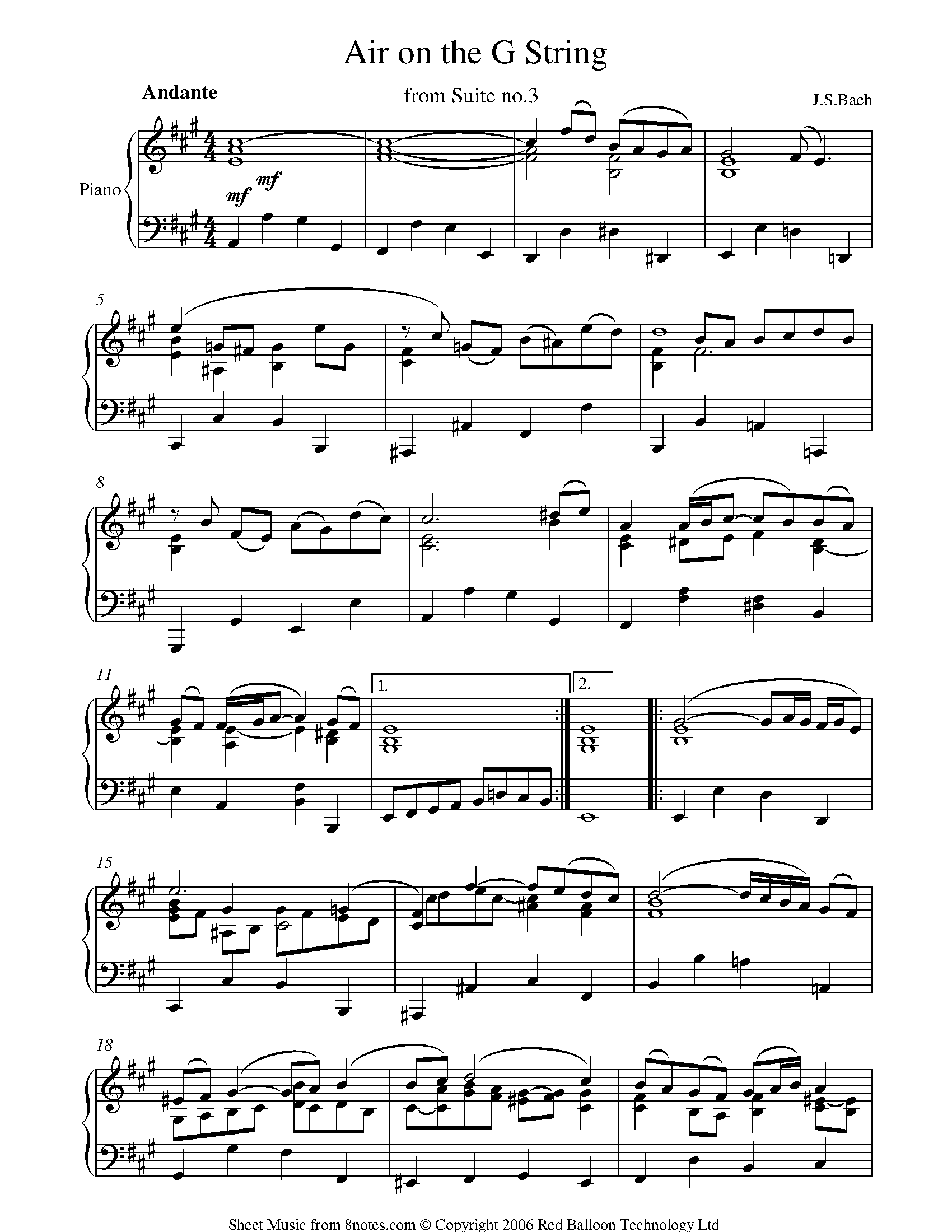 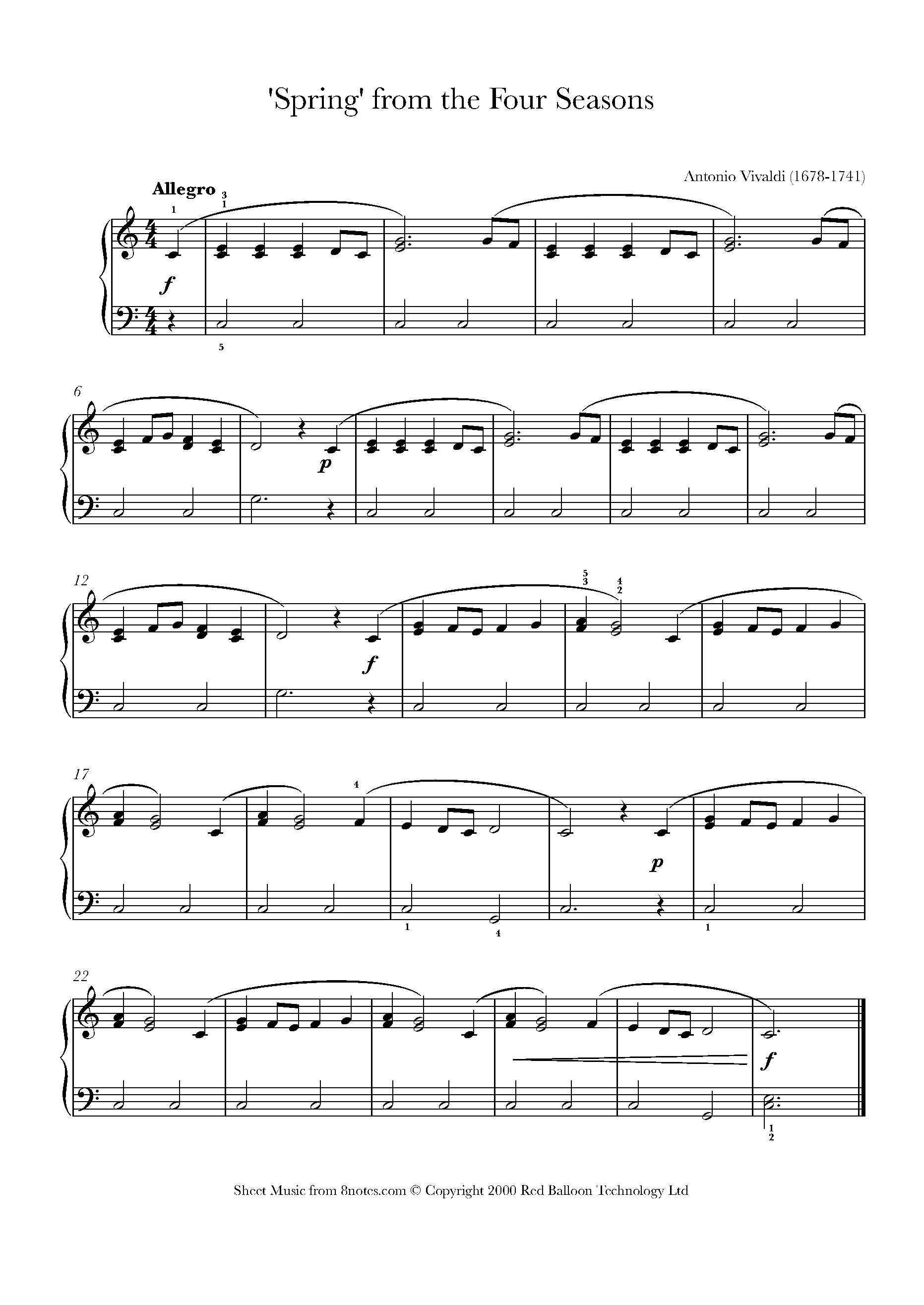 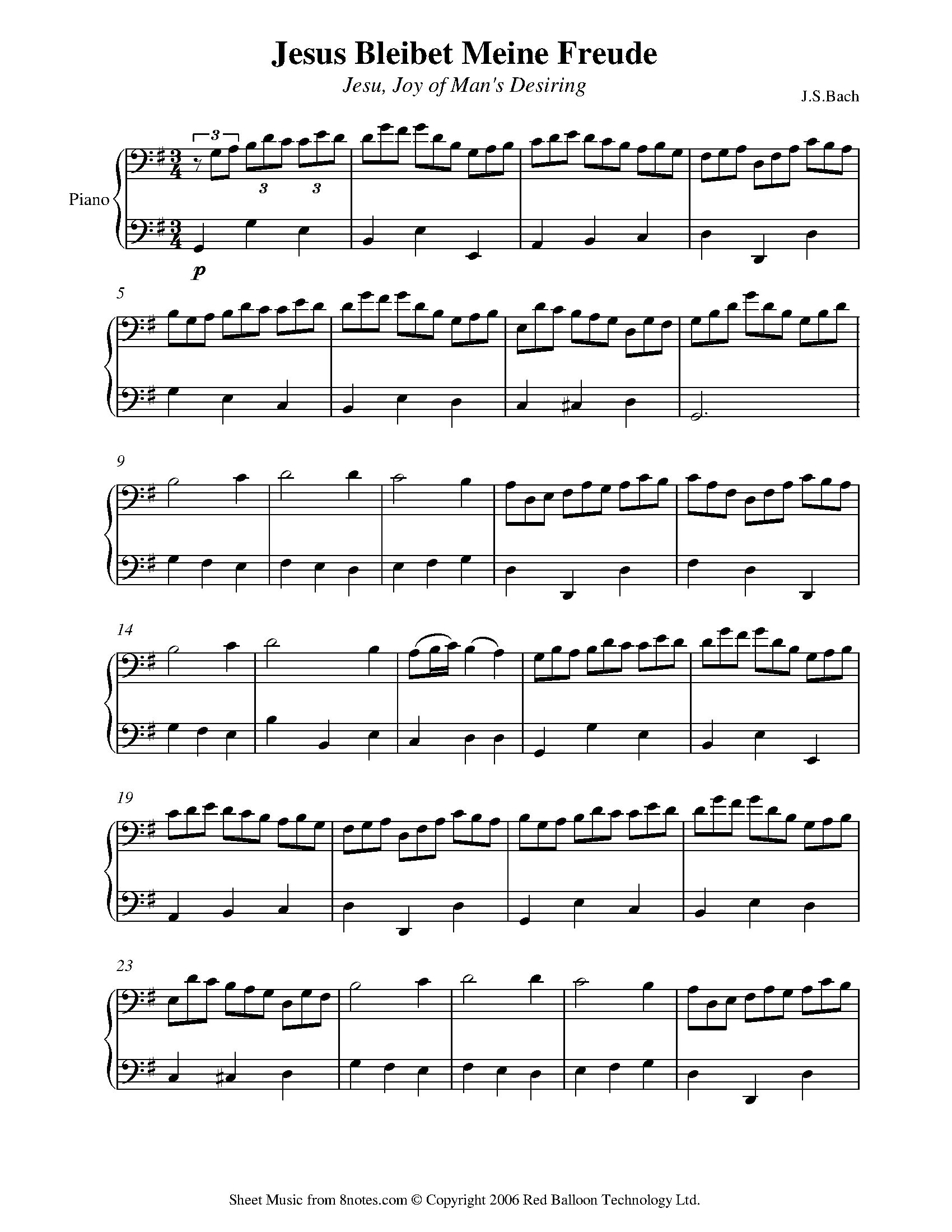 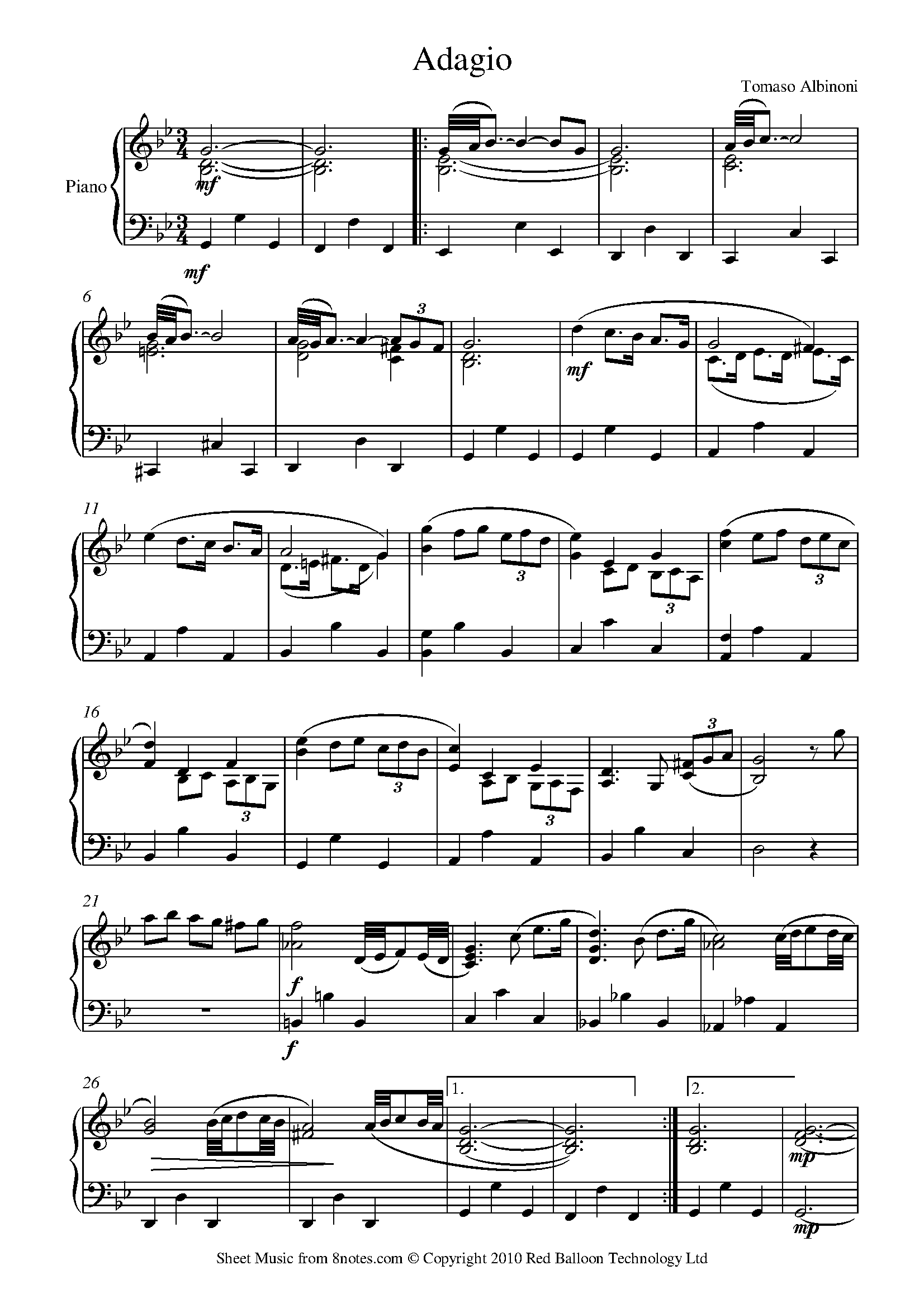 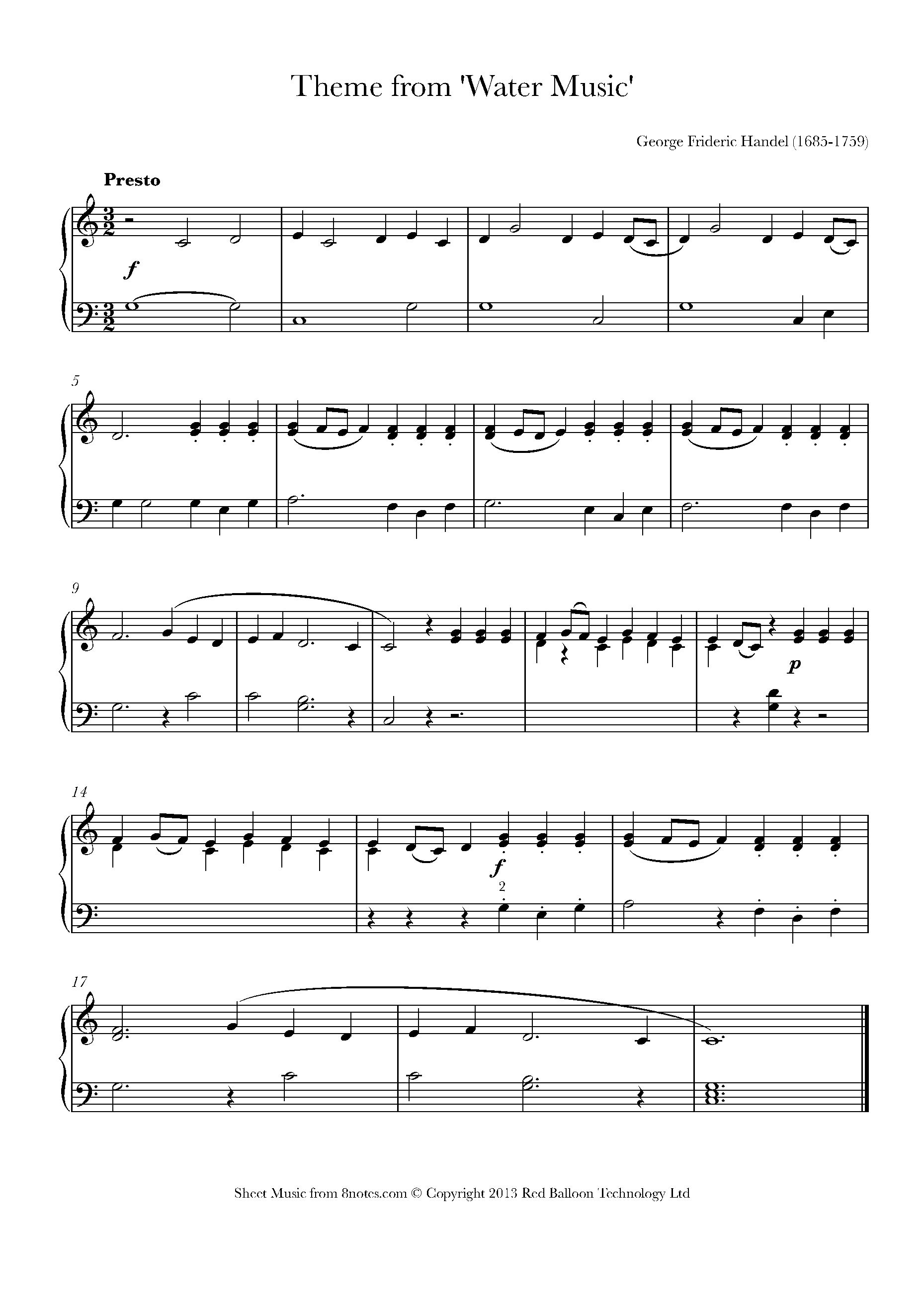 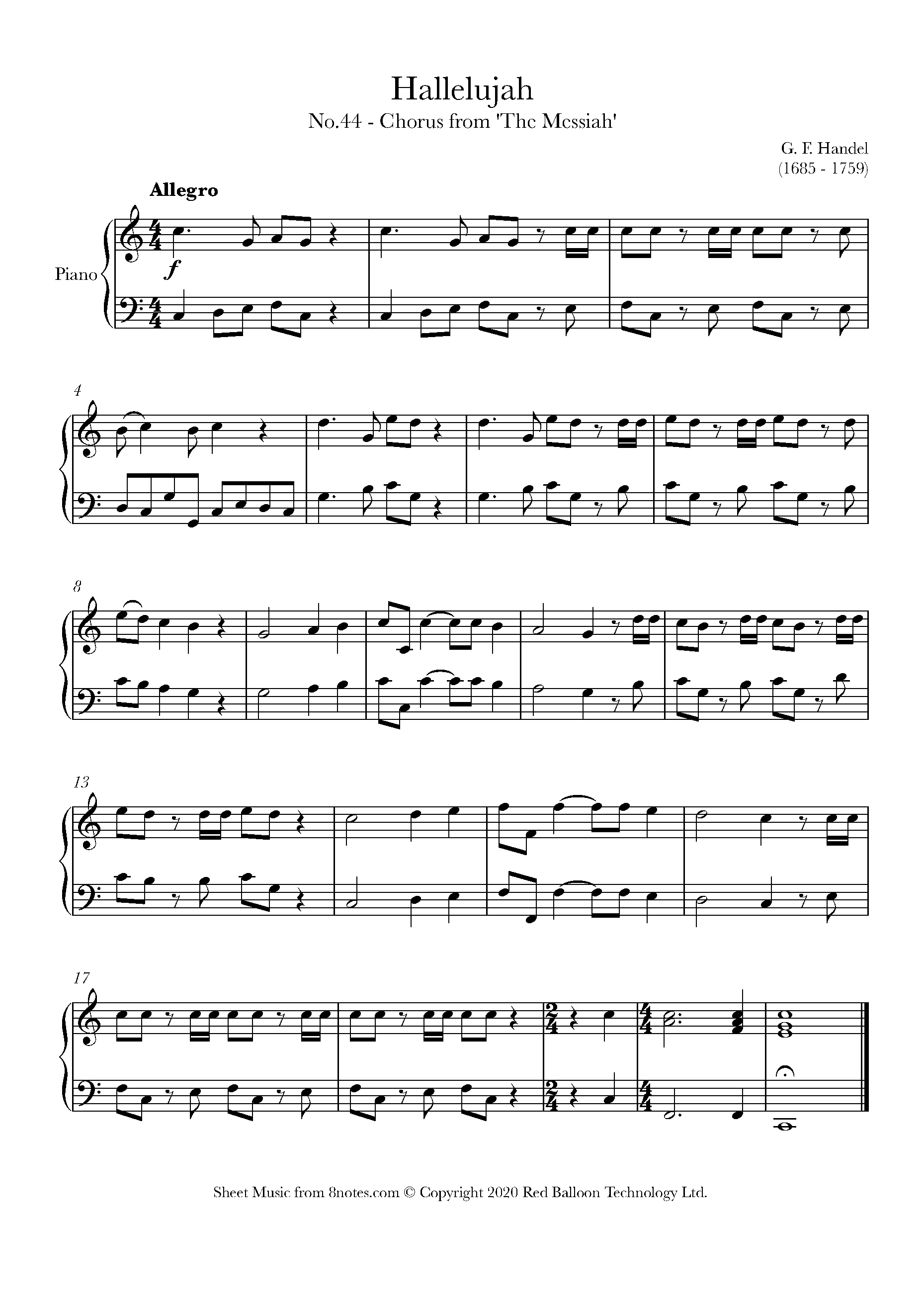 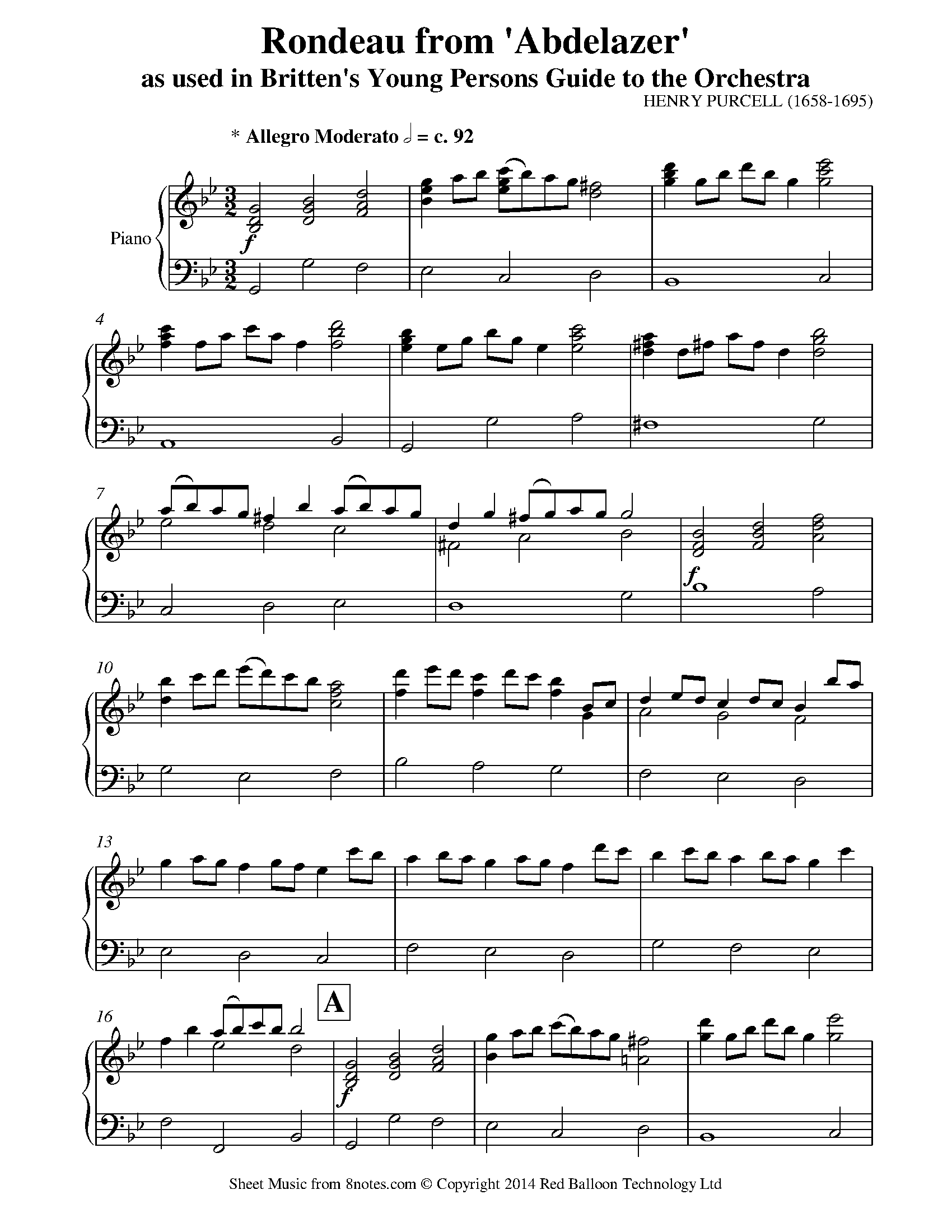 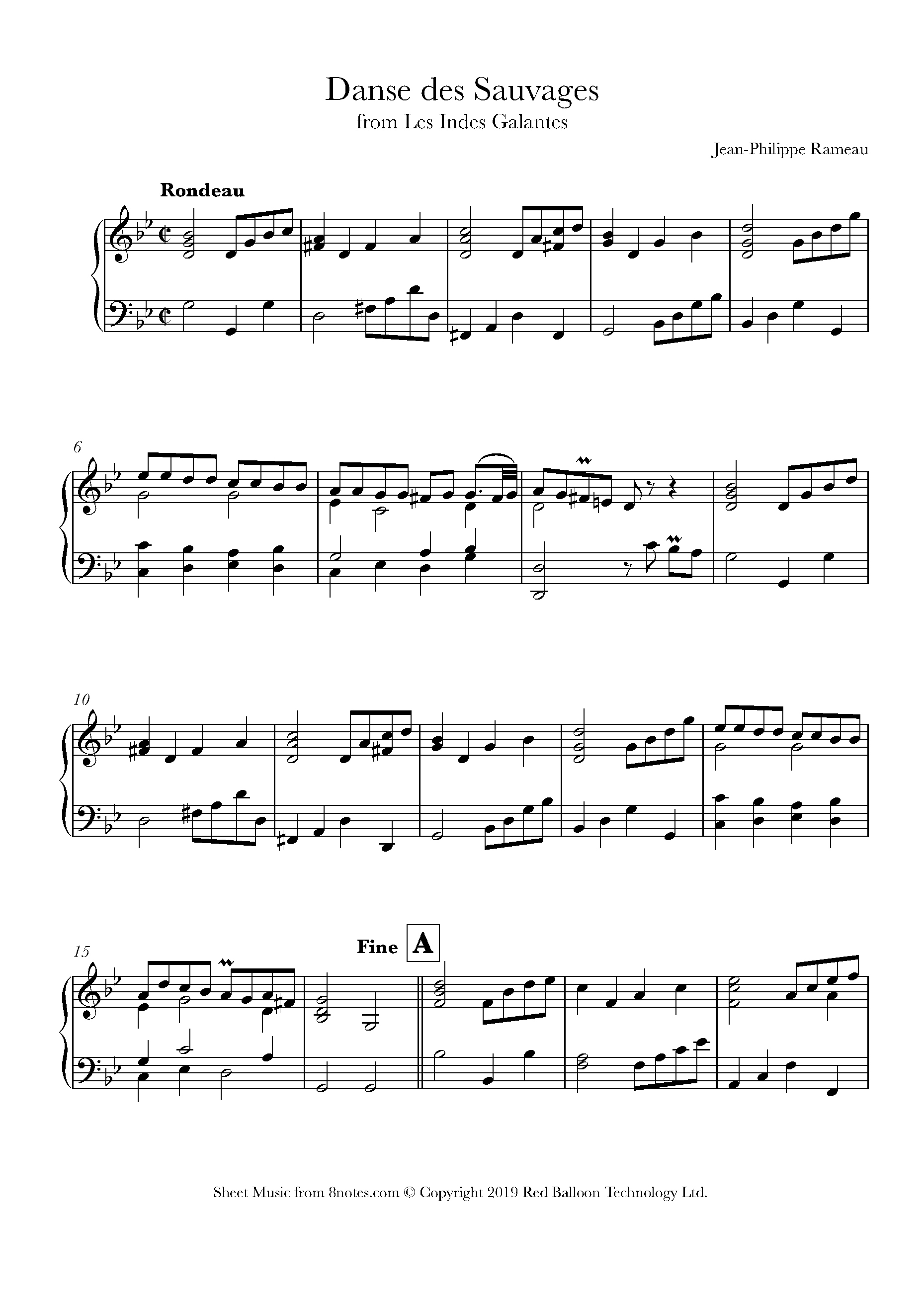 The 48 Preludes and Fugues are two sets of 24 pieces for keyboard. Each set of 24 contains a movement in all 12 major and all 12 minor keys. The first prelude to book one (1720) in C major is a work of sophisticated simplicity—a series of broken chords that gradually take on an air of constricted melancholy before opening-up again as the movement progresses towards its close. Its attractiveness and the accessibility of the writing has made it a popular work amongst keyboard players. It was also famously used by composer Charles Gounod in his setting of the "Ave Maria," for voice and piano (1859). 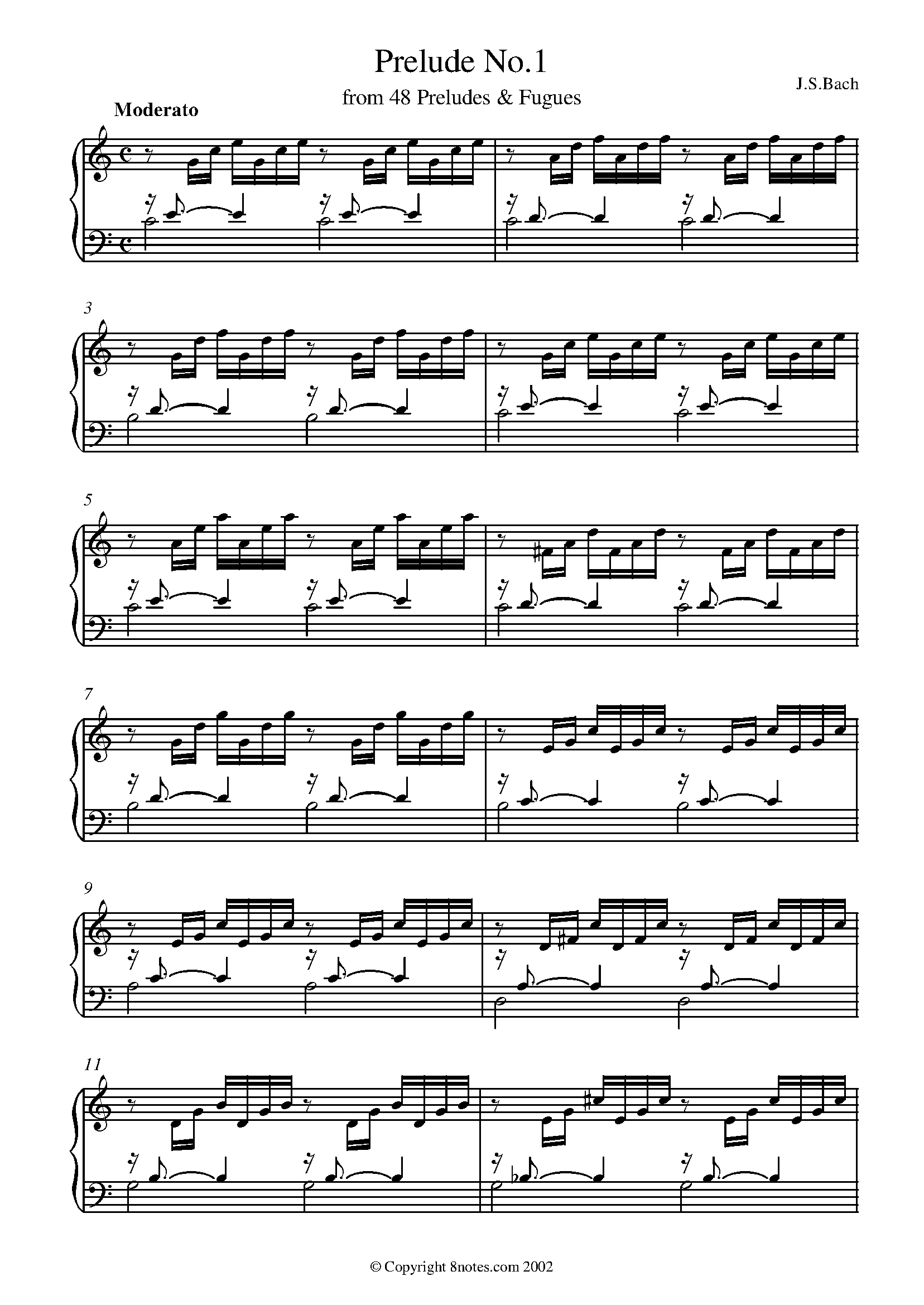 Prelude No.1 from 48 Preludes and Fugues
(subscription)

Domenico Scarlatti (1685–1757) wrote 555 solo keyboard sonatas during his life, now recognised as some of the most important works in the keyboard literature alongside contemporaries such as J.S. Bach. The Sonata in D Minor, K517, is a work of propulsive drama, one which requires a strong left hand and metronomic steadiness of tempo. 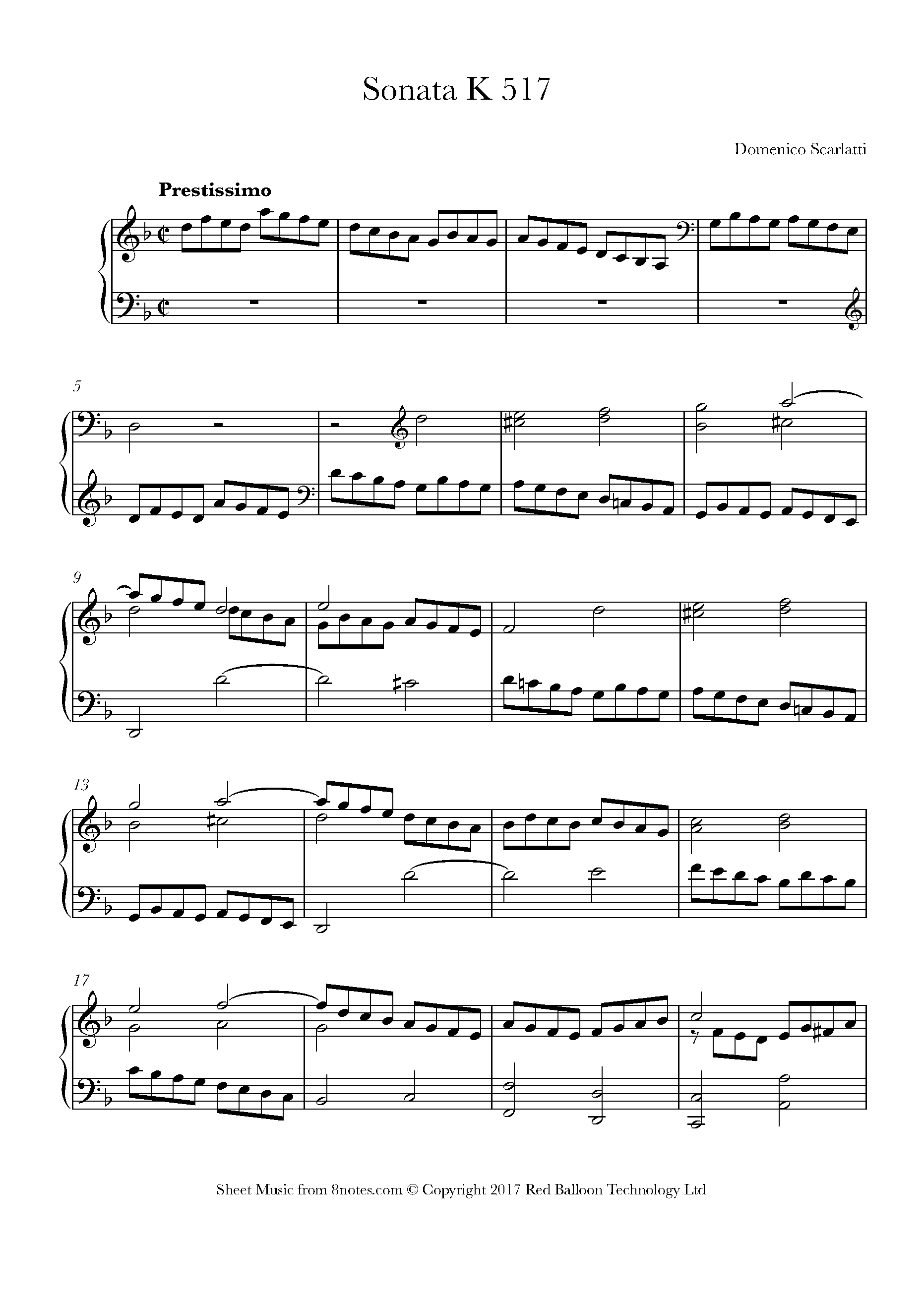 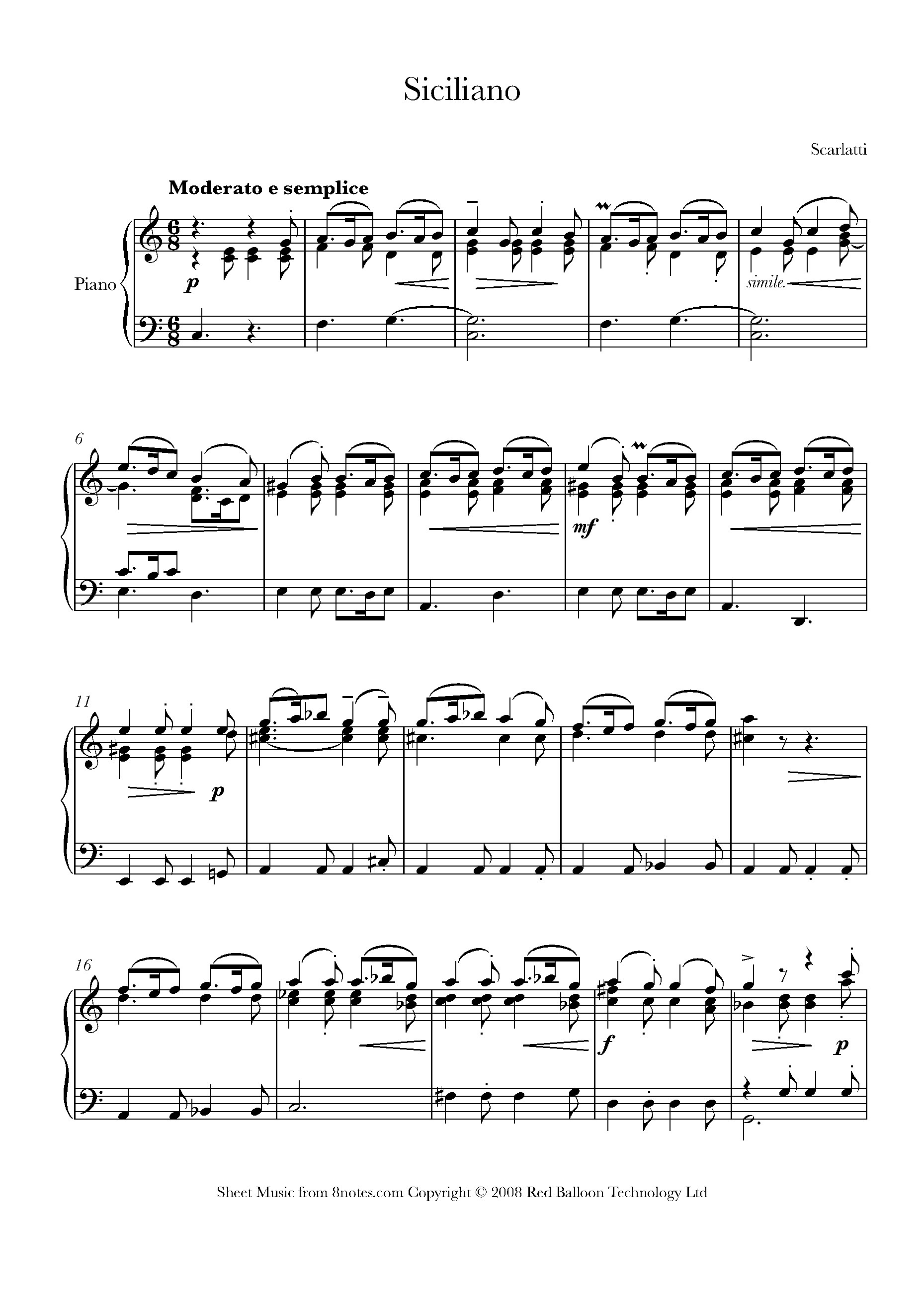