A collection of Choro pieces by Brazilian Choro composers, specially arranged for flute and piano. Intermediate to Advanced Level. Choro is an instrumental Brazilian popular music genre which originated in 19th century Rio de Janeiro. Despite it's name, which means "little cry" or "little lament", the music often has a fast and happy rhythm. Choro is considered the first characteristically Brazilian genre of urban popular music.

"Tico-Tico no fubá" is the title of a renowned Brazilian choro song composed by Zequinha de Abreu in 1917. Its original title was "Tico-Tico no Farelo," but since Brazilian guitarist Américo Jacomino Canhoto (1889–1928) had a work with the same title, Abreu's work was given its present name in 1931. "Fubá" is a type of maize flour and "tico-tico" is the name of a bird, the rufous-collared sparrow (Zonotrichia capensis). Hence, "tico-tico no fubá" means "sparrow in the cornmeal." 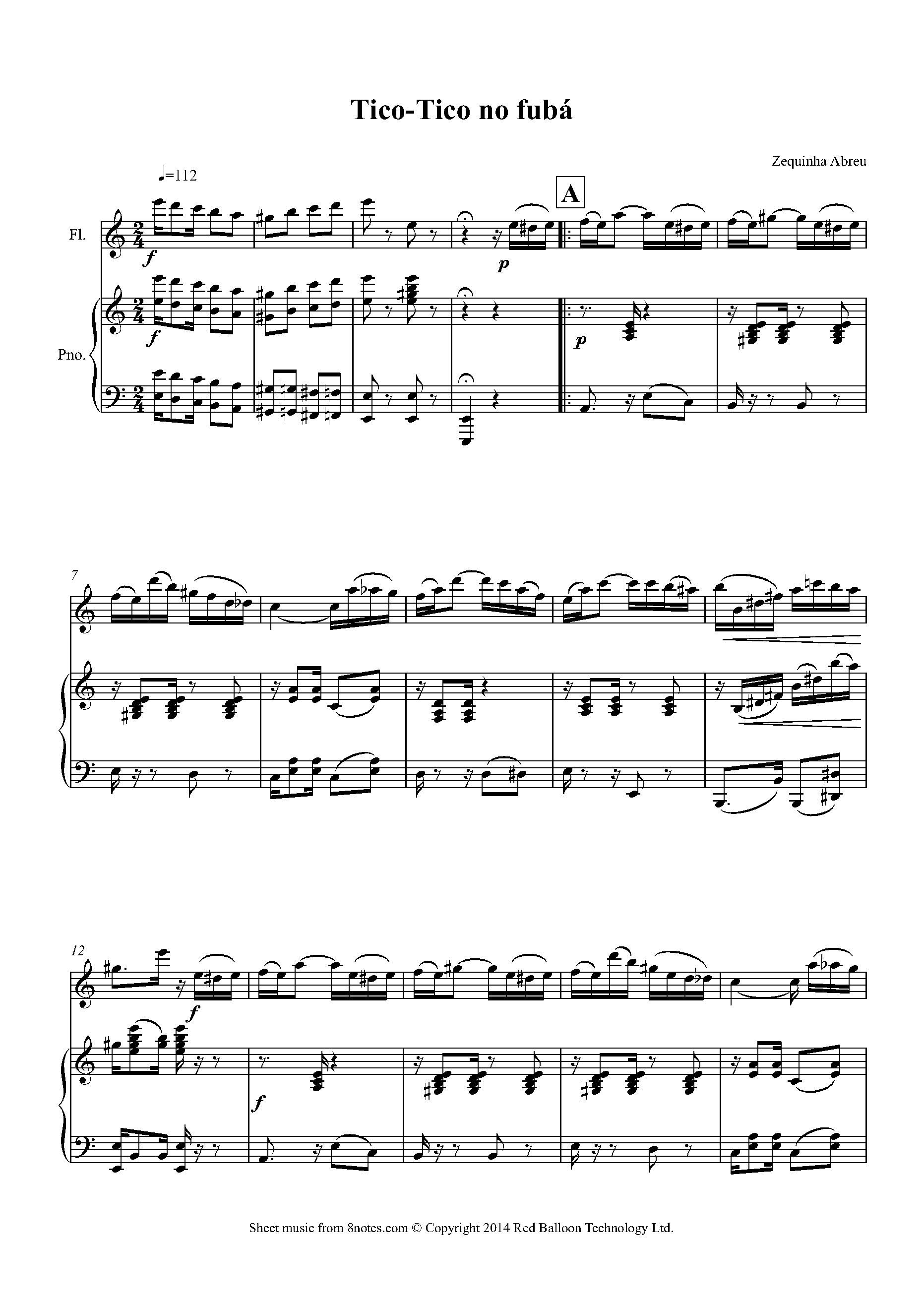 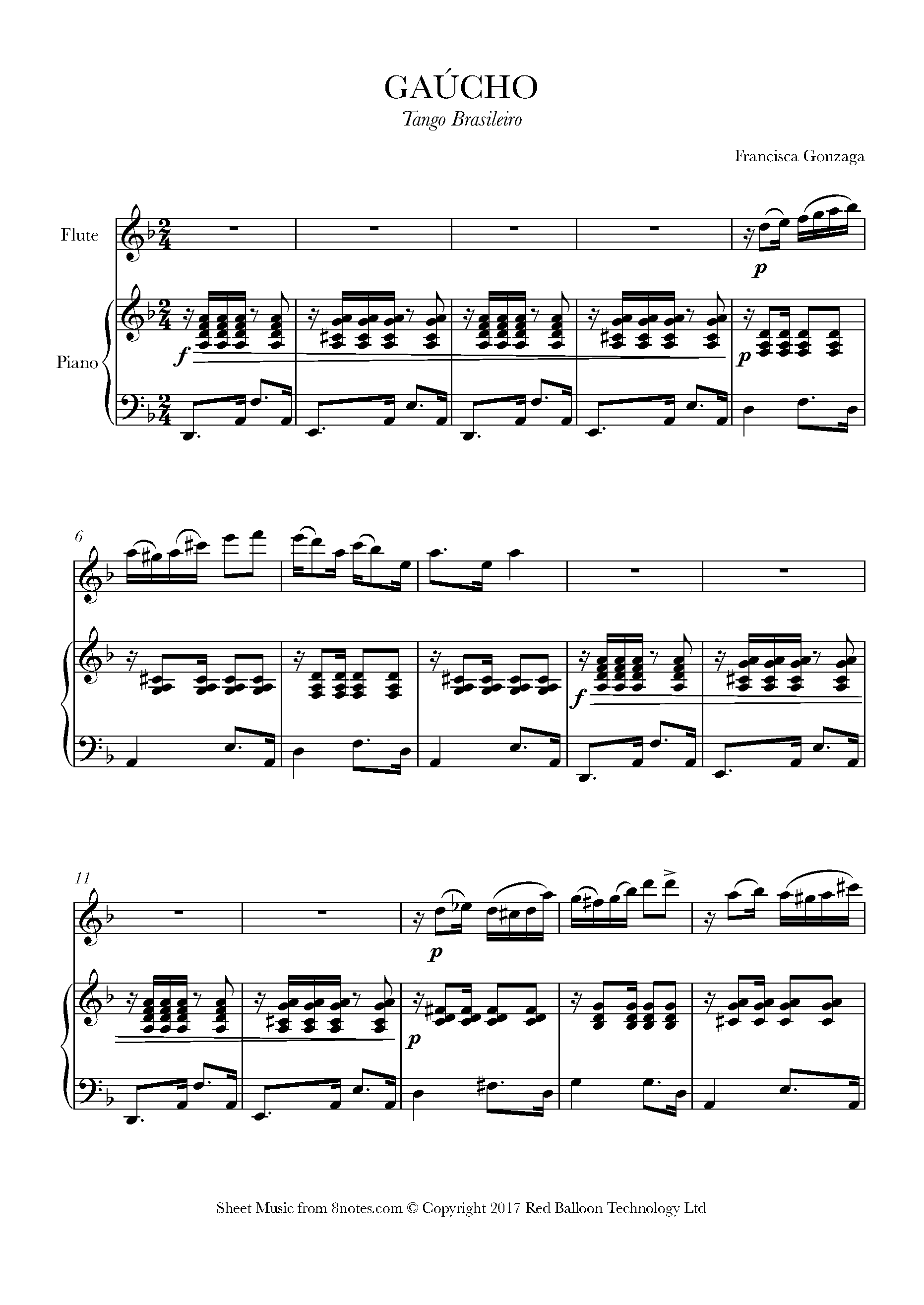 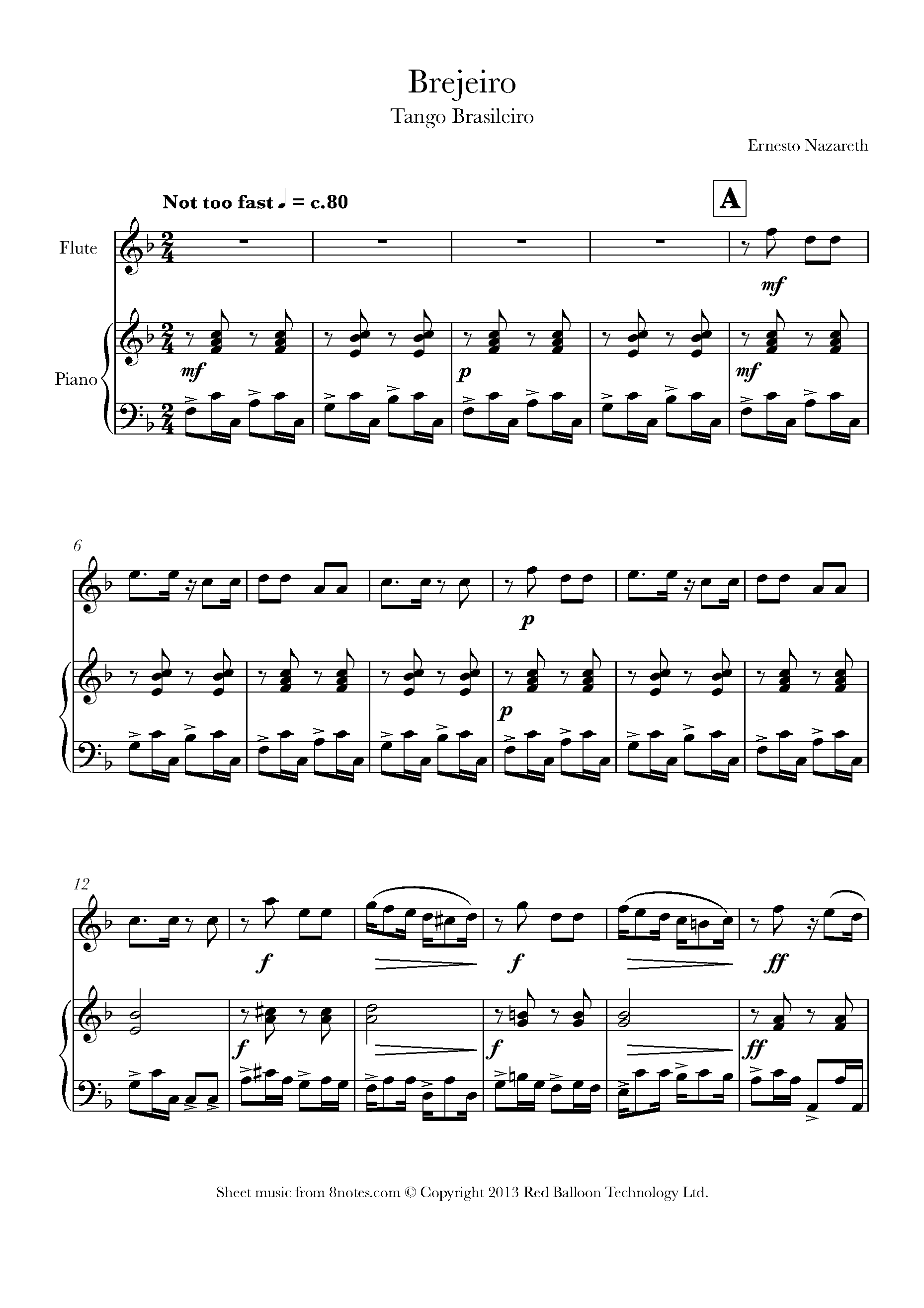 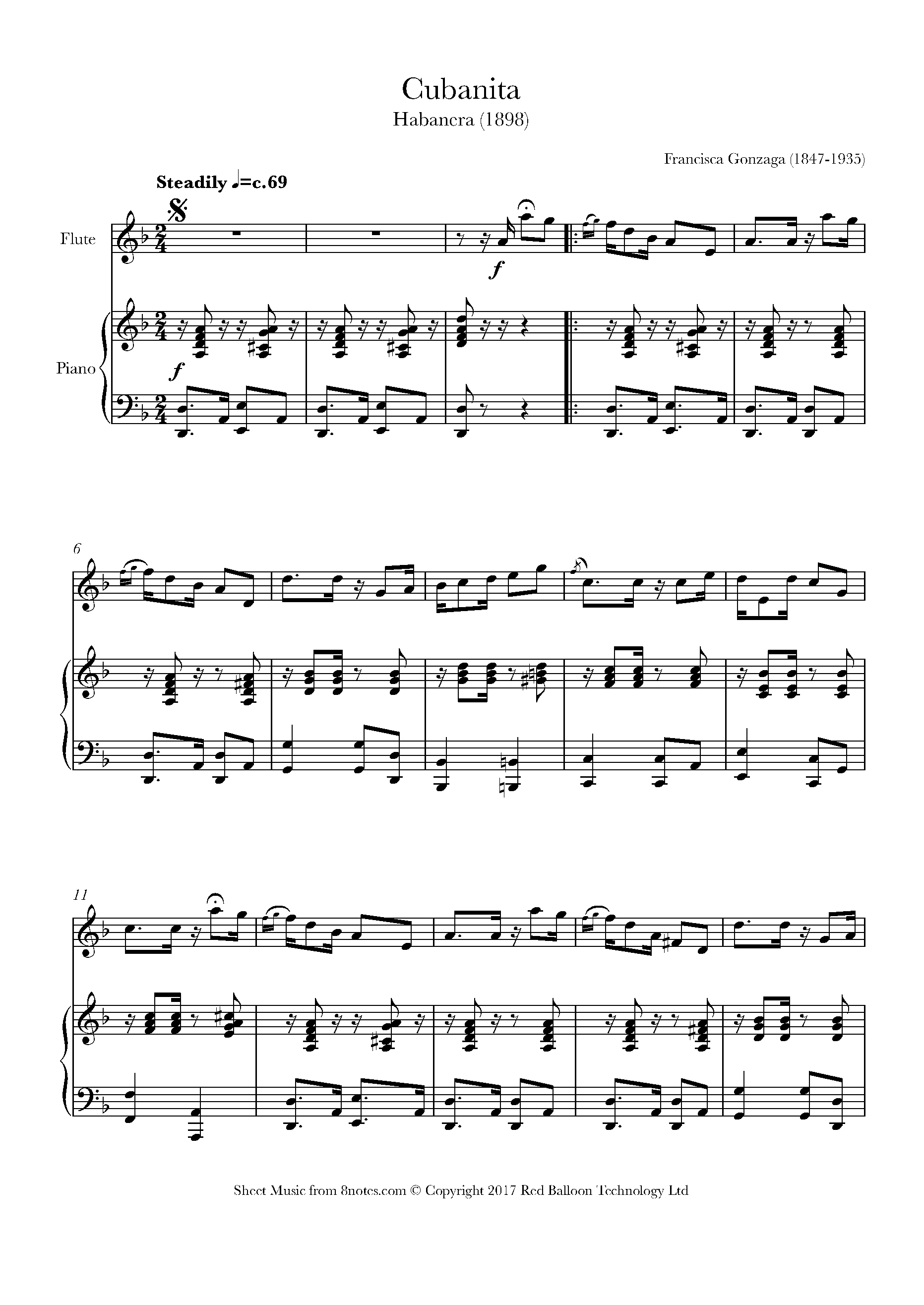 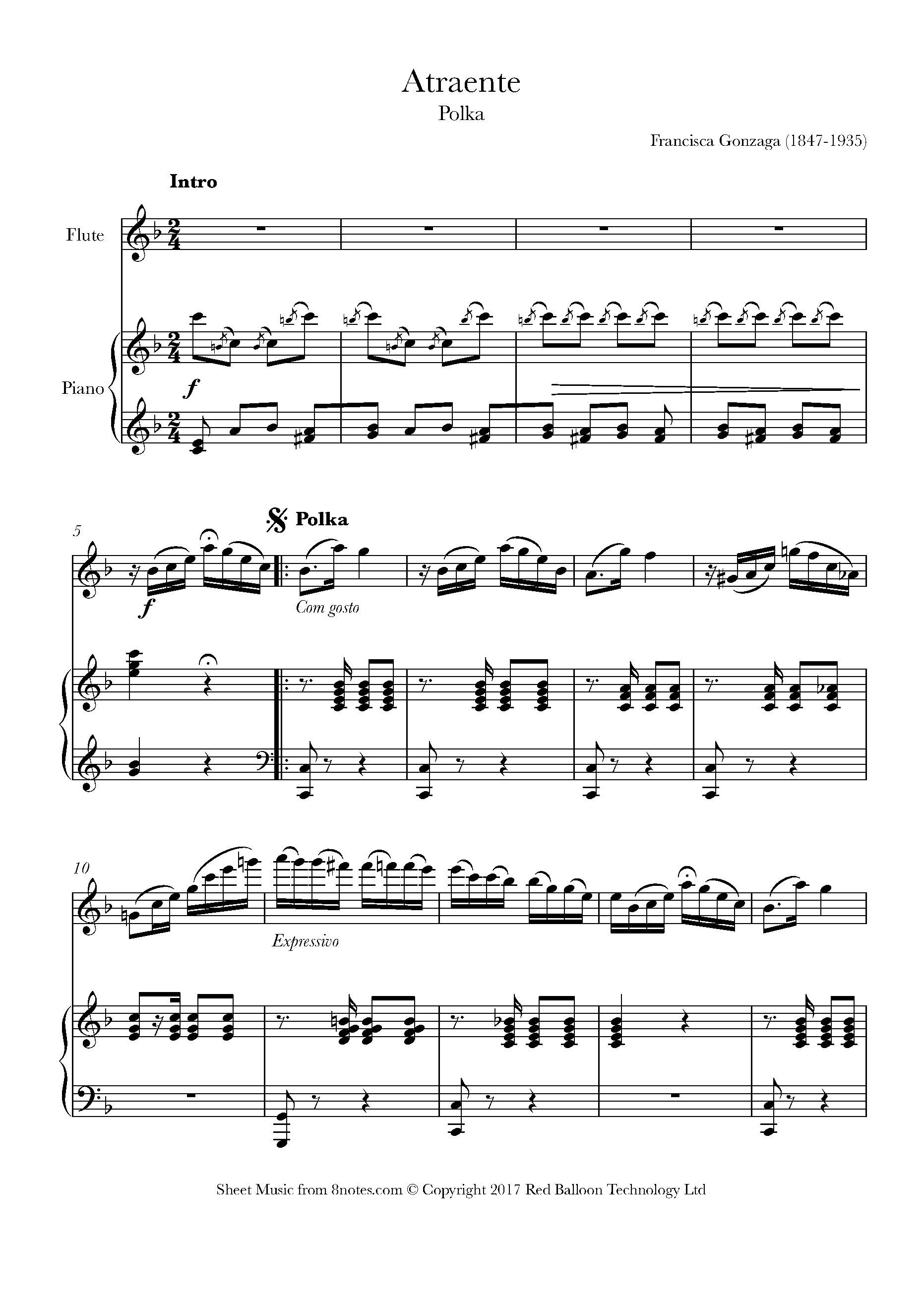 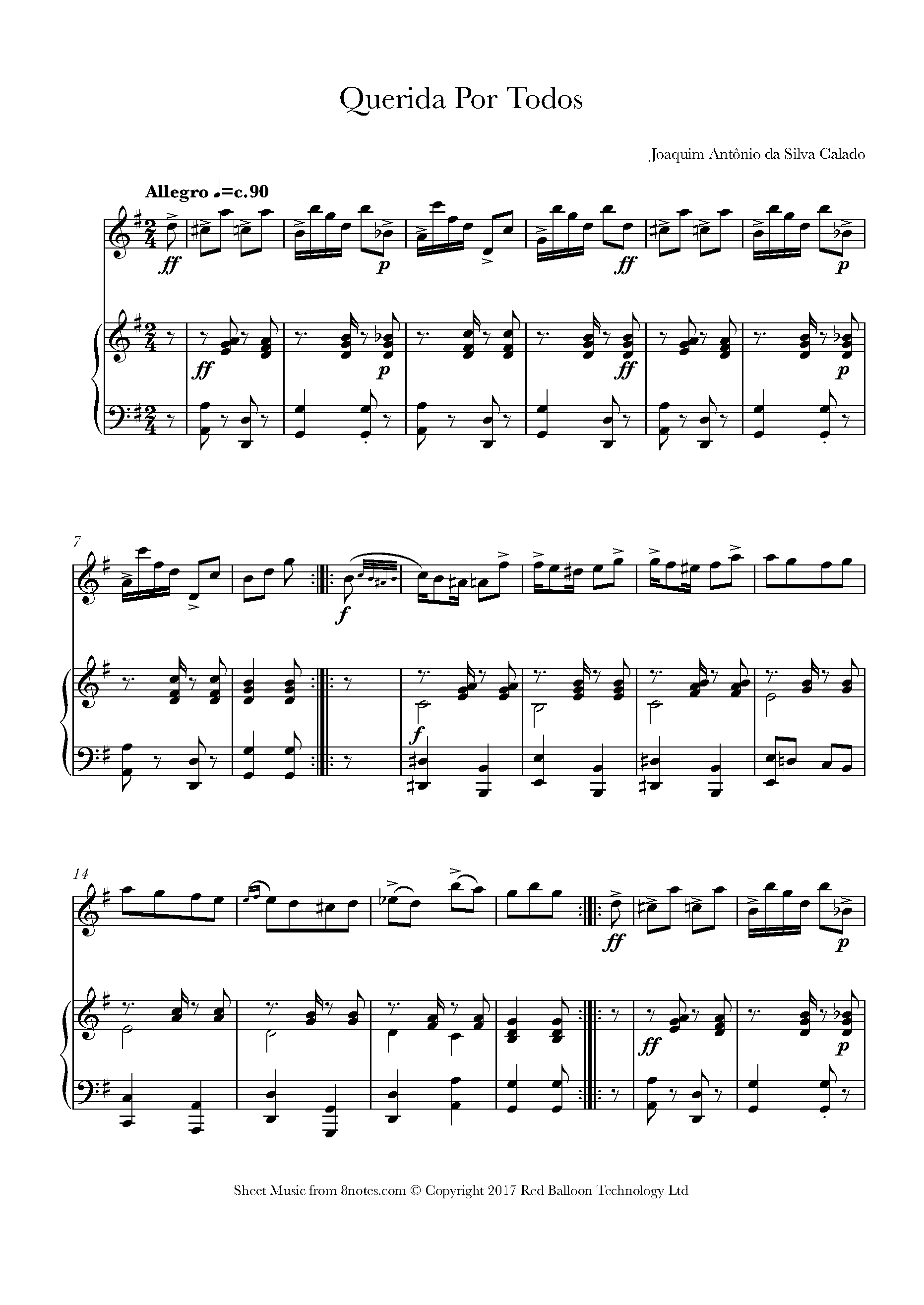 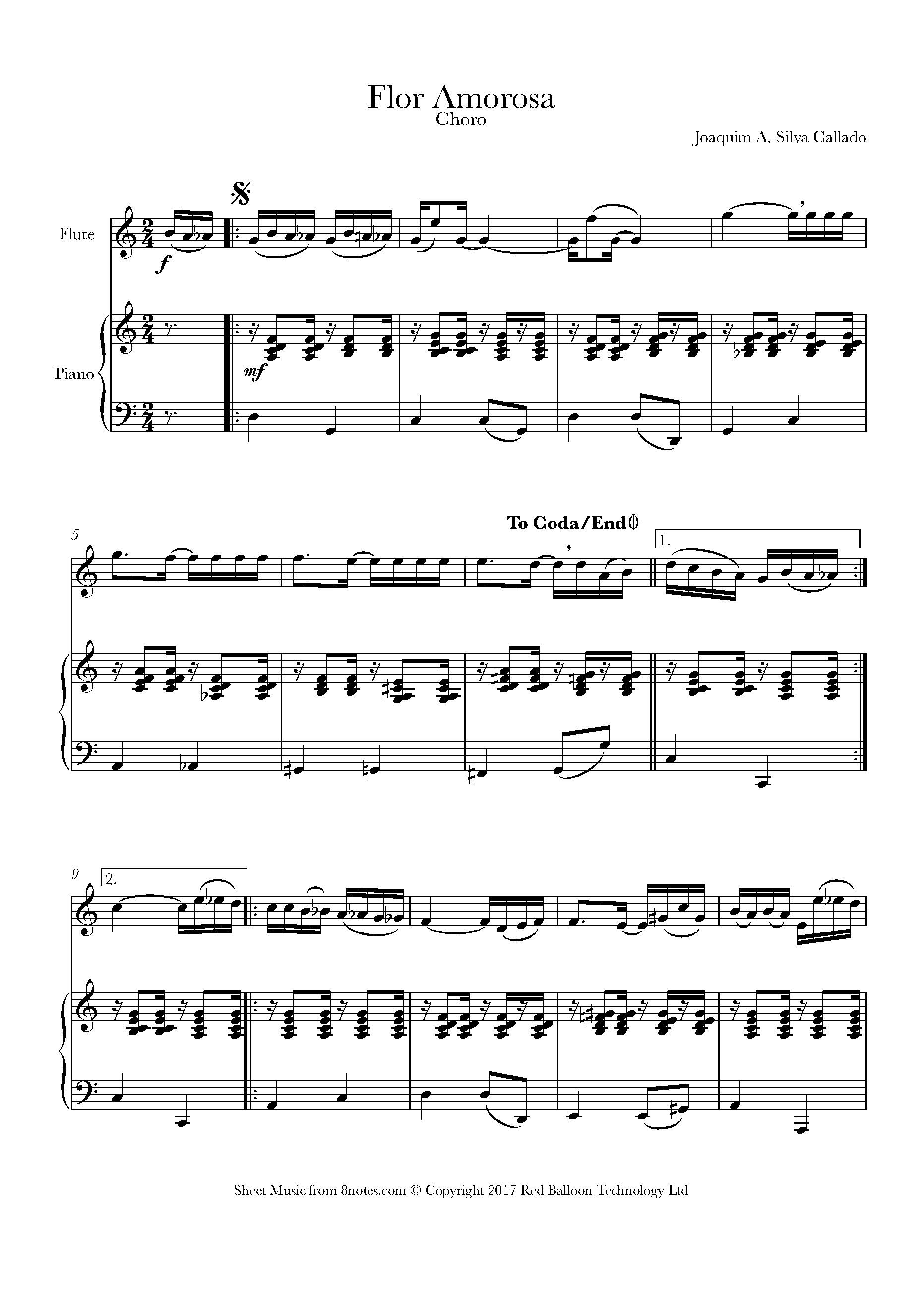 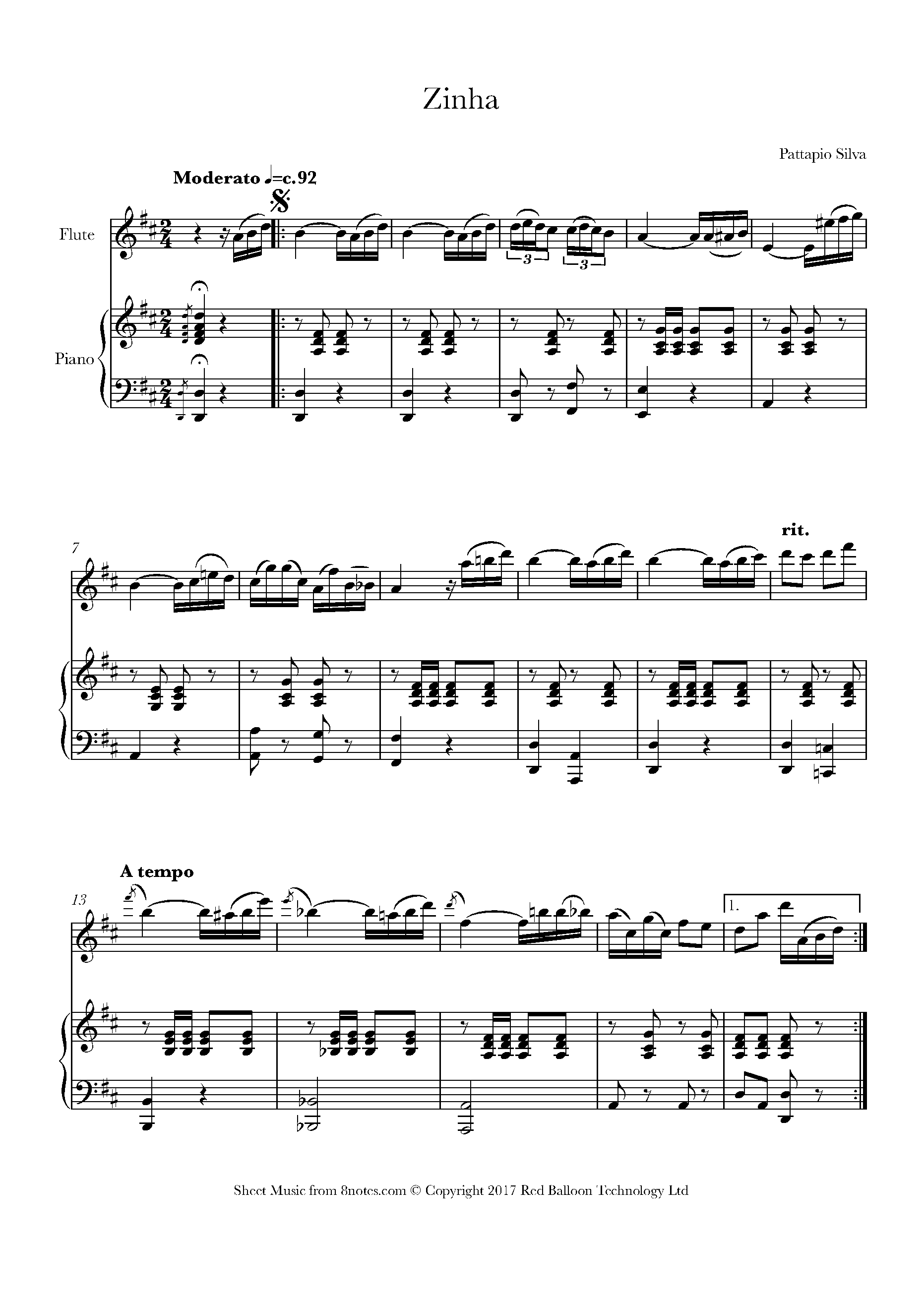 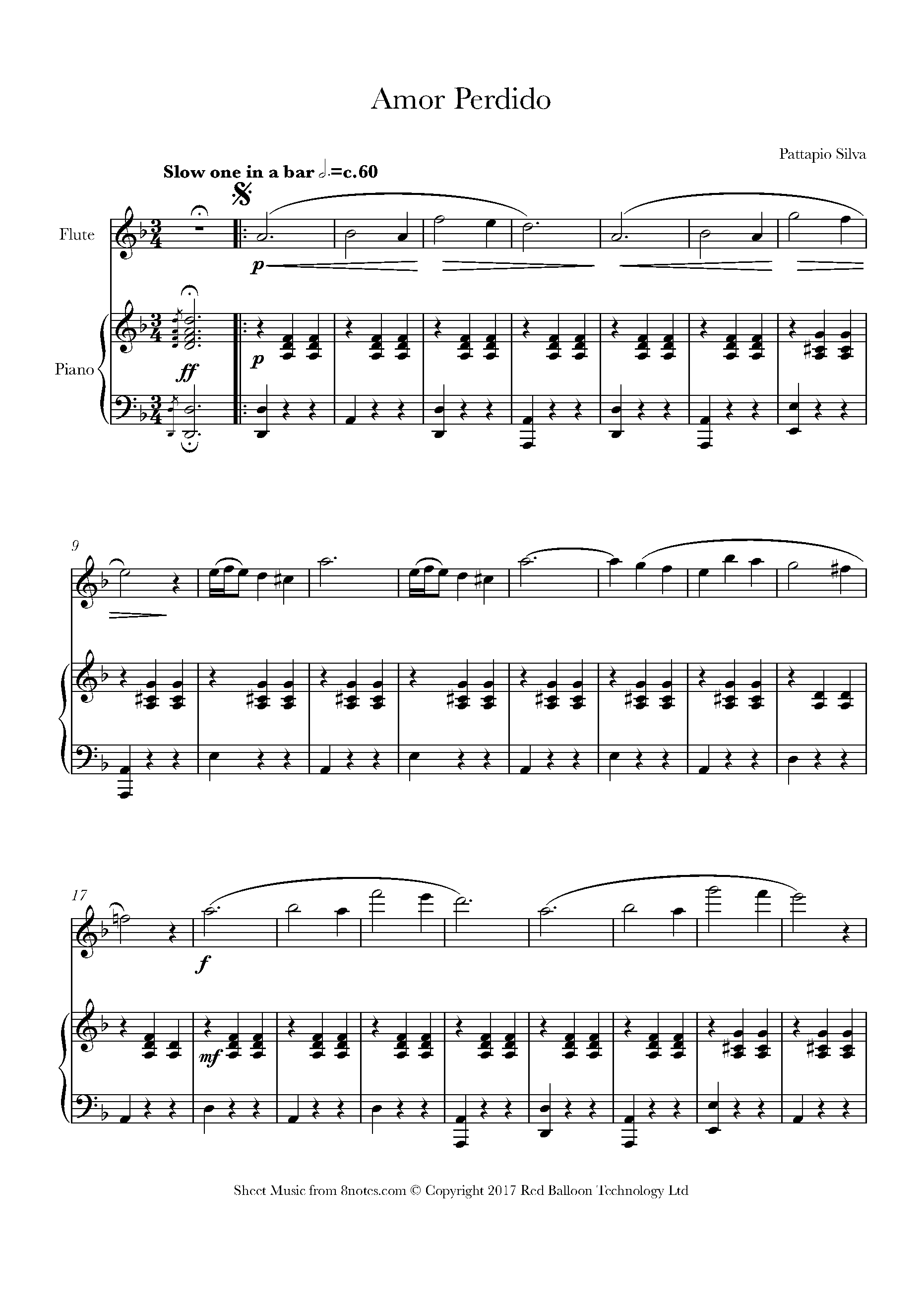 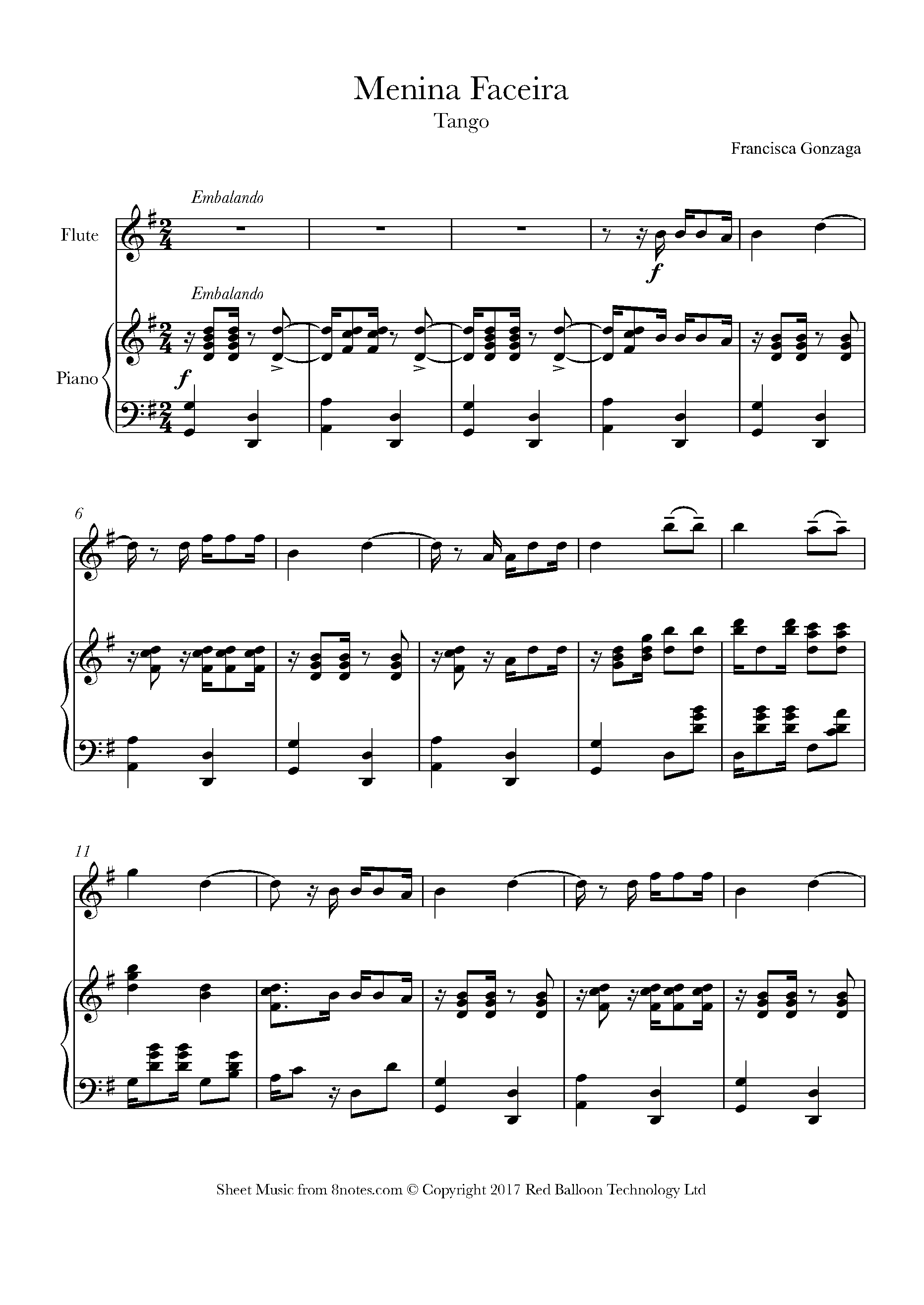