A Collection of Counting Songs for Voice with piano accompaniment. Easy

A counting song that originates from the US. The 'Indian boys' may be substituted with 'soldier boys','teddy bears' or some other equivalent. 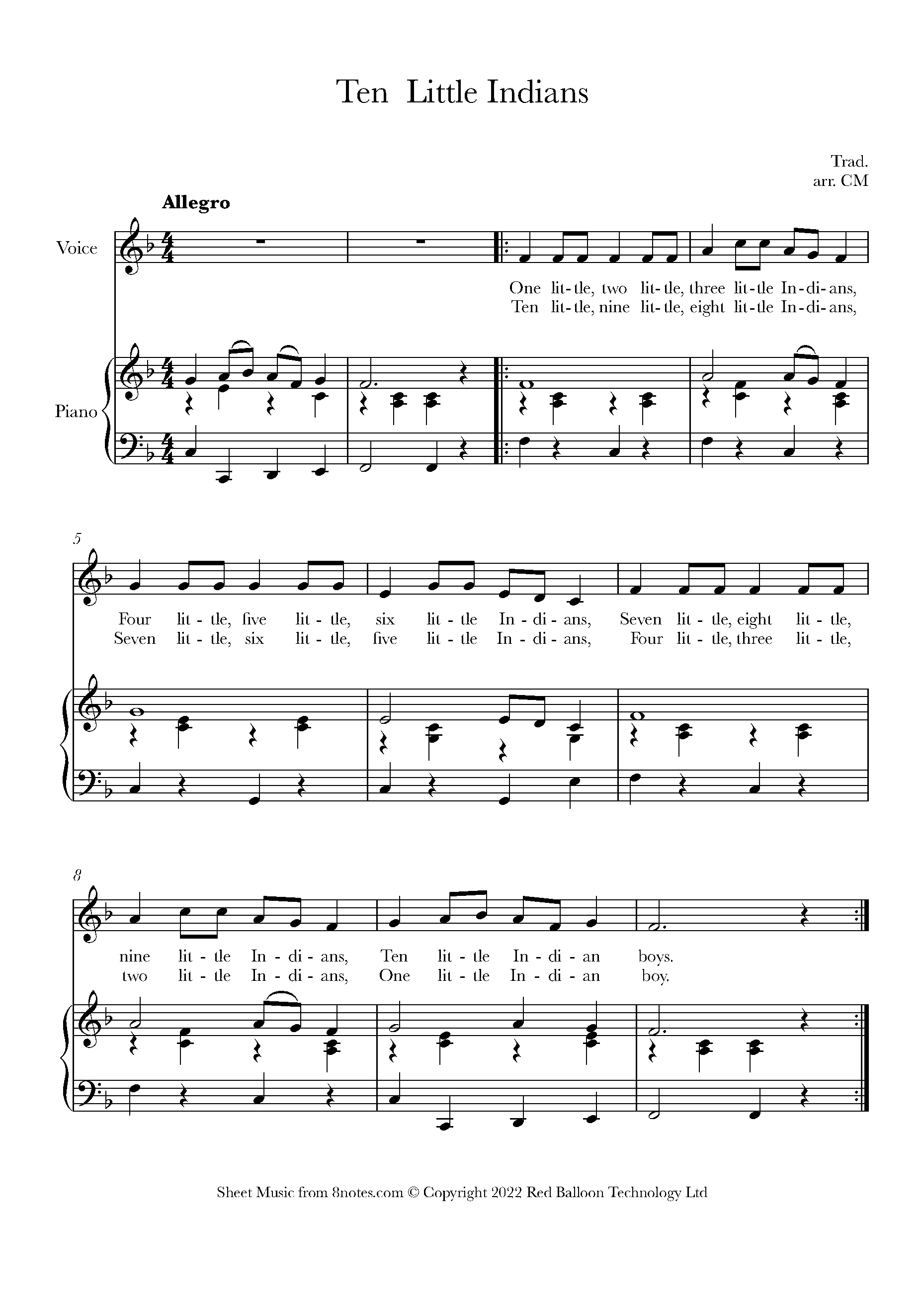 A very popular counting song. In notated form it first appeared in 1805, though likely existed long before that year. An illustrated form of the song was printed in Walter Crane's 'New Toy Book,' printed in 1873 and containing delightful depictions of the every day lives of (albeit well-to-do) children. 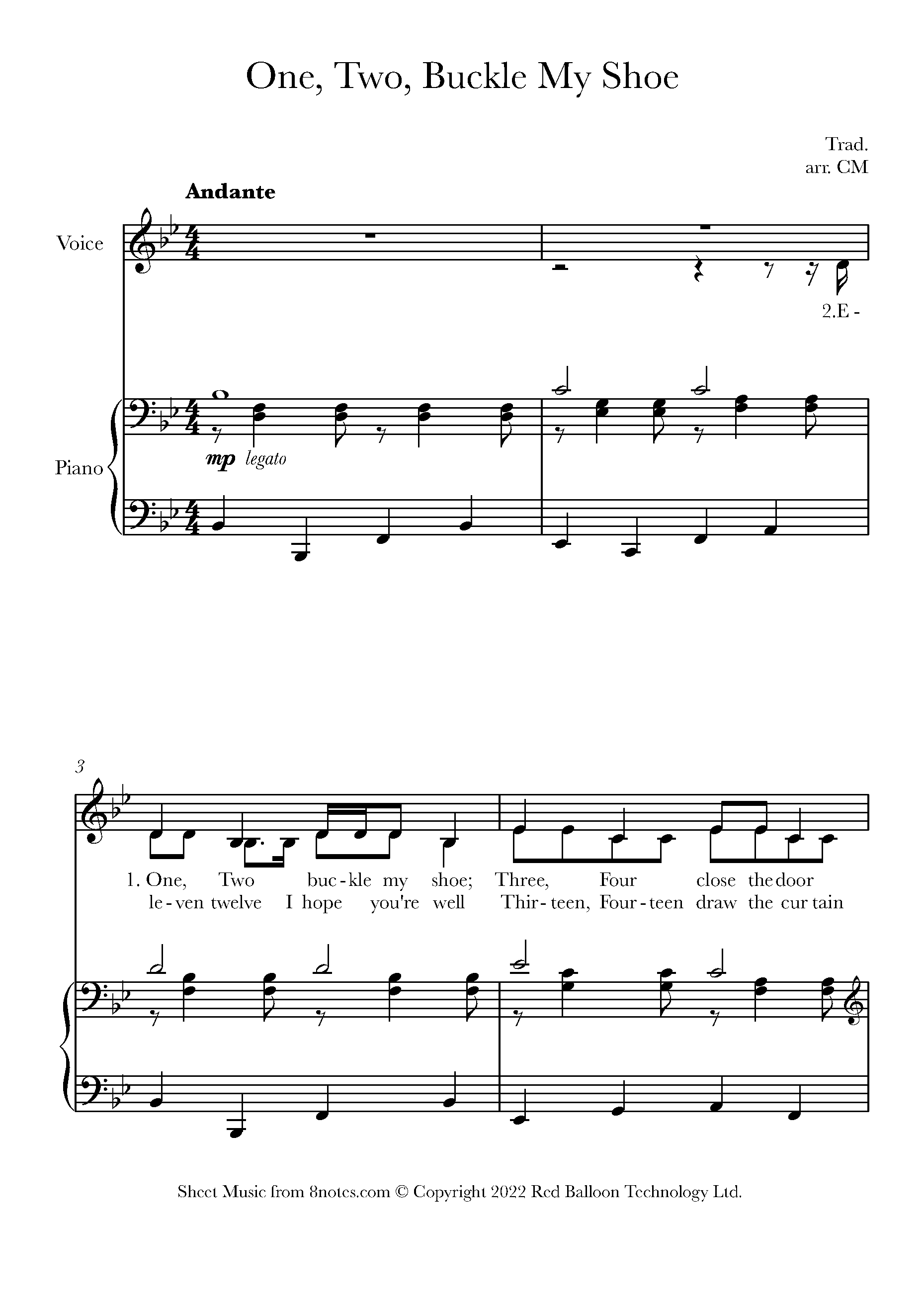 One, Two, Buckle My Shoe

The popularity of "Once I Caught a Fish Alive" derives from its propulsively catchy melody and that it gets directly to the business of counting and in the right order (i.e. upwards not down). This makes it ideal for teaching counting to very young children. The first recorded instance of the tune, in 1765, didn't refer to a fish, but to a hare ('I caught a hare alive").

LYRICS:
One, two, three, four, five
Once I caught a fish alive
Six, seven, eight, nine, ten
Then I let it go again 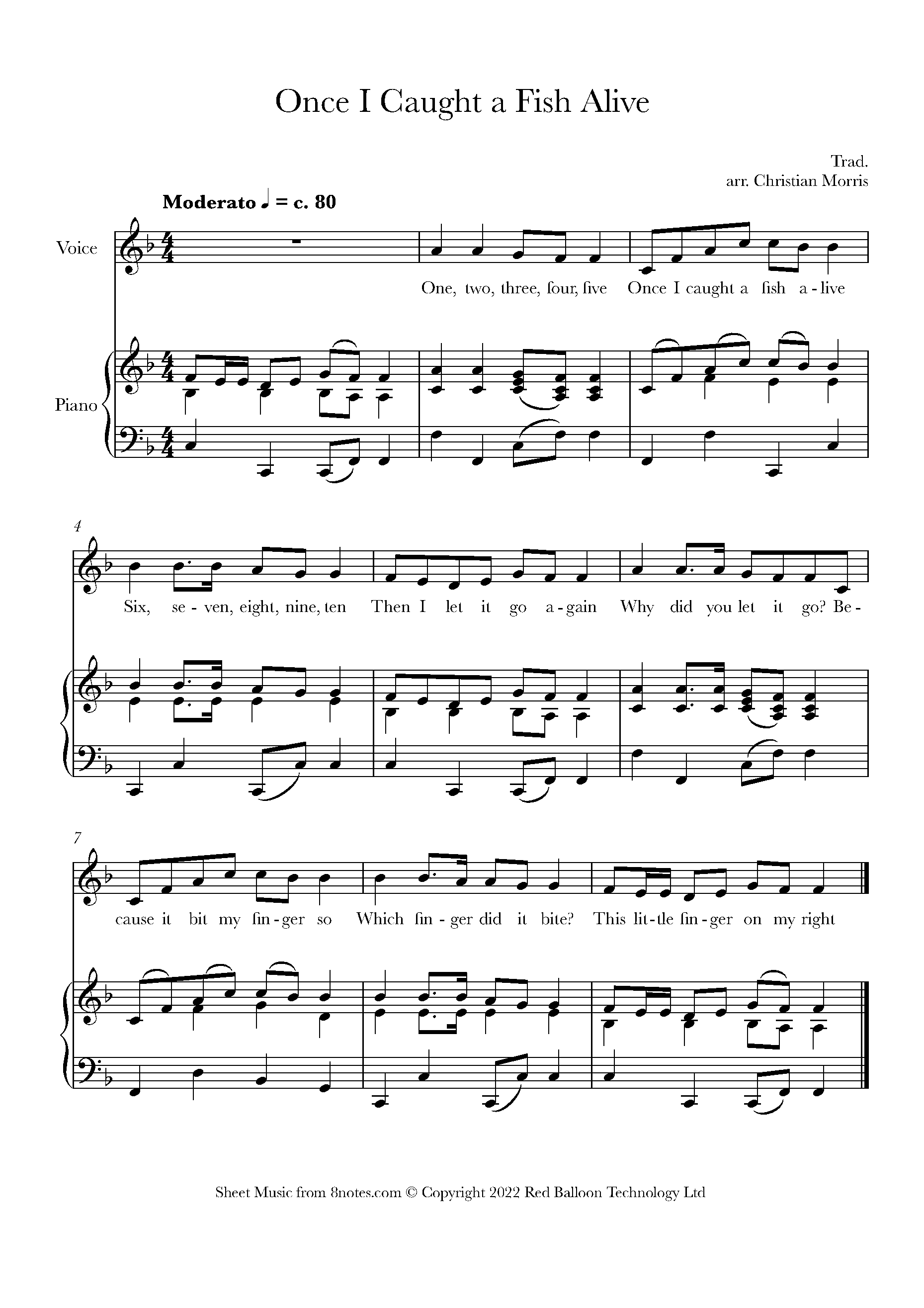 Once I caught a fish alive

The earliest known version of "Ten Green Bottles" appears to date from the 14th century, beginning with the line "Syxthene boetell gryne." Others however, have claimed a more modern heritage, with "Green Bottles' being slang for the Metropolitan Police after its formation in 1829. The song has also lent itself to parody, in World War II, for example, a variation being sung to the words "Ten German Bombers." Other variations, especially those heard in rugby grounds, are rather less salubrious.... 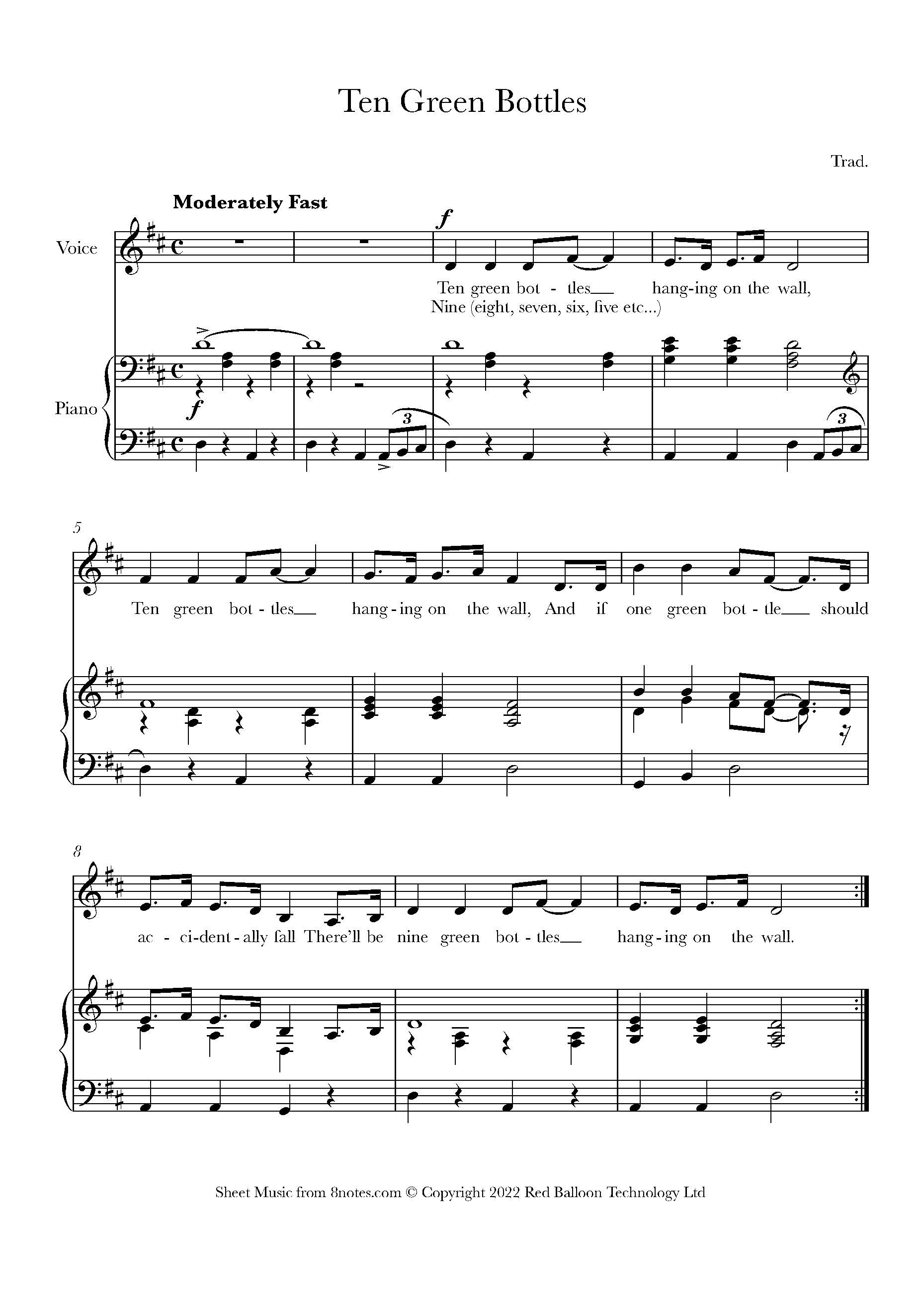 A traditional British counting song that may have originated as a harvest-time entertainment for children in the fields. It can be performed counting both up and down. 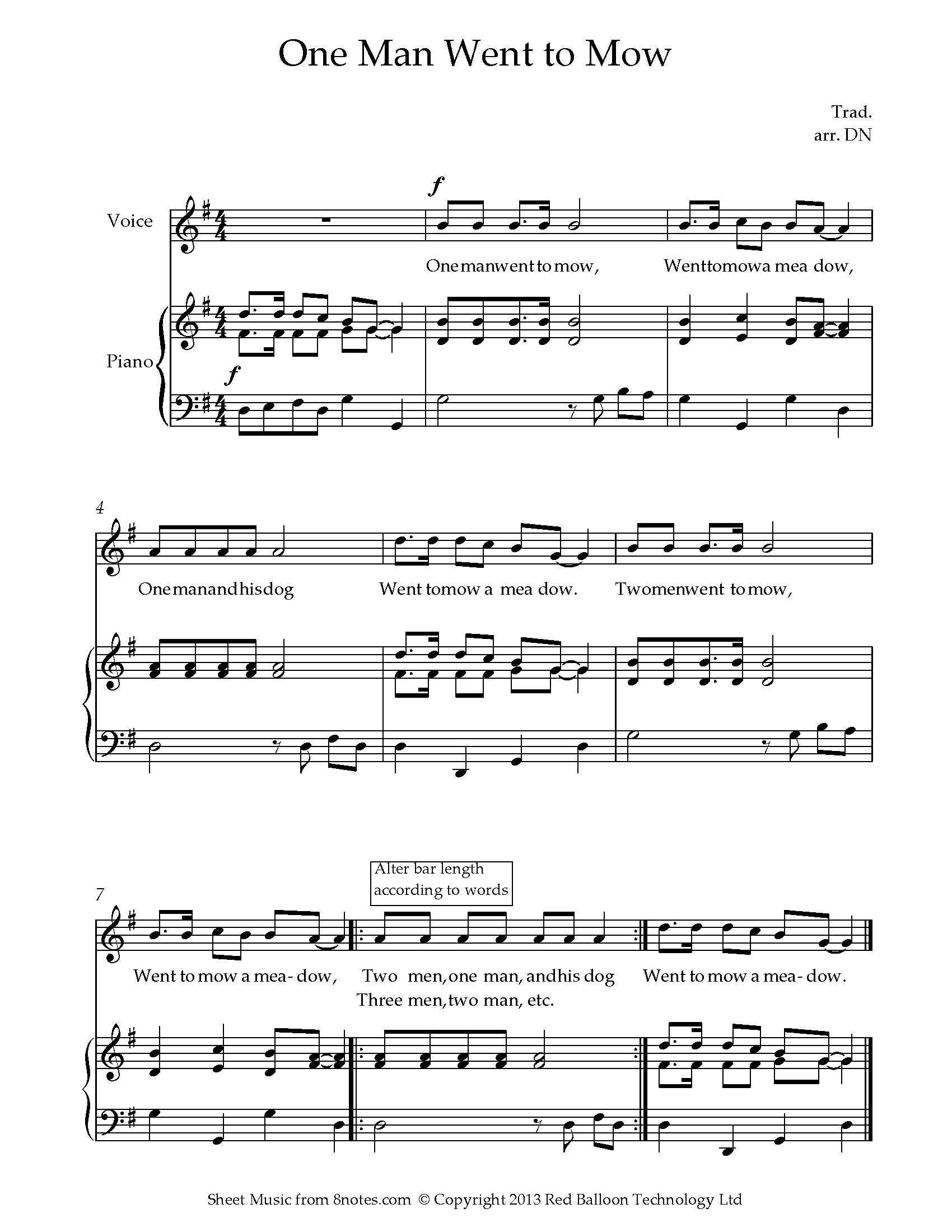 One Man Went to Mow

A popular scouting song, first recorded in Nova Scotia, Canada in 1885. The song is often accompanied by actions. In one version, on the command "spuds up!" the children to be counted out extend clenched fists. One child recites the rhyme while using their own fist to tap each of the others in turn. The child whose fist is tapped on the final word "more" puts that fist behind their back. The whole process is repeated several times until only one fist remains. That child then becomes "it". 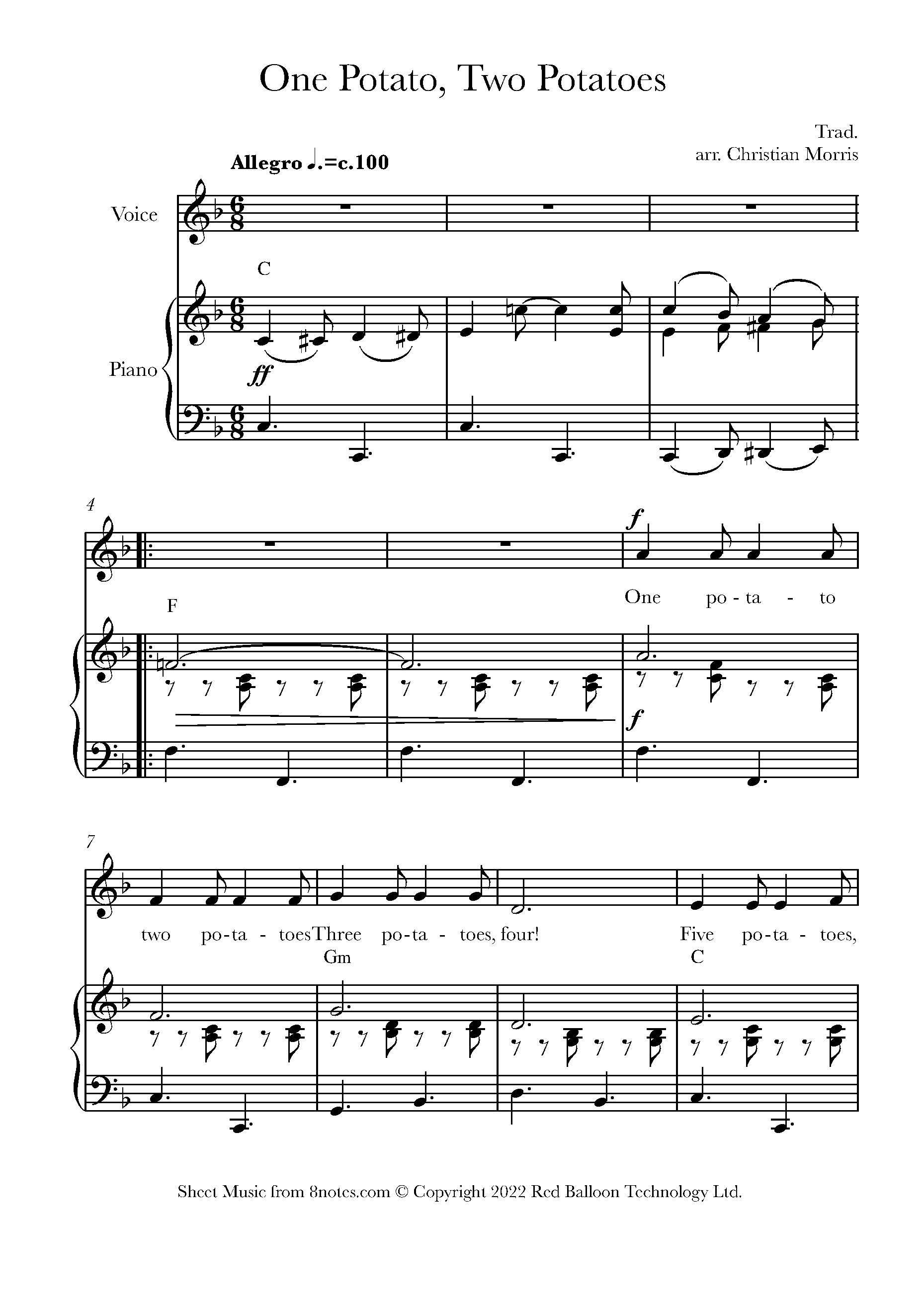 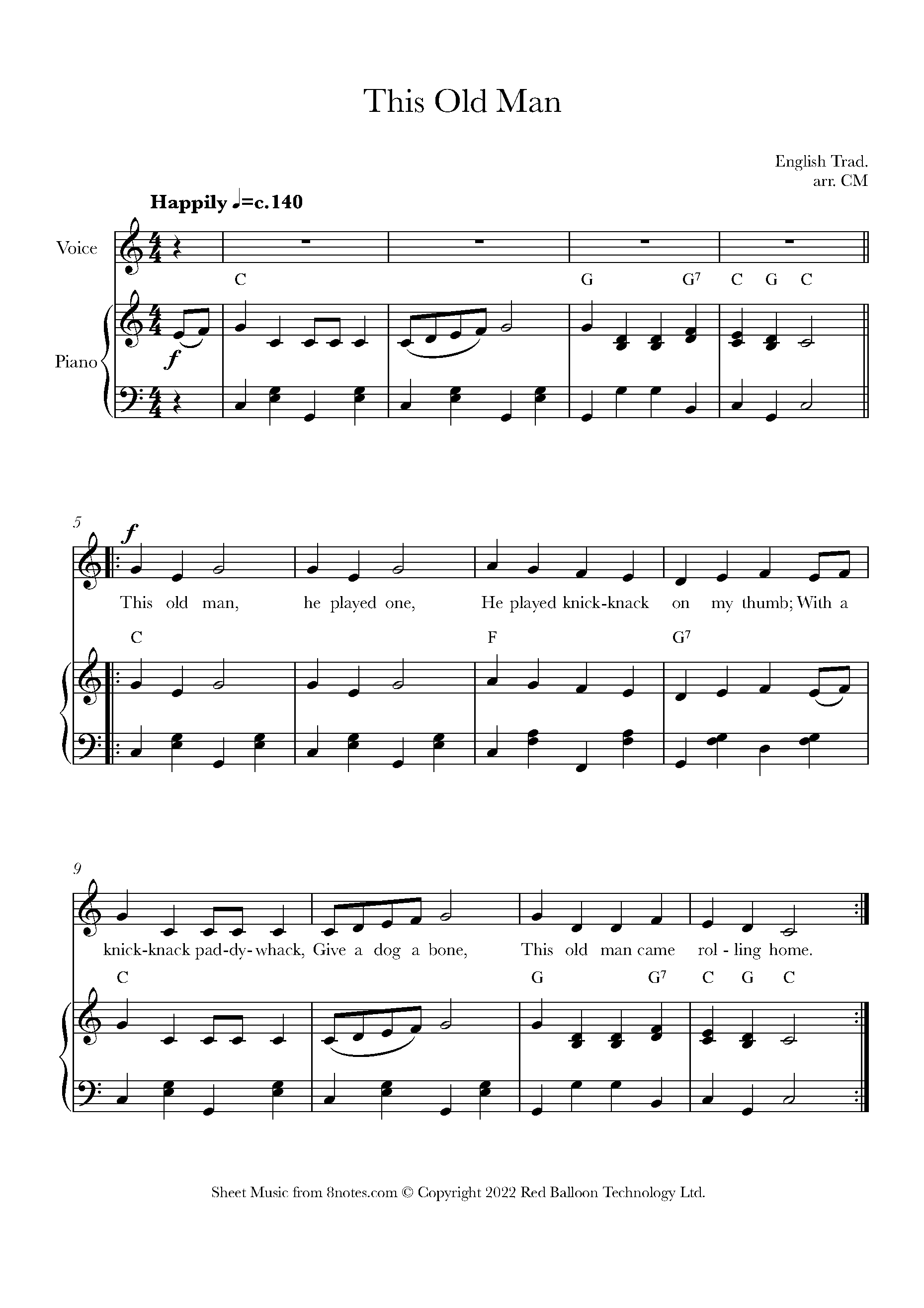 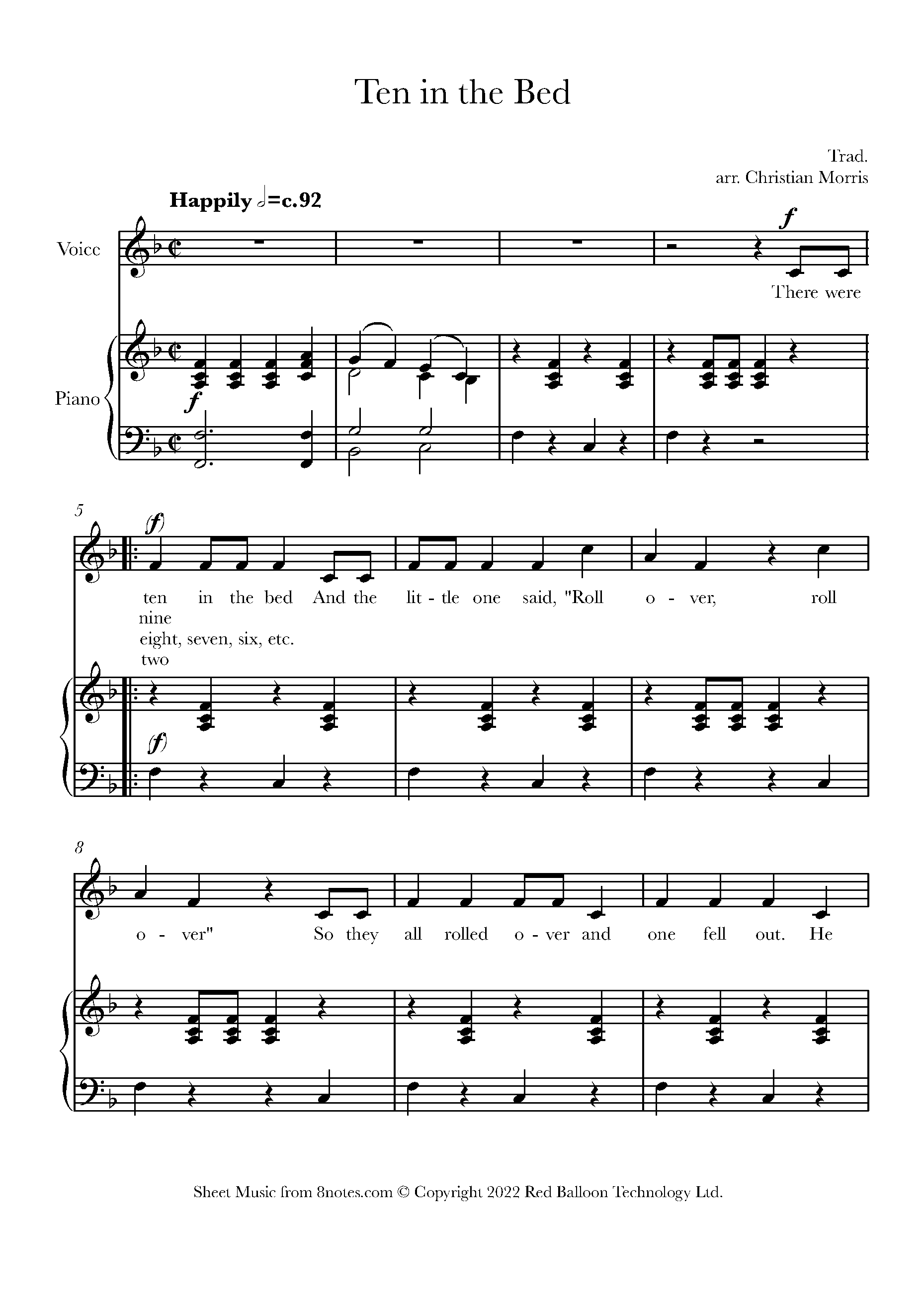