A collection of easy ragtime pieces for Easy Guitar. Arrangements for solo guitar in fingerpicking style, with tab and standard notation. As well as pieces for guitar with piano accompaniment 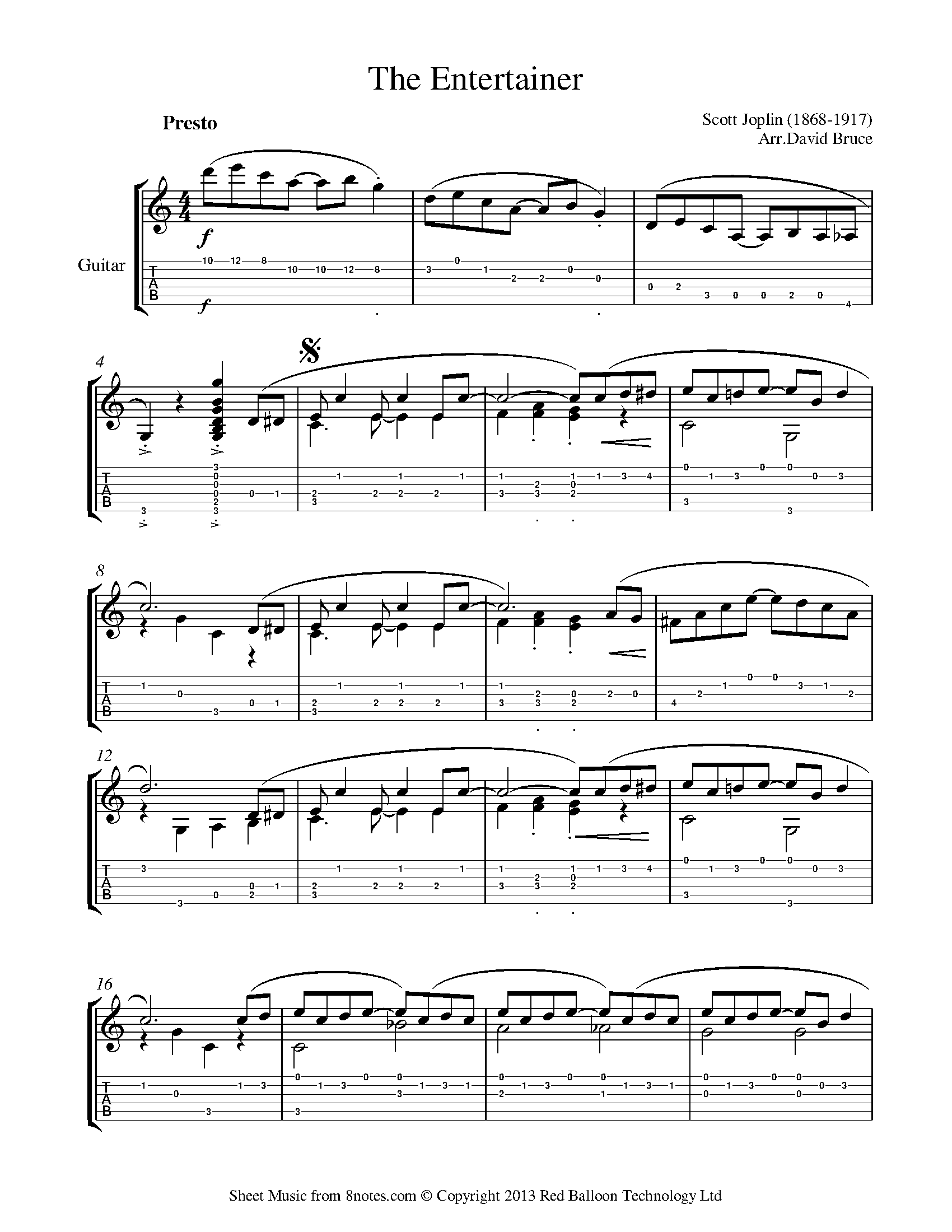 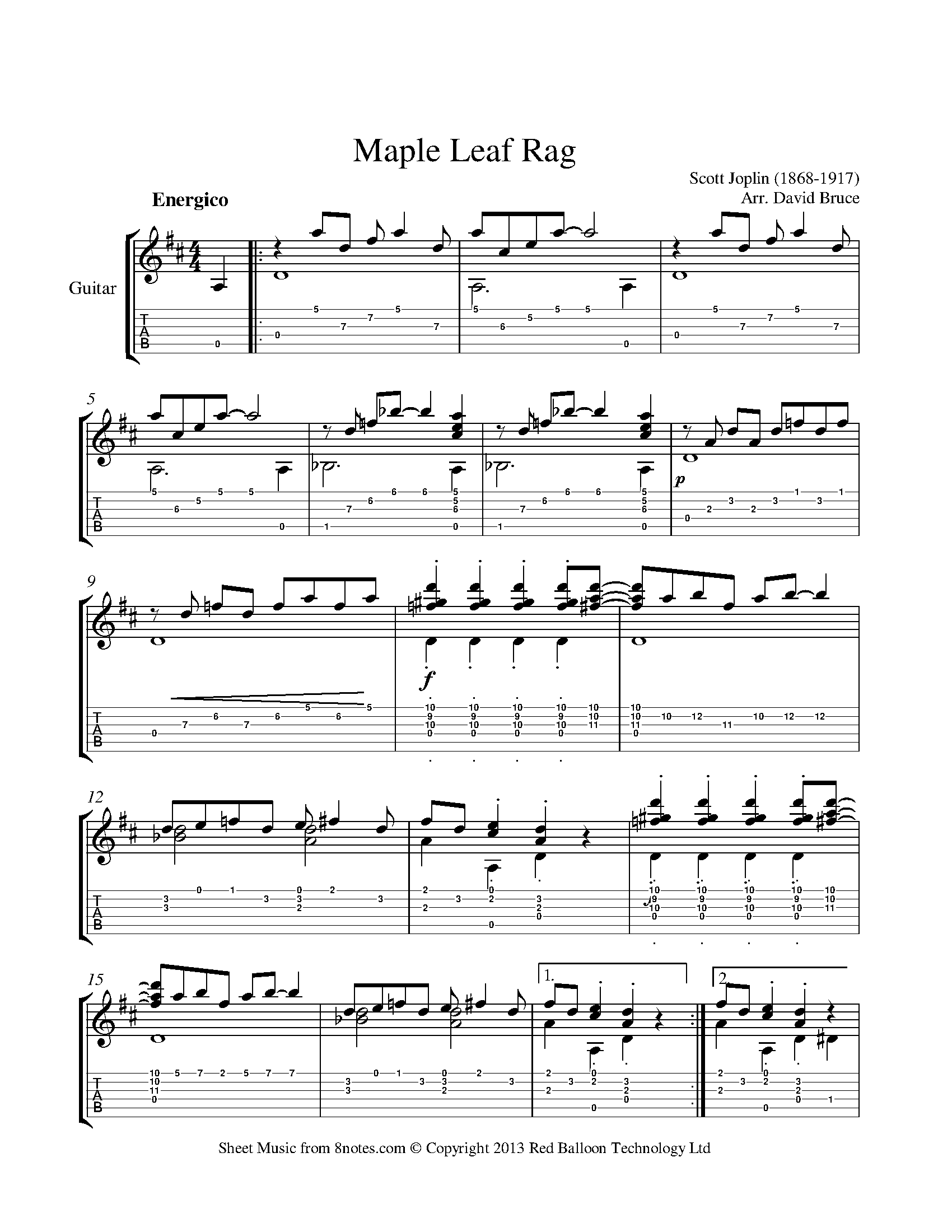 A fun ragtime piece in ABA form by composer and Youtuber, David Bruce. Perfect for intermediate players who are new to the ragtime style. 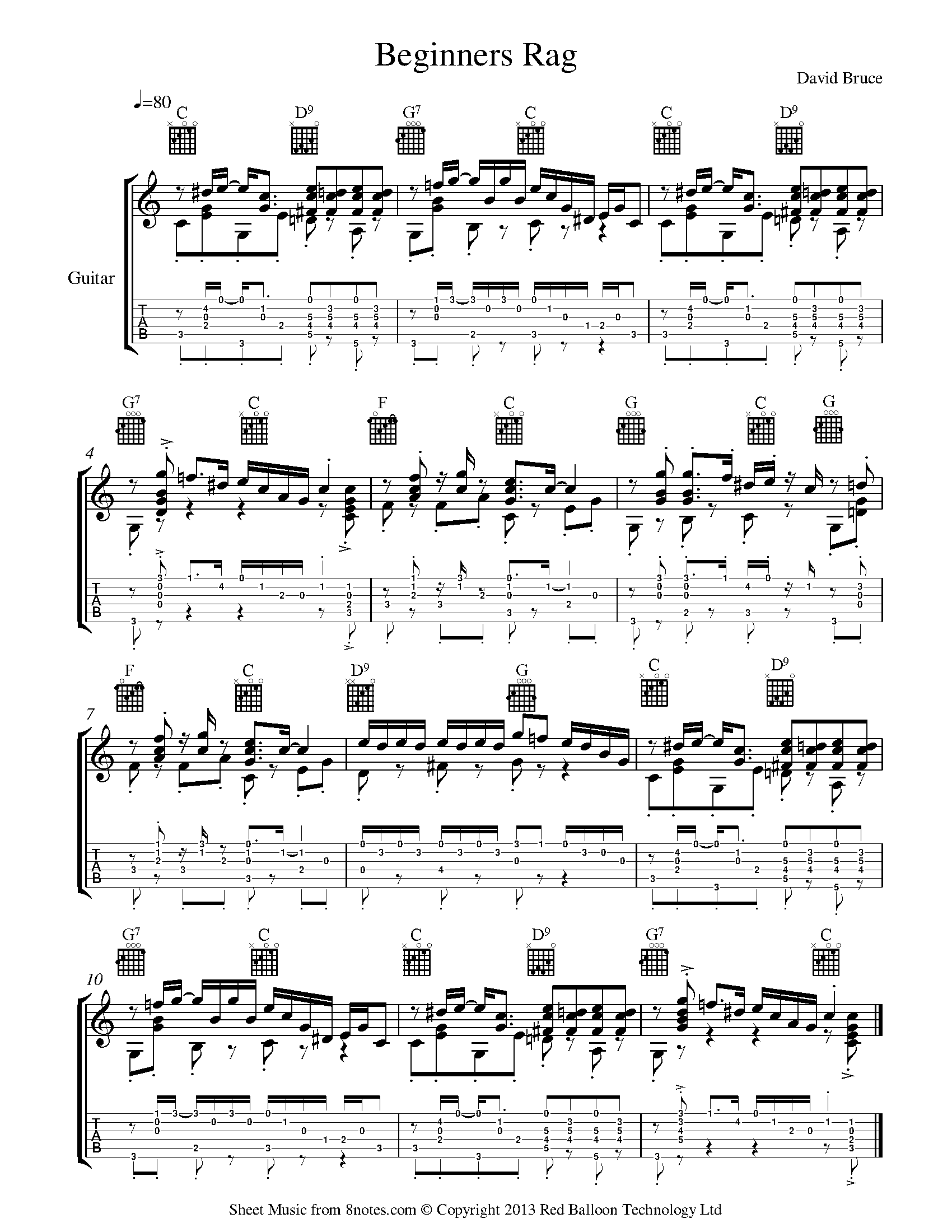 A charming and relaxed number in old-fashioned finger-picking guitar style. 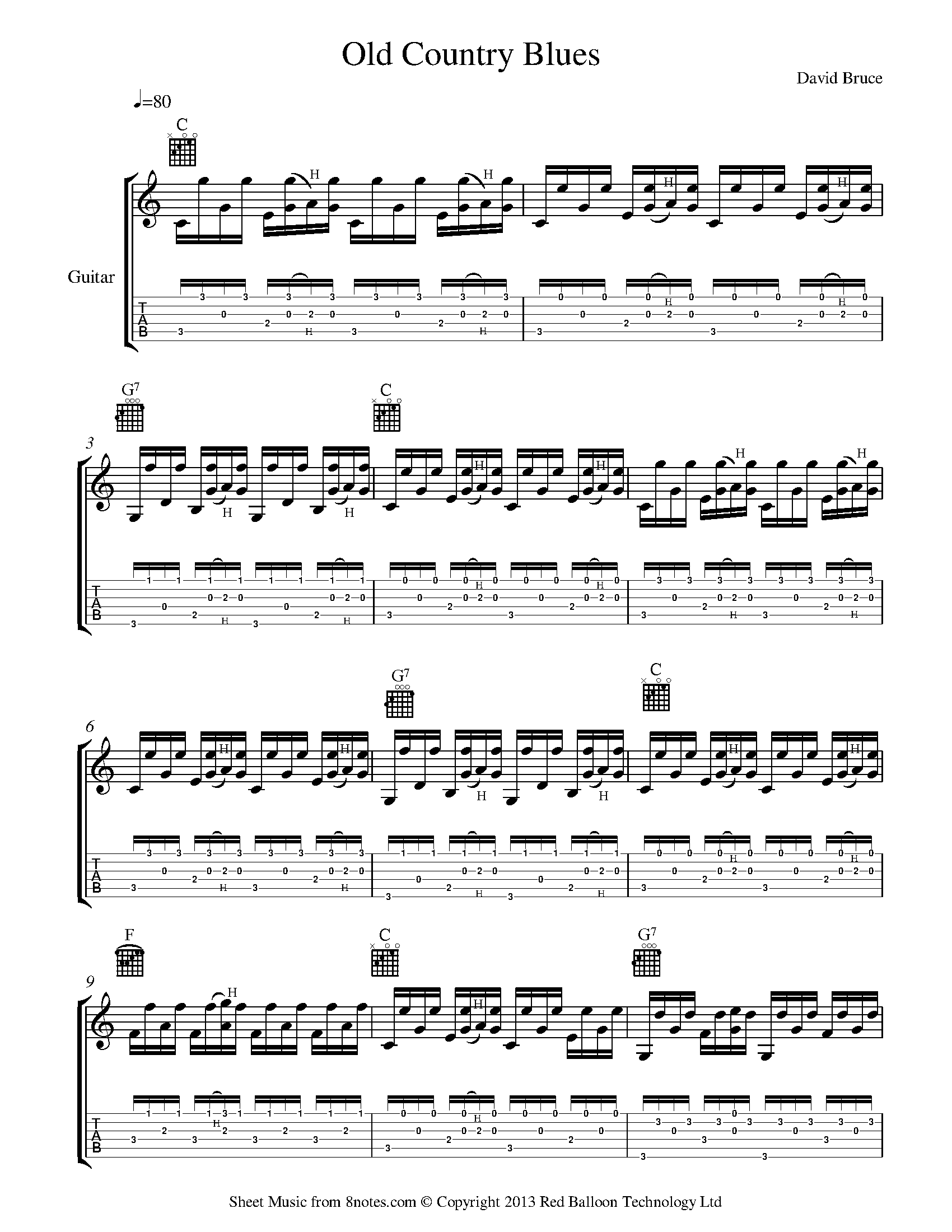 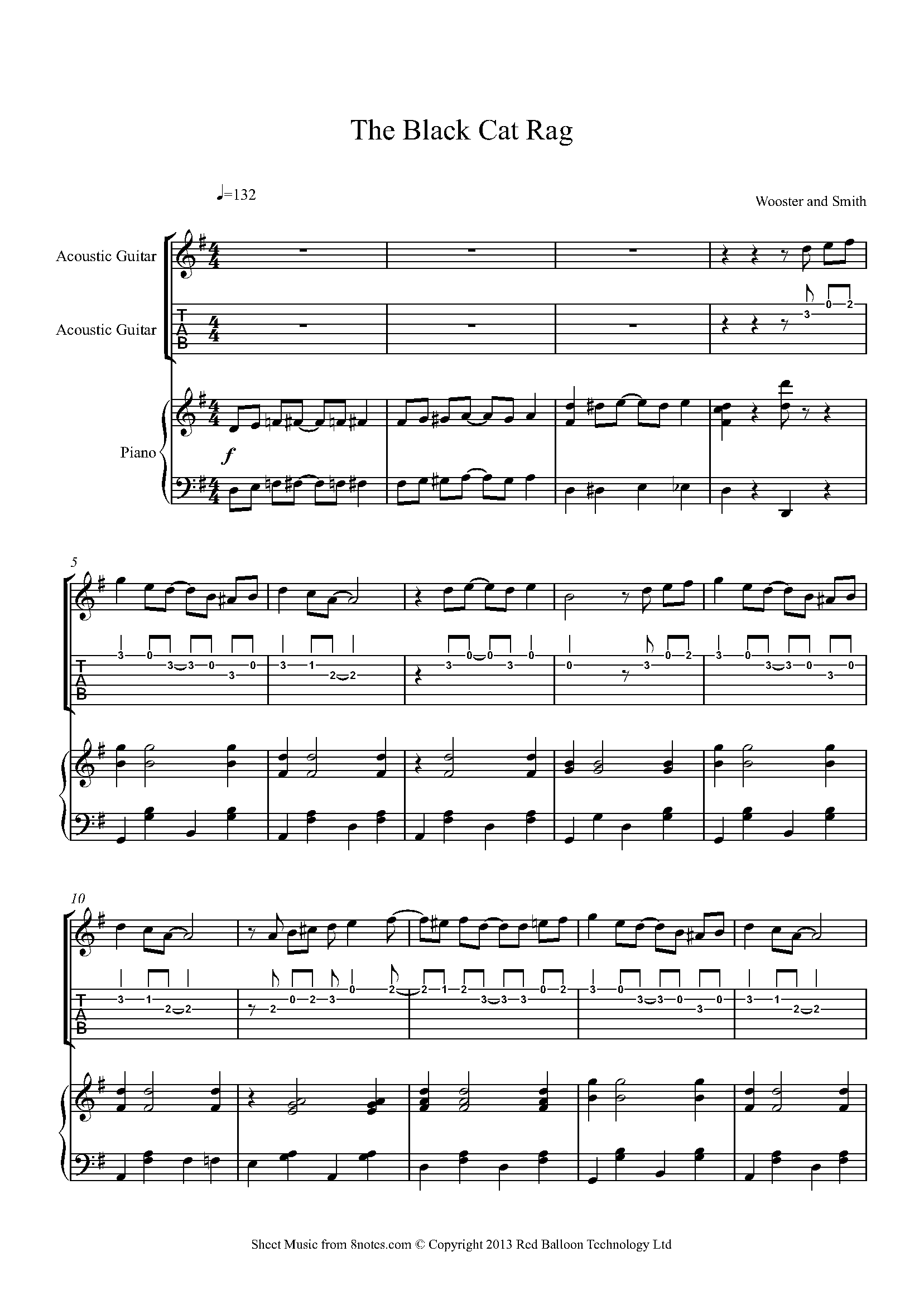 The composer of this widely known and much-performed rag is, sadly, unknown. It contains many of the classic features of the style, including tricky syncopations and a leaping accompaniment. 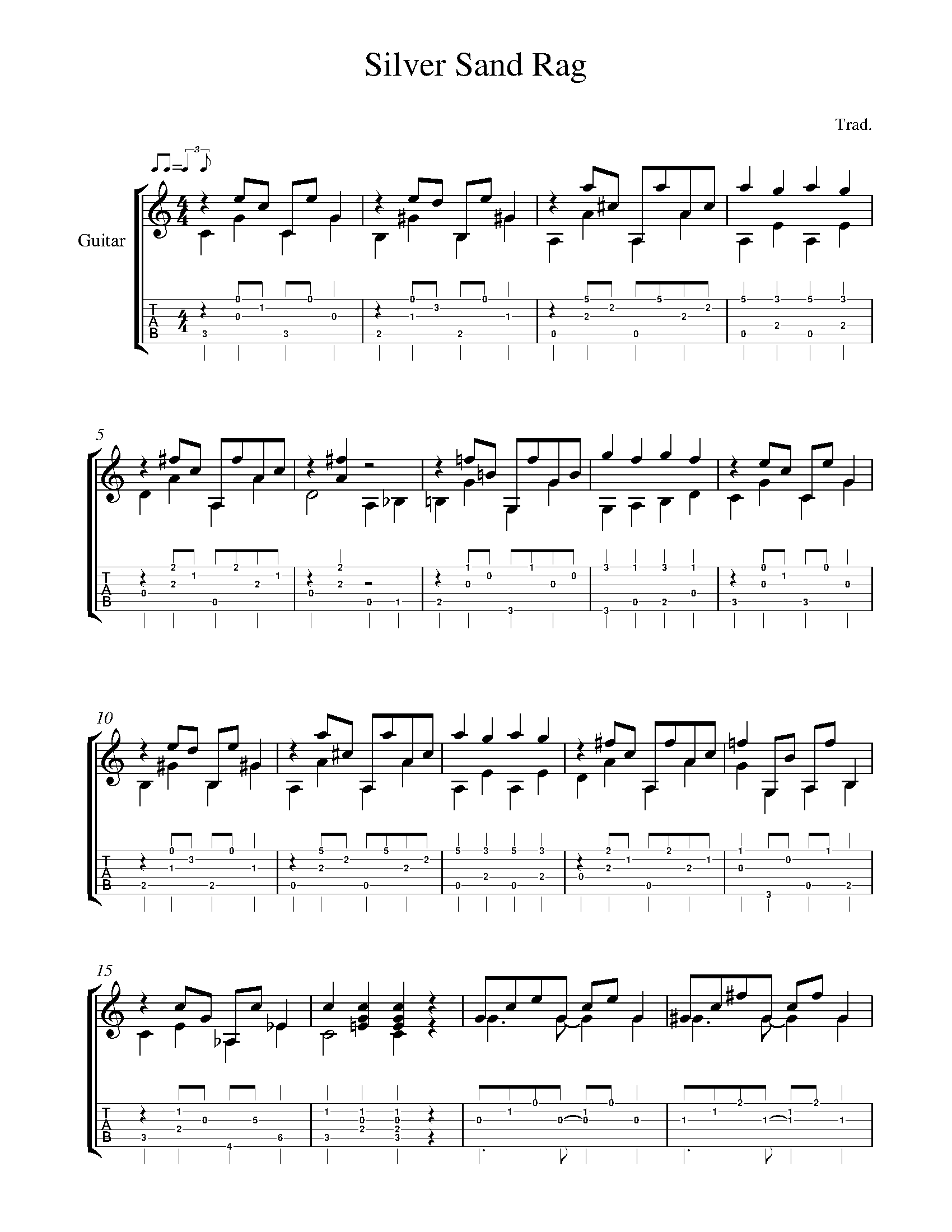 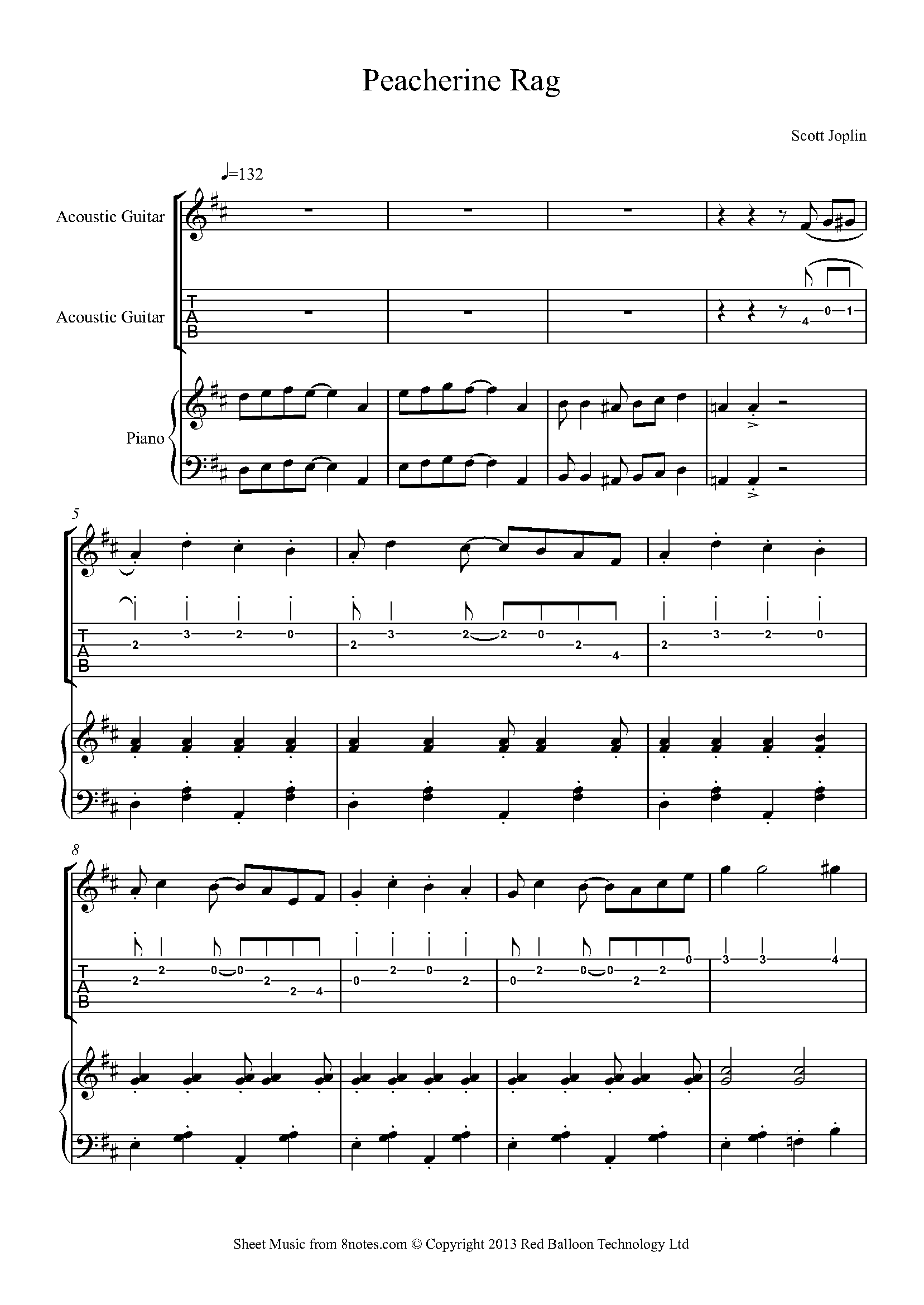