A collection of famous opera arias in original arrangements for Voice with Piano Accompaniment. Easy to Intermediate Level. 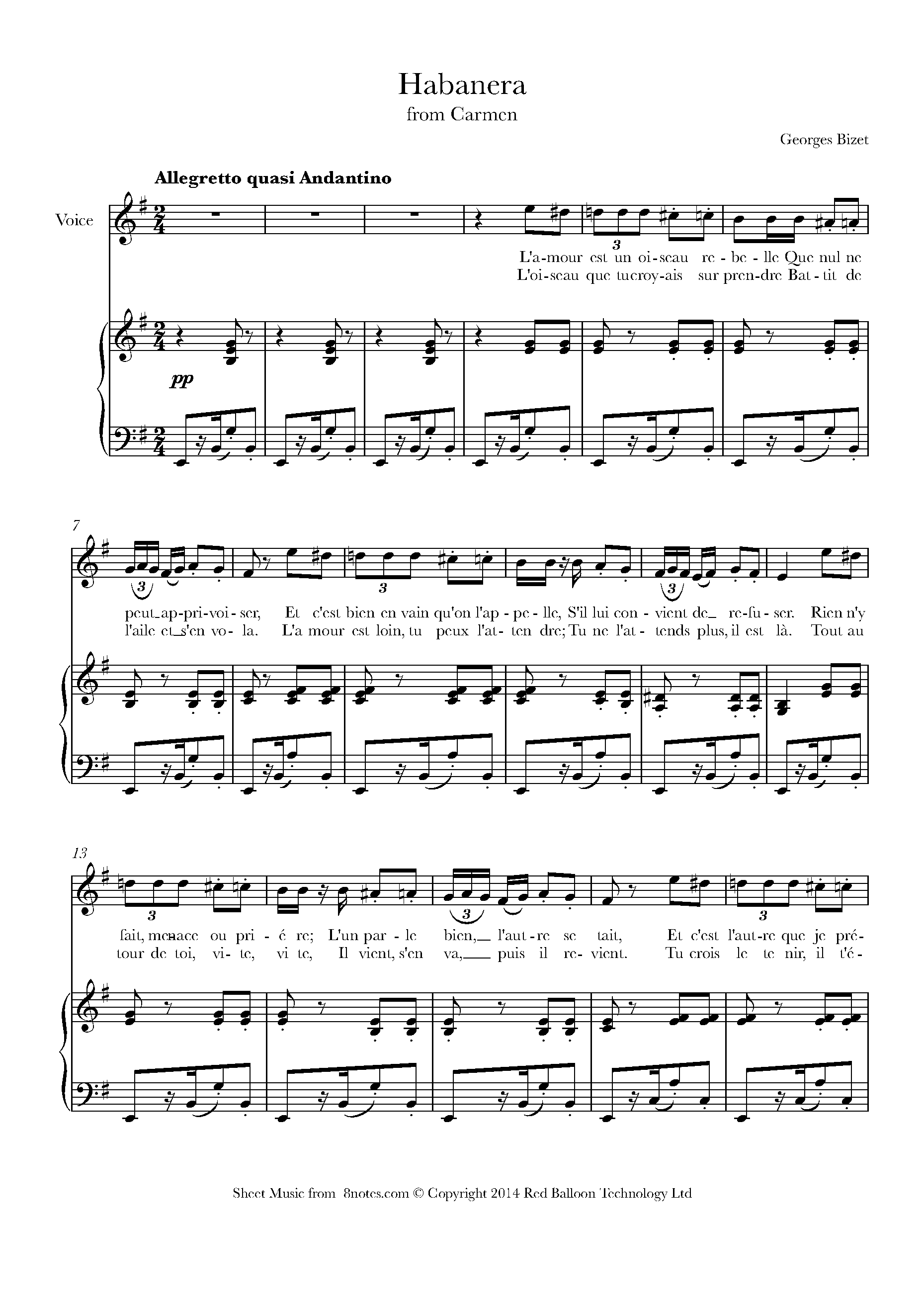 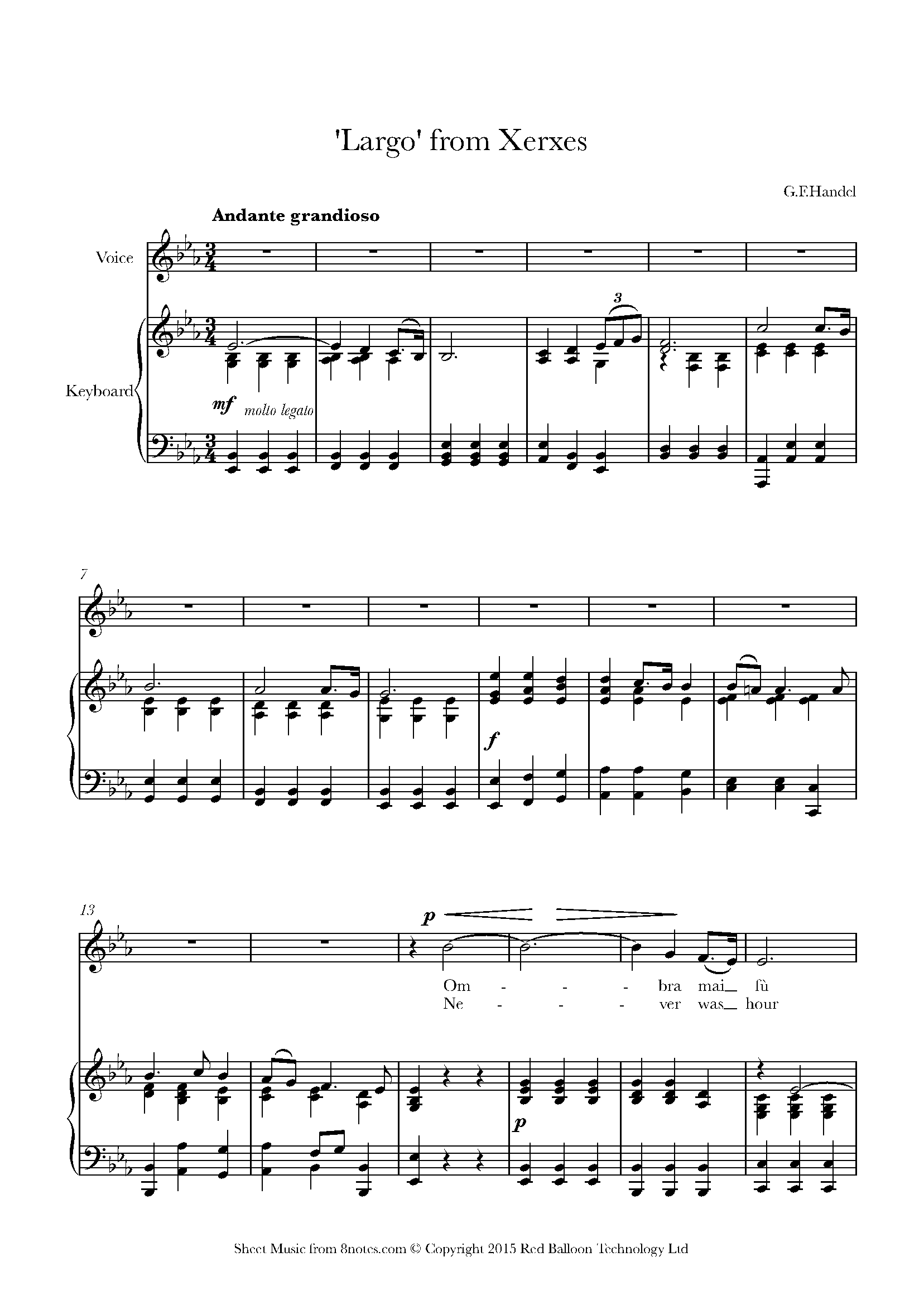 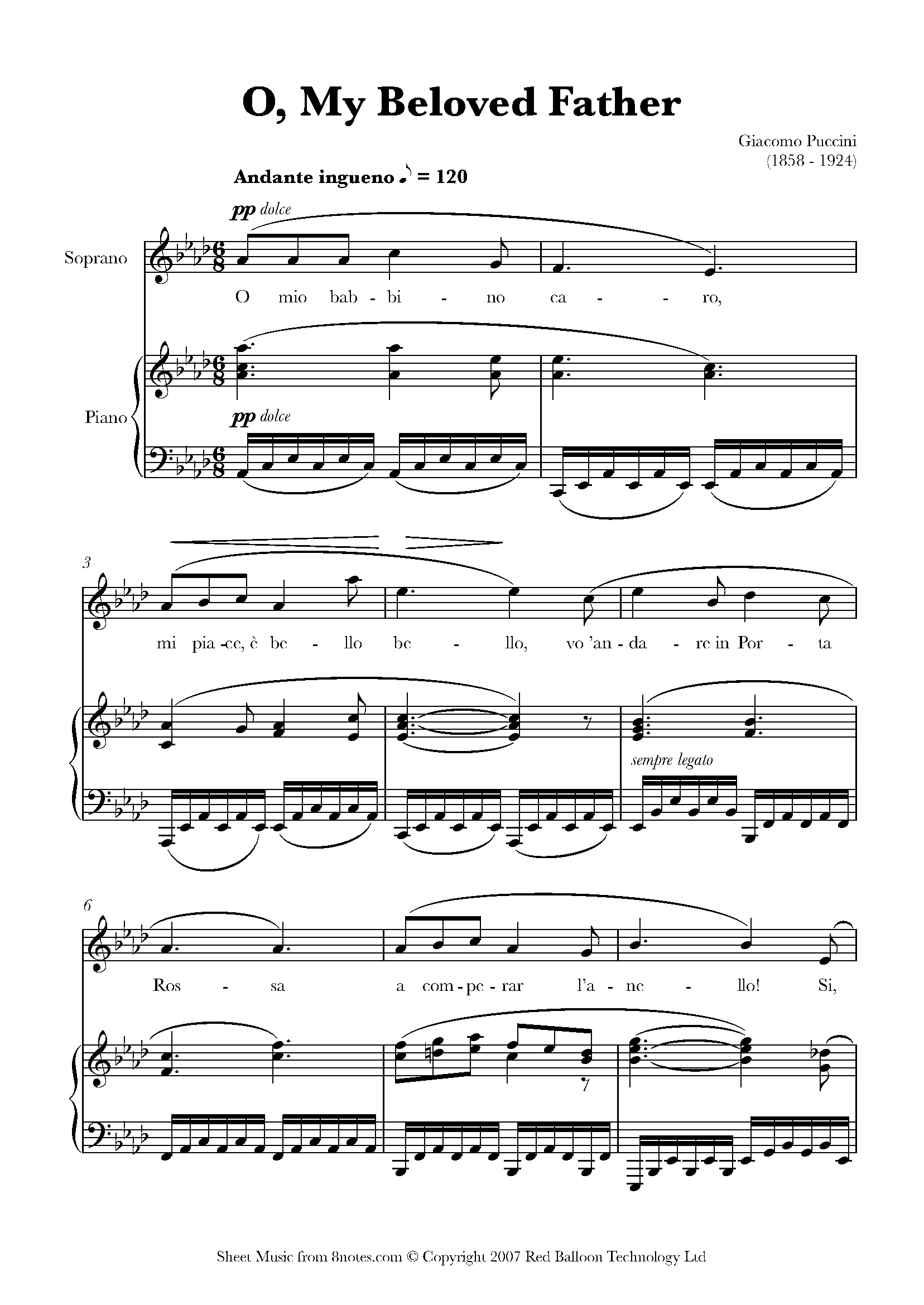 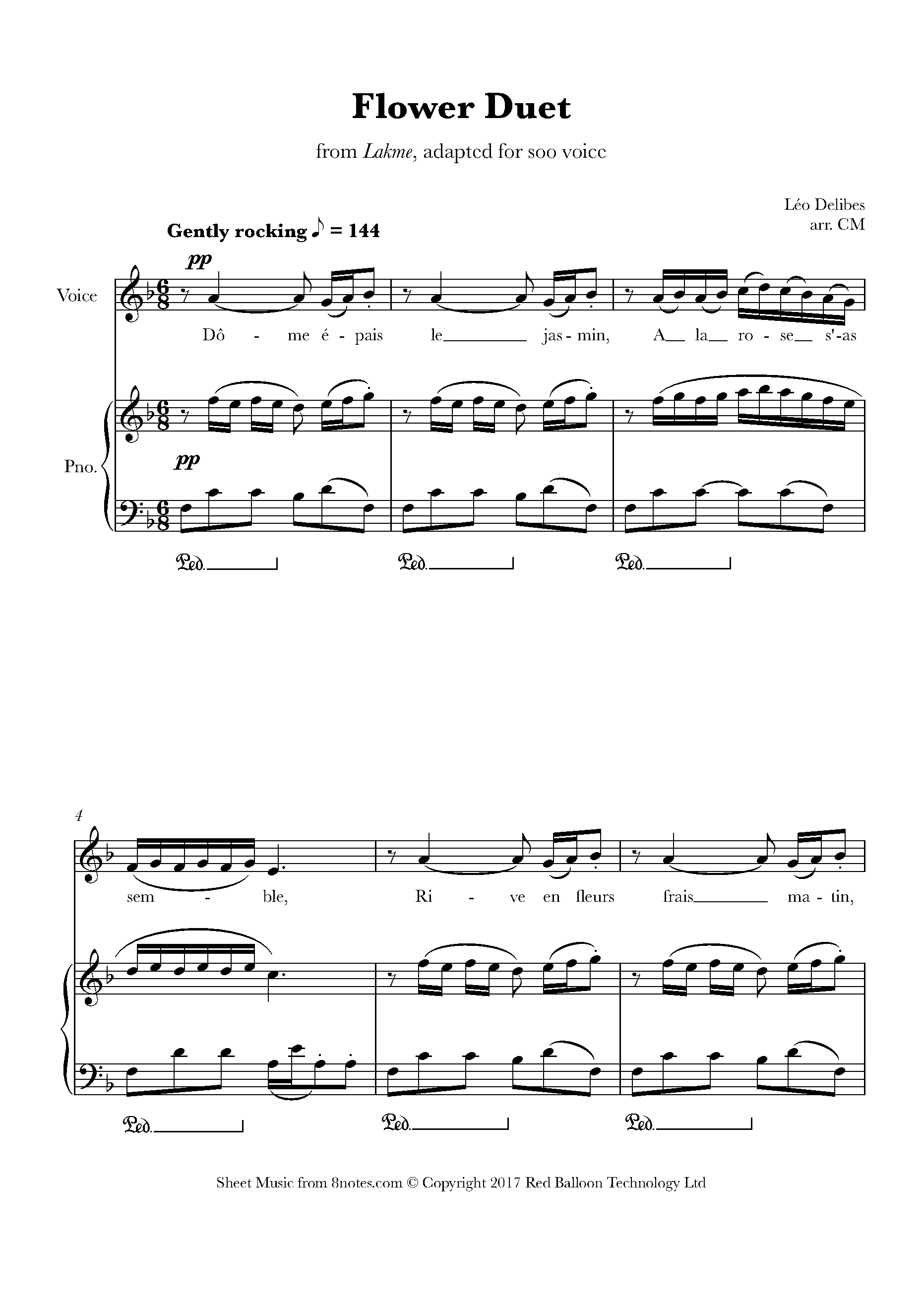 5.   Mozart  -  Sull'aria from The Marriage of Figaro (as used in The Shawshank Redemption) 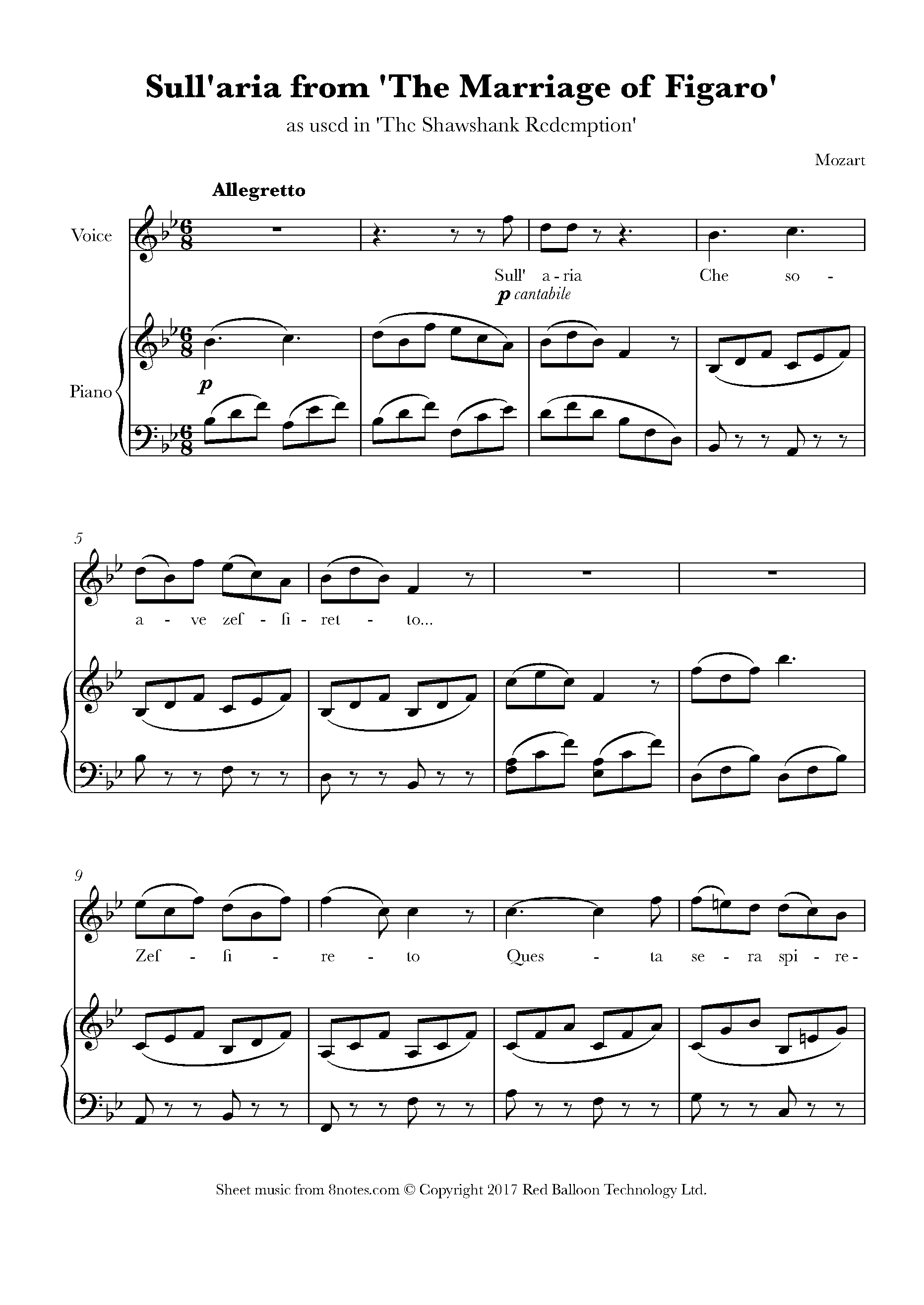 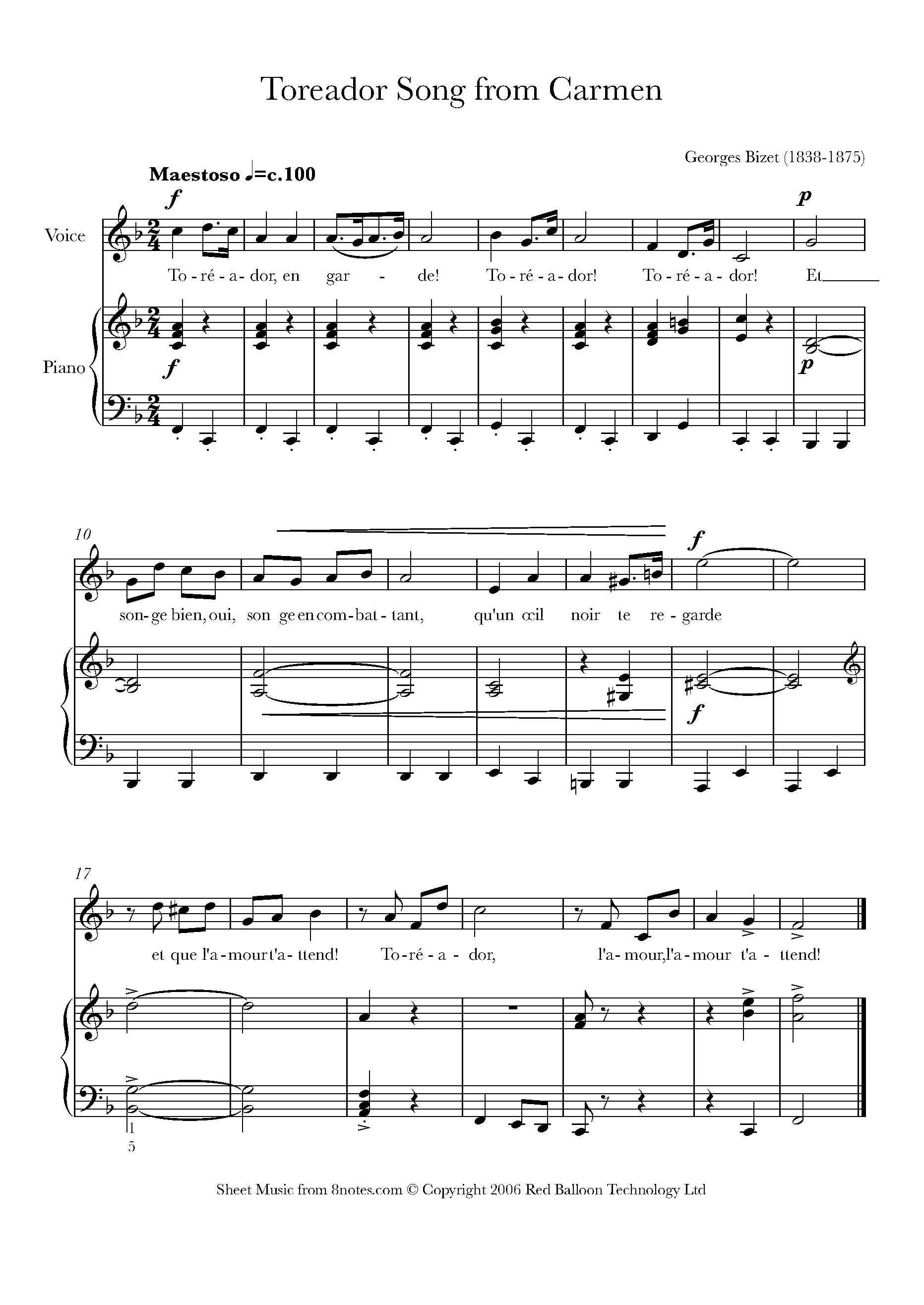 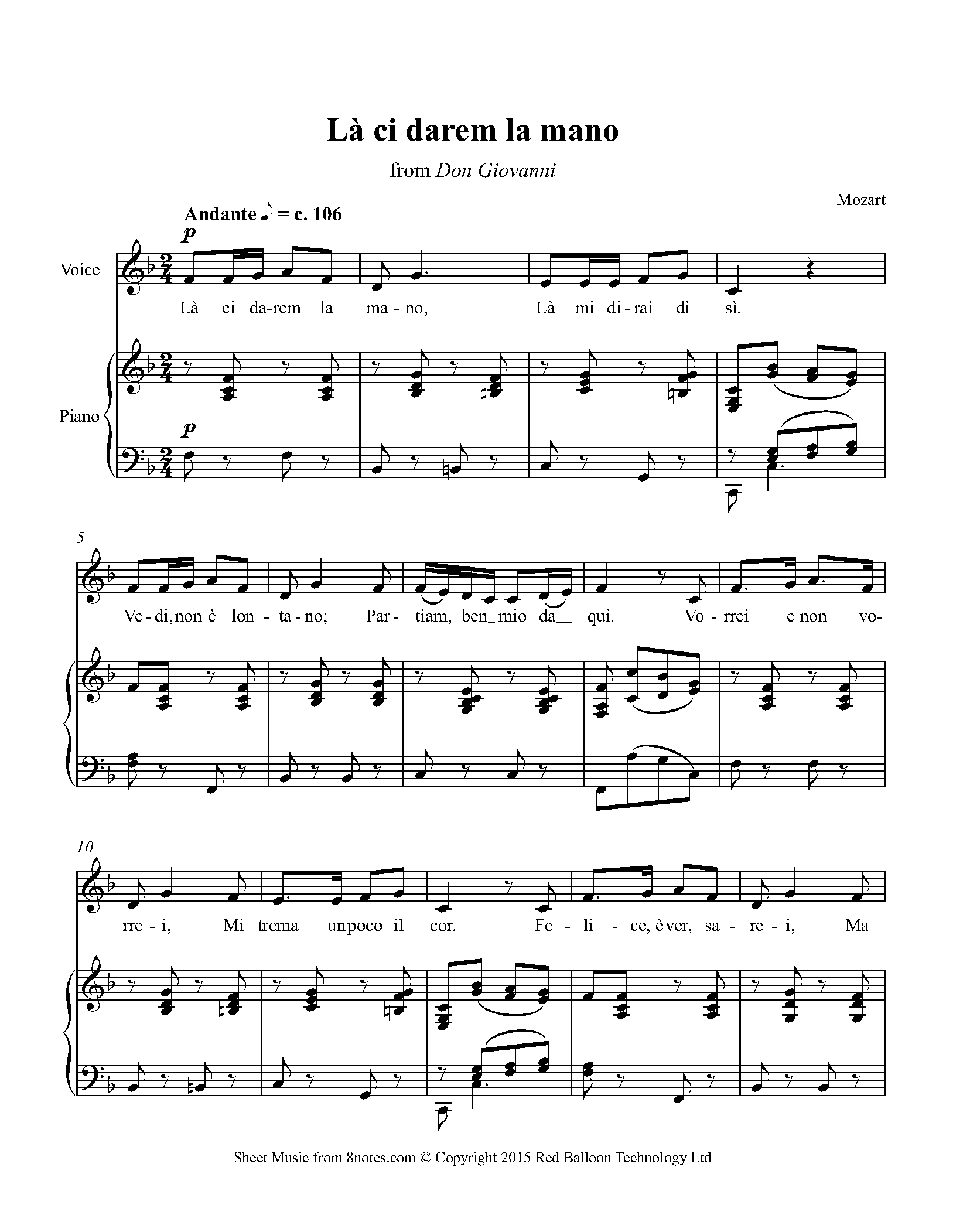 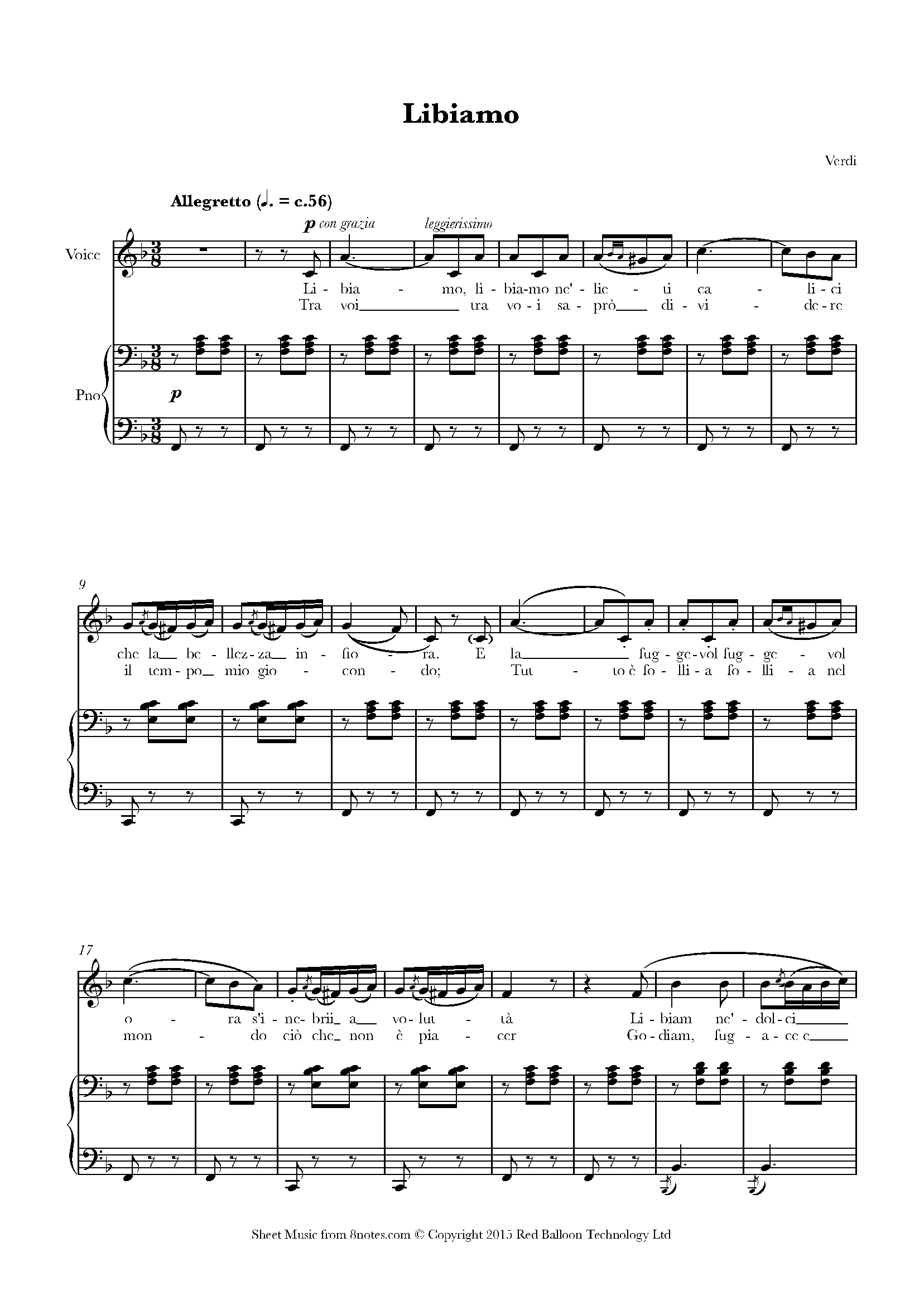 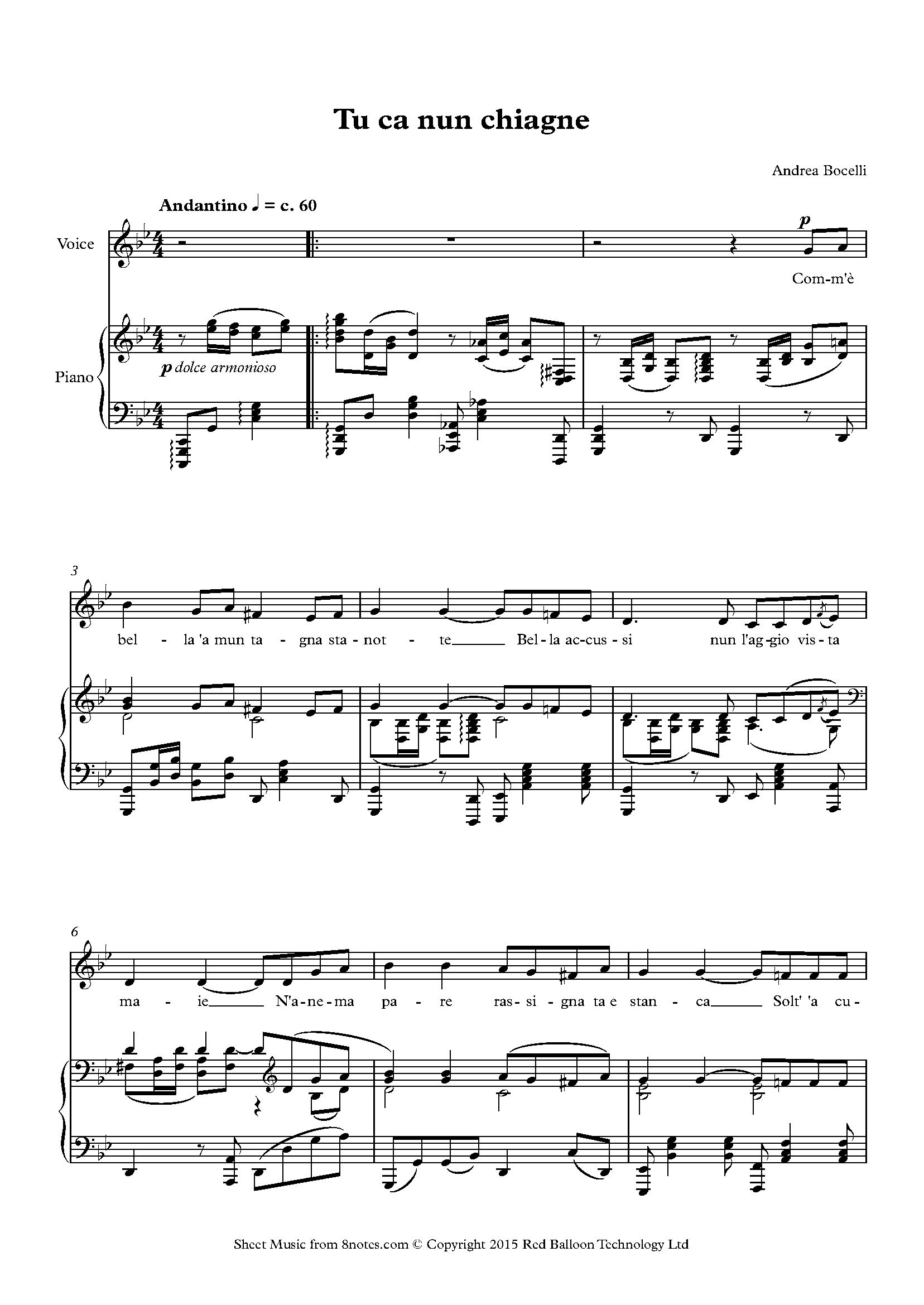 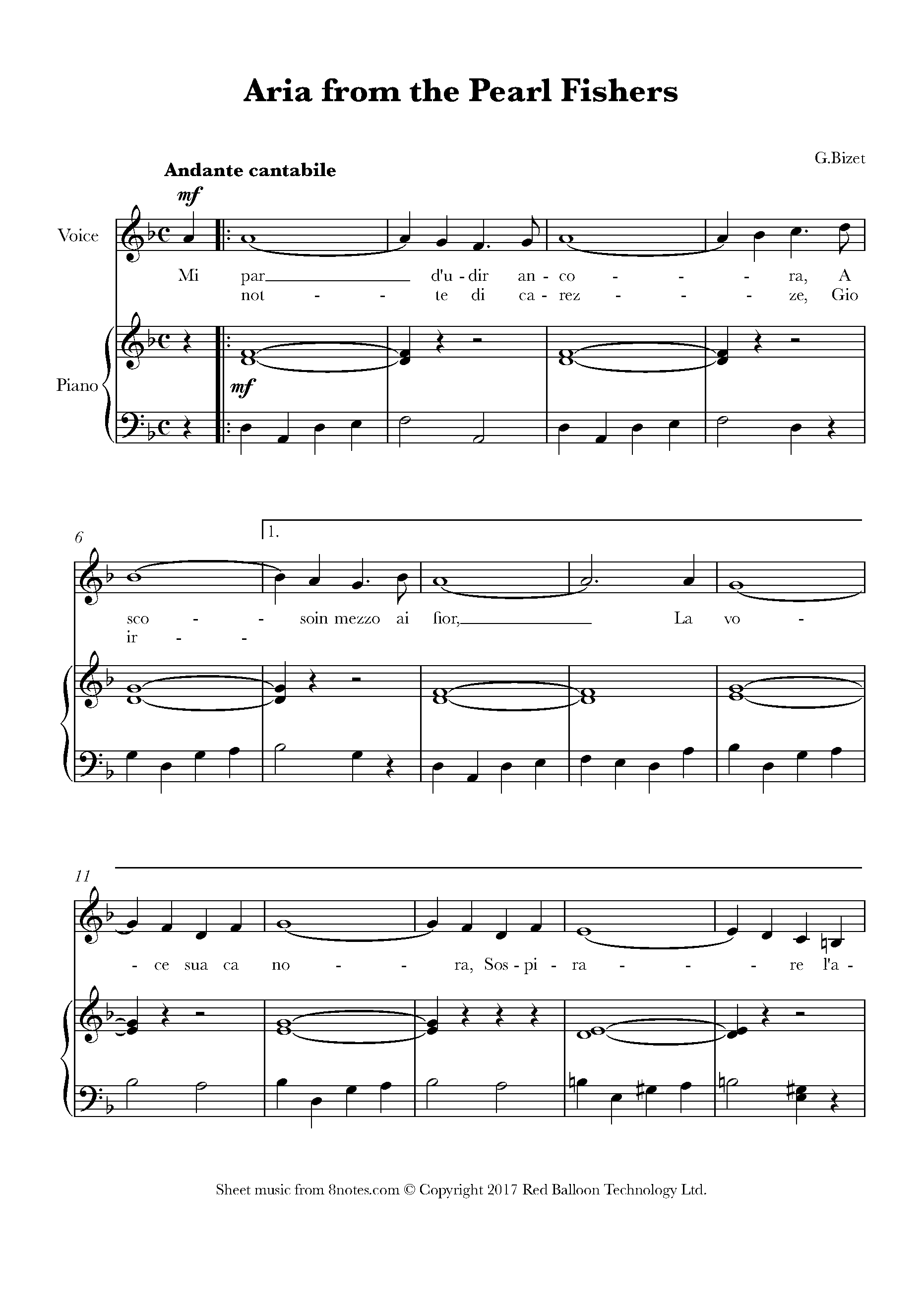 This aria is the Duke of Mantua's 'canzone' from the beginning of act 3 of Giuseppe Verdi's opera Rigoletto. The canzone is famous as a showcase for tenors. In Europe, 'La donna e mobile' is one of the most popular melodies for football chants. 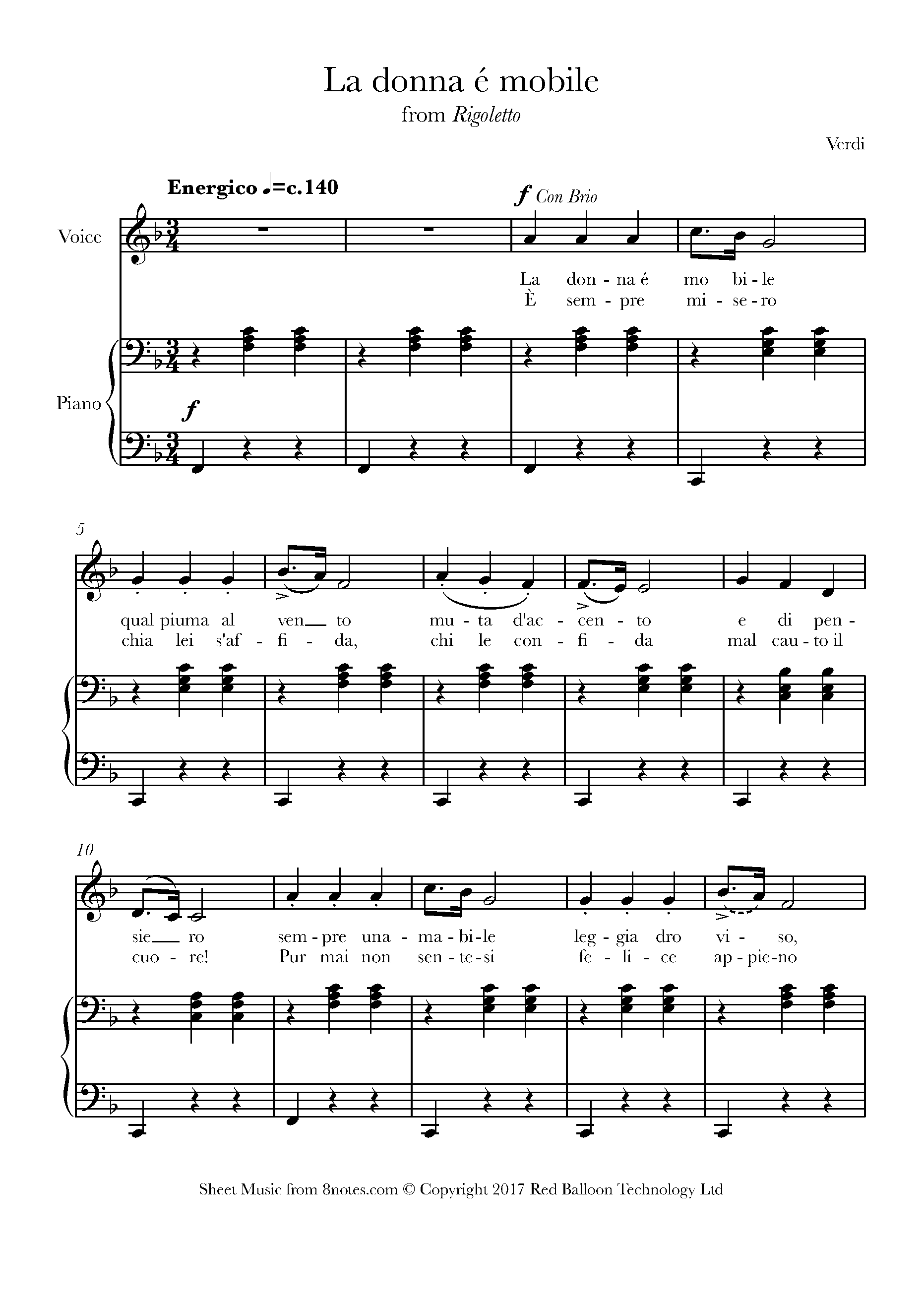