Gilbert and Sullivan Songs for Piano


A collection of famous songs by Gilbert and Sullivan in special arrangements for solo Piano. (Easy to Intermediate Level)

1.   Sullivan  -  Pirate King from The Pirates of Penzance 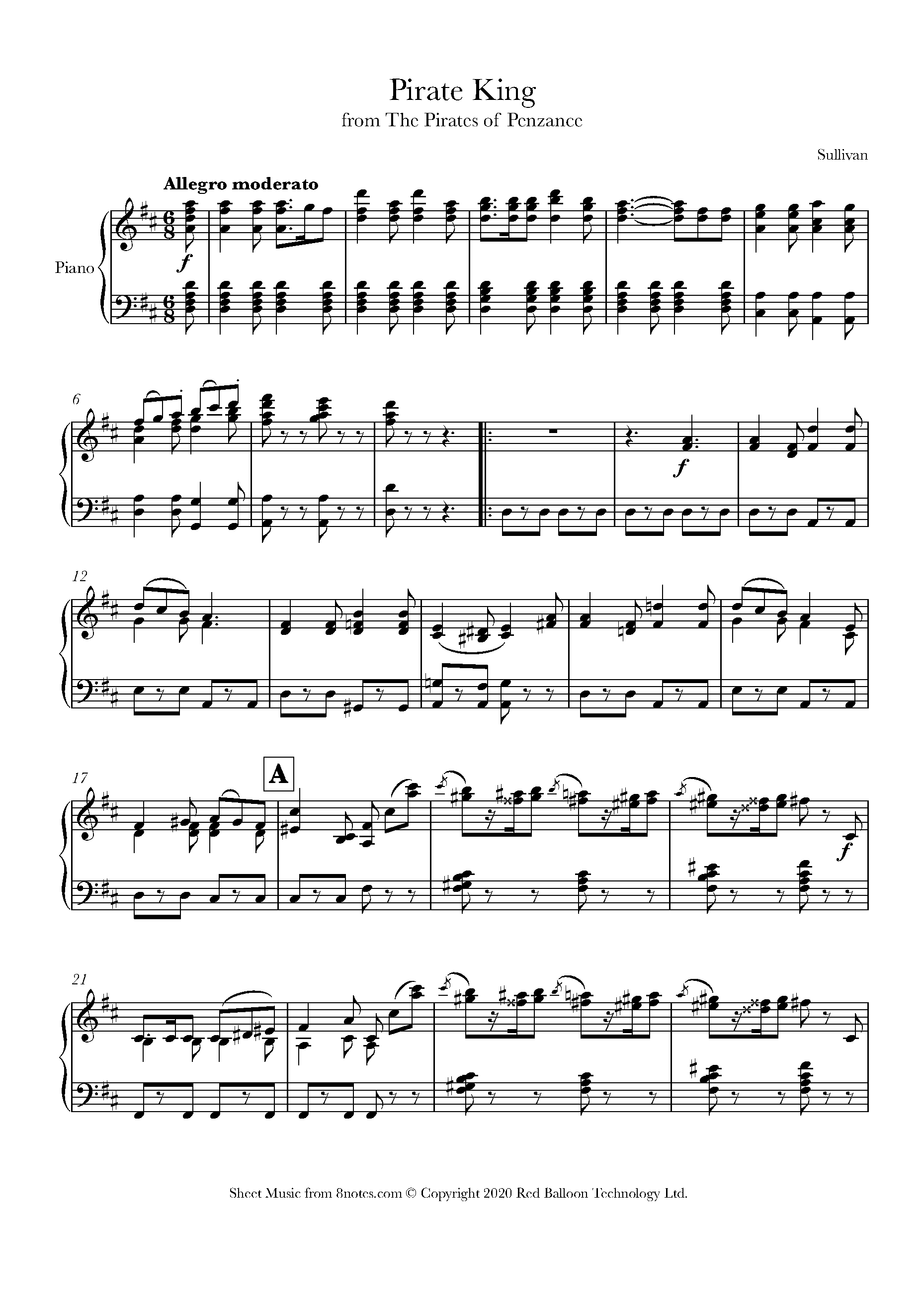 2.   Sullivan  -  With Cat-Like Tread from The Pirates of Penzance 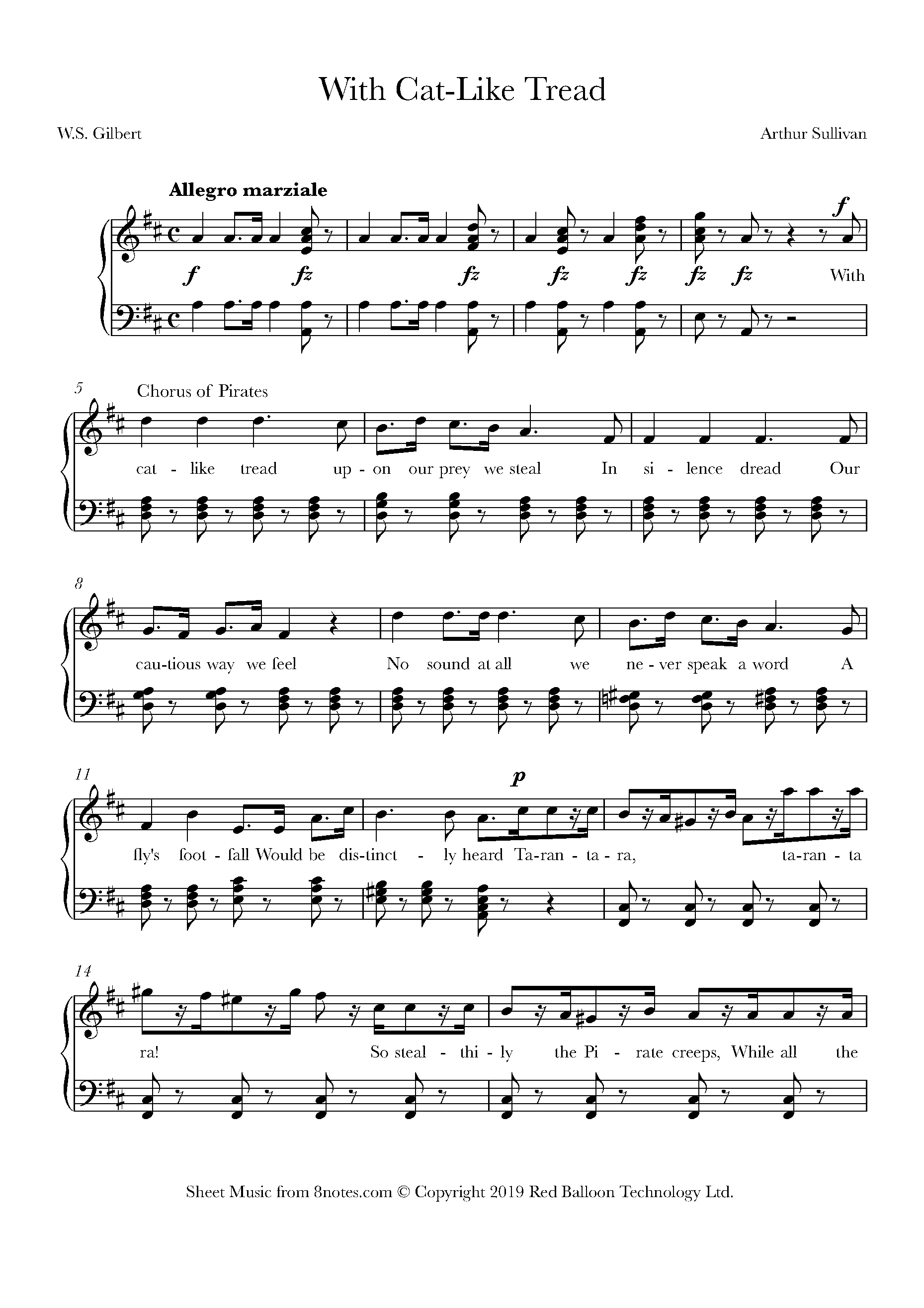 3.   Sullivan  -  A Wandering Minstrel I from The Mikado 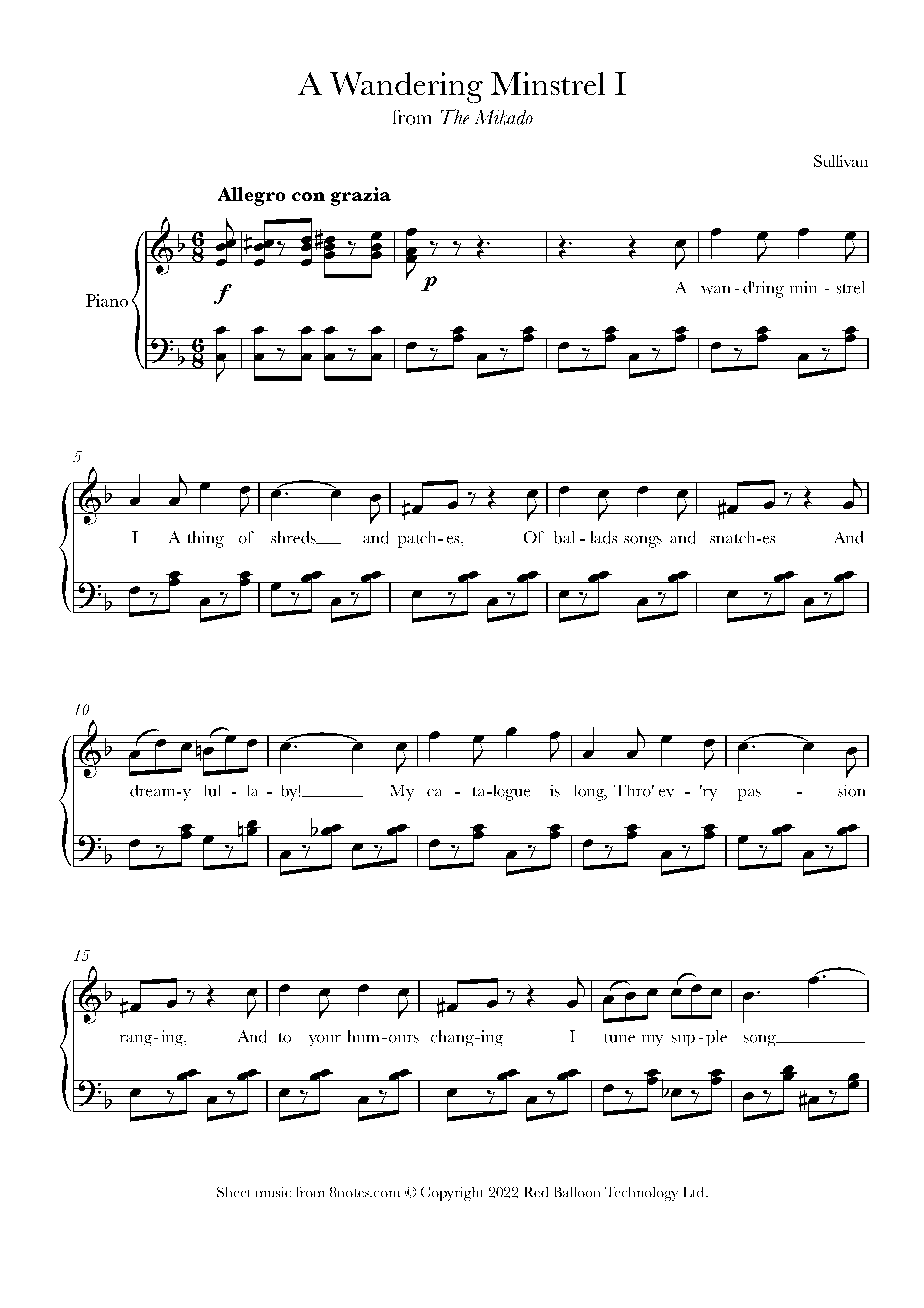 4.   Sullivan  -  When a Felon's Not Engaged (A Policeman's Lot) from The Pirates of Penzance 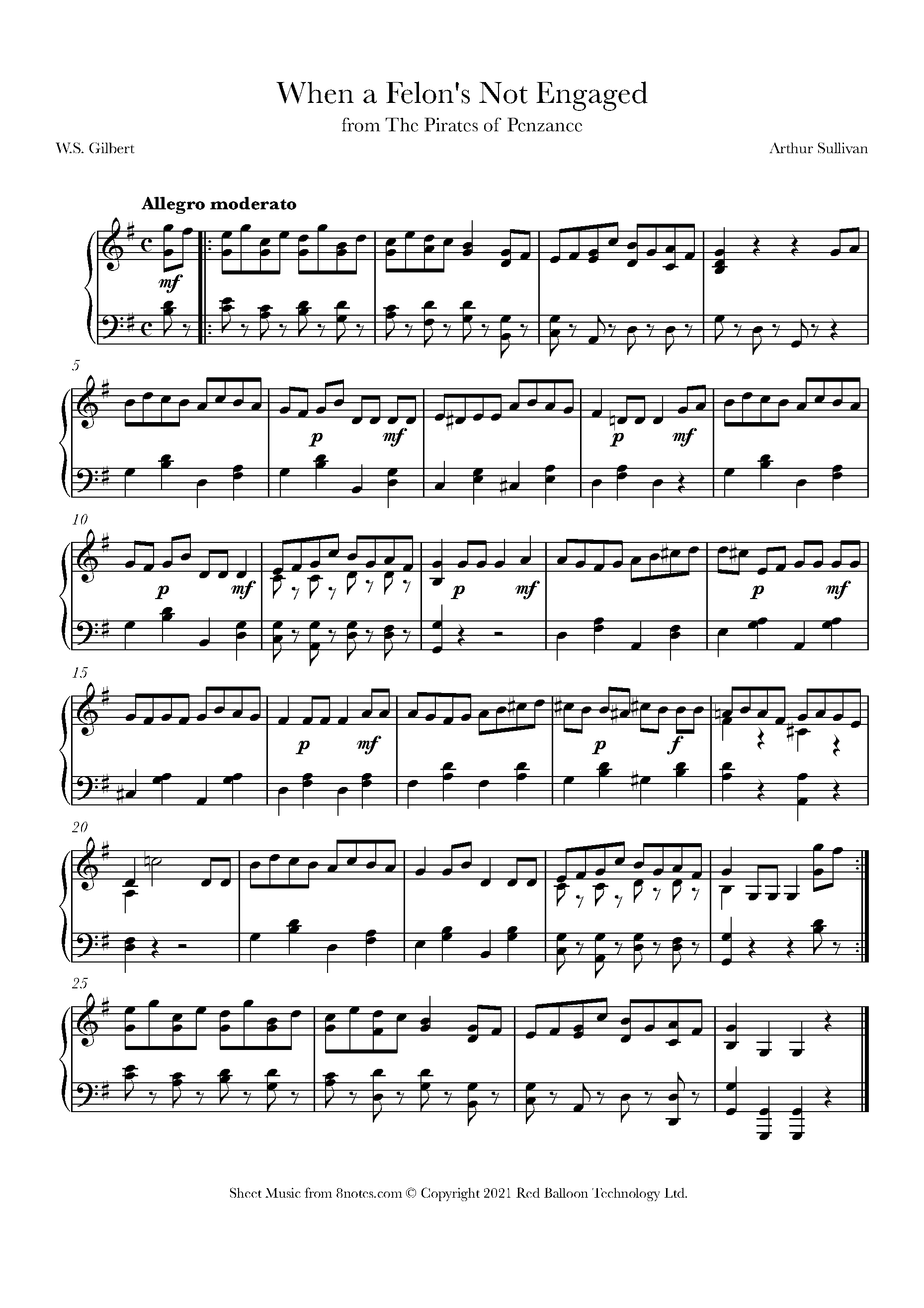 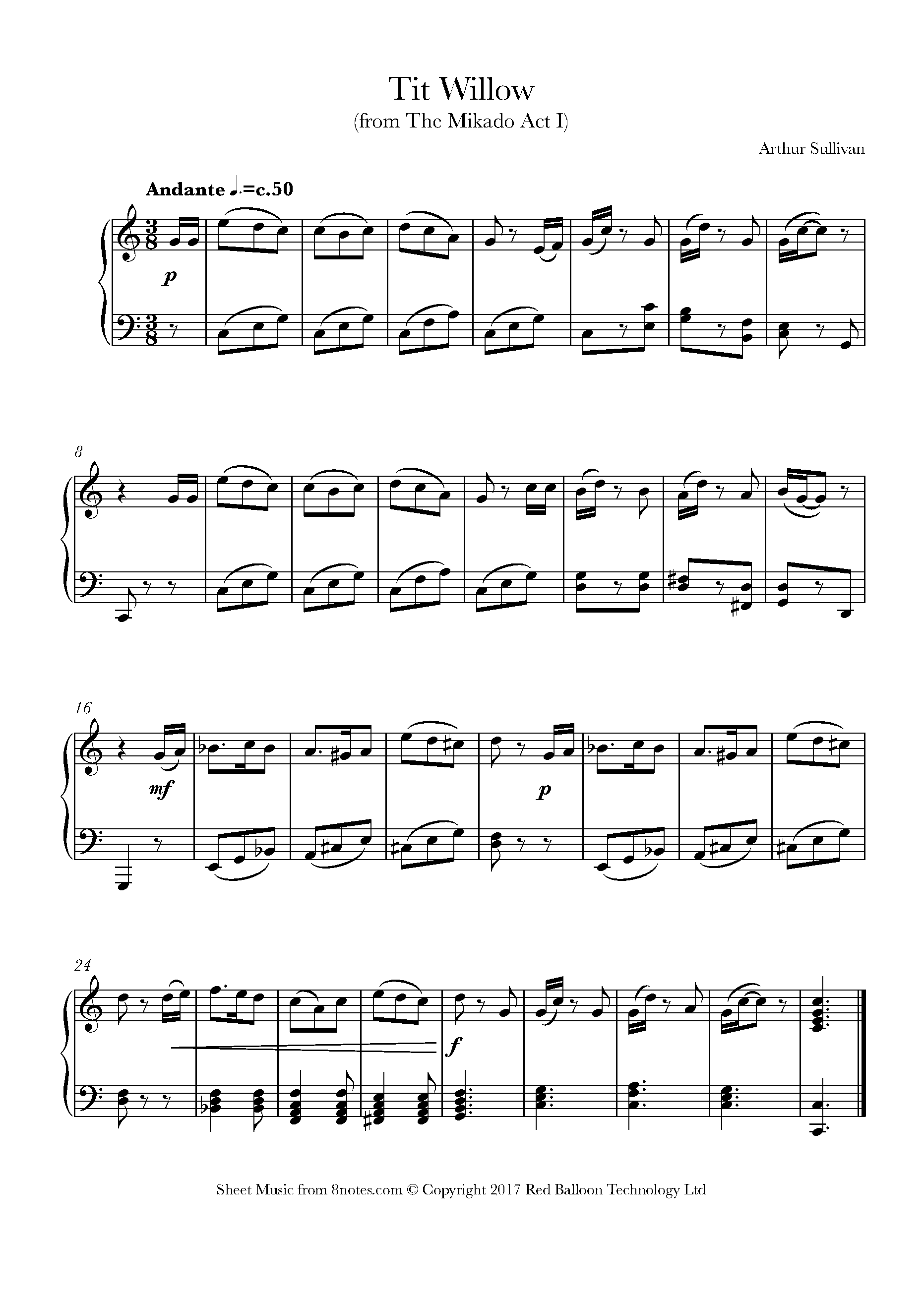 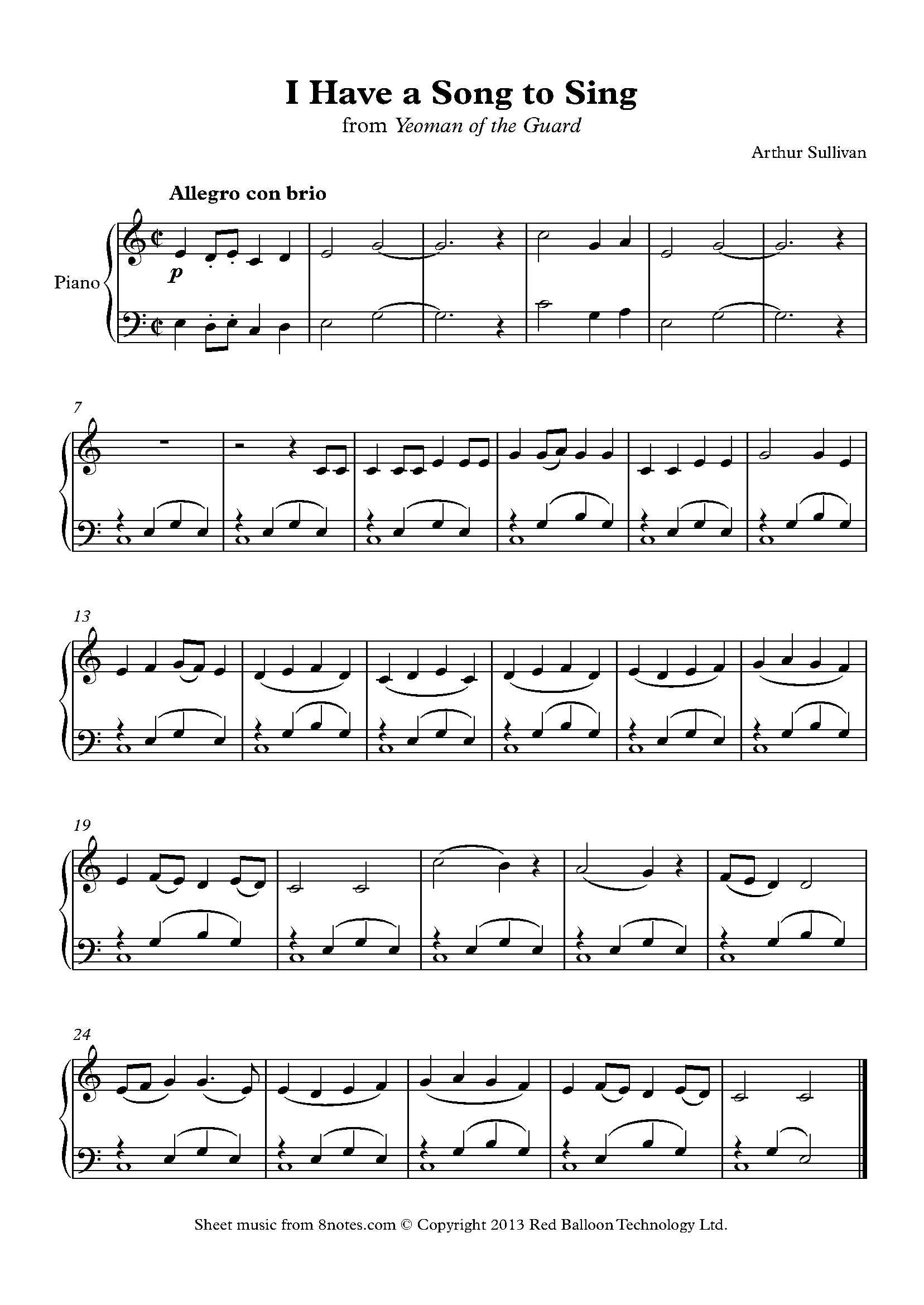 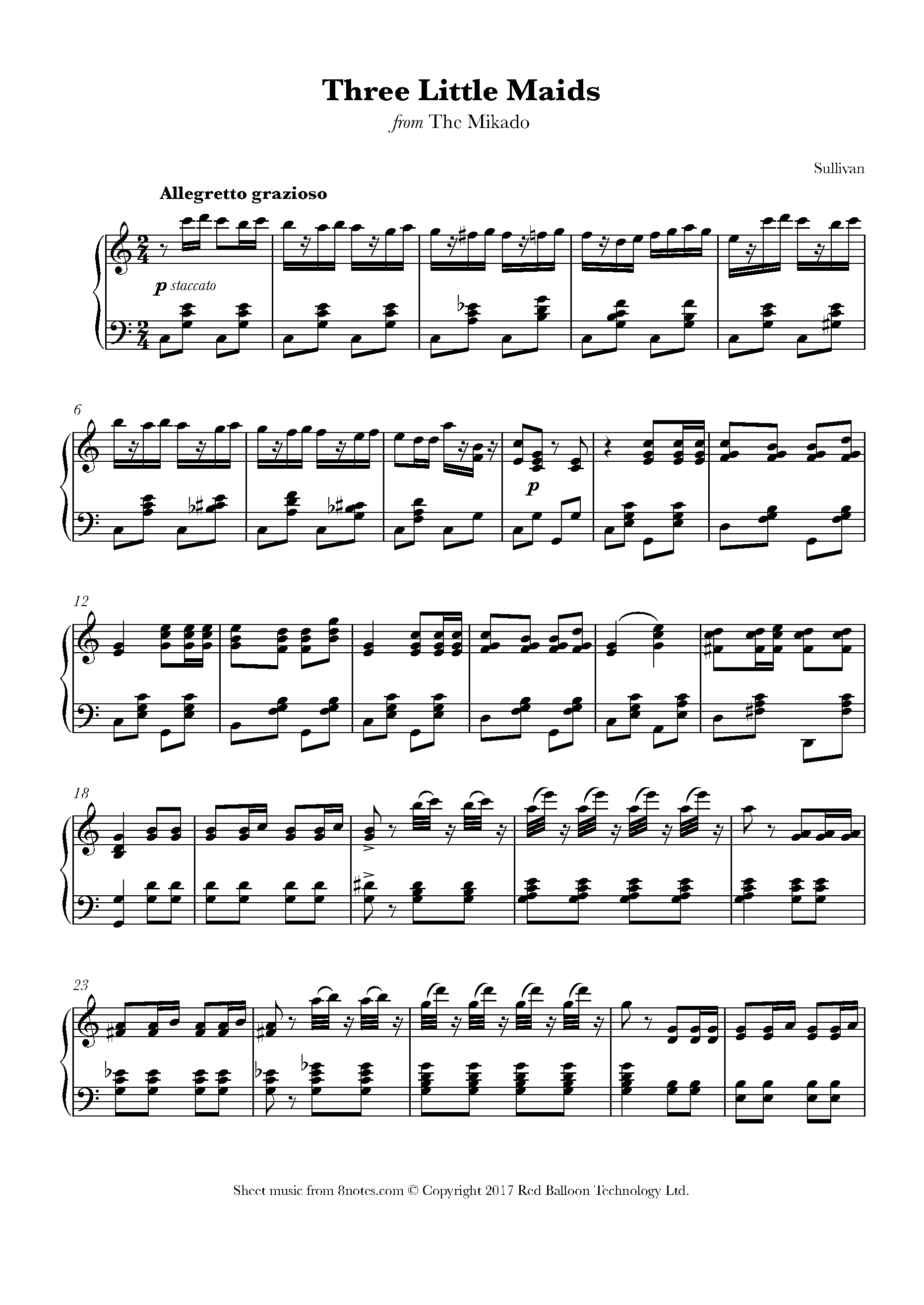 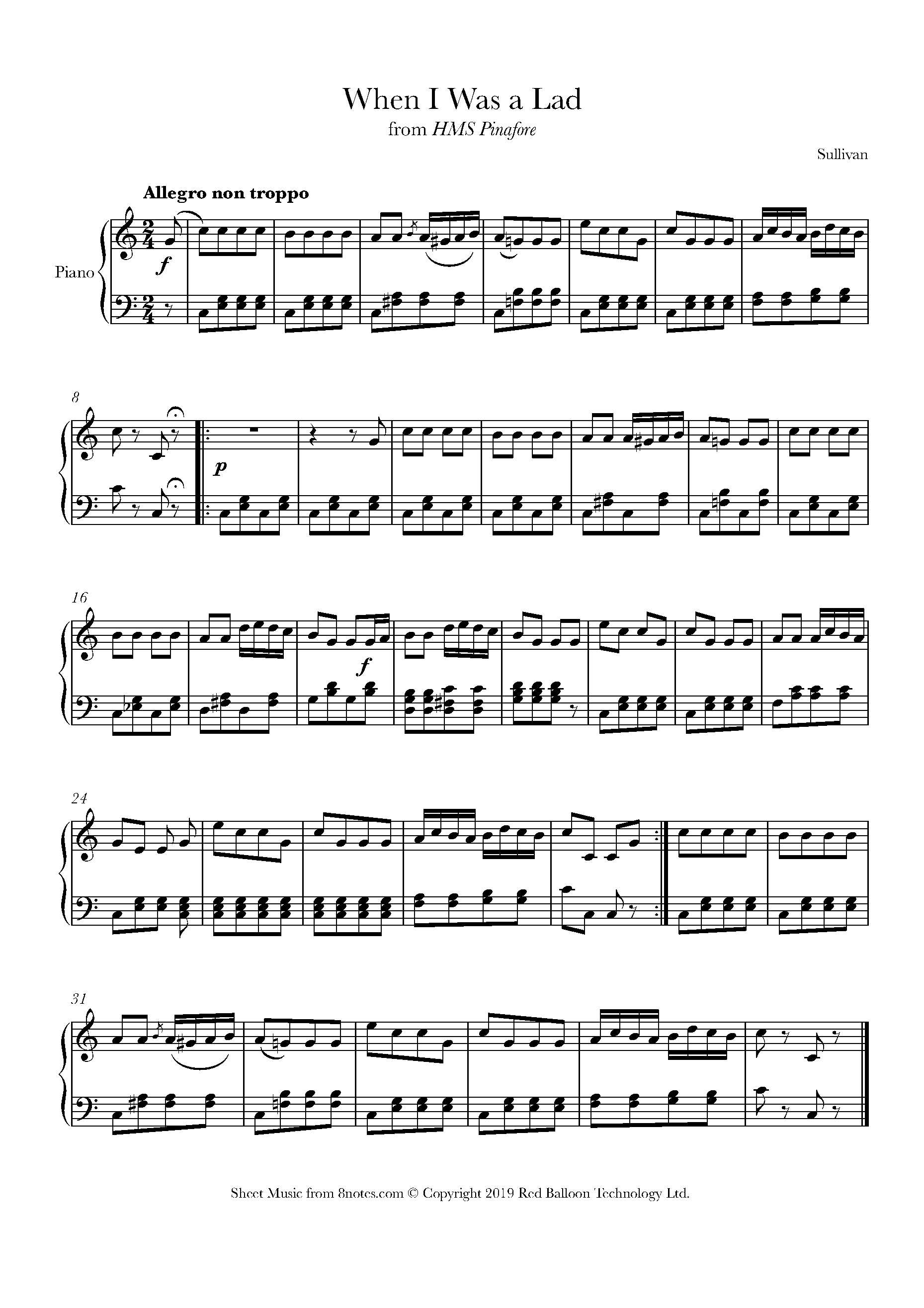 9.   Sullivan  -  The Very Model of a Modern Major General
(subscription) 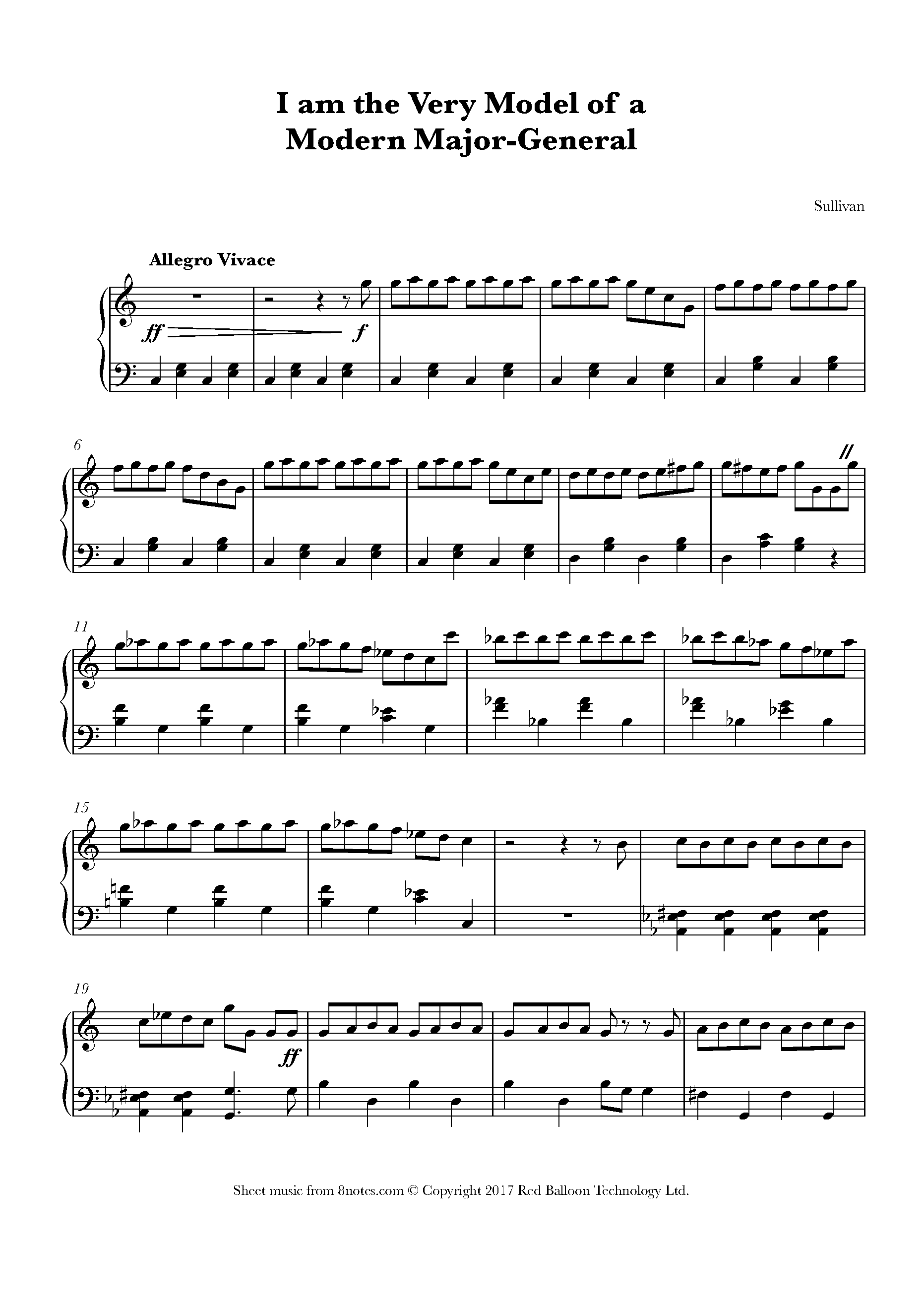 The Very Model of a Modern Major General
(subscription)

10.   Sullivan  -  A British Tar is a Soaring Soul from HMS Pinafore
(subscription) 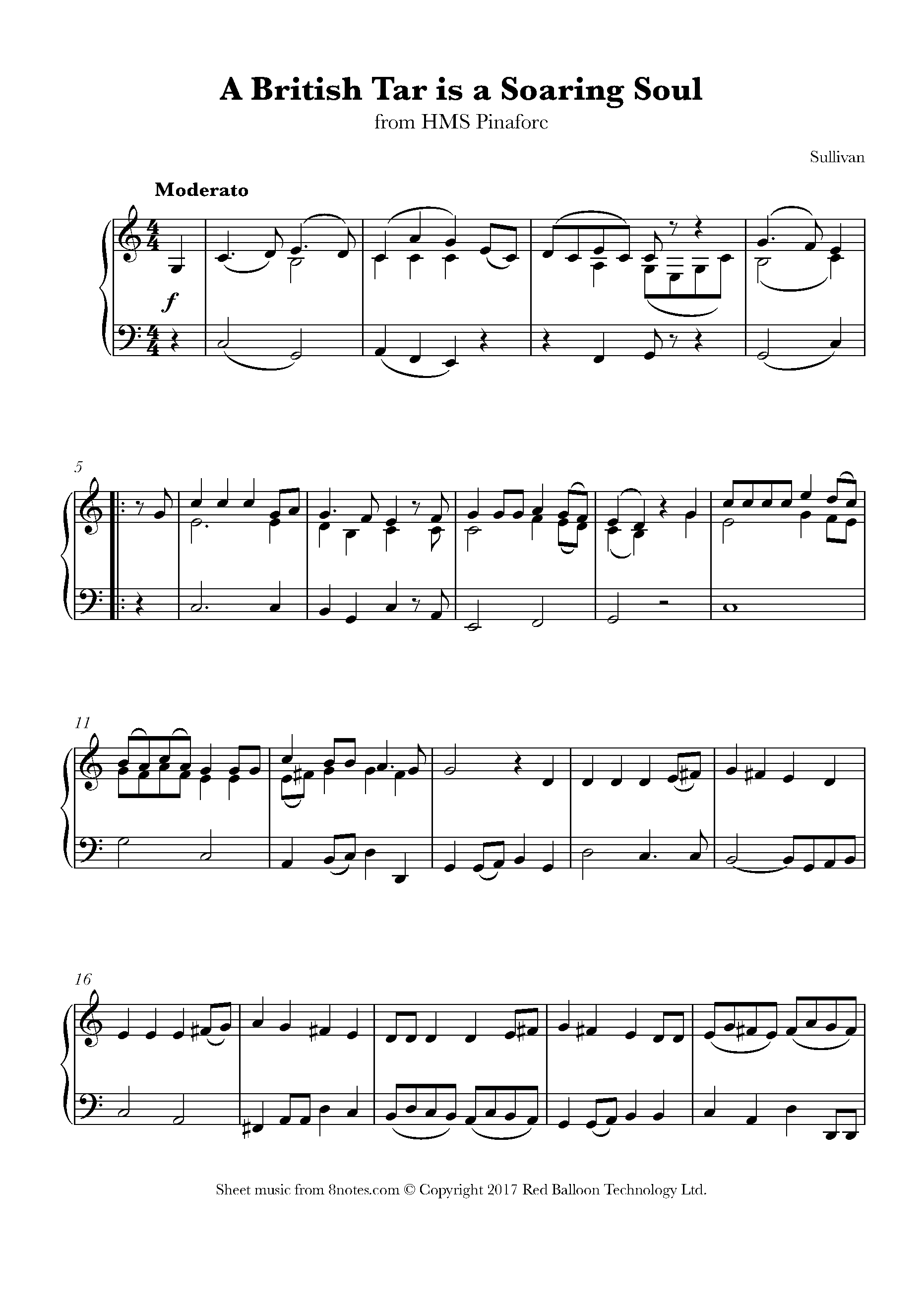 A British Tar is a Soaring Soul from HMS Pinafore
(subscription)