A collection of spooky and atmospheric pieces for halloween in arrangements for Trombone with piano accompaniment. Easy to Advanced Level 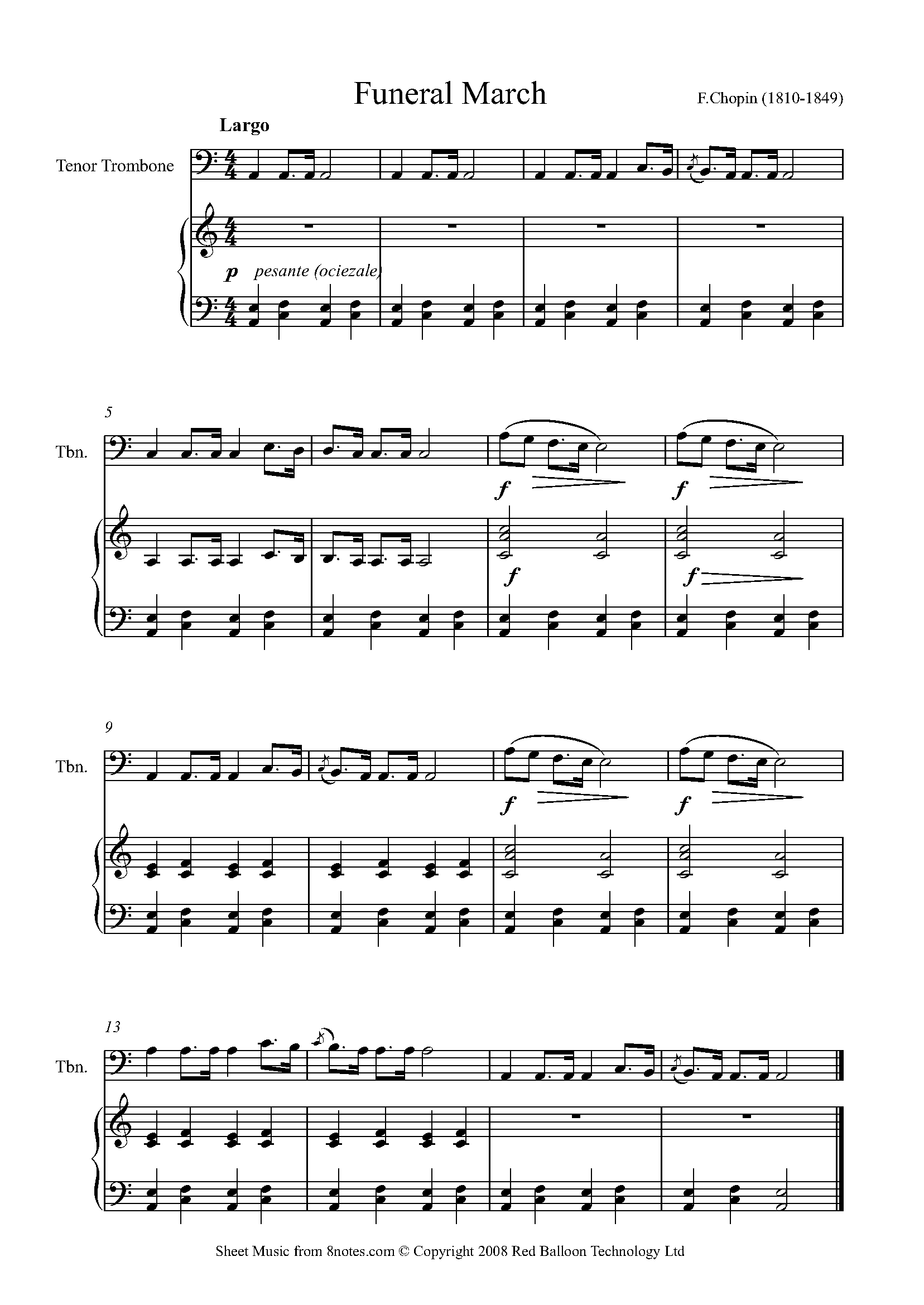 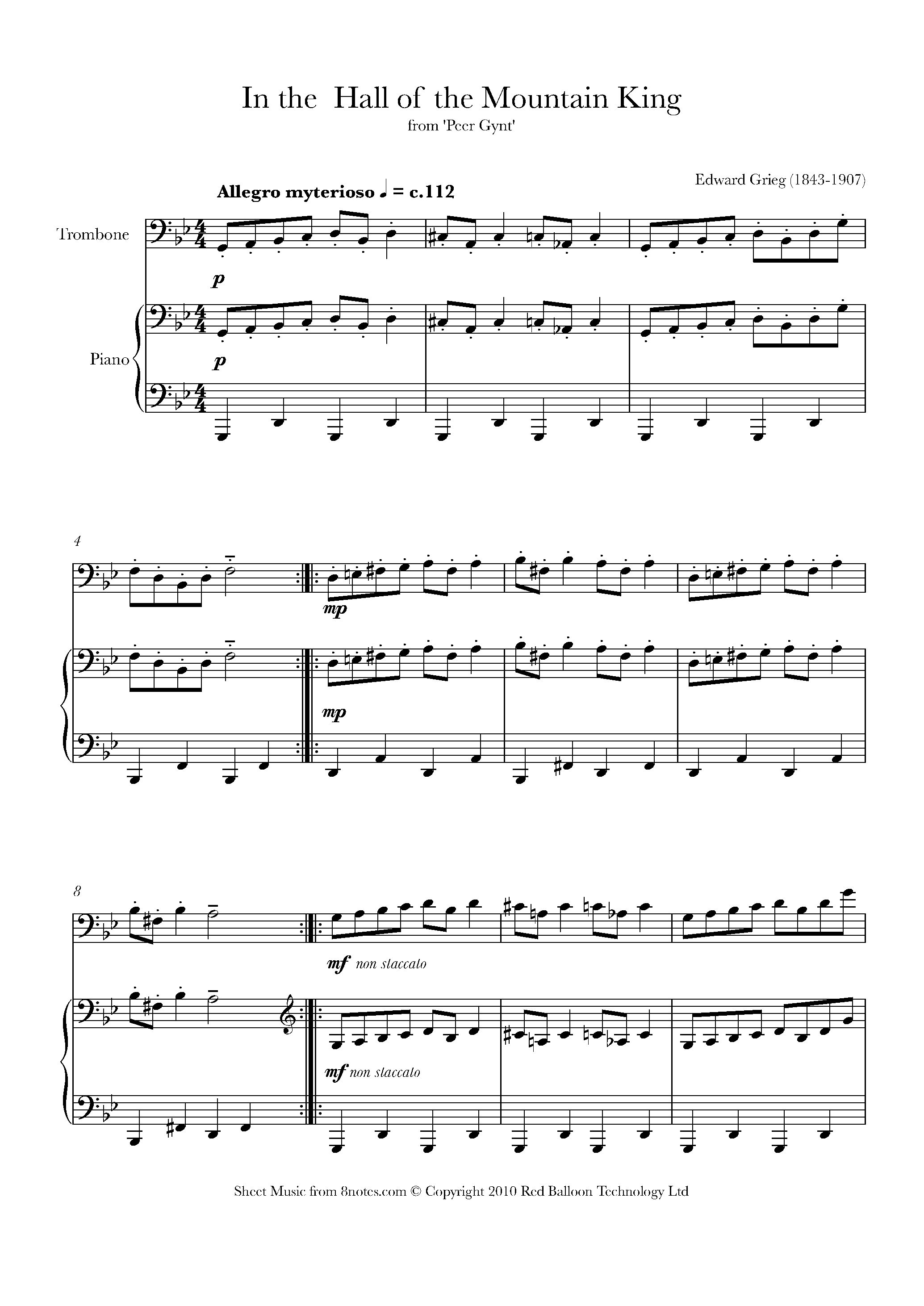 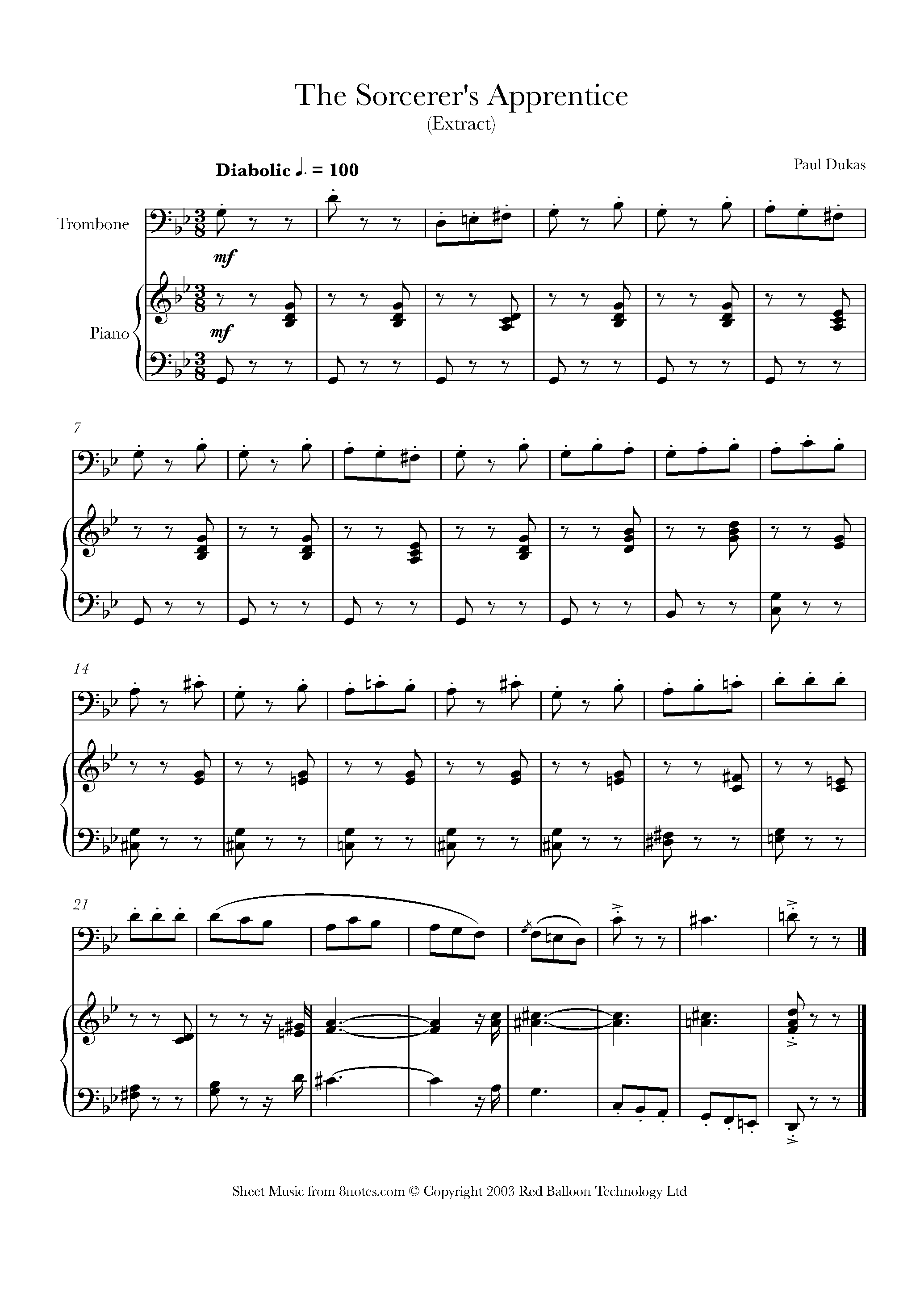 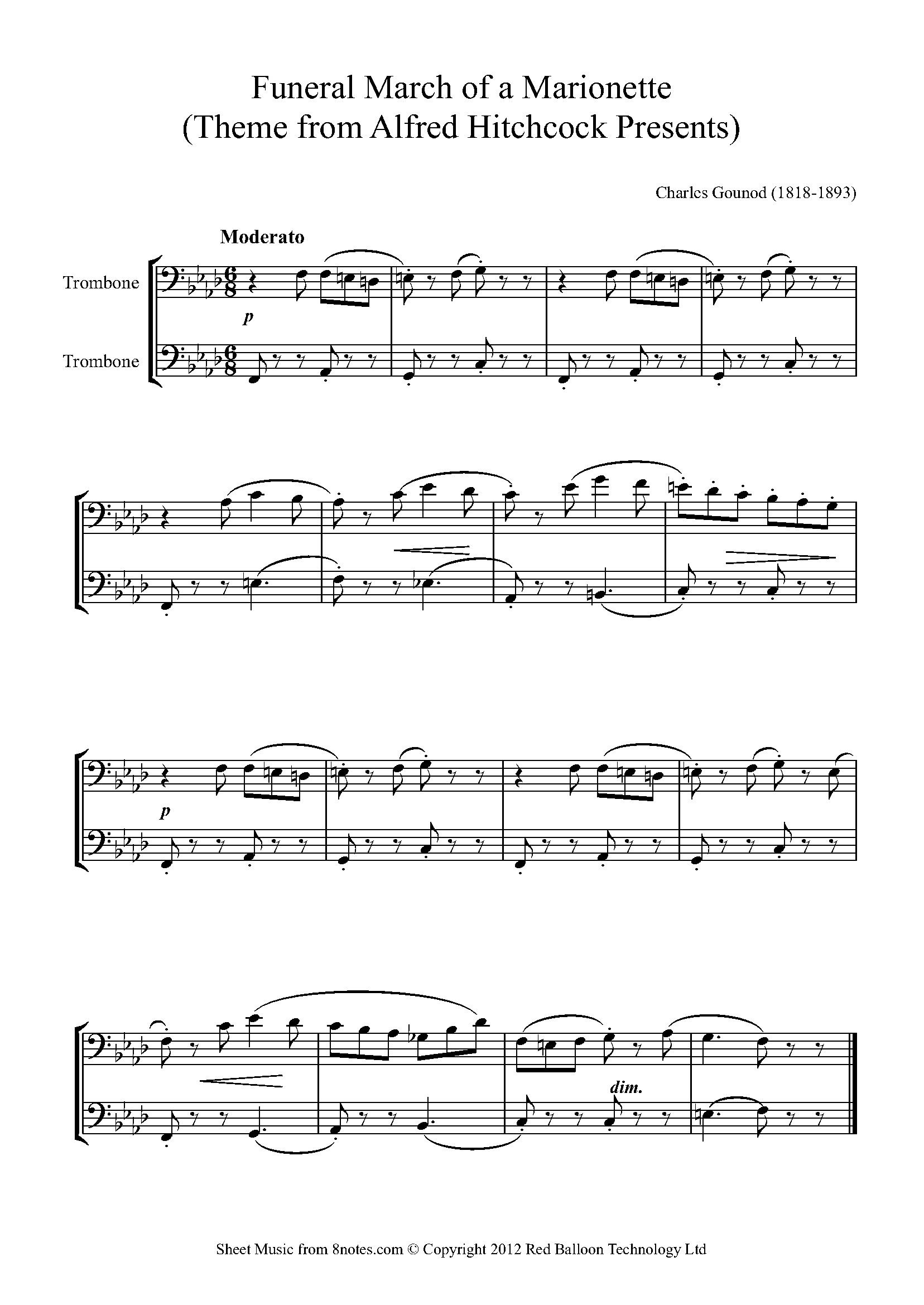 Mussorgsky's Night on a the Bare Mountain is a dramatic and exciting depiction of a witches' sabbath. One of the most famous works in the classical repertoire it was also used to great effect in Walt Disney's 'Fantasia.' 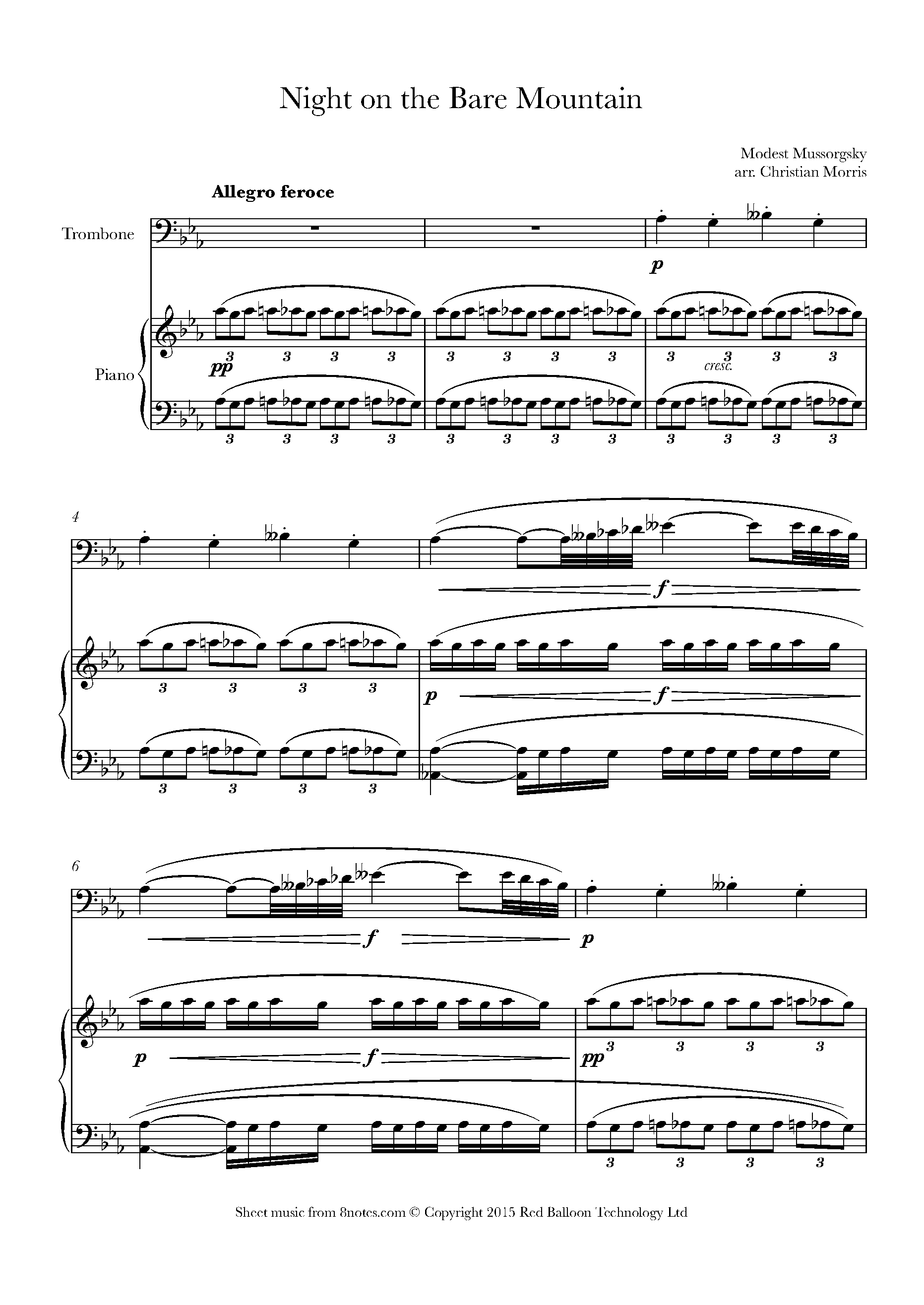 This tune is probably the most famous one Wagner wrote, after the Bridal March. It comes from the opera Die Walküre (the 2nd of the 4 that make up the Ring cycle). It has been used a lot in popular culture, including the helicopter scene in Apocalypse Now. 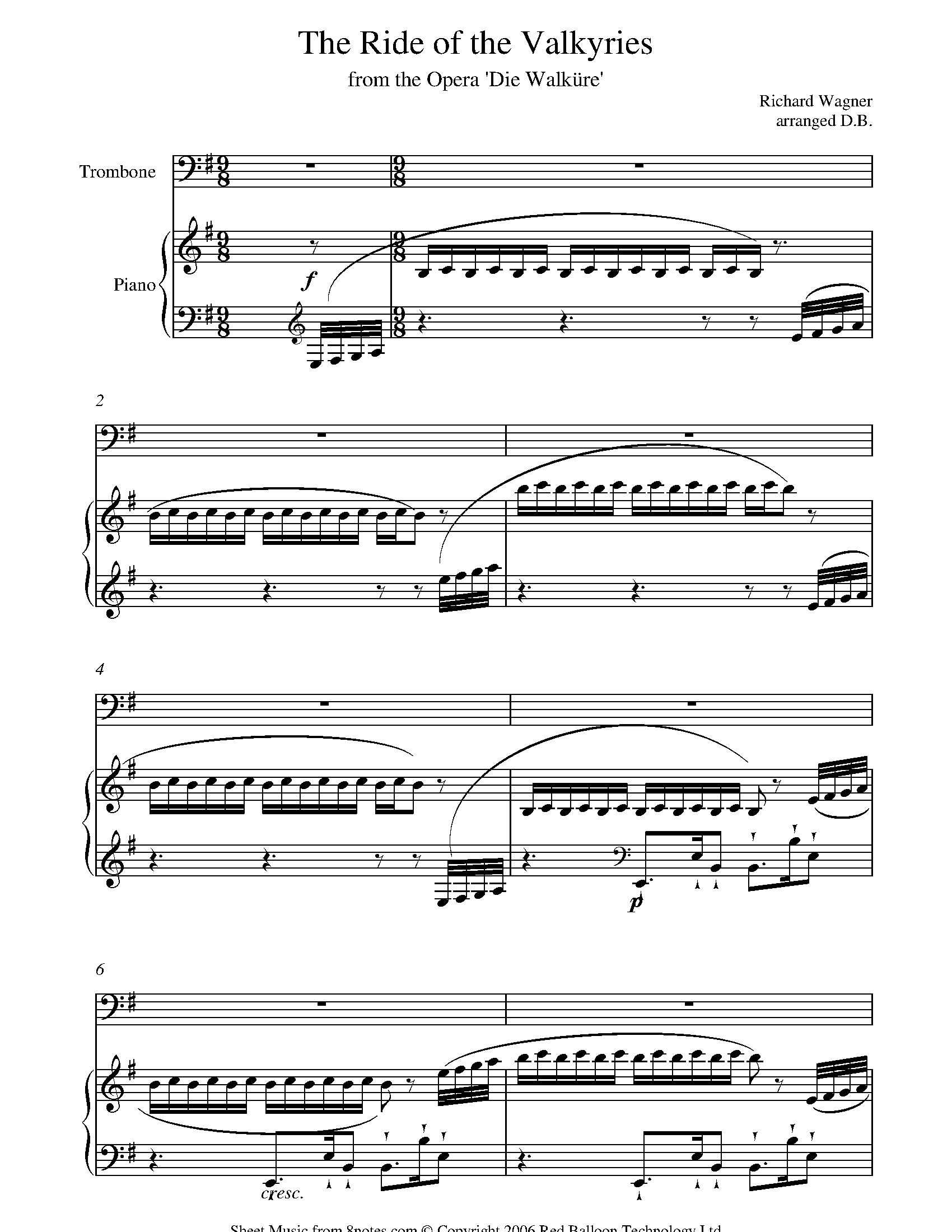 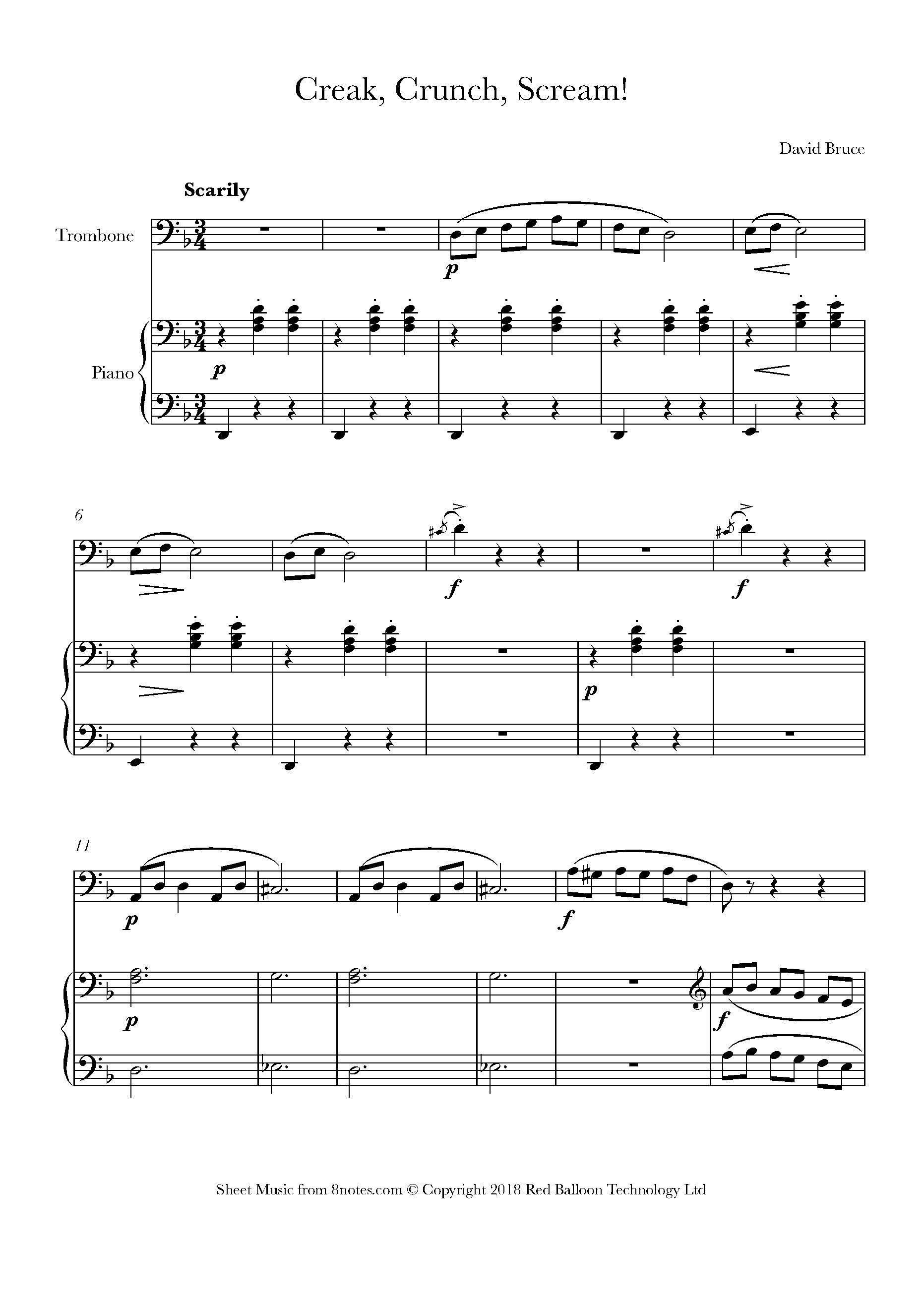 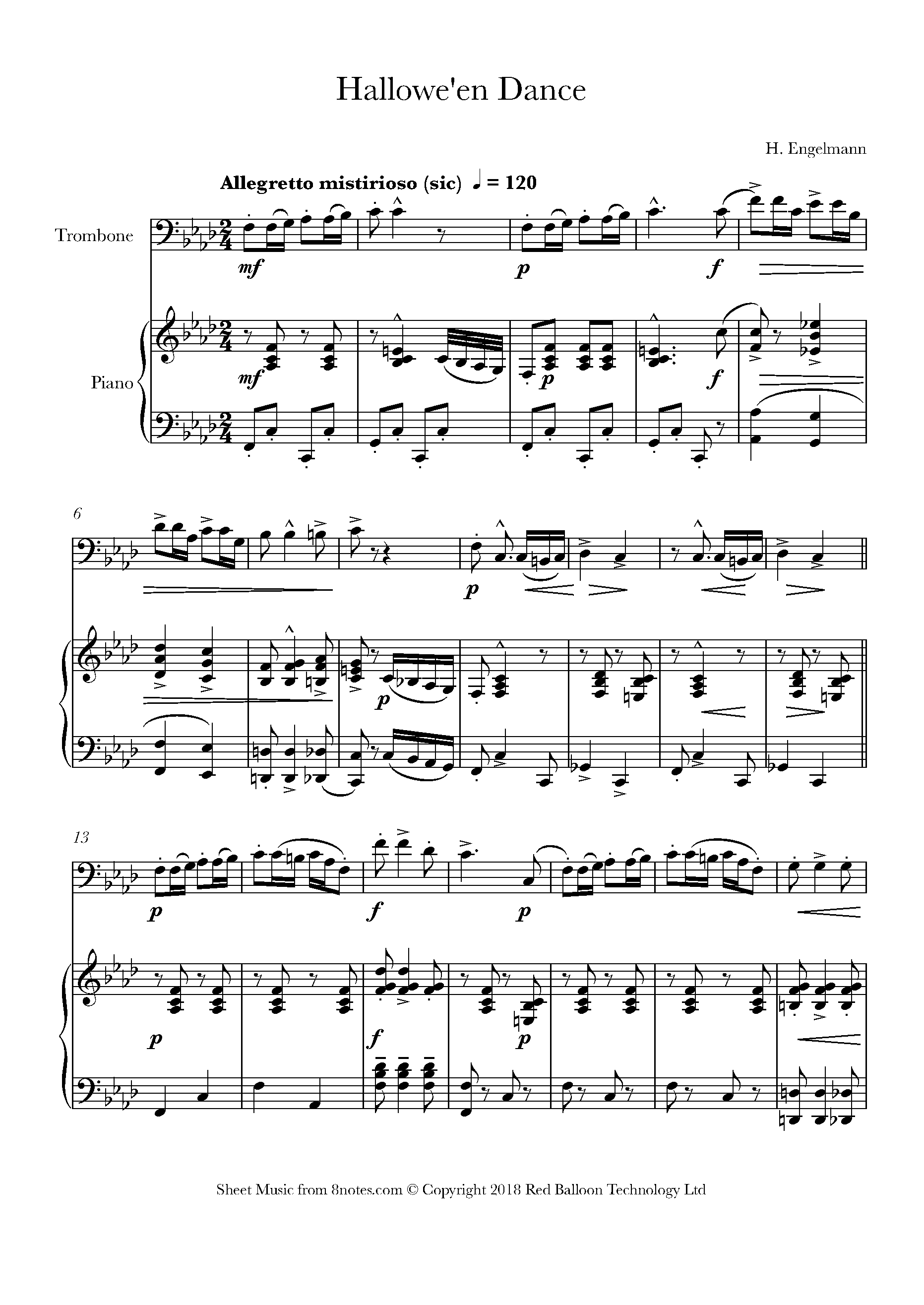 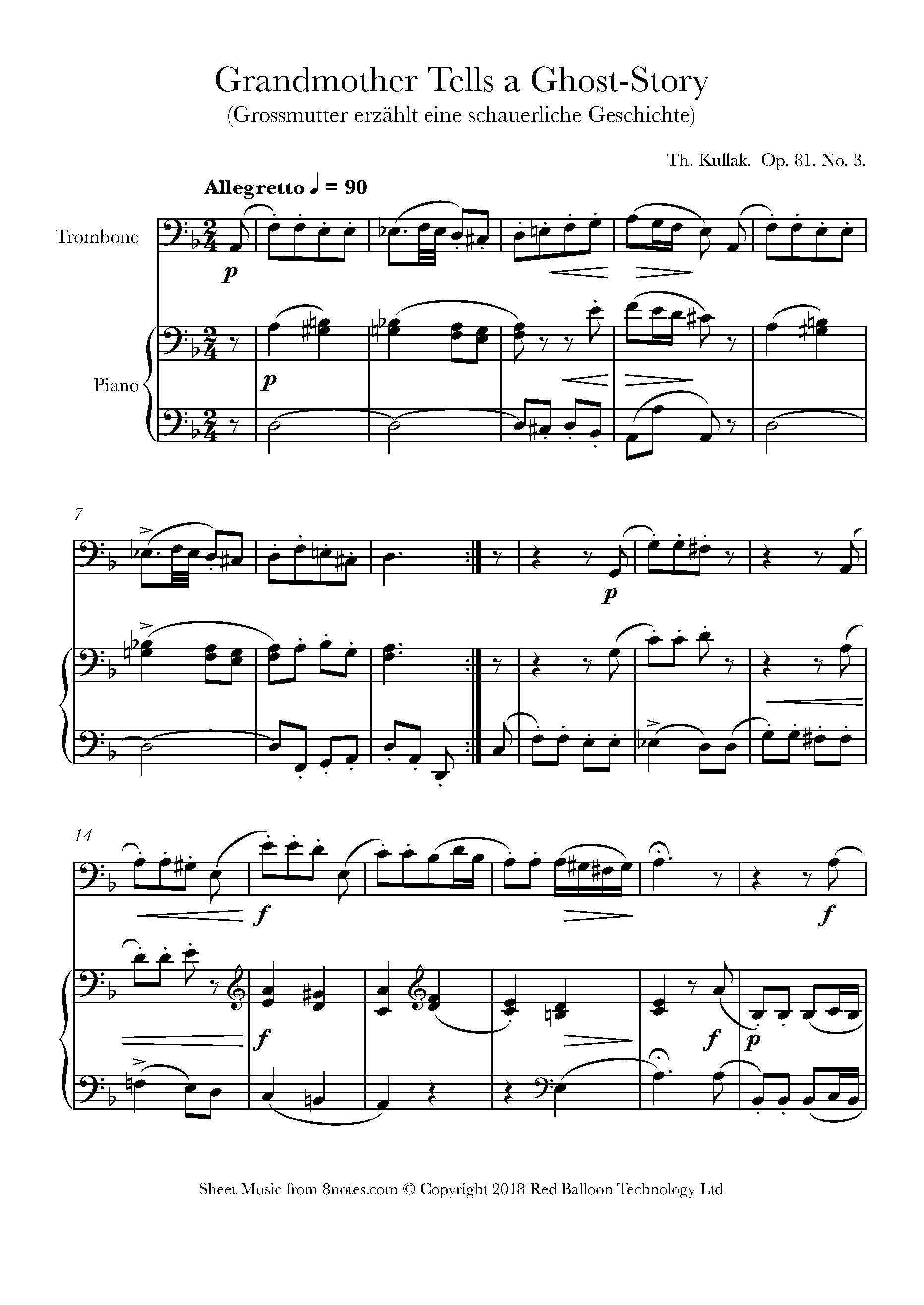