Lent and Easter Compilation for Organ 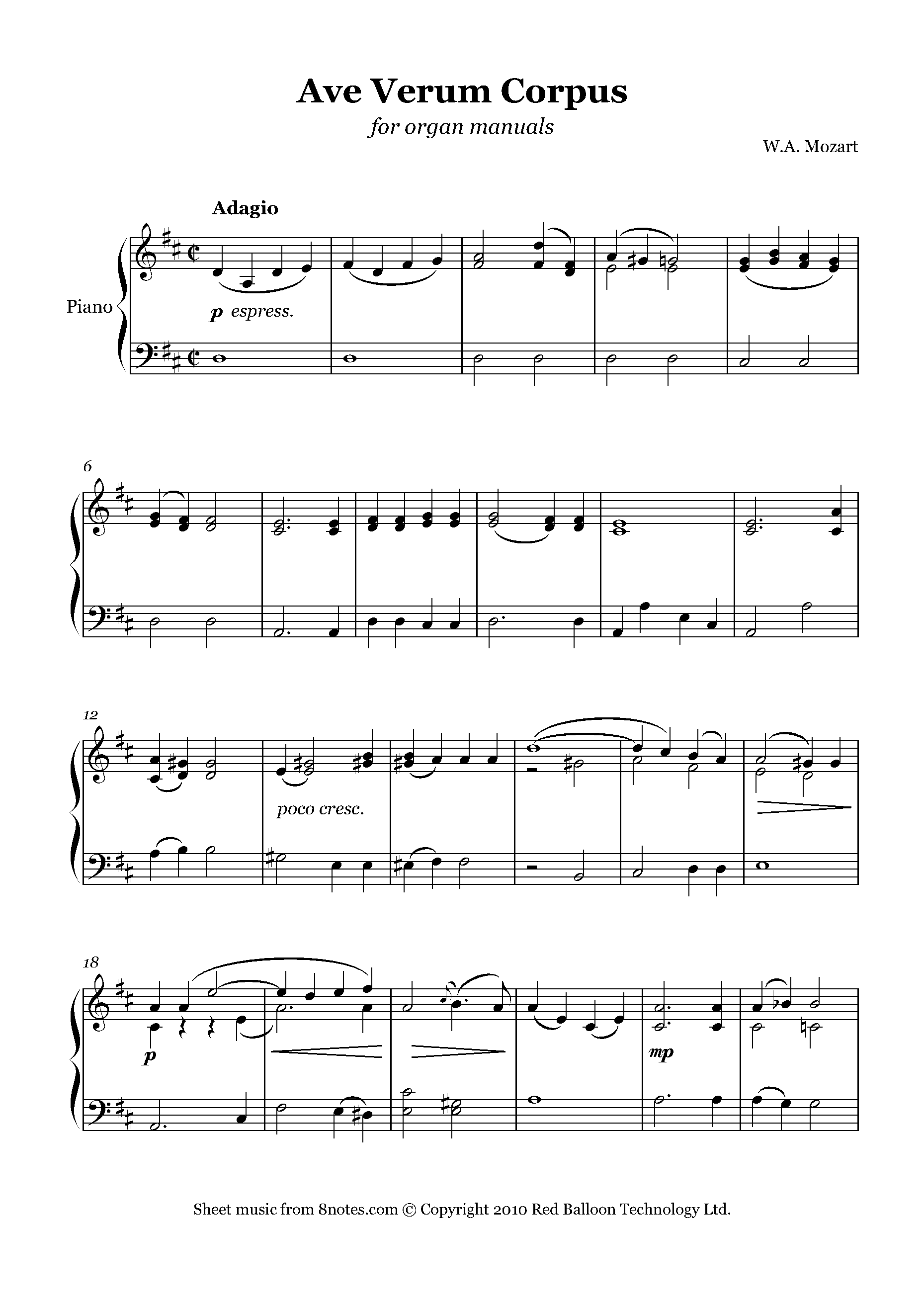 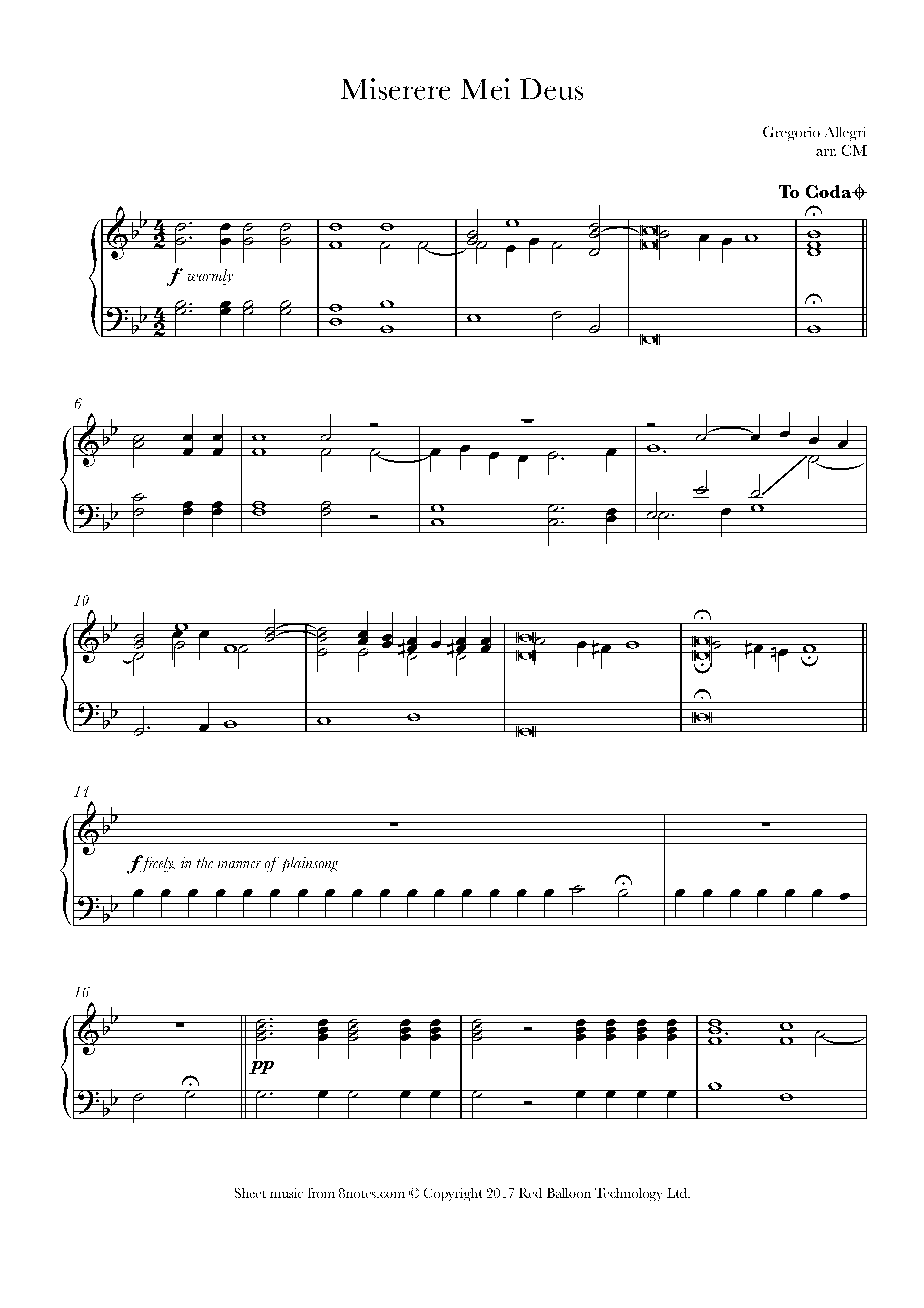 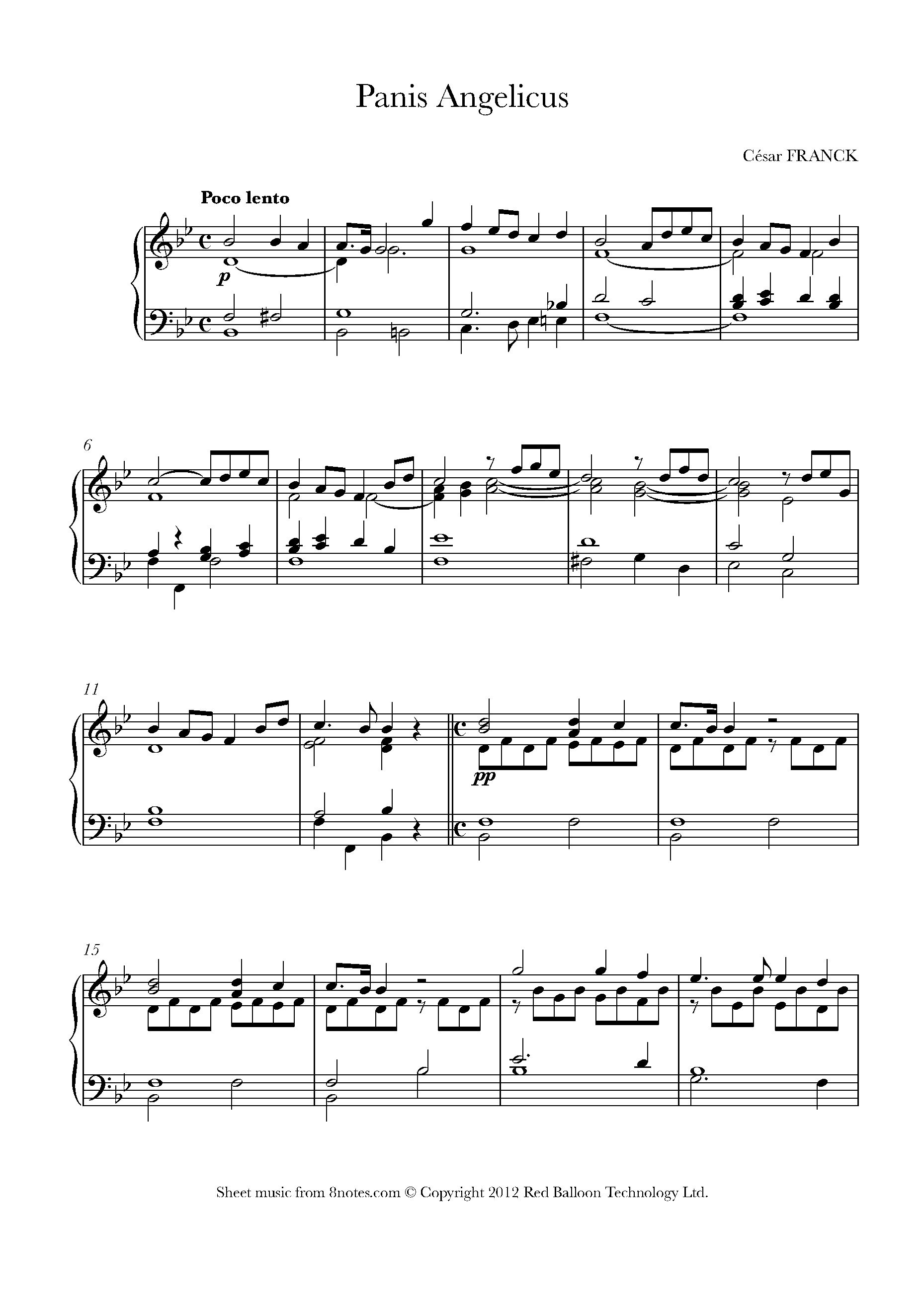 Alexandre Guilmant (1837–1911) was celebrated organist and composer. A pupil of Jacques-Nicolas Lemmens, he held the post of 'organiste titular' at la Trinité, Paris for 30 years. Unlike other organists, he wrote mostly for his own instrument, producing a large body of work that remains popular amongst players to this day. This joyous piece is a fugal exploration of Handel's celebrated chorus from the oratorio 'Judas Maccabeus,' more familiar as the Easter hymn 'Thine be the glory.' 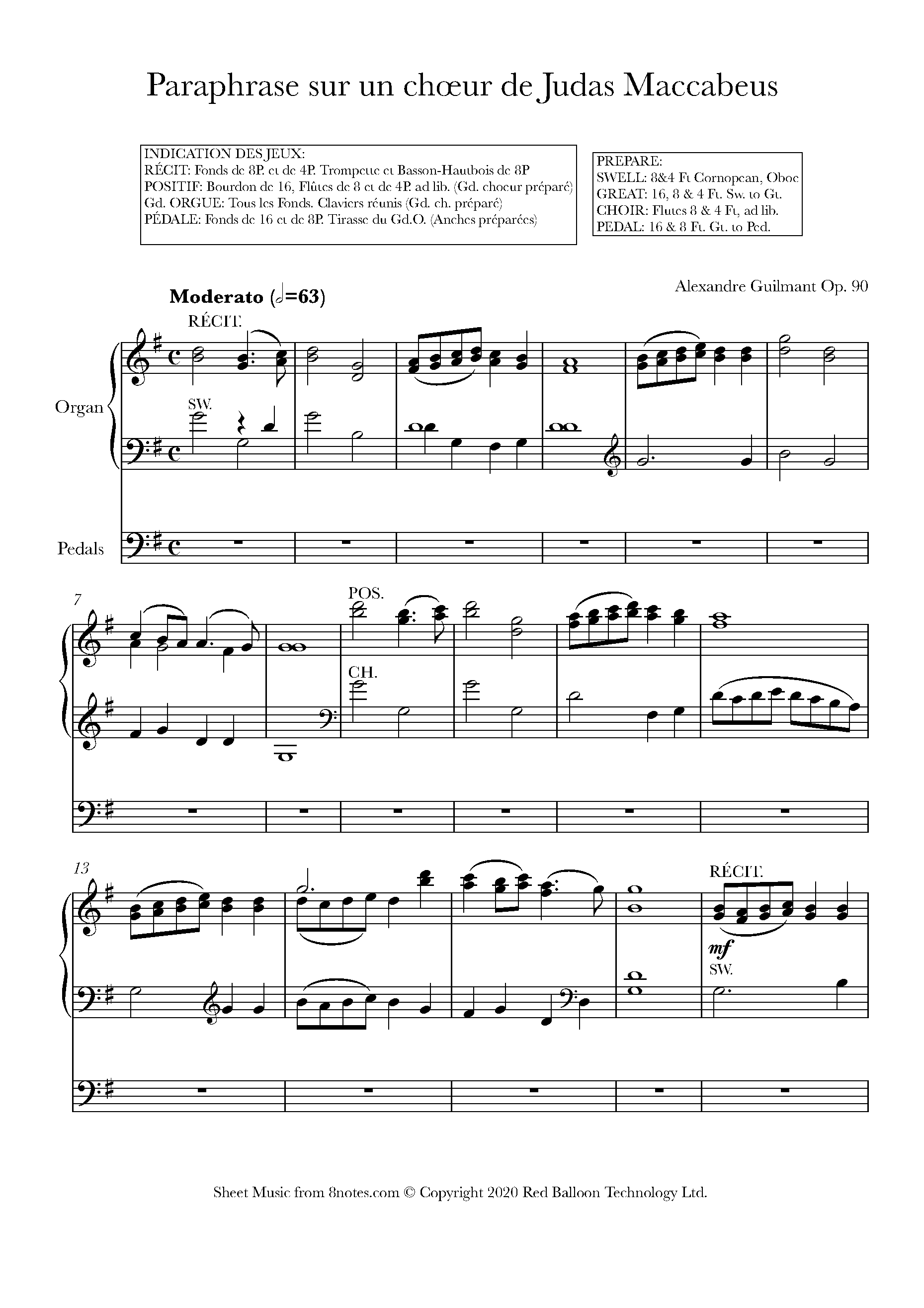 5.   Were you there when they crucified my Lord (Spiritual)

'Were you there when they crucified my Lord' is an African-American Spiritual, likely composed in the 19th century. Its recounting of the suffering of Christ during the crucifixion acts as a metaphor for the suffering of the slaves who sang it. It was first been published in 1899 in William Eleazor Barton's 'Old Plantation Hymns,' subsequently becoming a familiar hymn amongst Christians throughout the world. 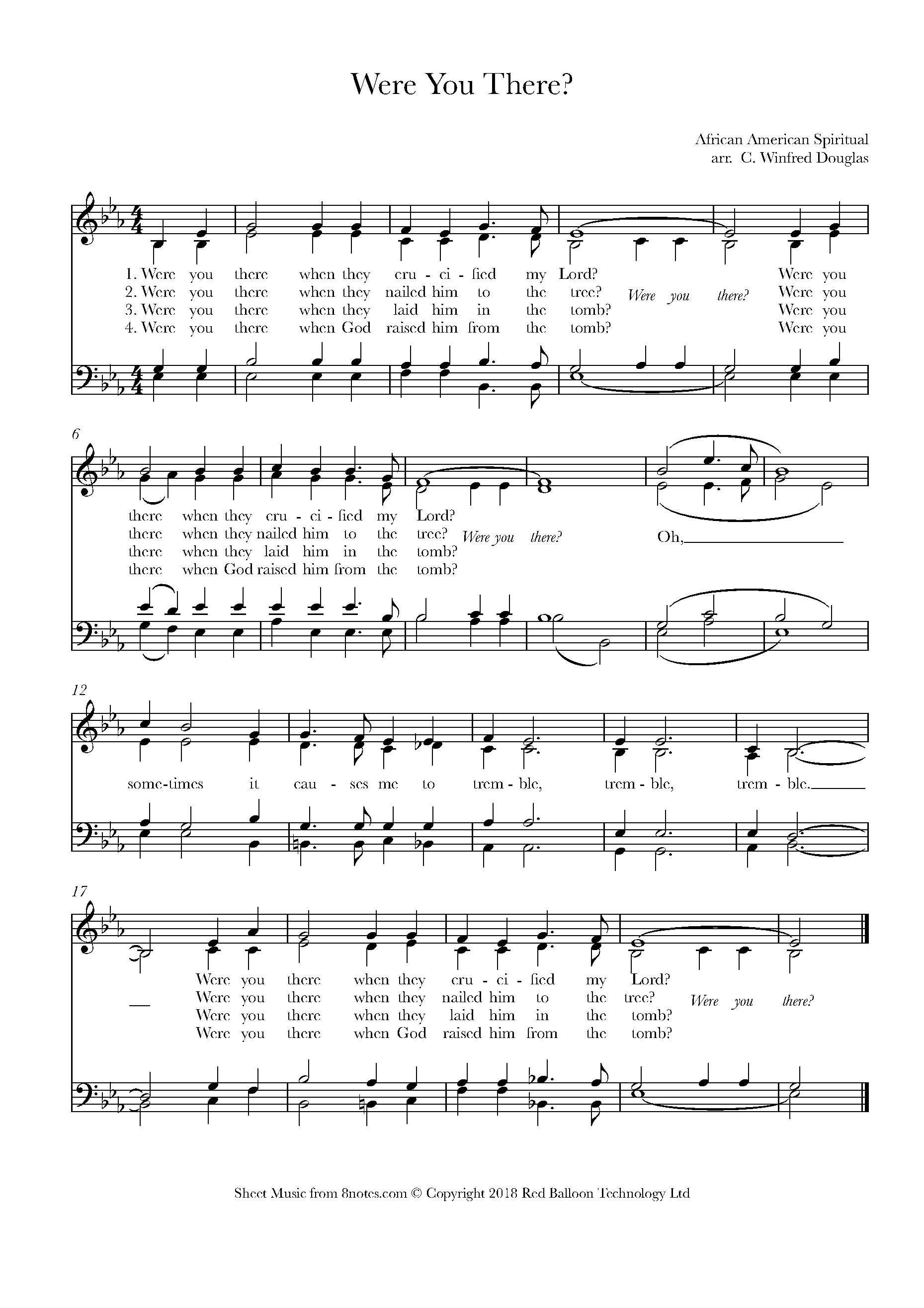 Were you there when they crucified my Lord (Spiritual) 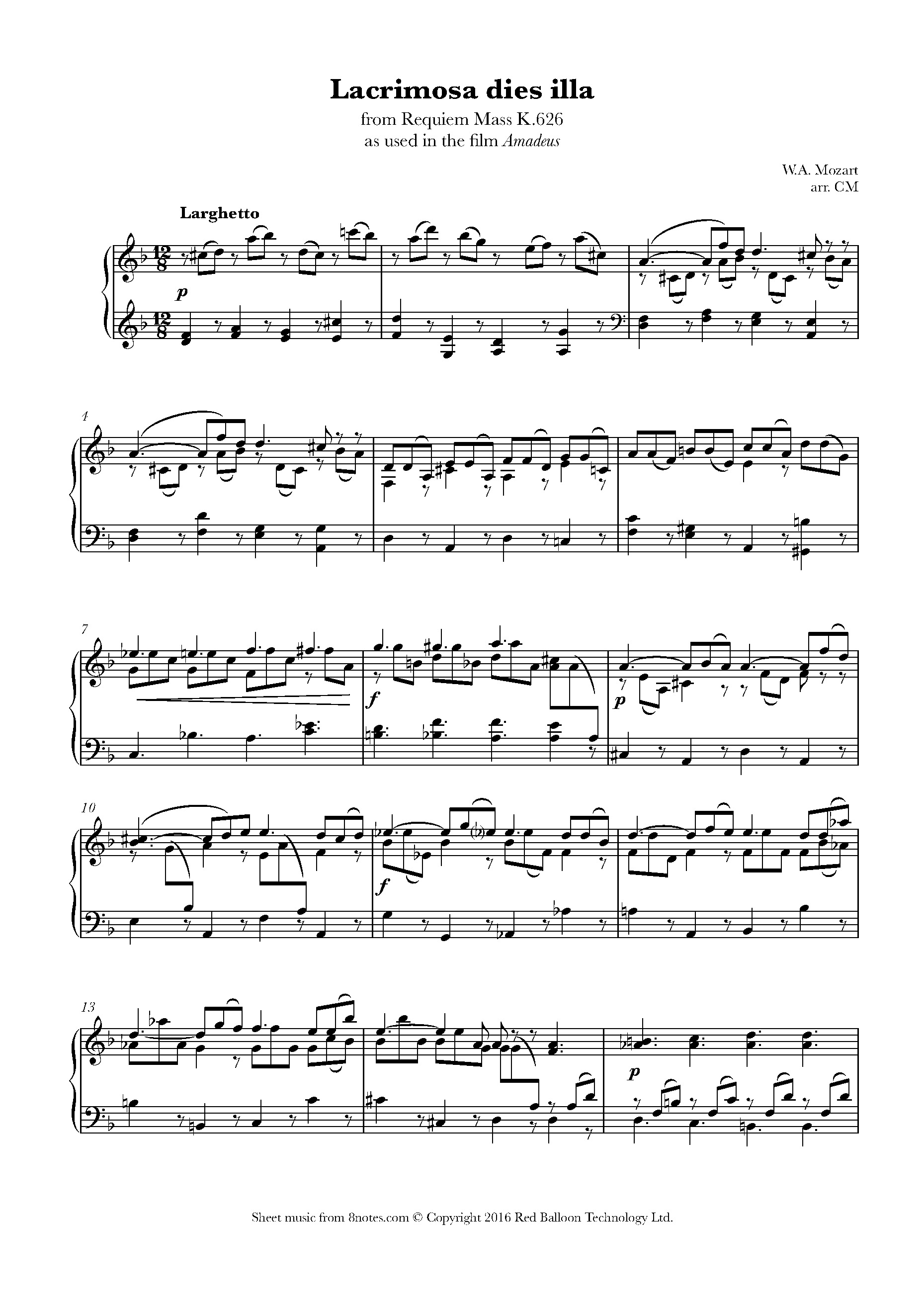 7.   Parry  -  Chorale Prelude on 'Rockingham' (When I Survey the Wondrous Cross)

C.H.H. Parry (1848–1918) was an English composer best known for patriotic works such as 'Jerusalem', 'I Was Glad' and 'Blest Pair of Sirens.' This chorale prelude is conceived very much in the manner of Bach, with a richly contrapuntal texture woven around the familiar Easter hymn 'When I Survey the Wondrous Cross.' 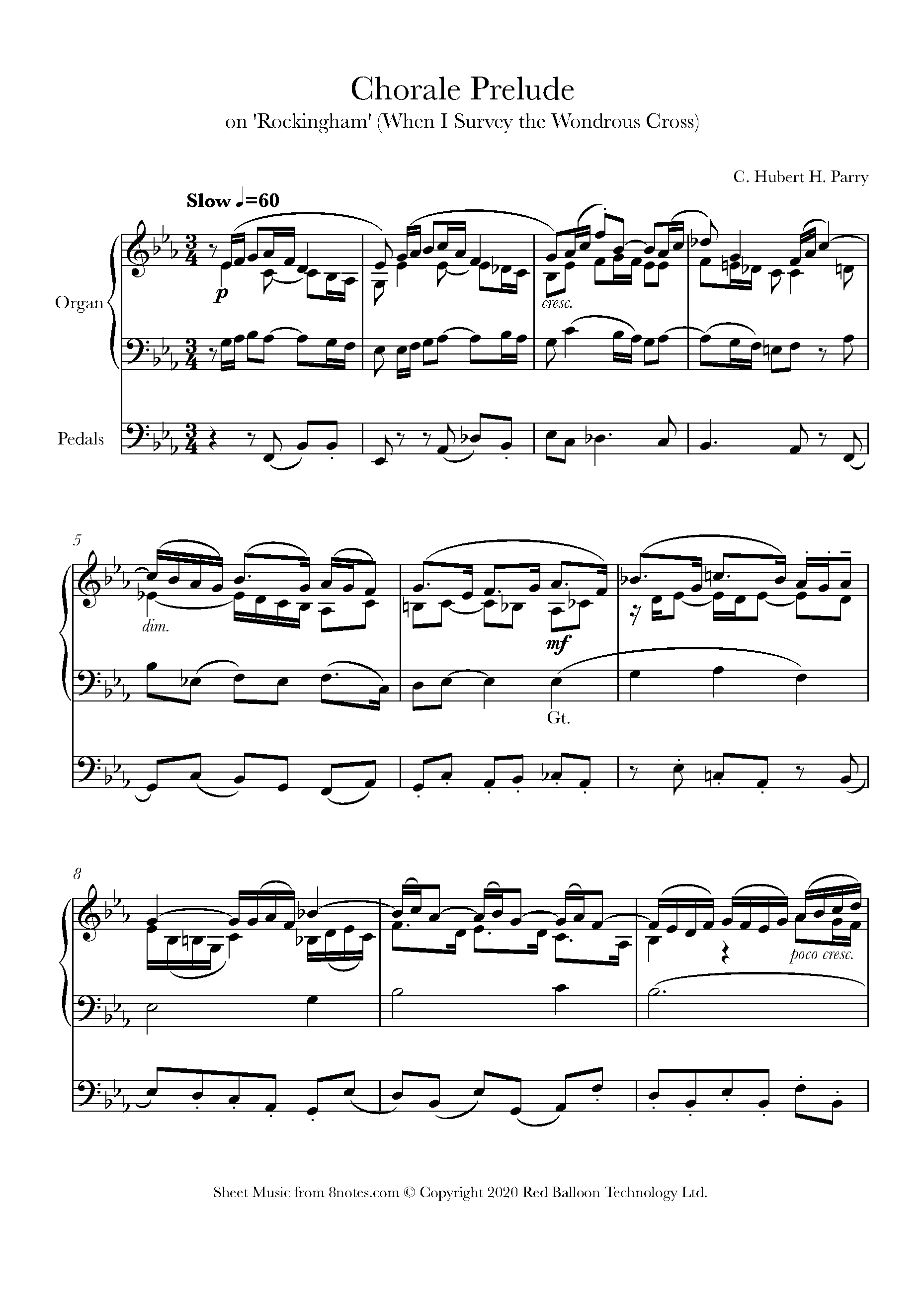 Chorale Prelude on 'Rockingham' (When I Survey the Wondrous Cross)

Charles Villiers Stanford (1852–1924) was an Anglo-Irish composer. Here was prolific, writing 7 symphonies, 9 operas, 11 concertos and 28 chamber works but today is best remembered for his works written for the Anglican Choral tradition. This organ work is an adjunct to that lifelong preoccupation, being designed for use in church services at Easter. 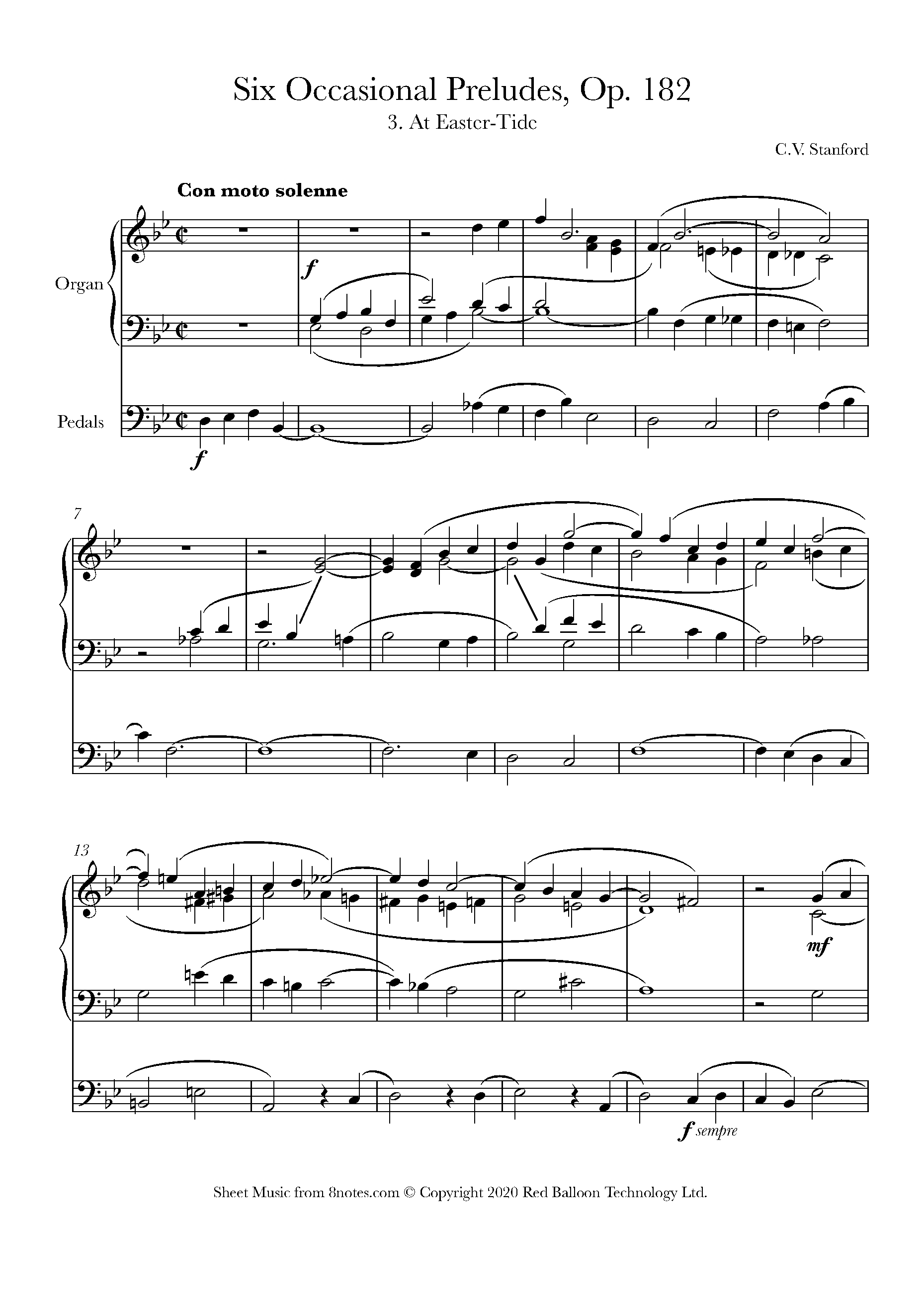 At Easter-Tide, No 3 from Six Occasional Preludes, Op. 182

'Ach bleib bei uns, Herr Jesu Christ' is a chorale prelude published around 1748. Bach was the consummate master of this form, in which an accompanying texture is woven around a hymn (chorale) melody. The melody 'Ach bleib bei uns, Herr Jesu Christ' ('Ah remain with us, Lord Jesus Christ') is intended for use at Easter, indeed Bach incorporated it into an earlier cantata for use in a Lutheran Easter Monday service in 1725. 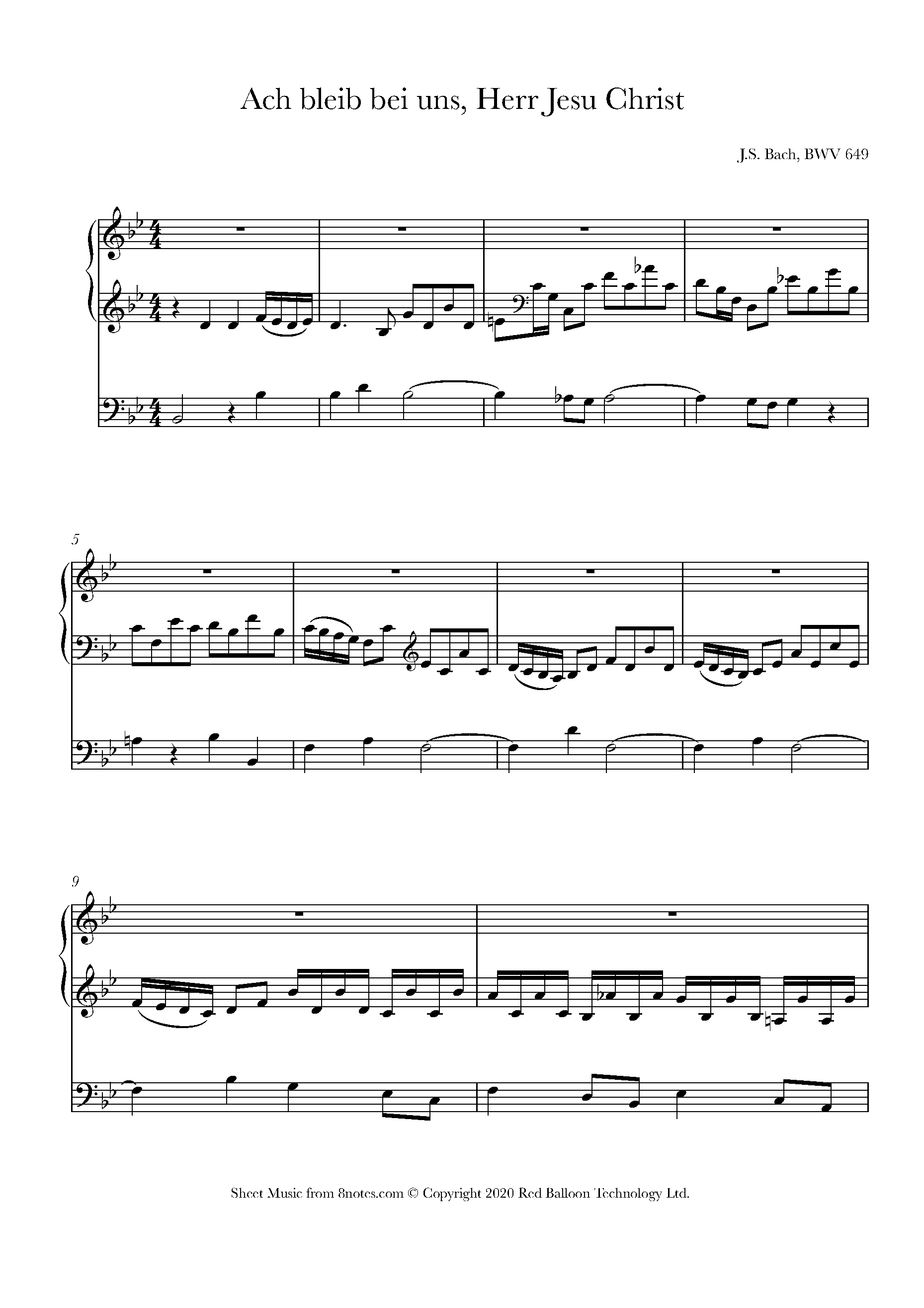 Johann Pachelbel (1653-1706), most popularly known for his ubiquitous 'Canon in D' was a prolific composer of music for organ. Unlike Bach, most of this was written for manuals alone, with the style being much more accessible to the average player. This chorale is based on 'Komm Gott Schopfer, heiliger Geist' ('Come, God Creator, Holy Ghost'), a Lutheran hymn for Pentecost, traditionally the last day of the church season of Easter. 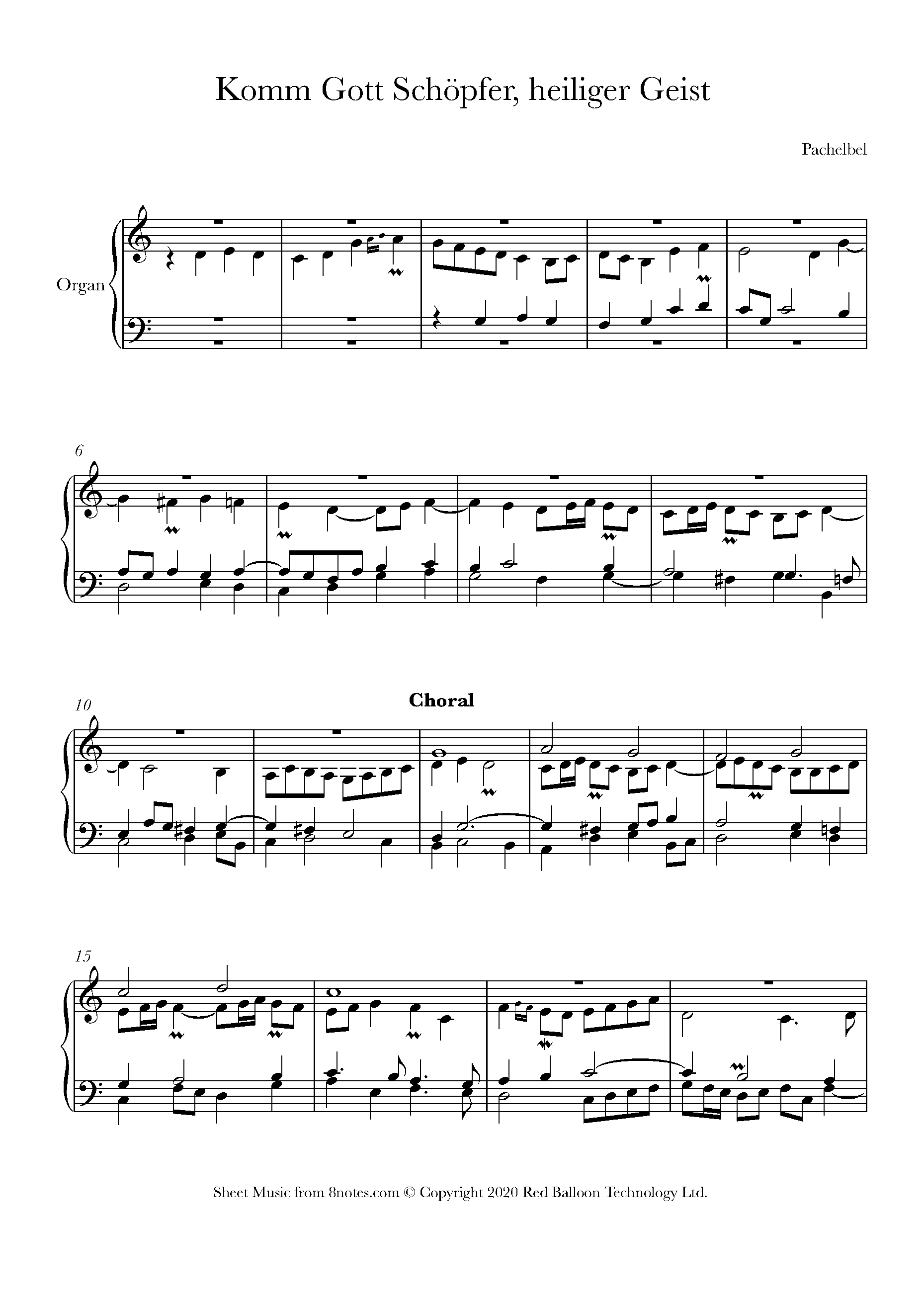 Brahms (1833-1897) is considered one of the great mid-Romantic composers. Seeing himself very much in the Austro-German succession from Bach through to Mozart, Haydn and Schubert, he was also a great proponent of the pure forms associated with this lineage. It is not surprising, therefore, that he chose to write a collection of 'Eleven Chorale Preludes,' in the manner of Bach, which he completed towards the end of his life. The second of these, 'Herzliebster Jesu,' is based upon a Lutheran Passion hymn written in 1630 by Johann Heermann. 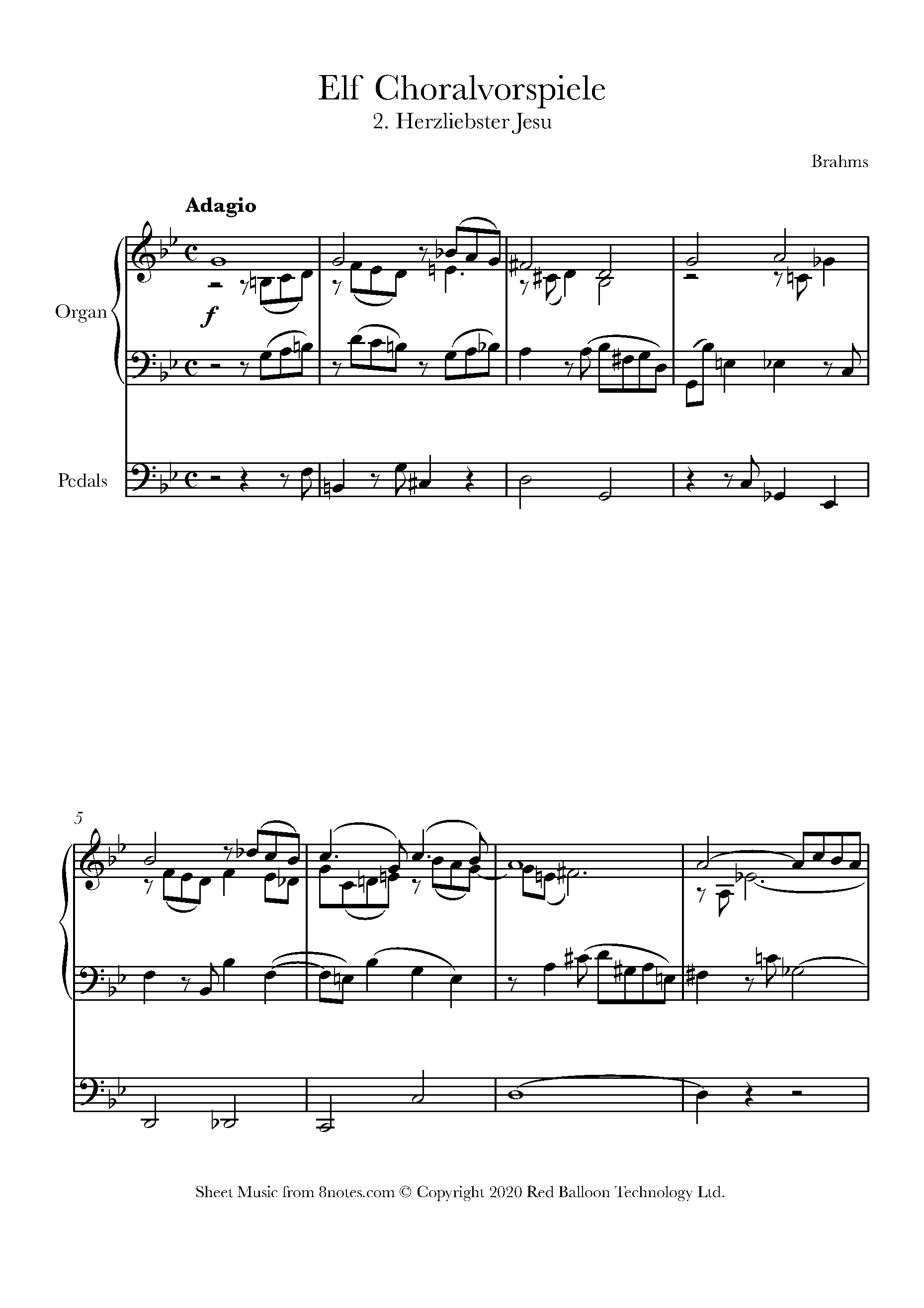 12.   Handel  -  I Know That My Redeemer Liveth from Messiah
(subscription) 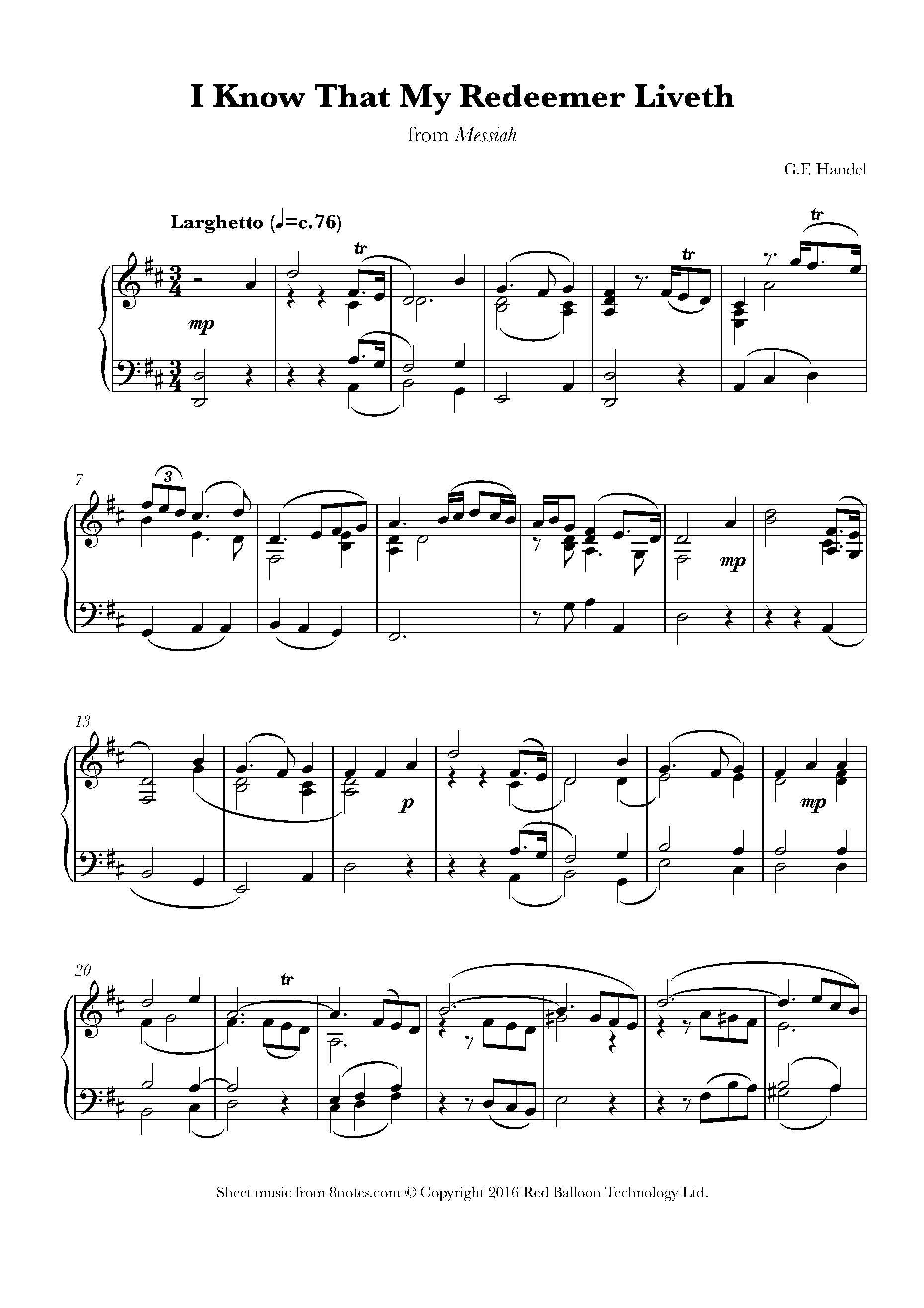 I Know That My Redeemer Liveth from Messiah
(subscription)