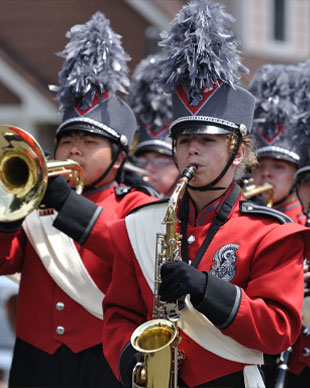 
A Collection of Marching pieces for Guitar. Easy to Advanced Level

This is the 3rd movement from The Piano Sonata No. 11 in A major, K. 331. The last movement, "Alla Turca", popularly known as the "Turkish Rondo", is often heard on its own and is one of Mozart's best-known piano pieces; it was Mozart himself who titled the rondo "Alla Turca". It imitates the sound of Turkish Janissary bands. 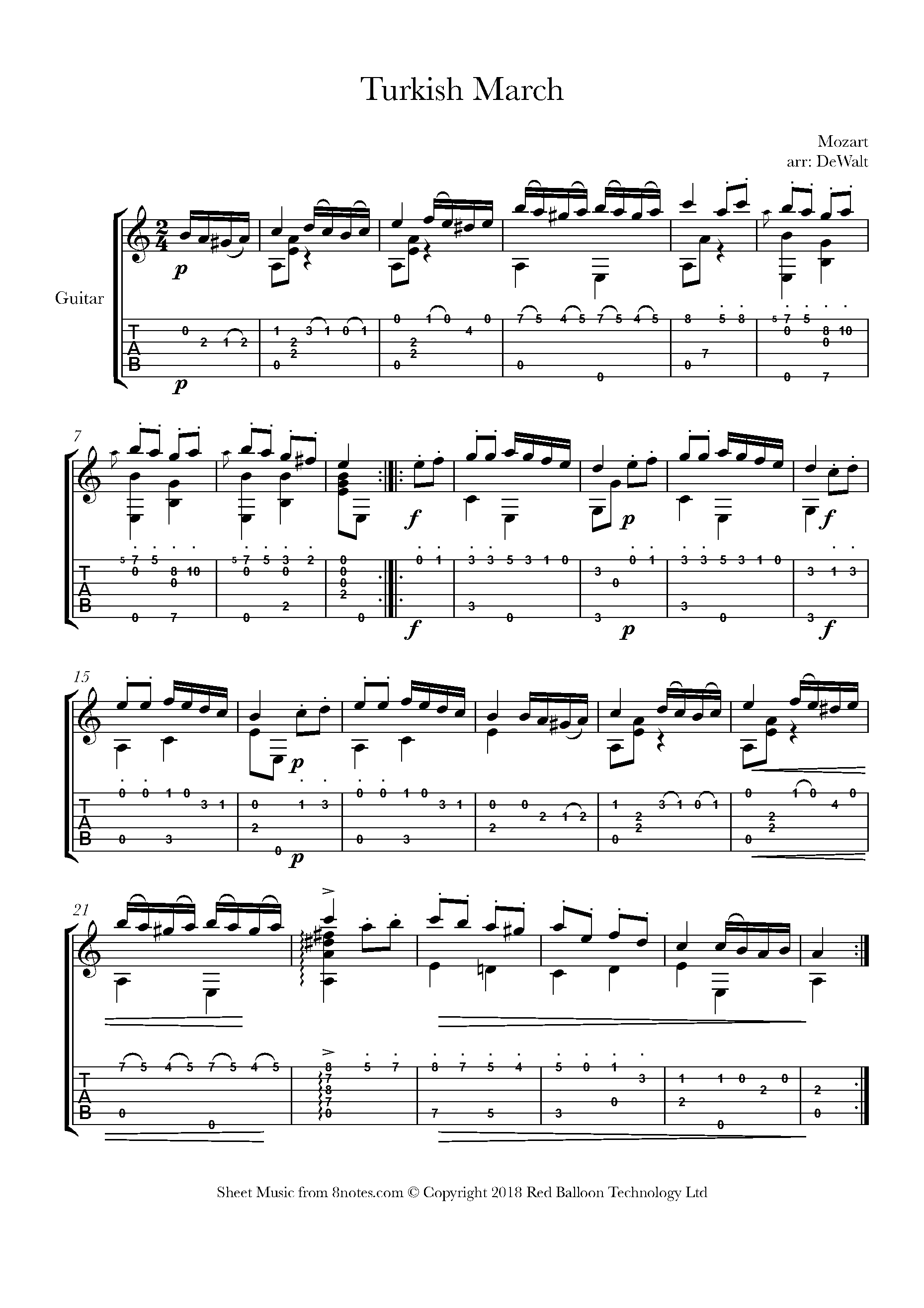 Felix Mendelssohn's "Wedding March" is one of the best known pieces from his suite of incidental music (Op. 61) to Shakespeare's play "A Midsummer Night's Dream." It is one of the most frequently used wedding marches, generally being played on a church pipe organ. It is commonly performed as the bridal party files out at the end of the service. It is frequently teamed with Richard Wagner's "Here Comes the Bride." 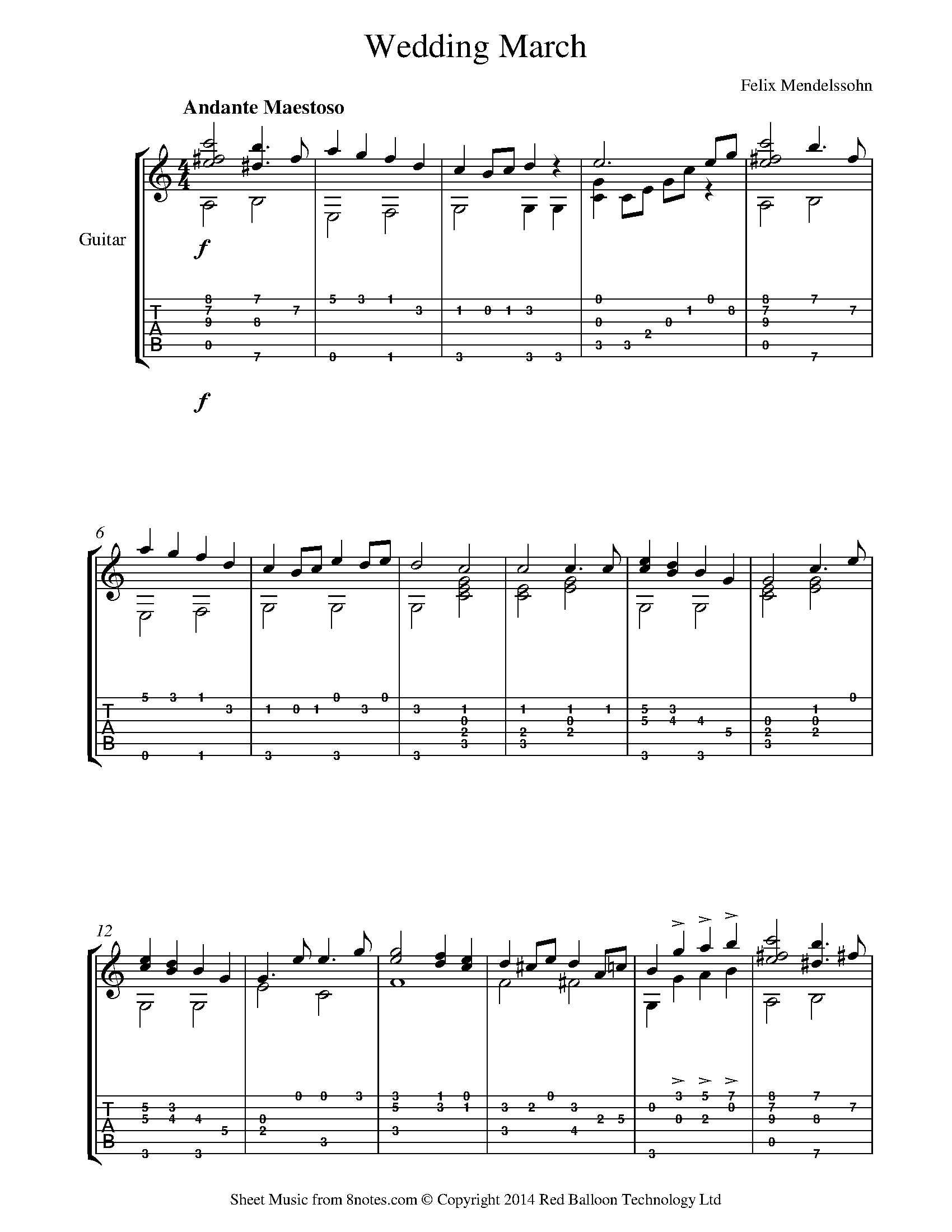 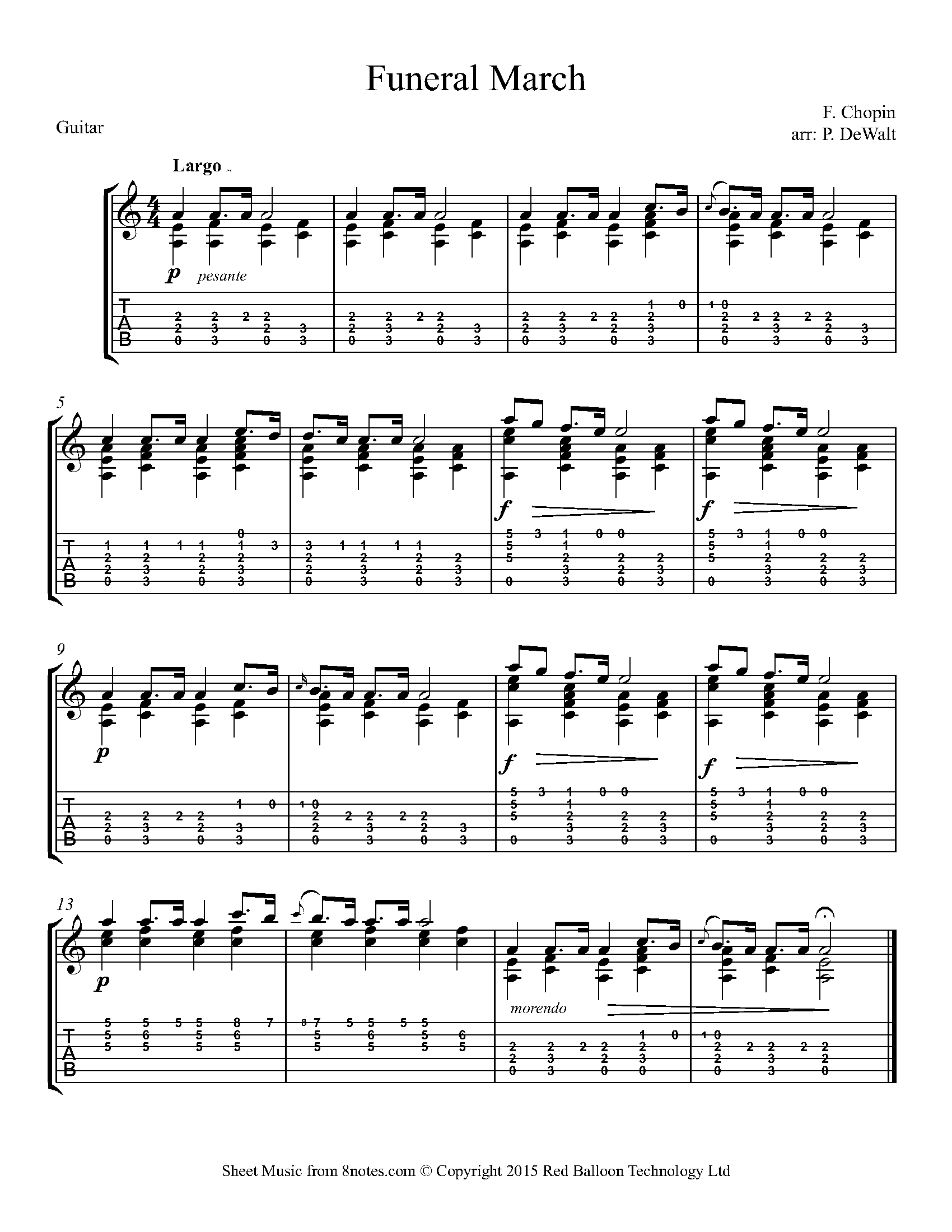 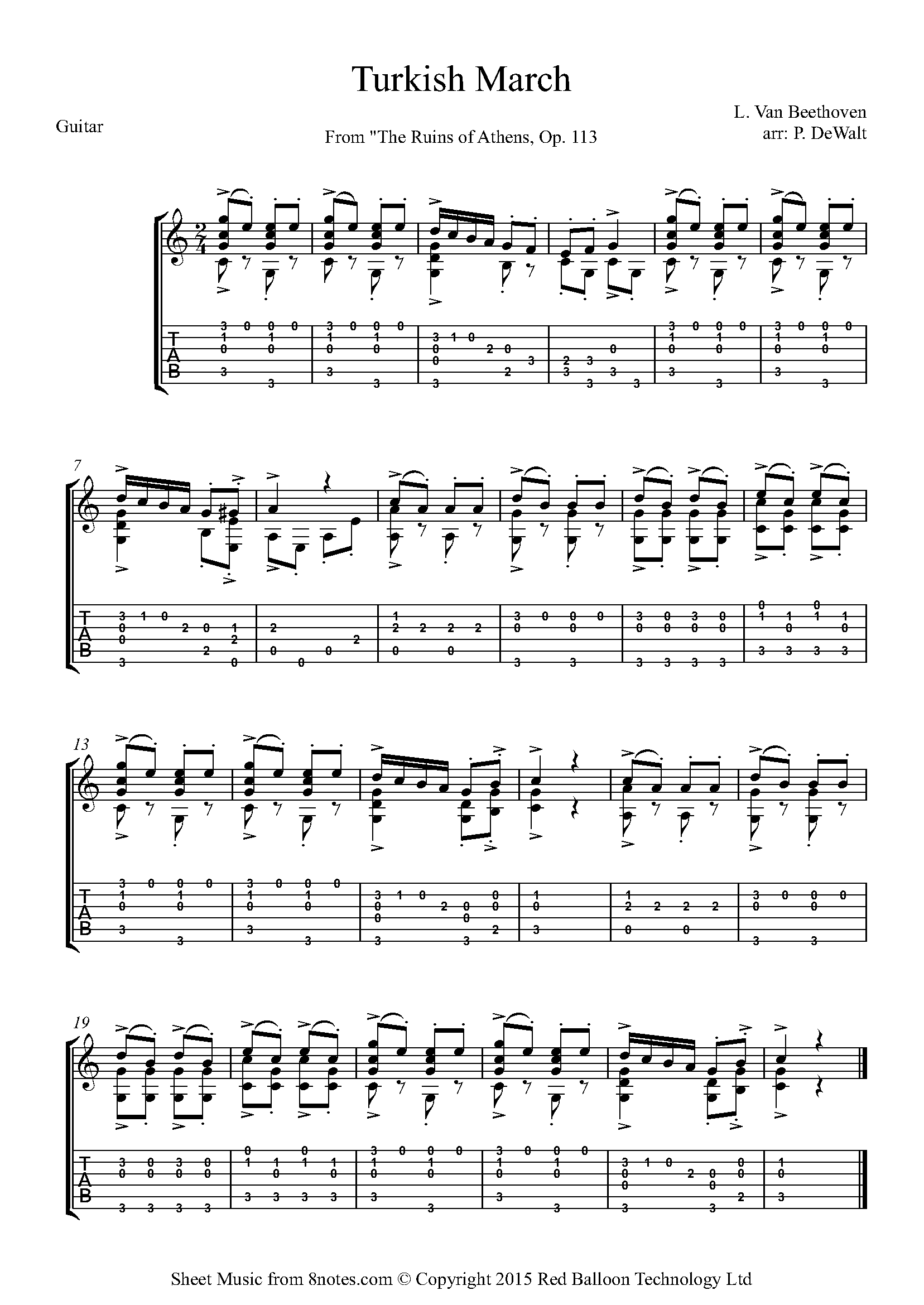 Turkish March From The Ruins of Athens, Op. 113

5.   Tchaikovsky  -  March from The Nutcracker 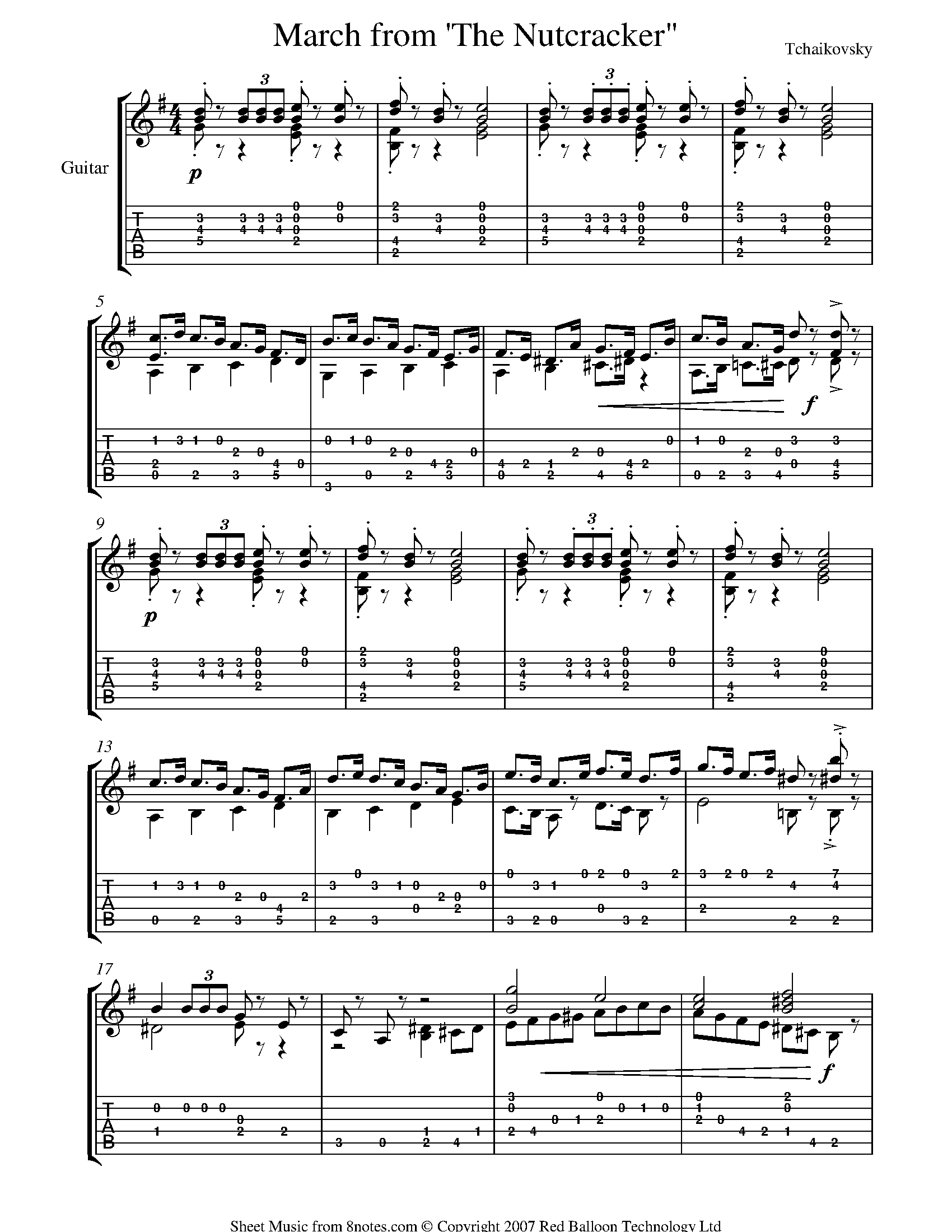 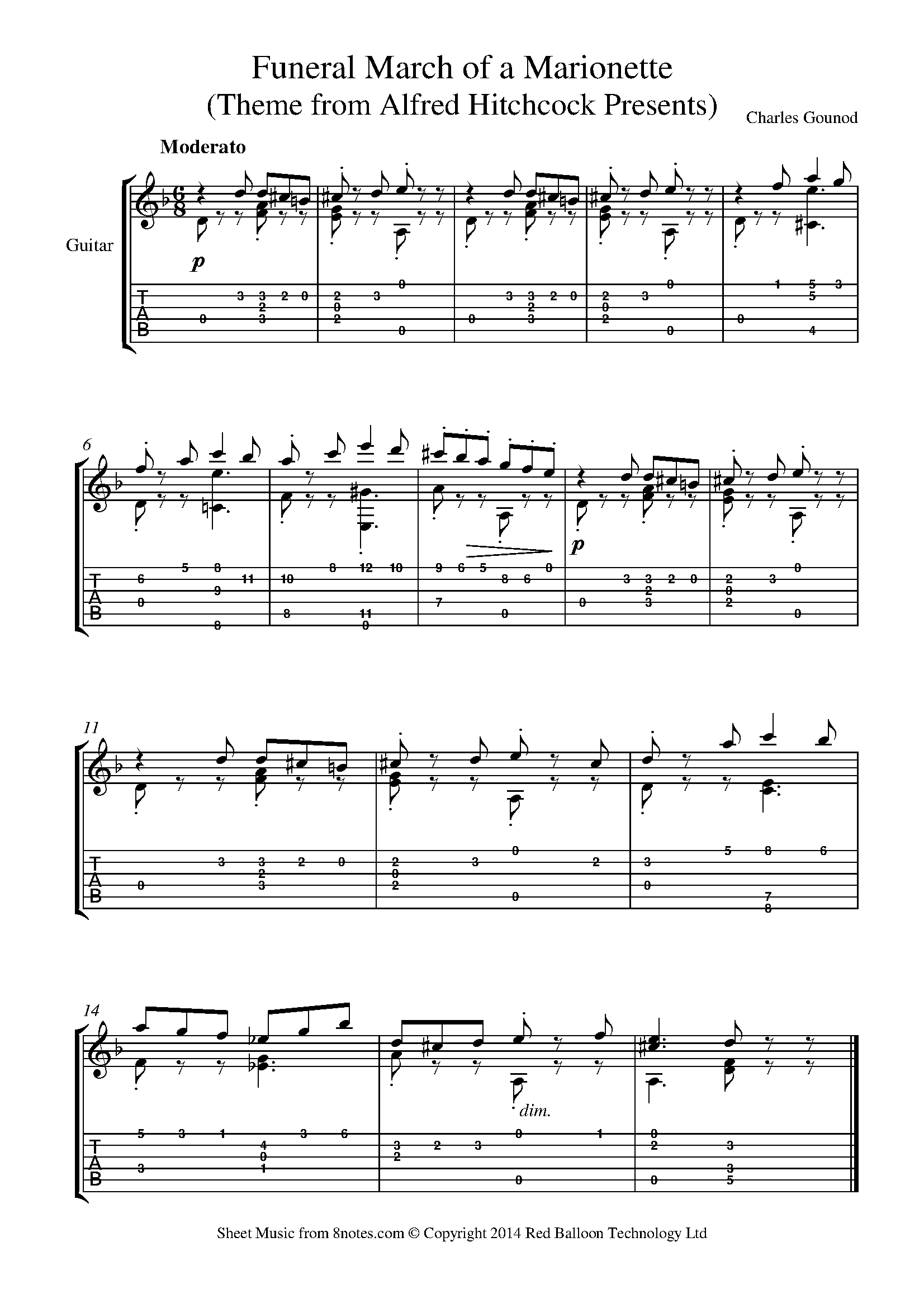 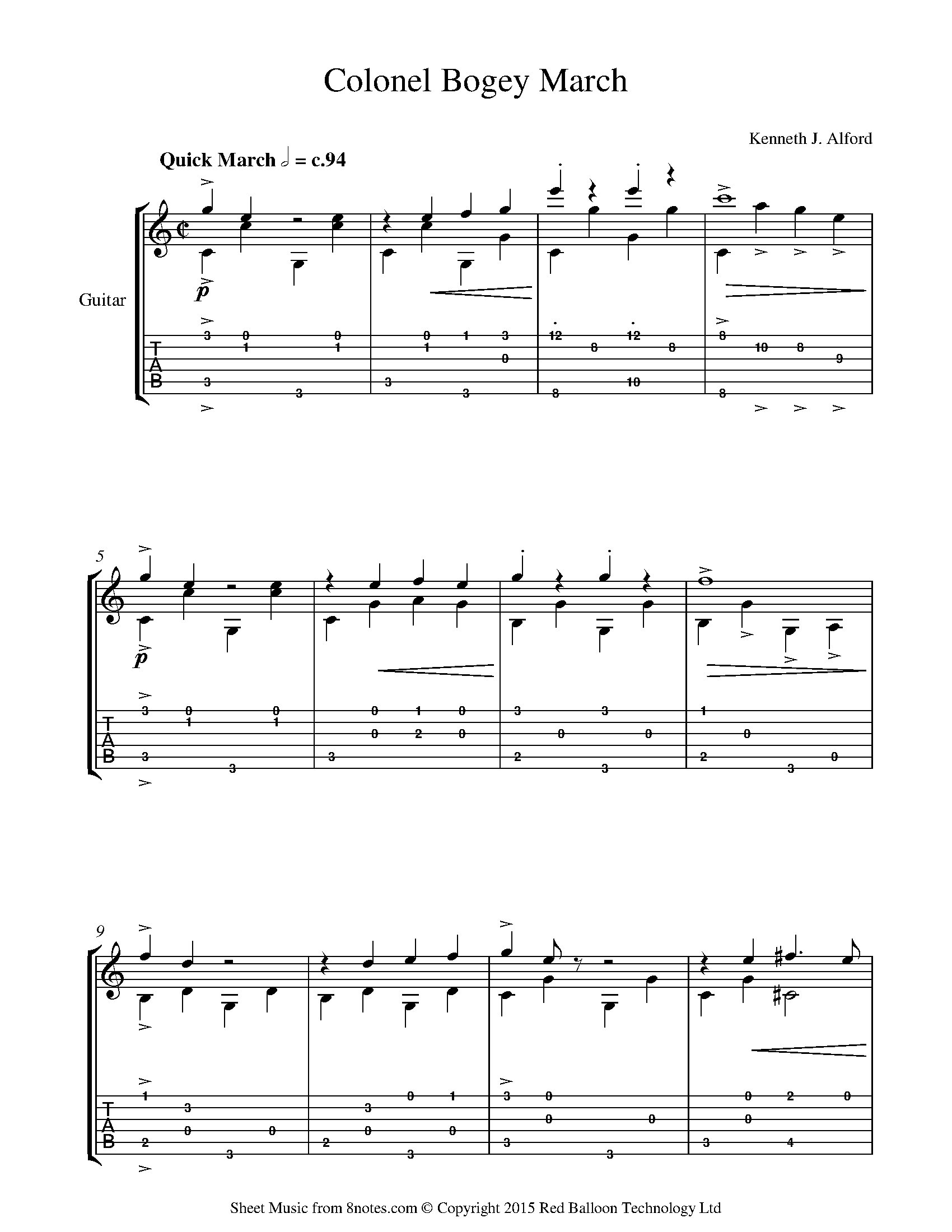 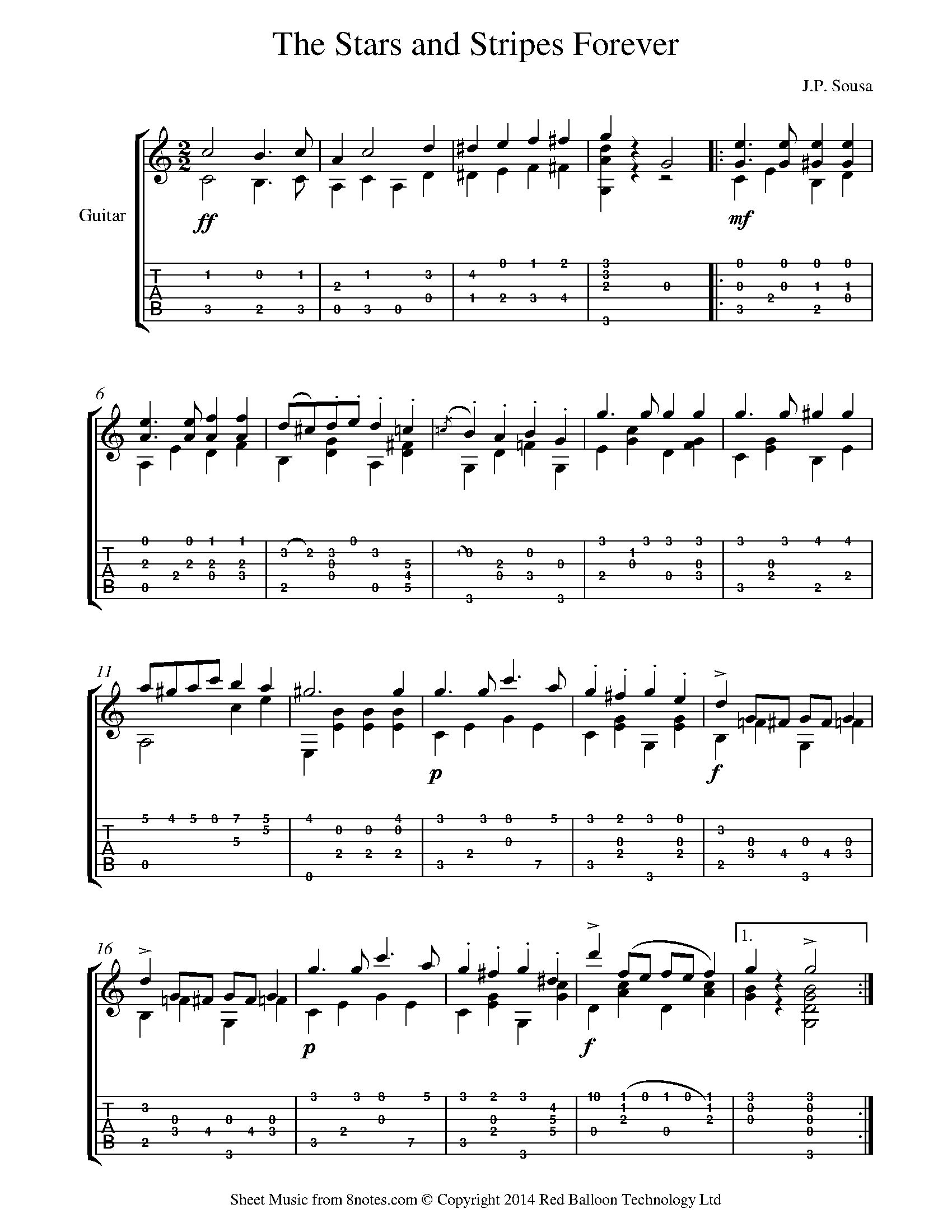 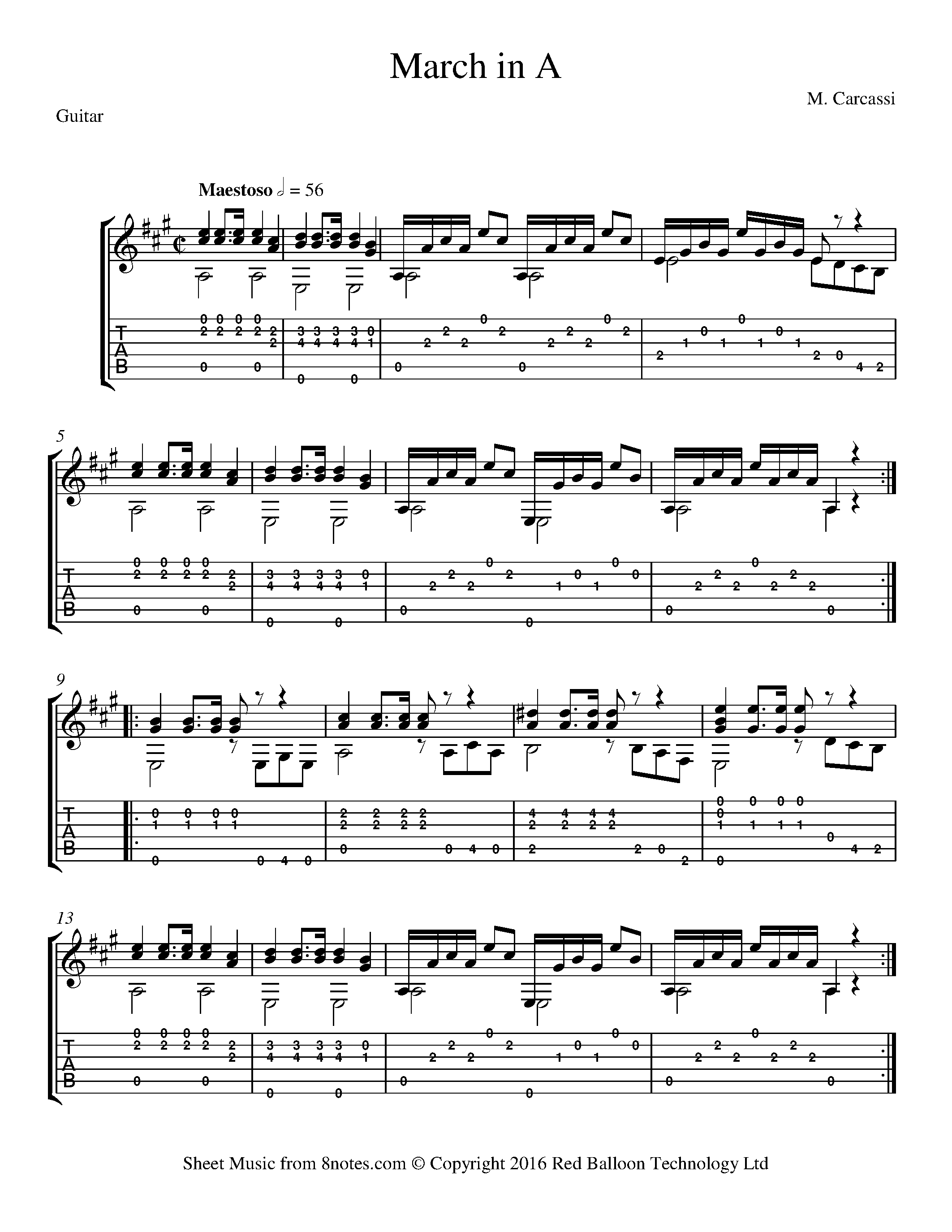 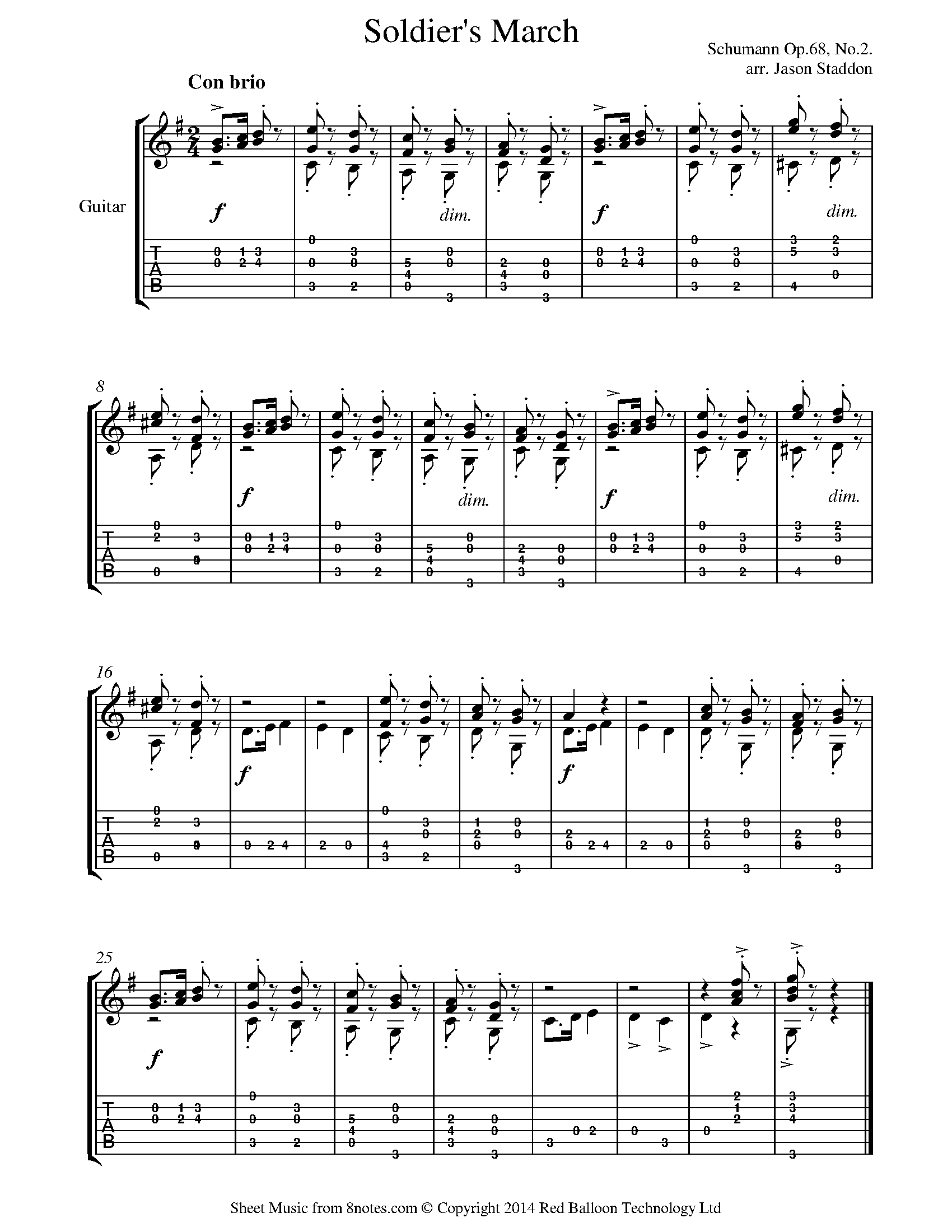