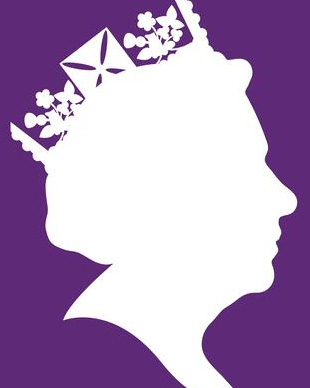 Music from the Funeral of Queen Elizabeth II for Piano

1.   Sleep Dearie Sleep (as used in the funeral of Queen Elizabeth II)

Throughout her life the Queen was awoken by a lone bagpiper, who played beneath her window for the first 15 minutes of the day. This lament, one of her favourites, was played by a solo bagpiper at the end of her funeral service at Westminster Abbey on 19th September 2022. This arrangement captures the simplicity of the piece, the tune being accompanied by a simple drone on the piano, mimicking the drone of the pipes. 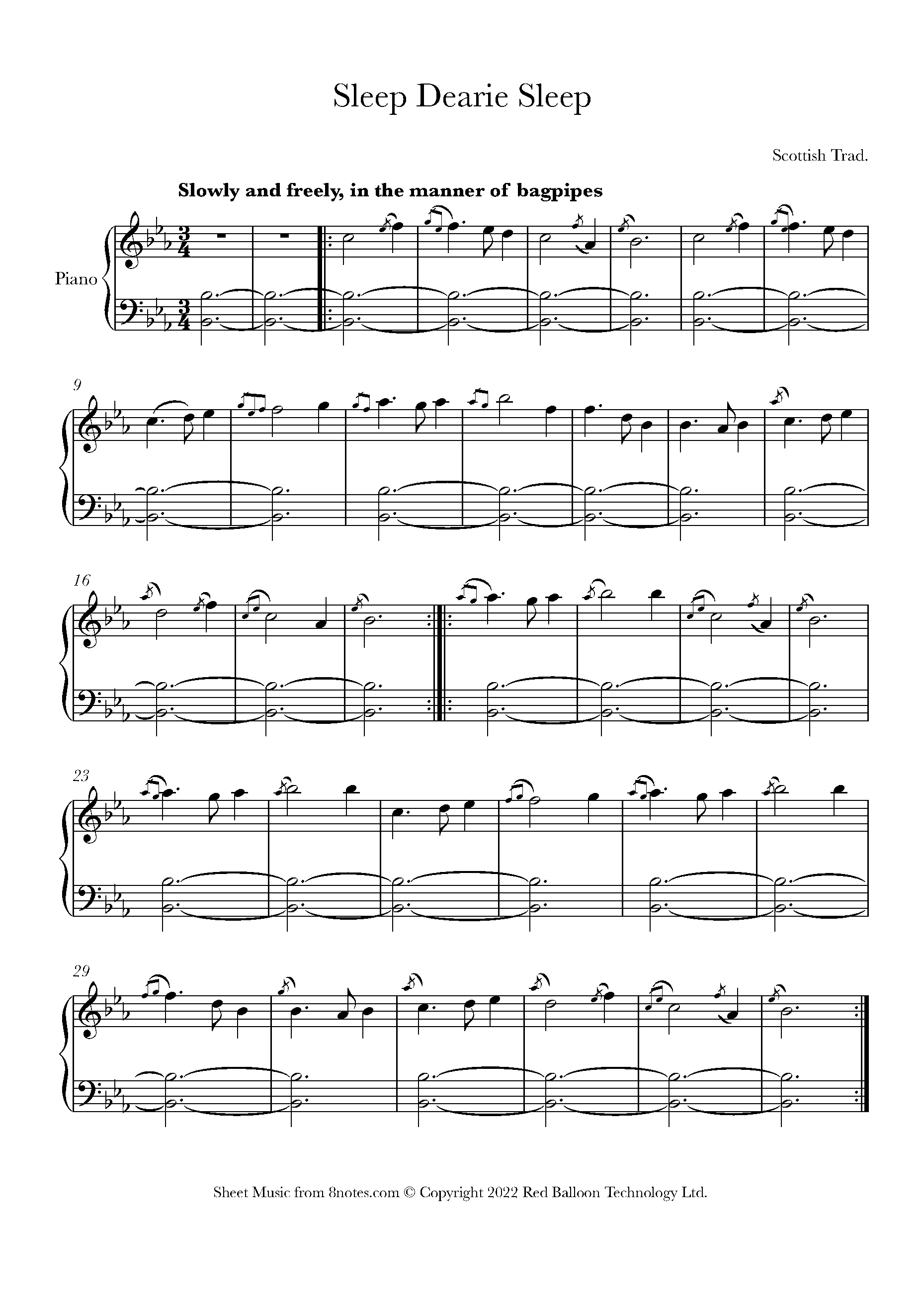 Written in 1713, early in Bach's tenure at Weimar, the Hunt Cantata was composed for a celebration in Weissenfels of the birthday of Duke Christian of Sachsen-Weissenfels and later reworked and performed at other similar birthday celebrations and on namedays. 'Sheep May Safely Graze' is a soprano aria from this cantata. Versions of it are commonly played before weddings, though it is restrained enough also to be suitable for funerals, being used, for example, at the end of the committal service of Queen Elizabeth II in 2022. 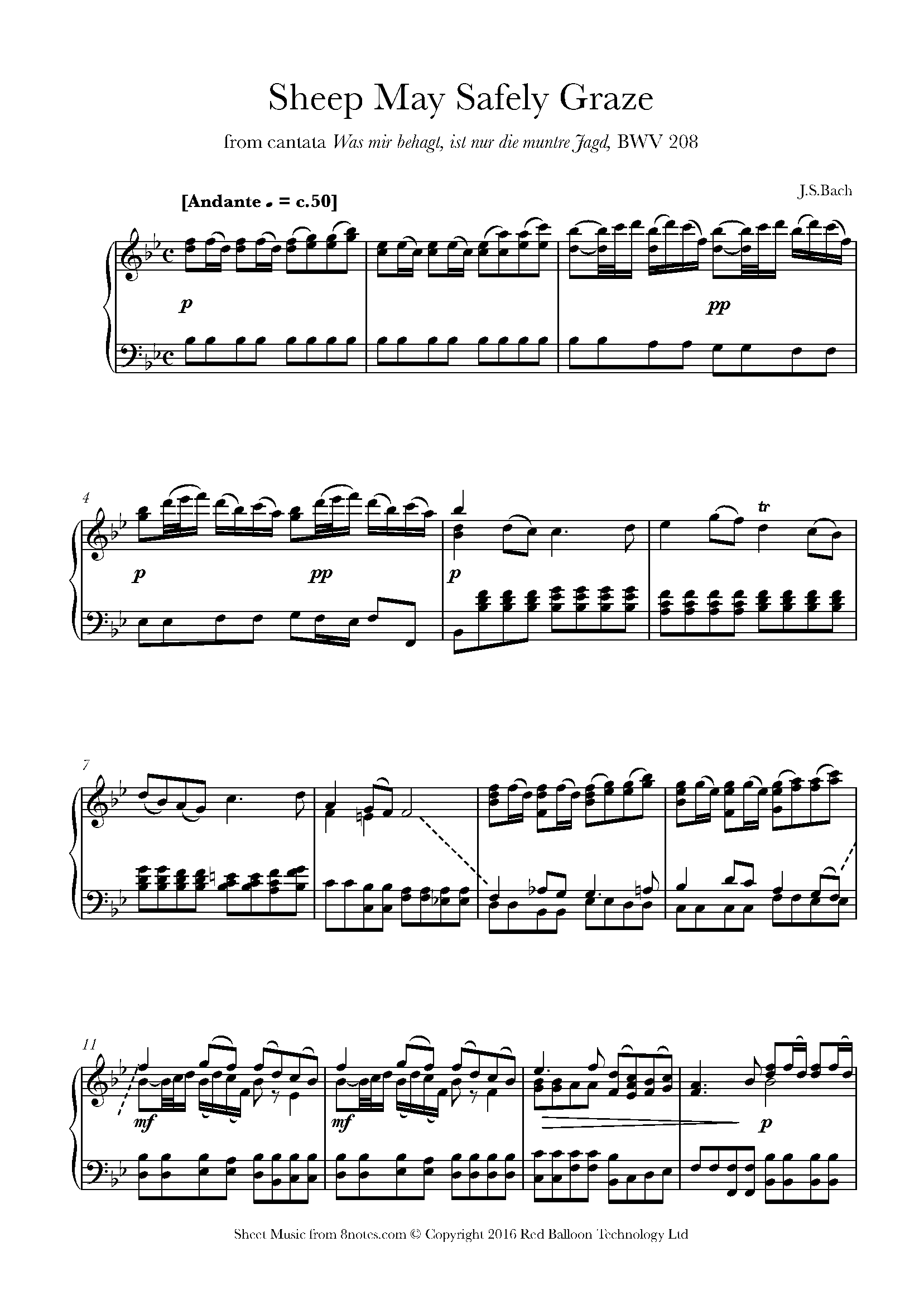 'God Save the King' is a piece rich in associations, having been the the national anthem for a number of Commonwealth realms (where it is still commonly used as a royal anthem), as a royal anthem, with different words, in Liechtenstein and Norway, as the patriotic U.S. hymn 'My Country Tis of Thee' and, of course, as the British National Anthem. In that context the title of the piece changes according to the gender of the monarch, as it did on the death of Queen Elizabeth in 2022, leading to accession of her son King Charles. 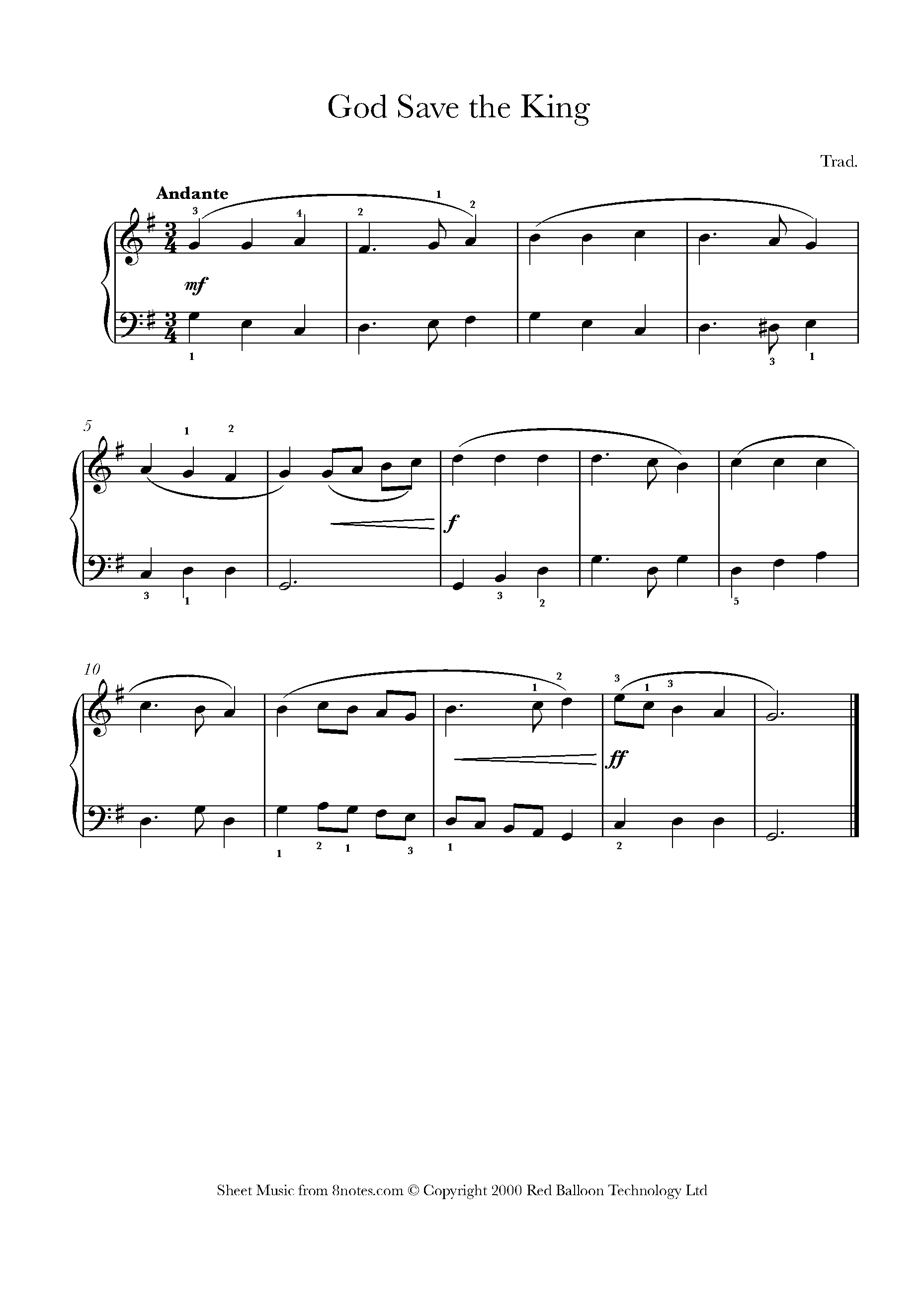 Elgar's "Engima" Variations are a set of variations for symphony orchestra, first performed in 1899. Each movement is dedicated to a friend of the composer. The ninth variation, "Nimrod" represents Elgar's friend A. J. Jaeger, and is alledged to capture a discussion between them on Beethoven's slow movements. The movement has become popular in its own right, often used for solemn or patriotic occasions, such at the Cenotaph on Remembrance Day, at the 1997 Hong Kong handover ceremony, at the opening of the 2021 London Olympic Games or at the end of the Committal Service of Queen Elizabeth II in 2022. 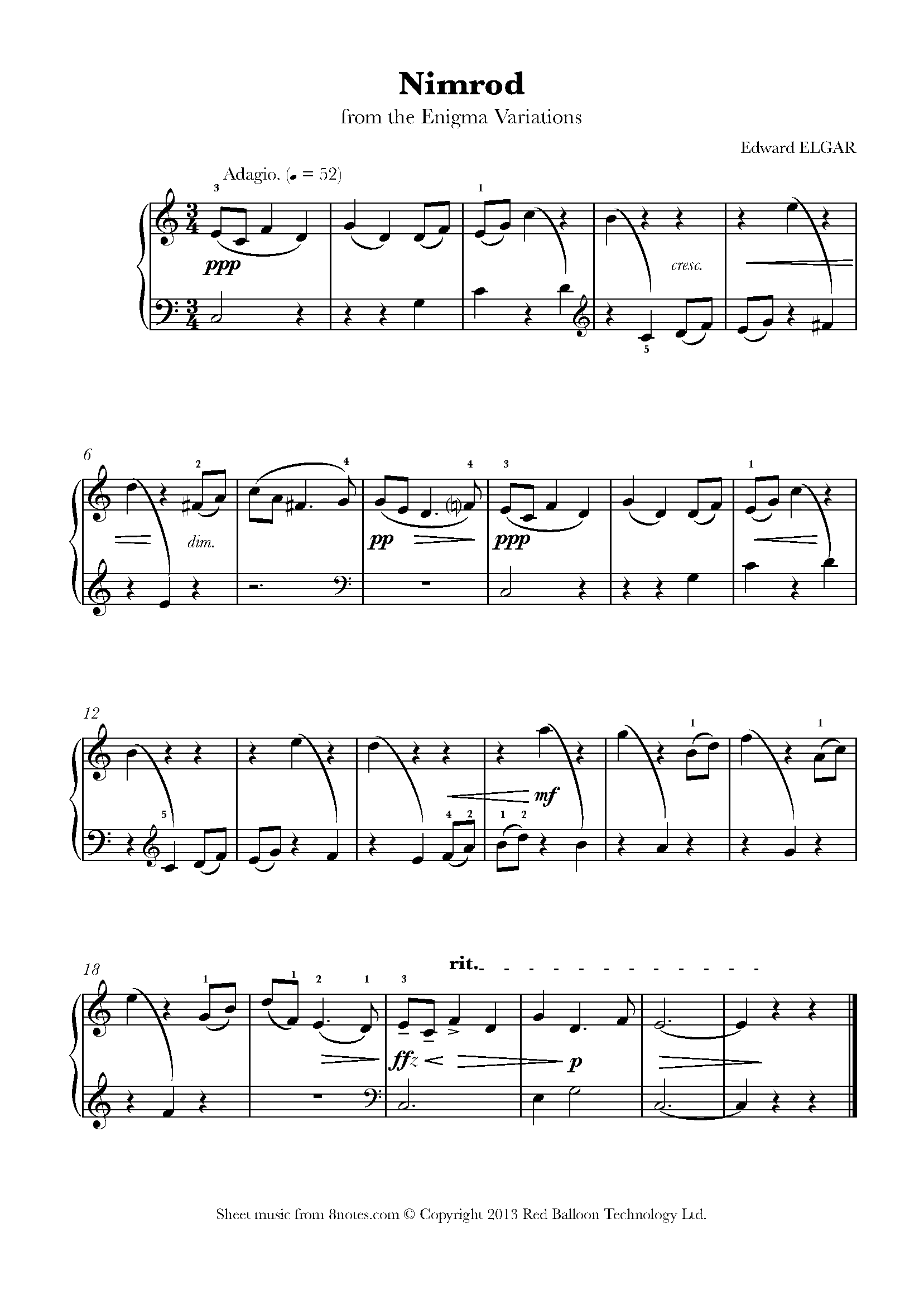 The hymn 'The Lord's My Shepherd' is normal attributed to the English Puritan Francis Rous and based on the text of Psalm 23 in the Bible. It is sung to the tune Crimond by Jessie Seymour Irvine, named after Crimond Church in the Aberdeenshire town of Crimond. In 2016 it was revealed to be one of Queen Elizabeth II's favourite pieces of music and was used in her funeral service at Westminster Abbey six years later.

Lyrics:
The Lord's my Shepherd, I'll not want;
he makes me down to lie
in pastures green; he leadeth me
the quiet waters by. 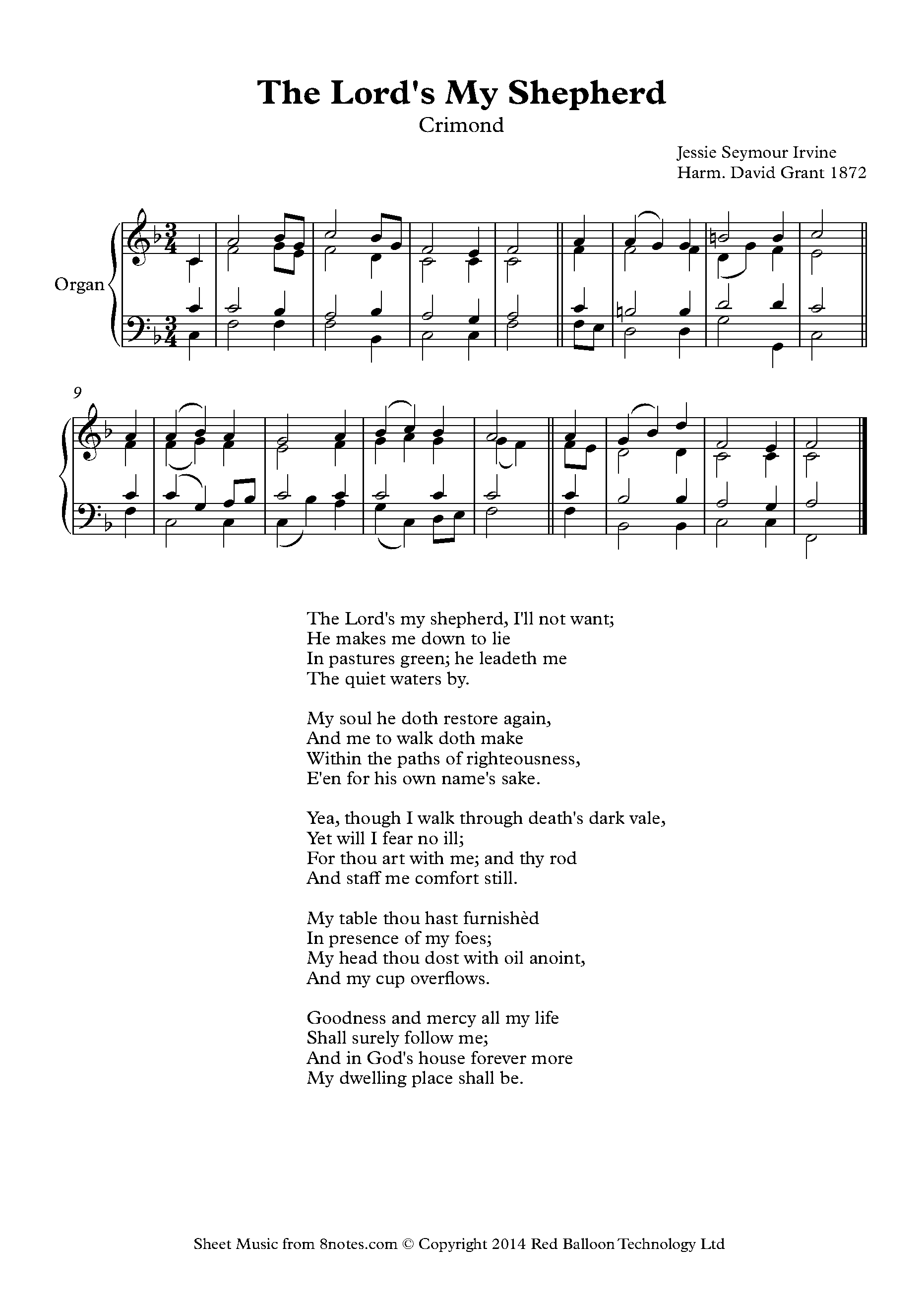 The Lord's My Shepherd (Crimond)

6.   anon  -  Russian Contakion of the Departed (as used in the funeral of Queen Elizabeth II)

A Kontakion is a hymn that derives from the Orthodox and Eastern Catholic Christian traditions. The use of the 'Russian Kontakion of the Departed' in the Anglican tradition may have originated in its performance at a memorial service for Tsar Alexander III in 1894. Queen Victoria was present at this service, commenting positively on this music afterwards. This likely led her daughters asking for it to be included in the monarch's state funeral, a request that was blocked, the music being considered inappropriate in that context. This did not, however, prevent its use in the funeral of Queen Alexandra at Westminster Abbey in 1925. The 'Russian Kontakion of the Departed' was also used in the committal service of Queen Elizabeth II at St. George's Chapel, Windsor, having also been used in the funeral of her husband, the Duke of Edinburgh a year before.

LYRICS:
Give rest, O Christ, to thy servant with thy Saints:
where sorrow and pain are no more;
neither sighing,
but life everlasting. 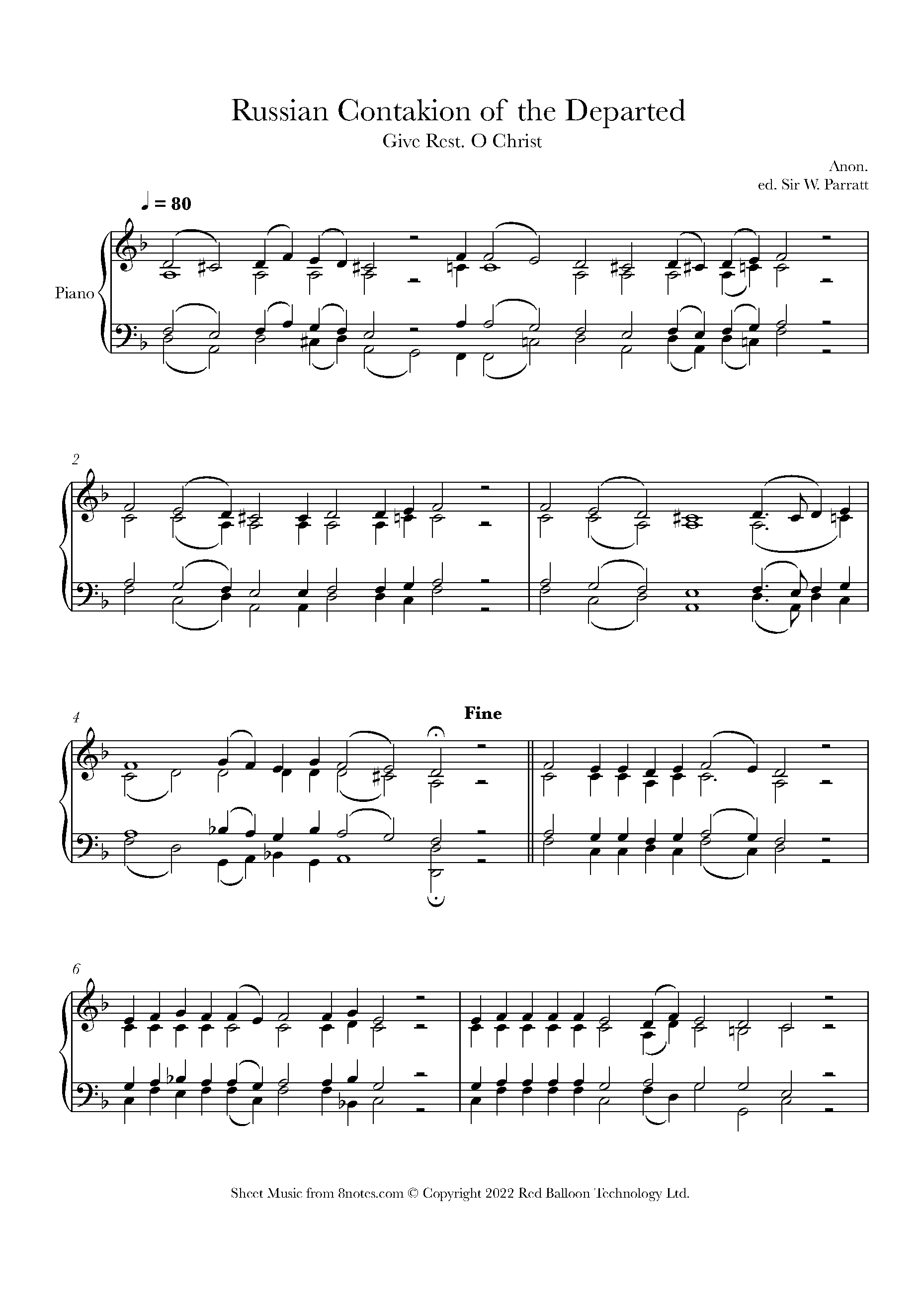 Orlando Gibbons (1583-1625) was especially well-known as master virginalist and madrigalist, though he made a significant contribution in other genres despite his life being much shorter than contemporaries such as William Byrd. His restrained Fantasia of Four Parts appears to have been written in open score, probably for viols, though is today commonly played on the organ. It makes an excellent choice for the moments preceding more sombre religious services, as was the case when it was played before funeral of Queen Elizabeth II at Westminster Abbey in 2022. 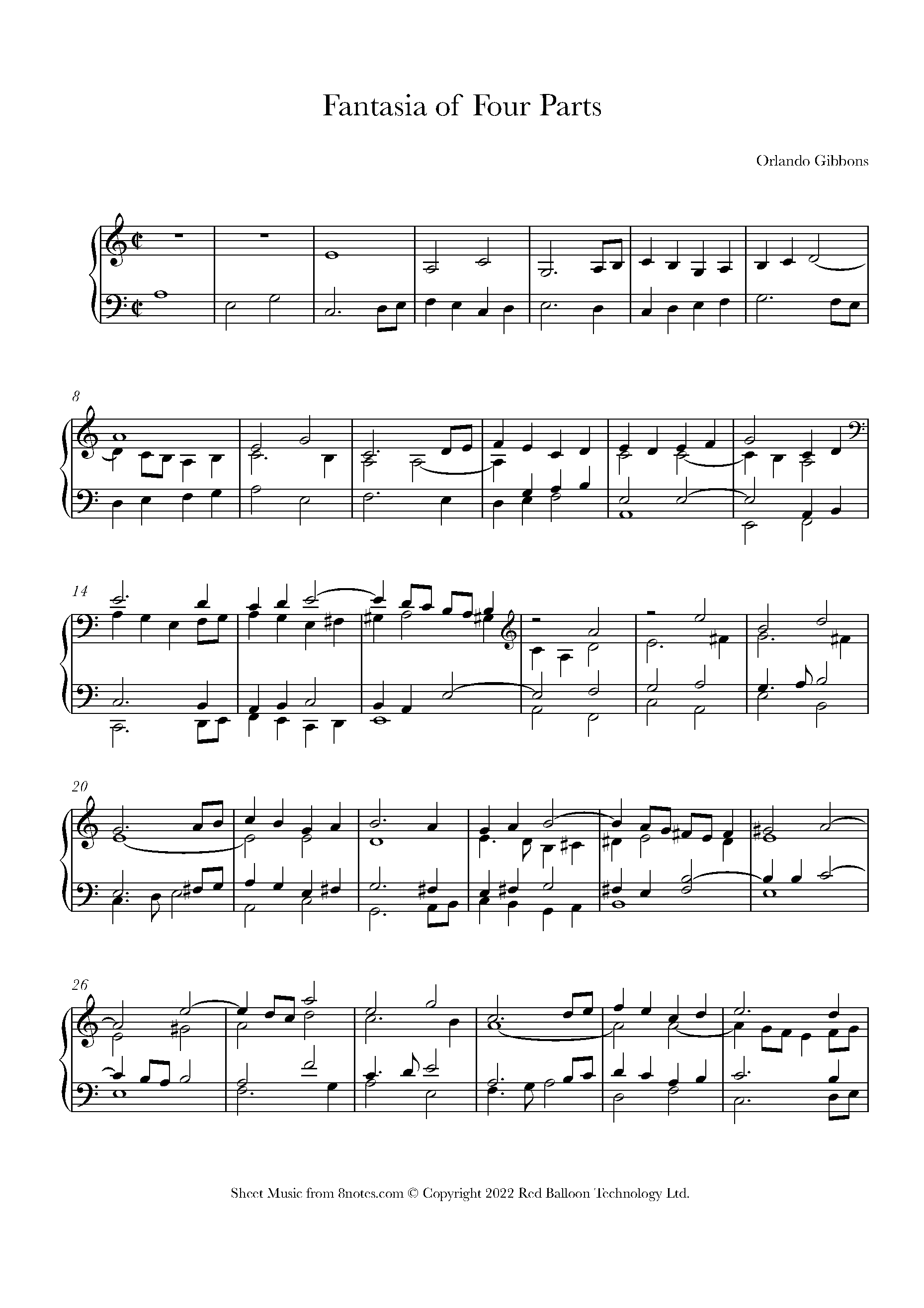 8.   Croft  -  Burial Sentences (as used in the funeral of Queen Elizabeth II)

William Croft (1678-1727) was a composer, Master of the Children of the Chapel Royal and organist of Westminster Abbey. One of his lasting contributions to choral music is this sublime setting of funeral verses from the Book of Common Prayer, collectively known as the 'Burial Sentences.' Of these, one section 'Thou knowest, Lord, the secrets of our hearts" was not, in fact, written by Croft, but by his illustrious predecessor at Westminster Abbey, Henry Purcell. On this Croft remarked 'The reason why I did not compose that verse anew (so as to render the whole service entirely of my own composition) is obvious to every Artist; in the rest of that service composed by me, I have endeavoured as near as I could, to imitate that great master and celebrated composer, whose name will for ever stand high in the rank of those who have laboured to improve the English style..." The work is commonly used at royal funerals, being performed, for example, in 2022 in the opening procession at the funeral of Queen Elizabeth the II at Westminster Abbey.

LYRICS:
I am the resurrection and the life, saith the Lord :
he that believeth in me, though he were dead, yet shall he live:
and whosoever liveth and believeth in me shall never die.

I know that my Redeemer liveth, and that he shalt stand
at the latter day upon the earth.
And though after my skin worms destroy this body,
yet in my flesh shall I see God:
whom I shall see for myself,
and mine eyes shall behold, and not another. 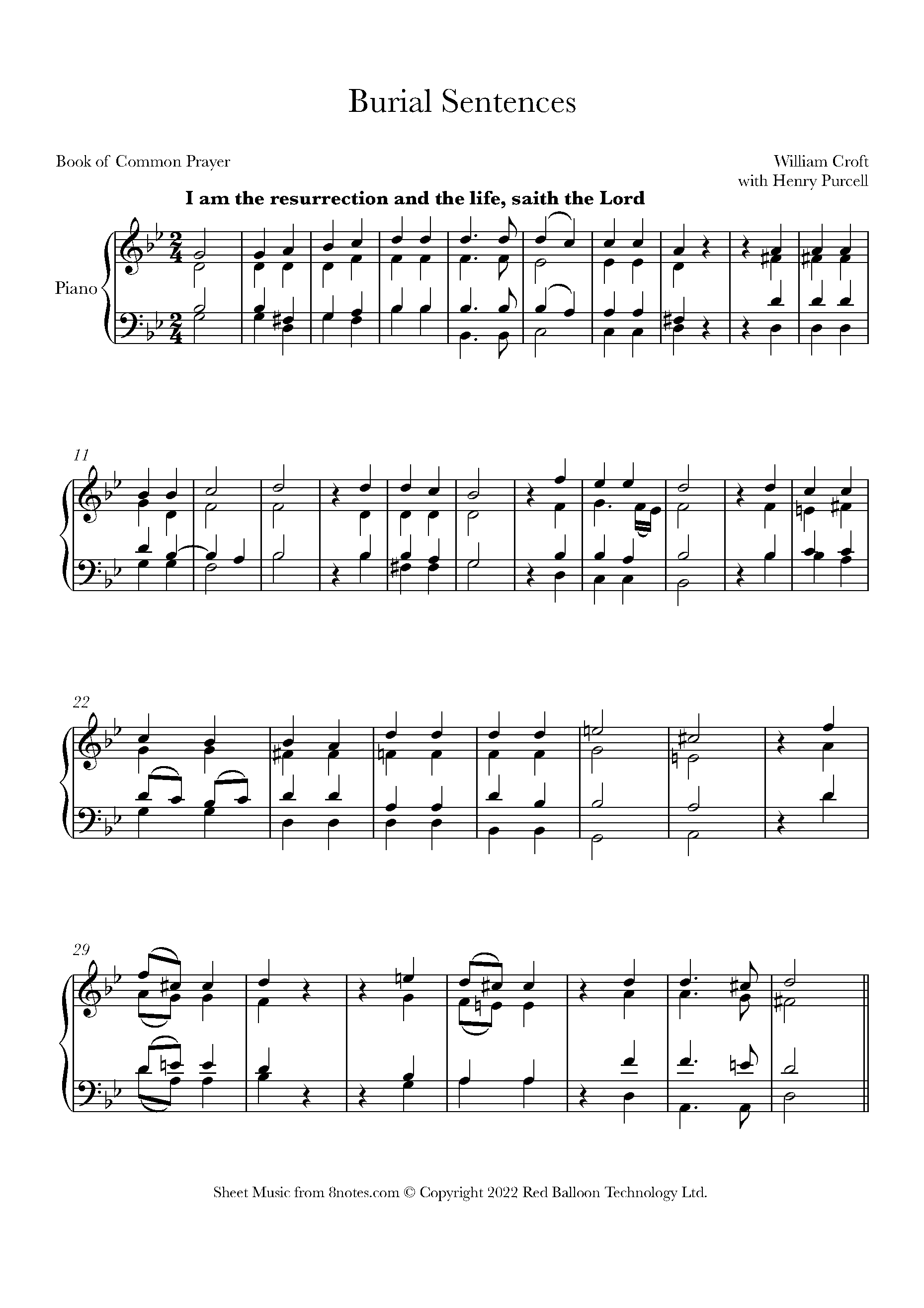 Burial Sentences (as used in the funeral of Queen Elizabeth II)

This popular tune set John Ellerton's hymn The Day Thou Gavest, Lord, is Ended. The tune is generally credited to the Rev. Clement Cotteril Scholefield (1839–1904) although there is some speculation it was actually written by Sir Arthur Sullivan of Gilbert and Sullivan fame. The hymn has been used on several national occasions, including Queen Victoria's Diamond Jubilee in 1897, at the Hong Kong handover ceremony in 1997 and at the funeral of Queen Elizabeth II in 2022.

LYRICS:
The day Thou gavest, Lord, is ended,
The darkness falls at Thy behest;
To Thee our morning hymns ascended,
Thy praise shall sanctify our rest. 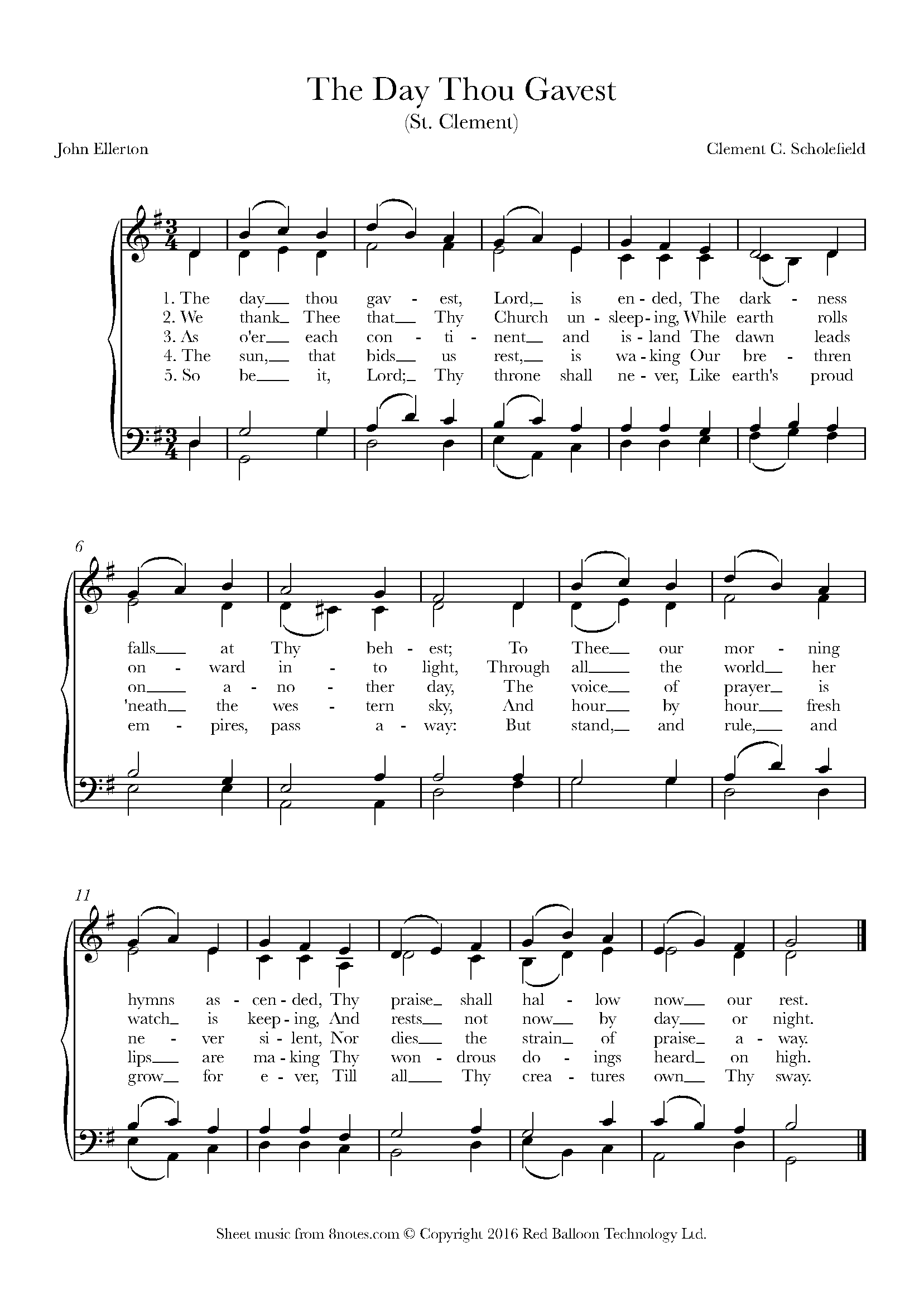 The Day Thou Gavest (St. Clement)

Blaenwern is a rousing Welsh hymn tune by composer, organist, conductor and teacher William "Penfro" Rowlands (1860-1937). It is named after Blaenwern Farm near Tufton, Pembrokeshire. It is commonly sung, as, for example, during the funeral service of Queen Elizabeth II in 2022, to the Charles Wesley's words 'Love Divine, All Loves Excelling,' though it is also used in the Welsh language hymns 'Deued Dyddiau O Bob Cymysg' and (less commonly) 'Calon Lân.'

LYRICS:
Love divine, all loves excelling,
joy of heav’n, to earth come down,
fix in us thy humble dwelling,
all thy faithful mercies crown.
Jesus, thou art all compassion,
pure, unbounded love thou art.
Visit us with thy salvation;
enter ev'ry trembling heart. 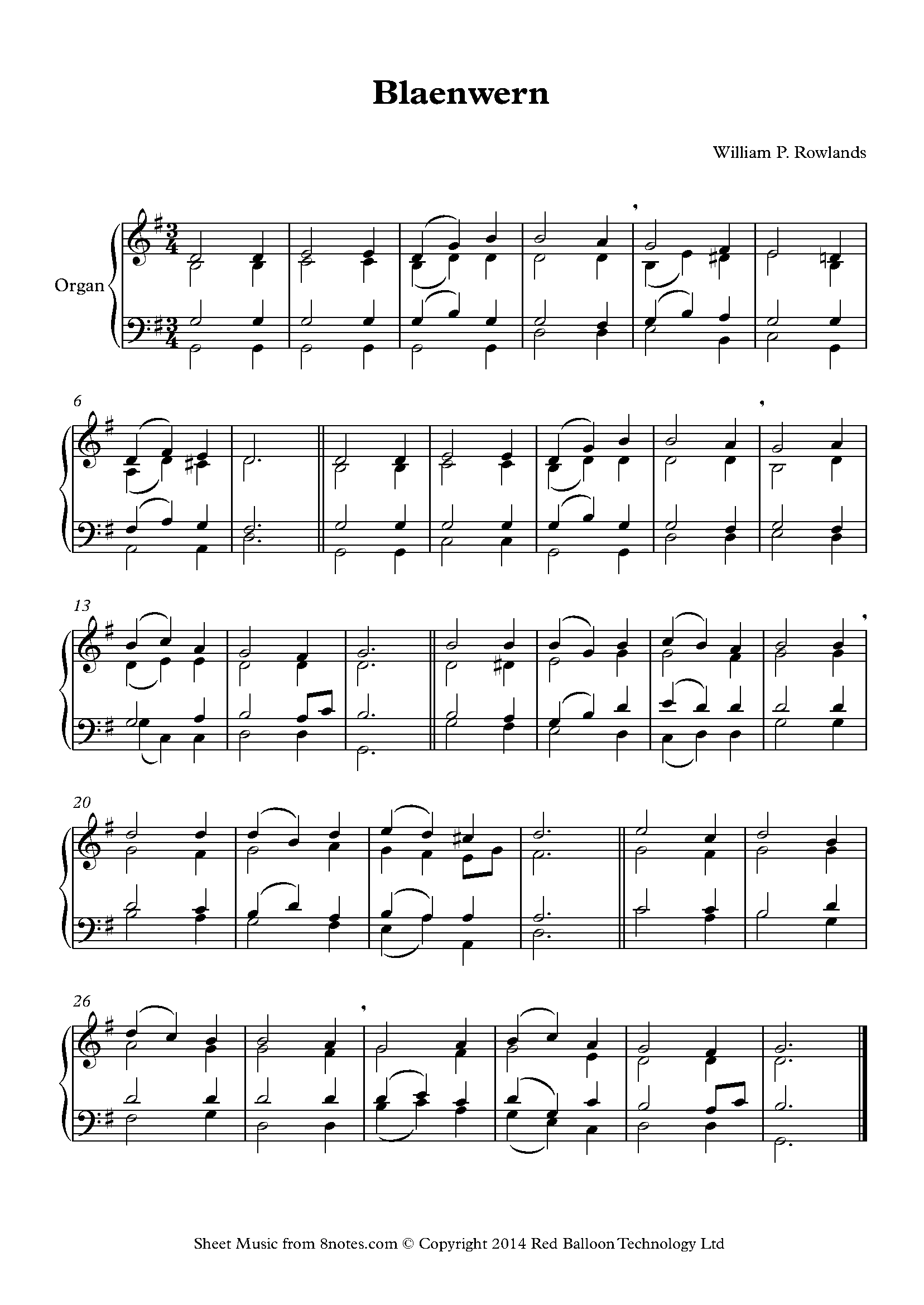 11.   Purcell  -  Christ Is Made the Sure Foundation (Westminster Abbey)

The lyrics of 'Christ is Made the Sure Foundation' derive from a translation of the early-Christian monastic hymn 'Urbs beata Jerusalem.' These words were later set to an adapted final of Henry Purcell's anthem 'O God, thou art my God.' It was the final hymn sung at the Committal Service of Queen Elizabeth II at St. George's Chapel, Windsor in 2022.

LYRICS:
Christ is made the sure foundation,
Christ, our head and cornerstone,
chosen of the Lord and precious,
binding all the Church in one;
holy Zion's help forever,
and our confidence alone. 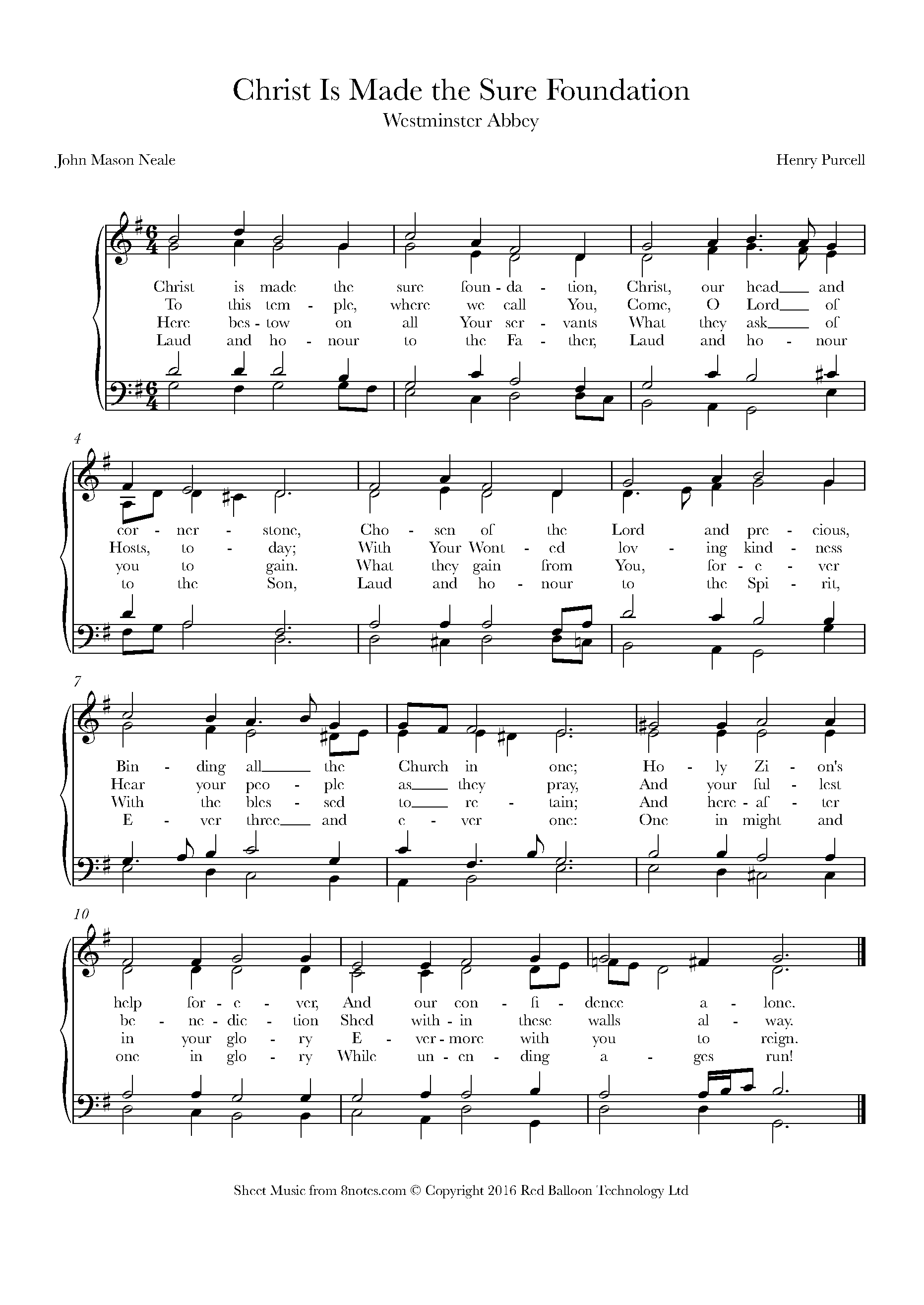 Christ Is Made the Sure Foundation (Westminster Abbey)