A collection of Neapolitan songs in special arrangements for Cello and piano. Easy to Advanced Level 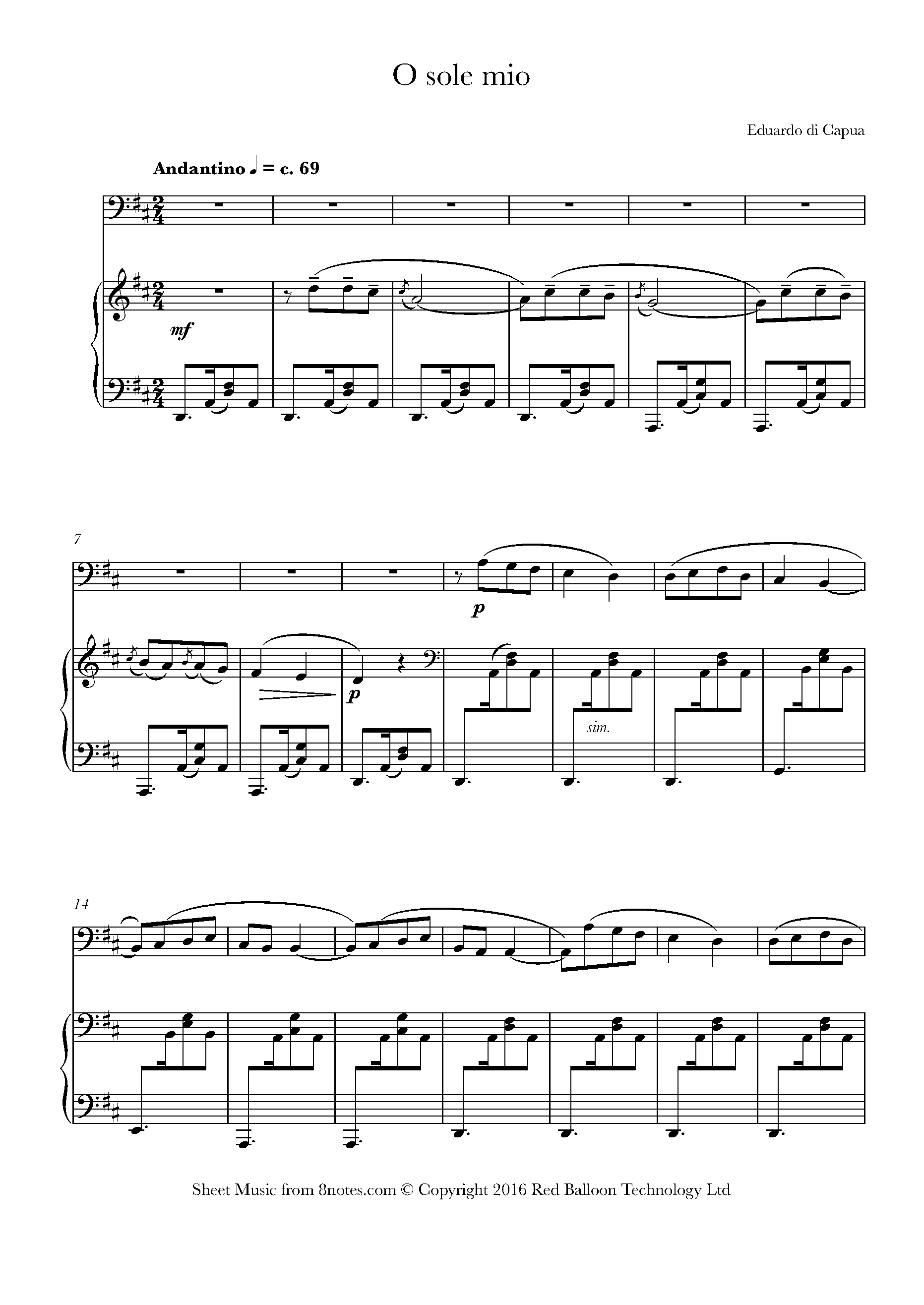 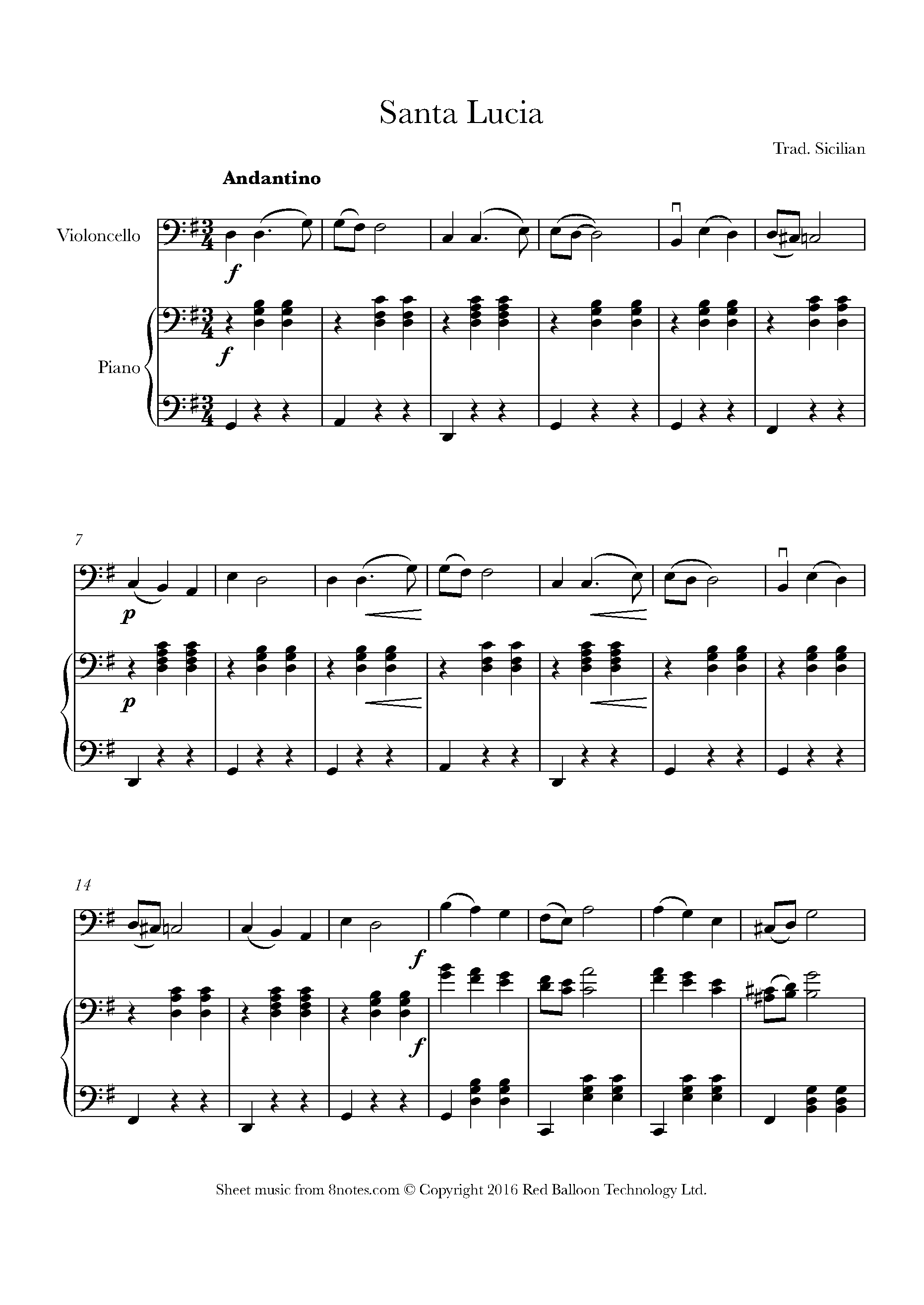 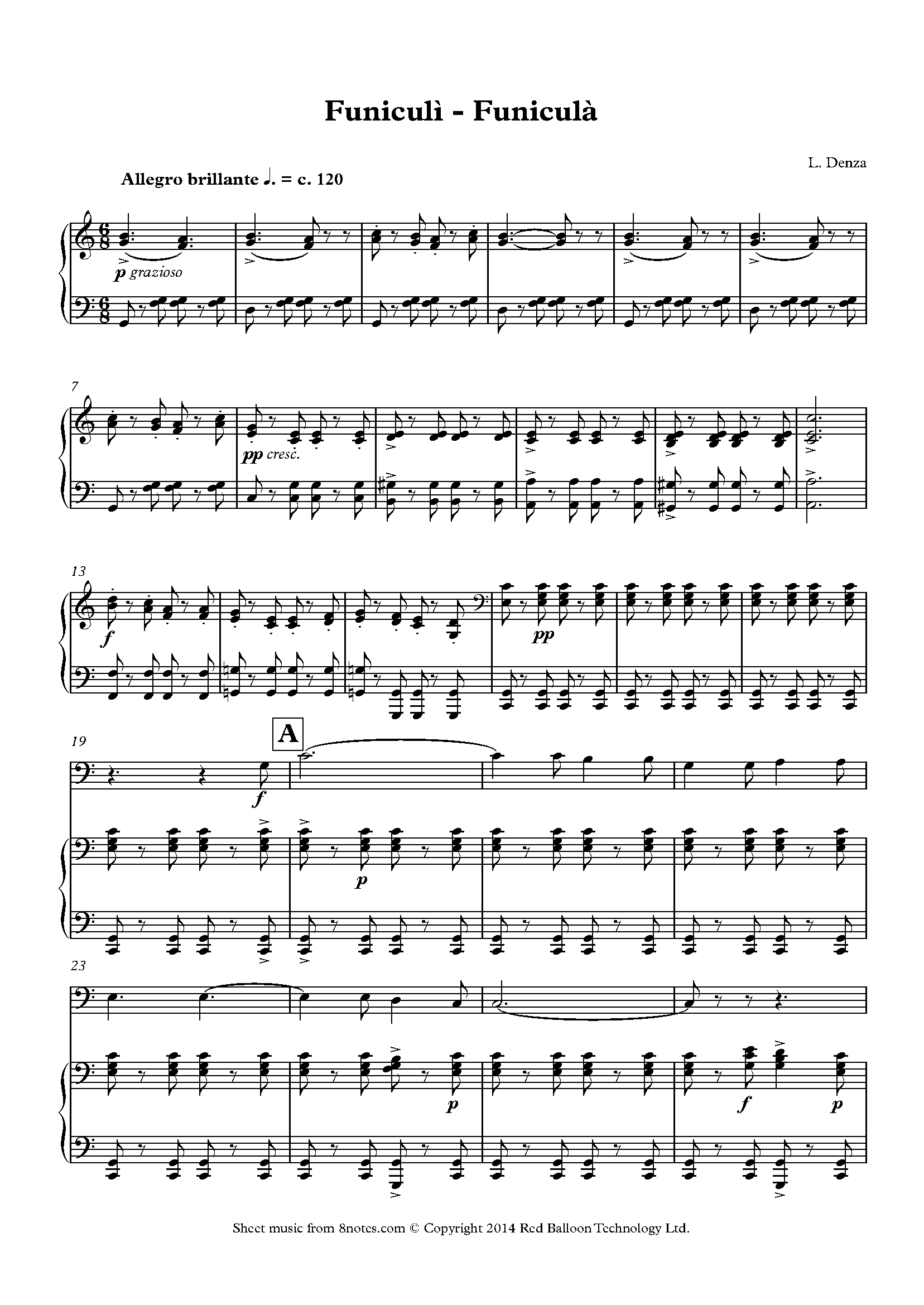 "Torna a Surriento" is a Neapolitan song said to have been composed in 1902 by Ernesto De Curtis to words by his brother, Giambattista. Claude Aveling wrote the English language lyrics, which are titled "Come Back to Sorrento". Doc Pomus and Mort Shuman re-arranged it and wrote a new set of lyrics for Elvis Presley ("Surrender"). 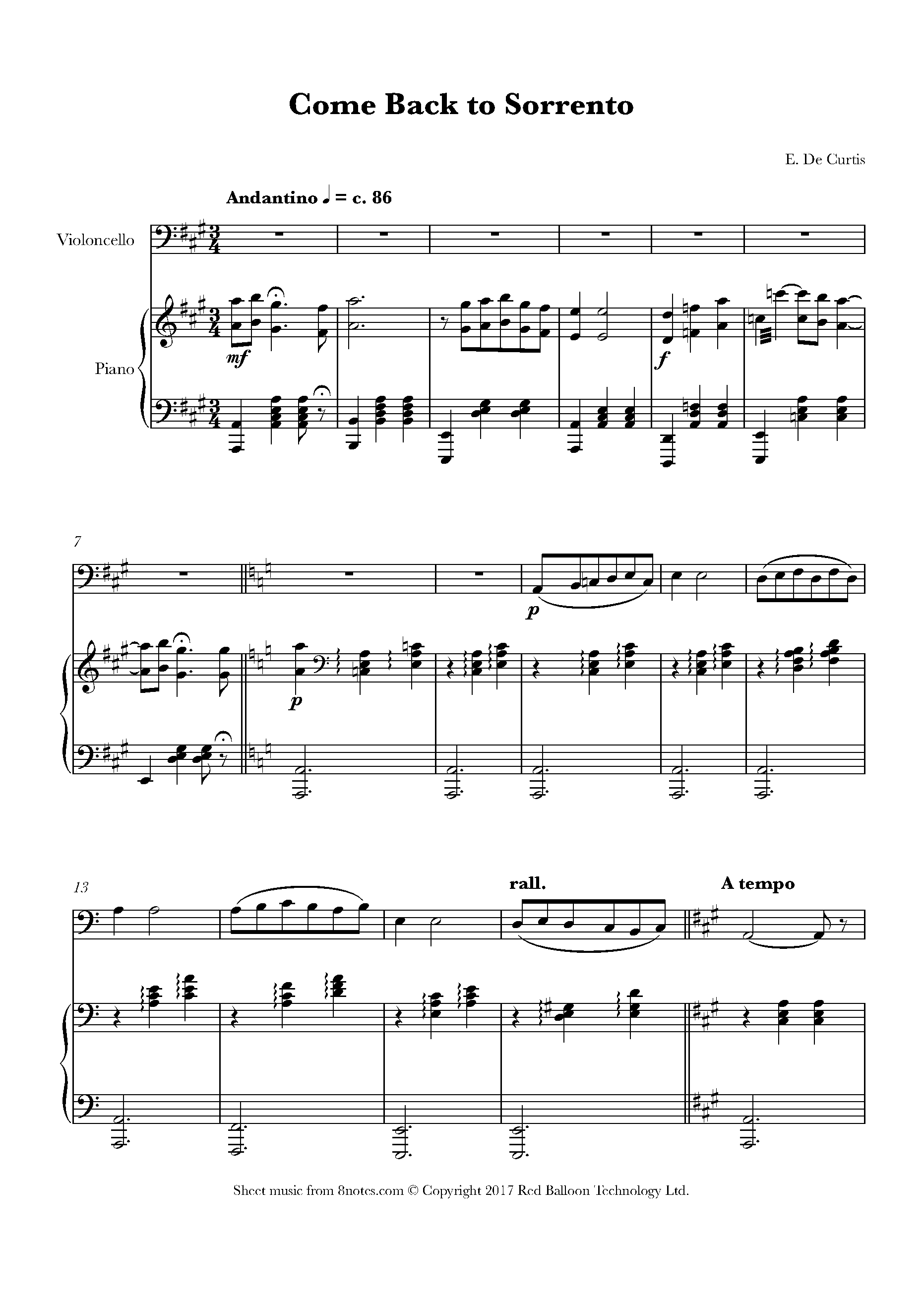 Come Back to Sorrento (Torna a Surriento) ( a.k.a. Surrender) 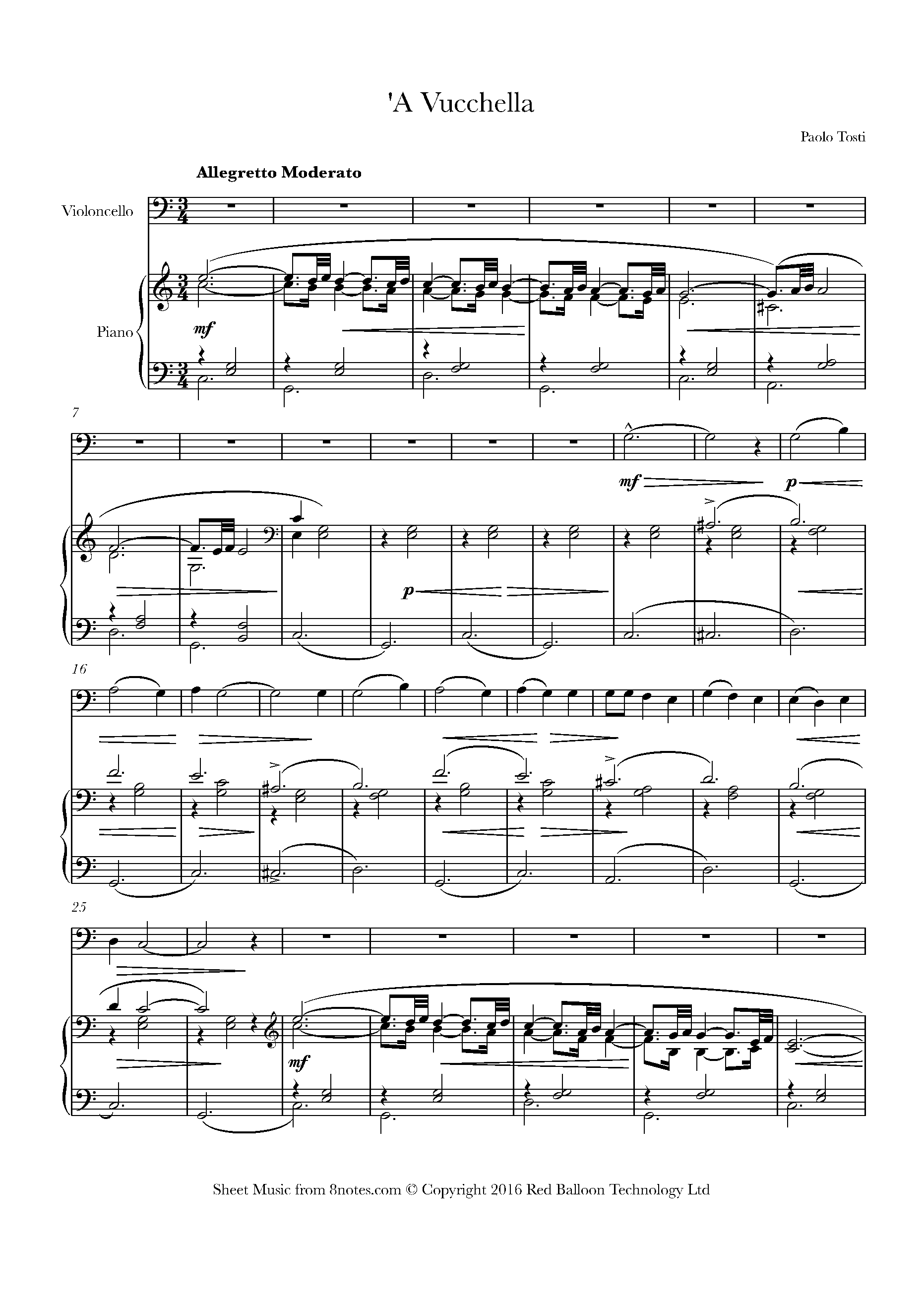 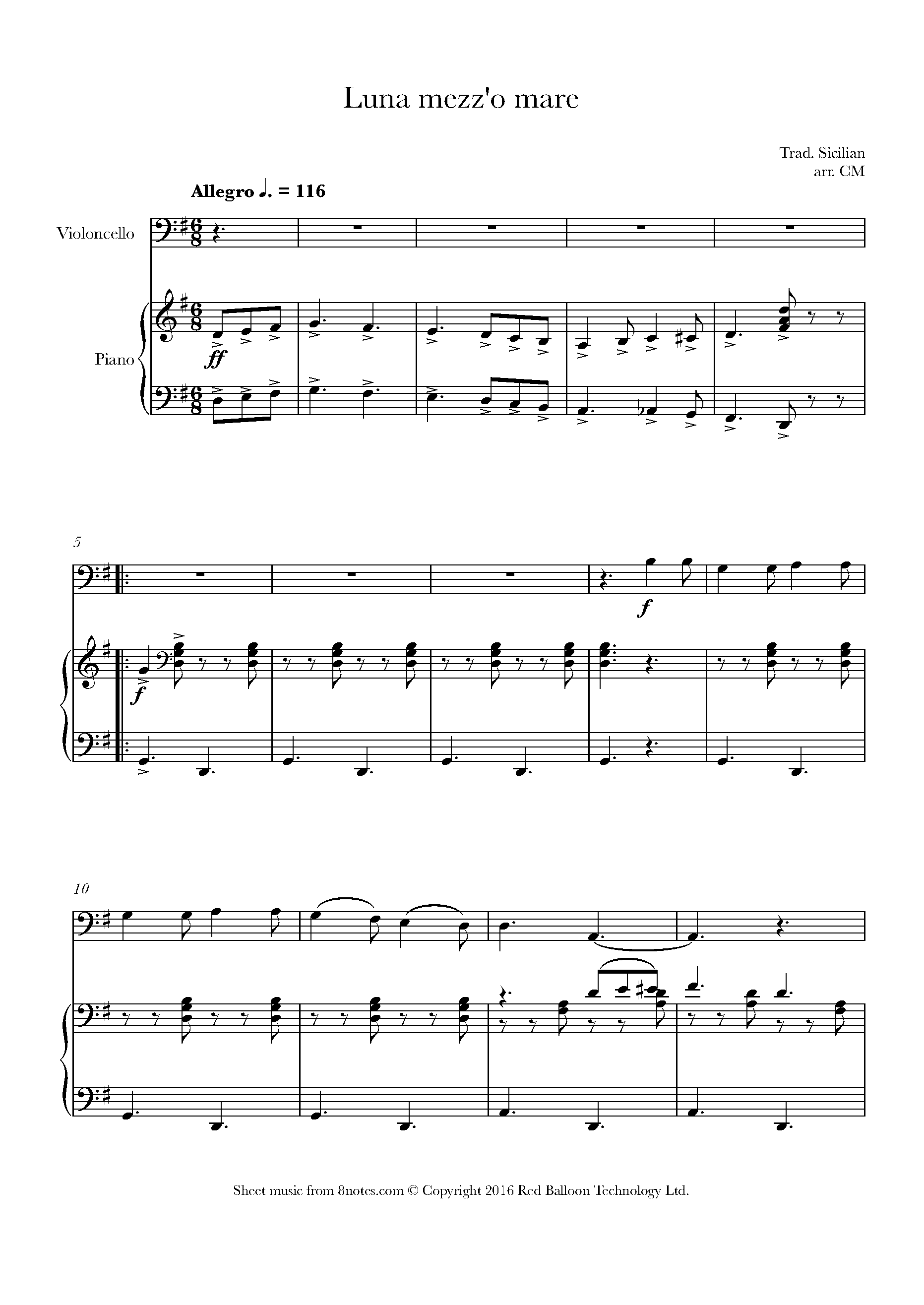 Teodoro Cottrau's "Bella Bimba" has Italian lyrics but the original score is subtitled "Neapolitan Song." Though not completely authentic, therefore, it is certainly influenced by the Neapolitan style. The song was published around 1872 in Naples and included in the compilation "Eco del Vesuvio" ("Echo of Vesuvius"). 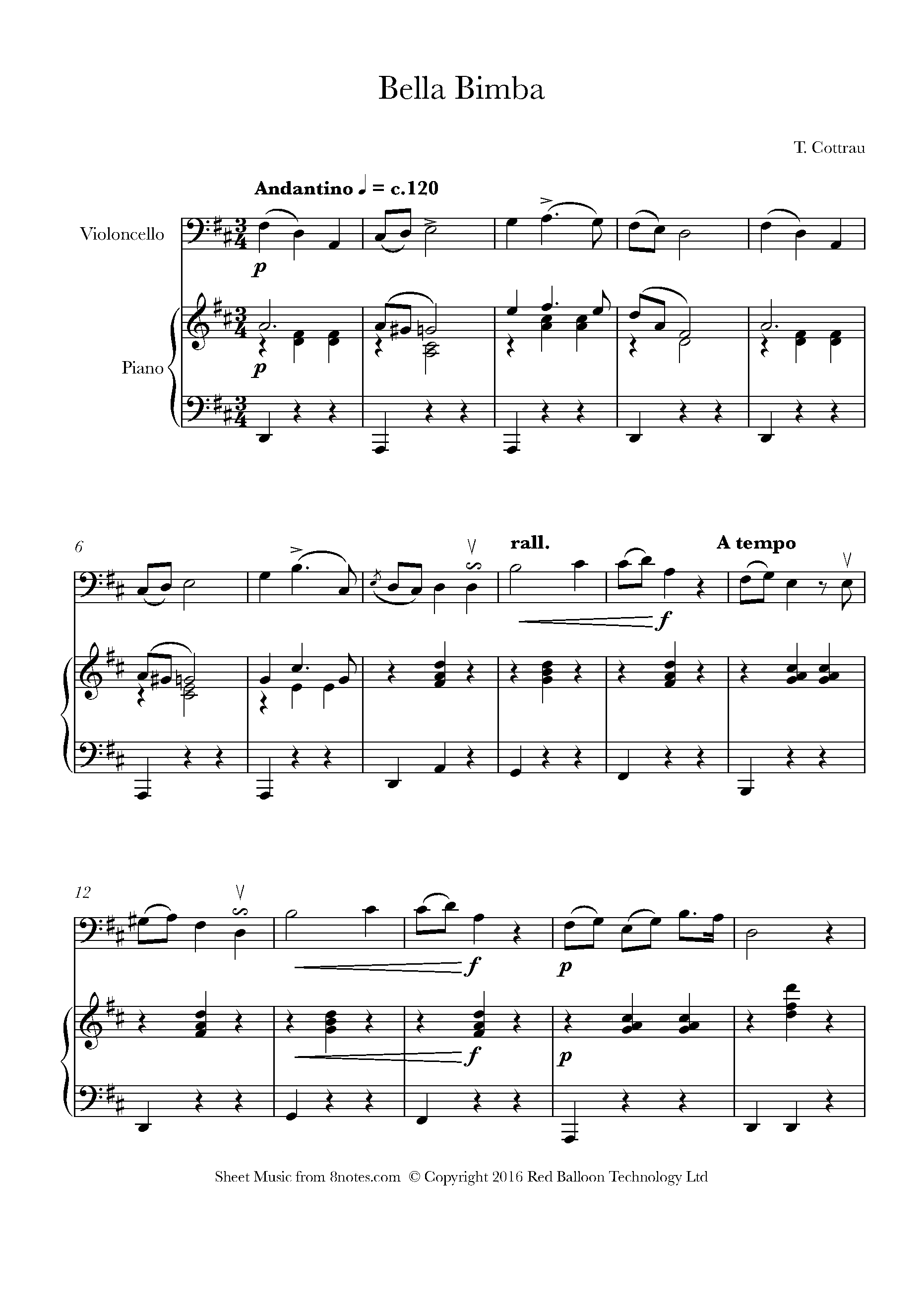 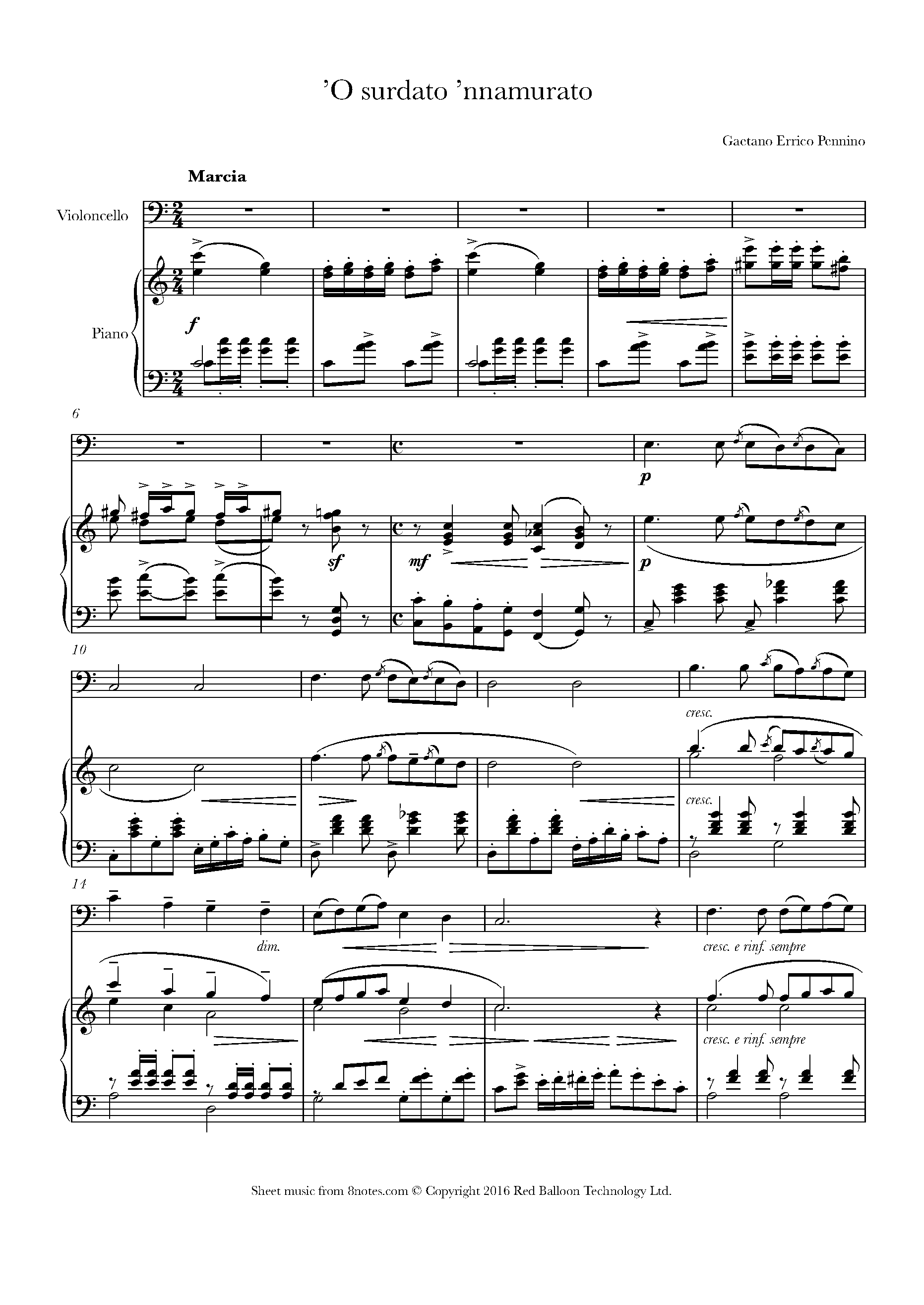 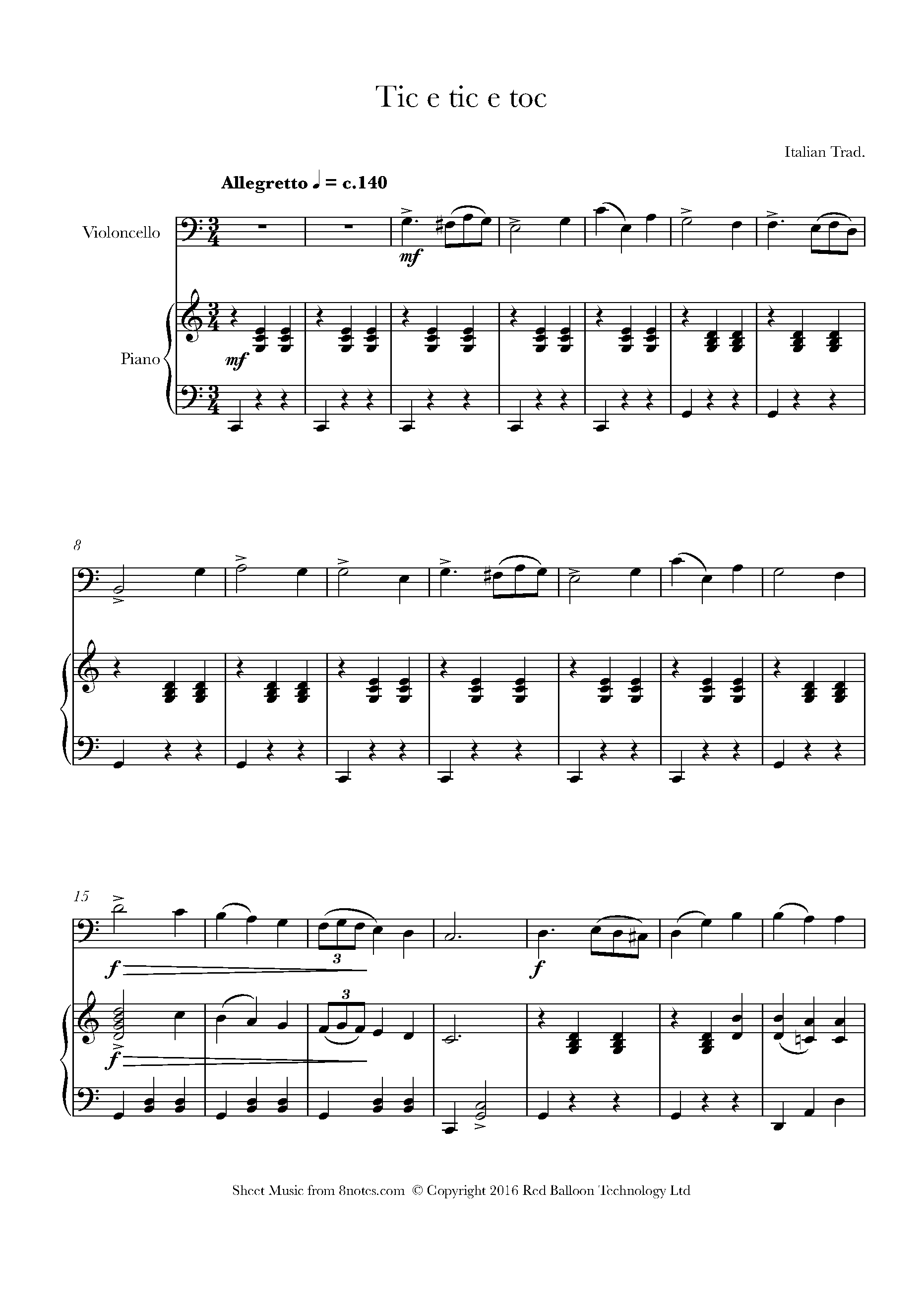 Though "Tiritomba" is credited to Guglielmo Cottrau, he did not, in fact, compose the melody—it is a transcription of a traditional song of unknown authorship. The meaning of the title is not known, but the lyrics tell of a man travelling to the seaside to find a fiancée. He falls in love with a girl only to discover that her father disapproves, causing him to run away whilst dodging his blows. 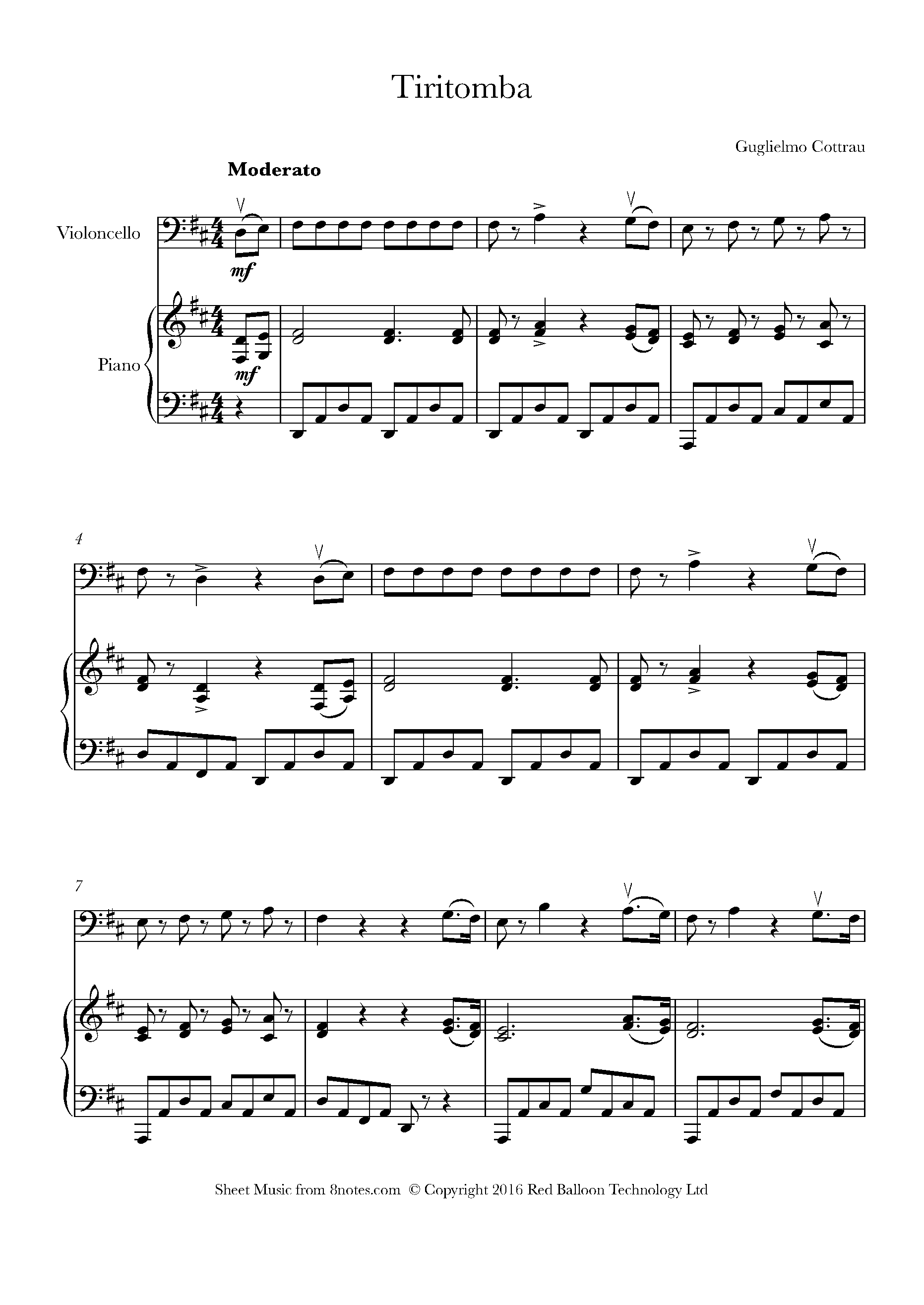 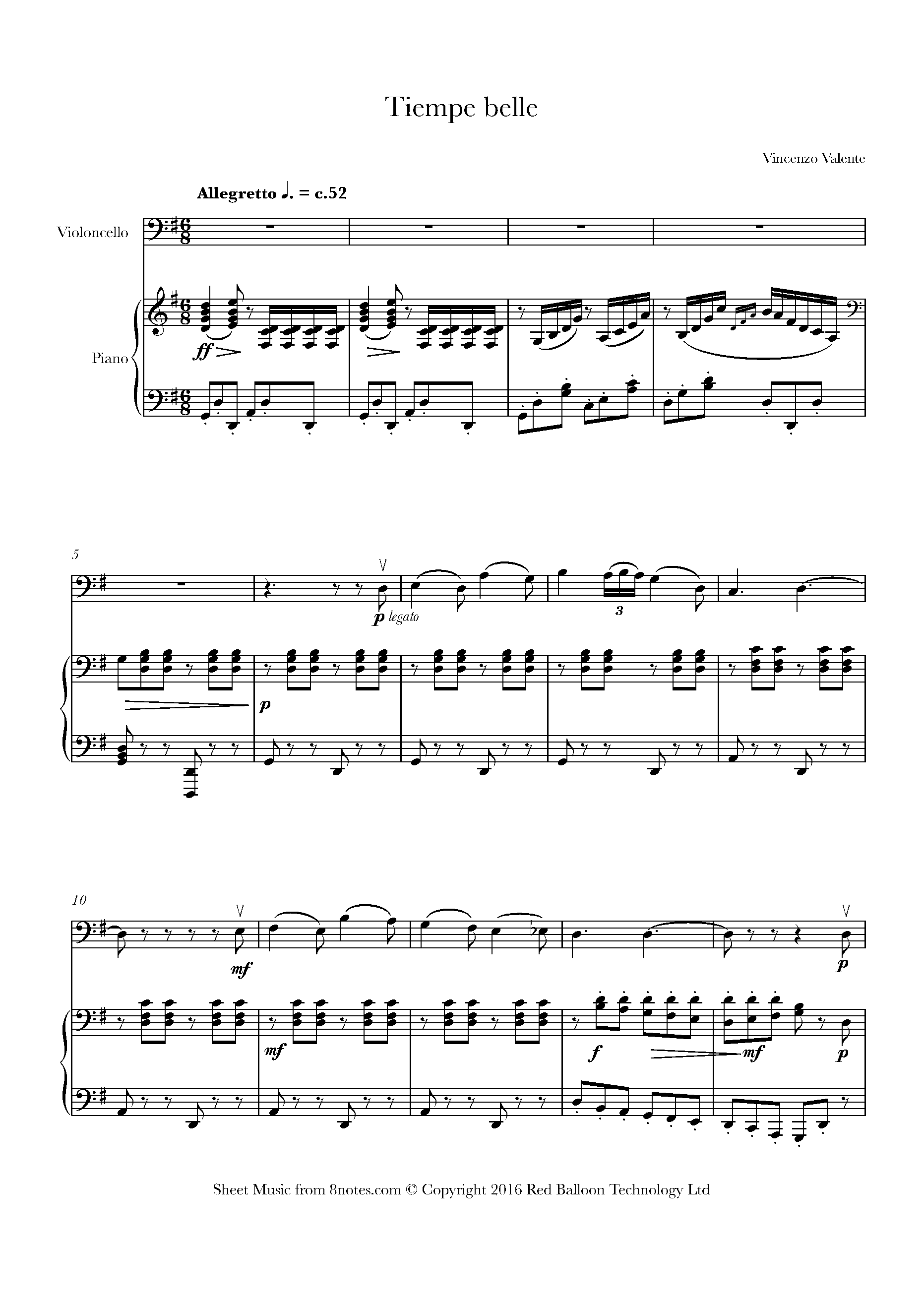 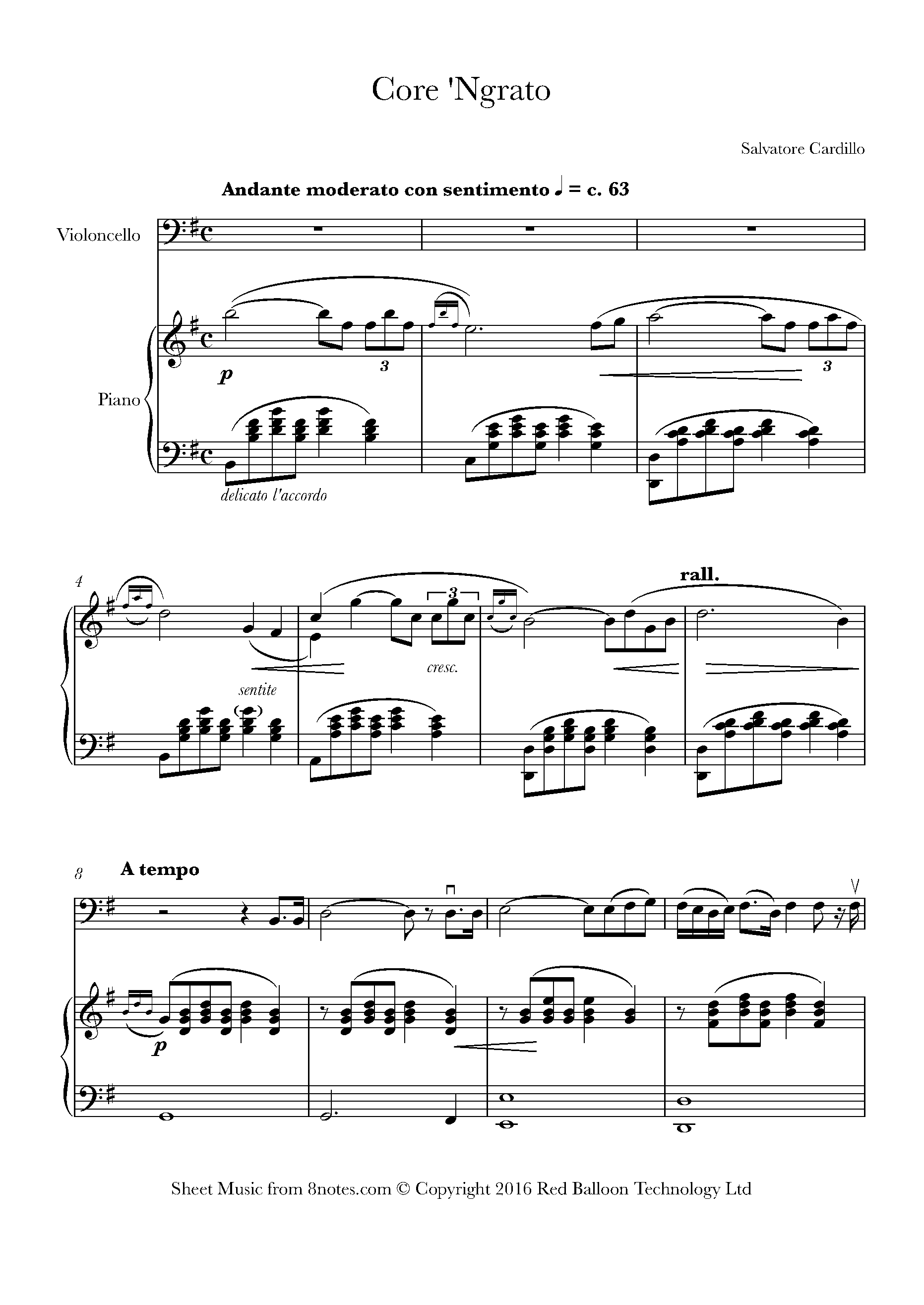