A collection of Marching pieces, by JP Sousa and others in special arrangements for solo piano. Easy to Advanced Level 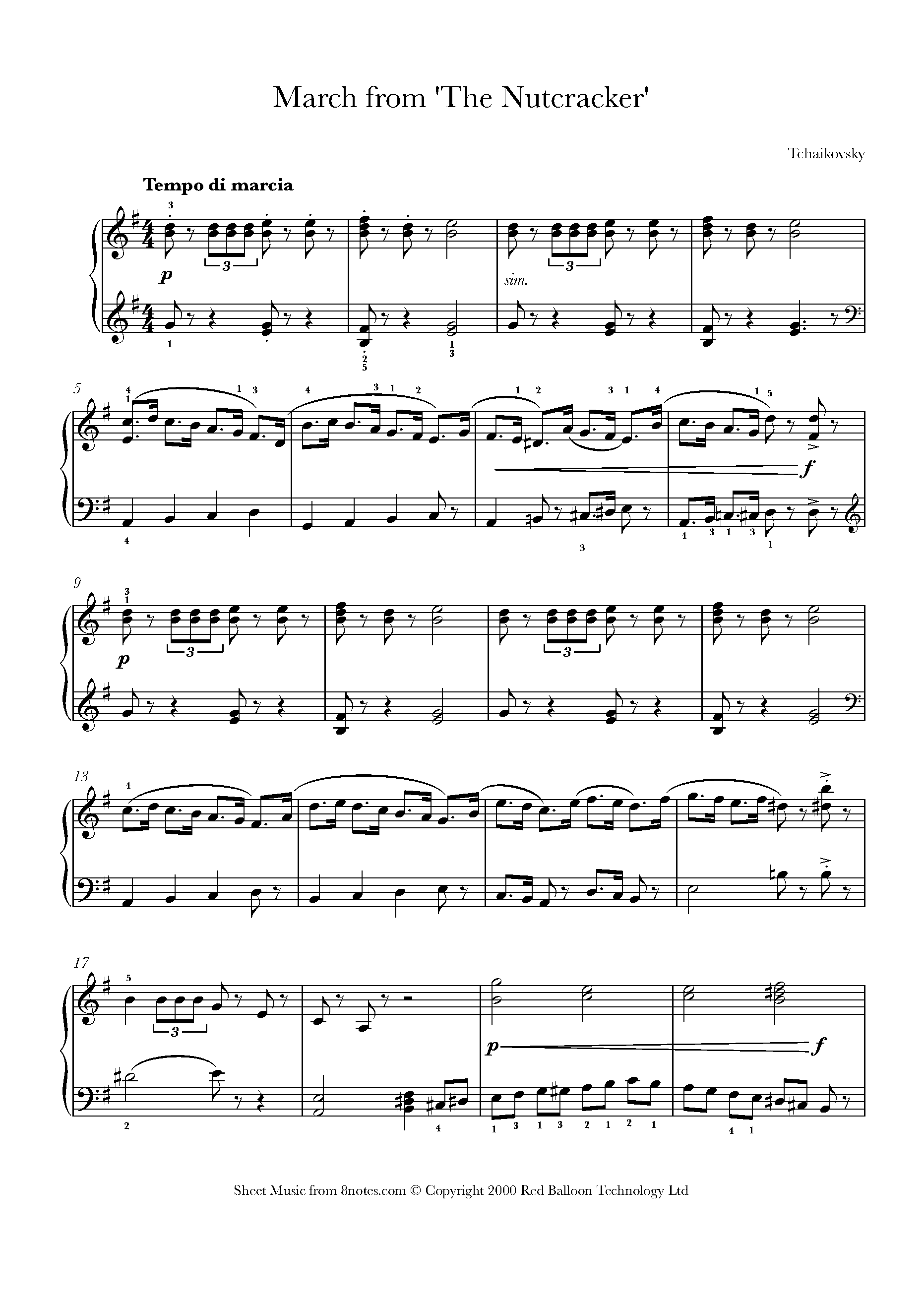 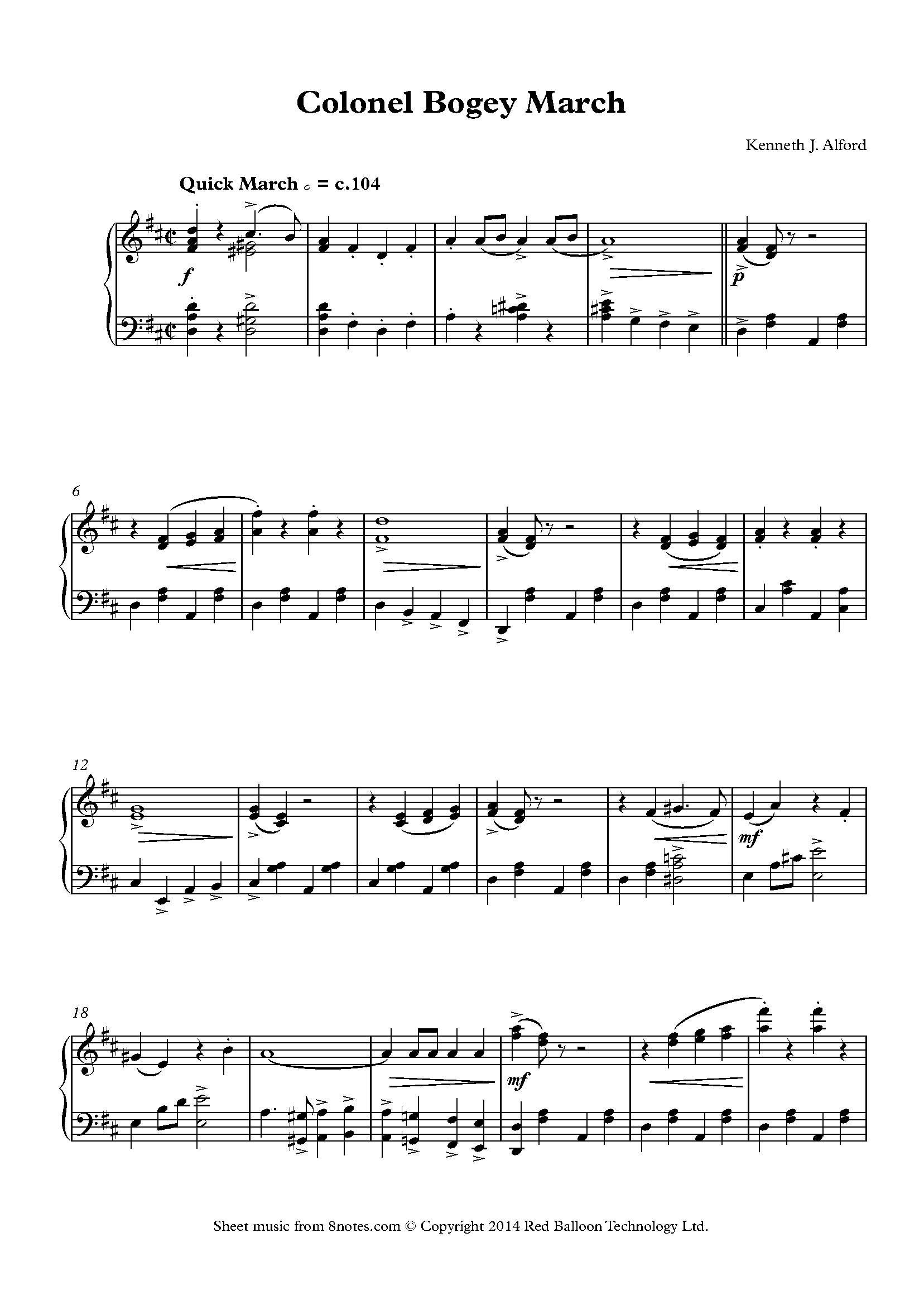 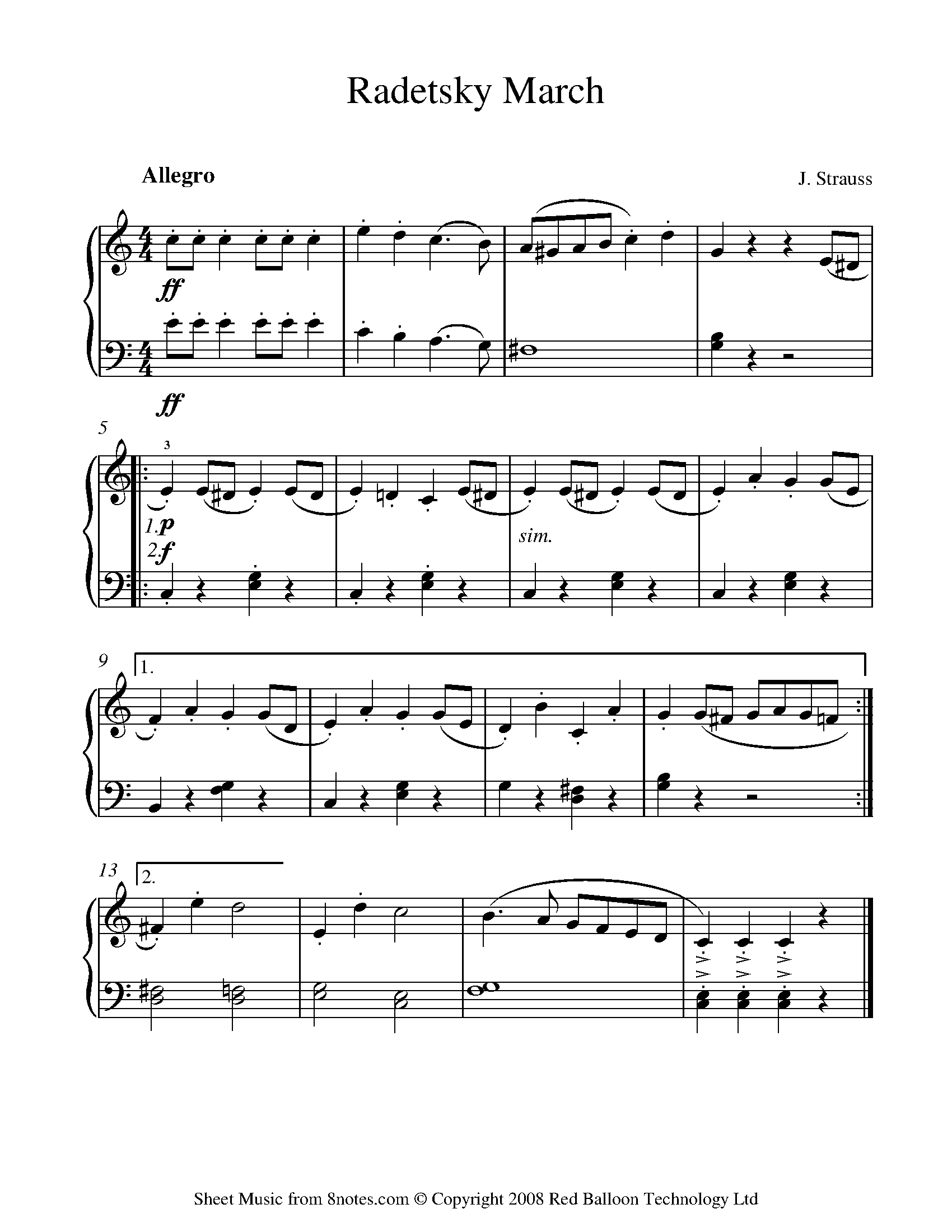 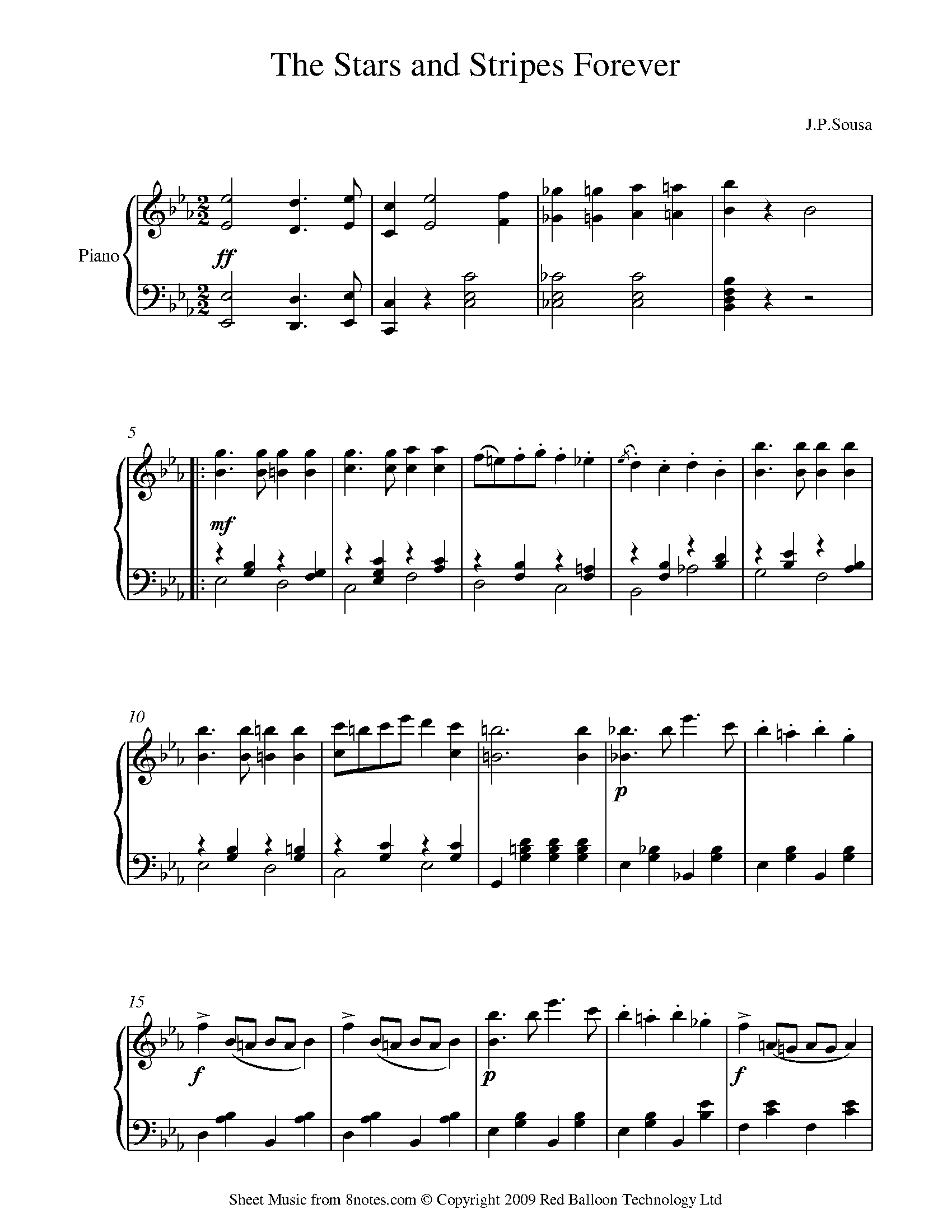 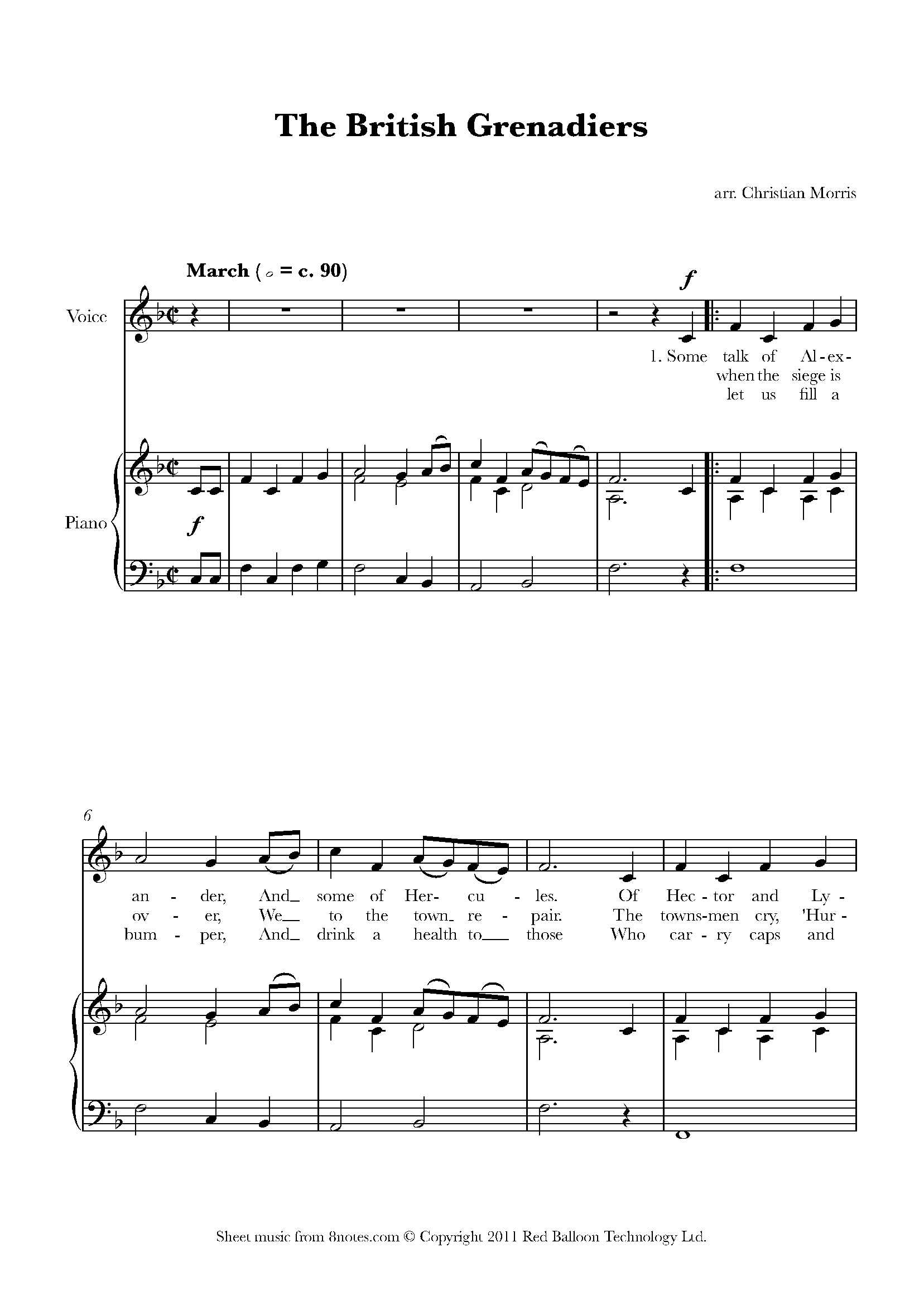 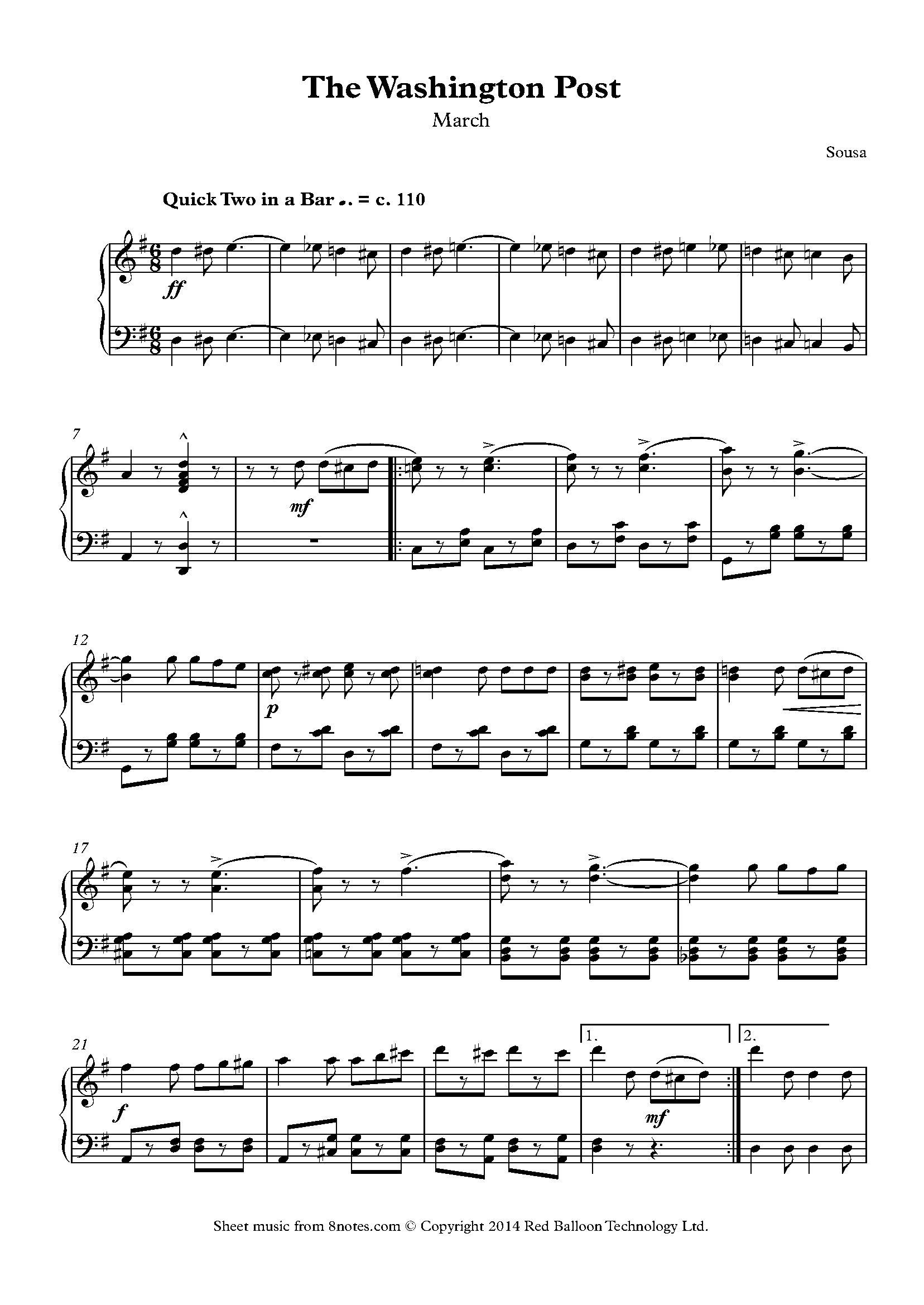 7.   Schumann  -  Soldiers March from Album for the Young 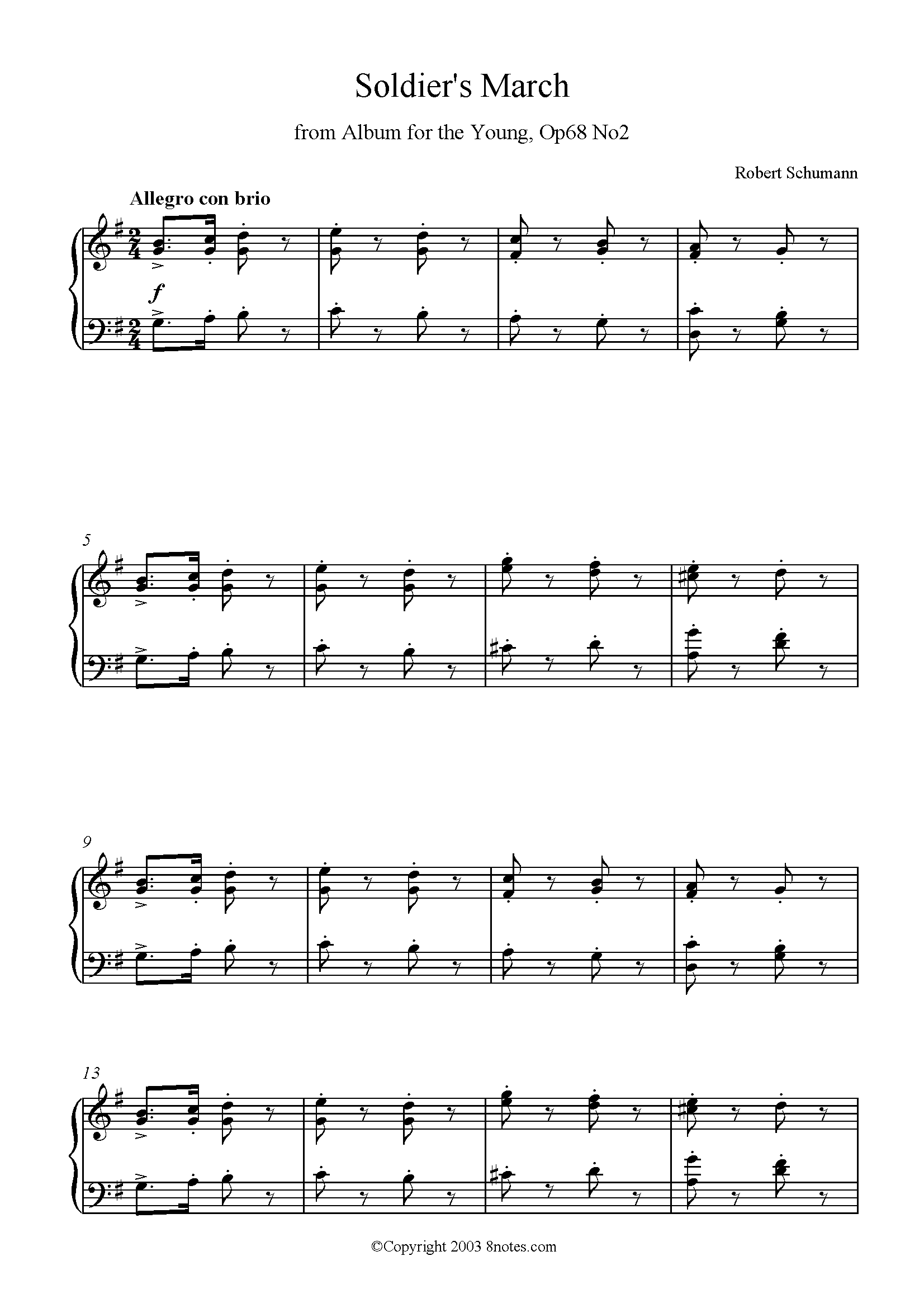 Soldiers March from Album for the Young

Tchaikovsky's Album for the Young, just as in Schumann's collection of the same name, evokes the world of childhood in a series of short pieces. March of the Wooden soldiers depicts the sturdy, solid and perhaps pompous nature of the much-loved childhood toy. 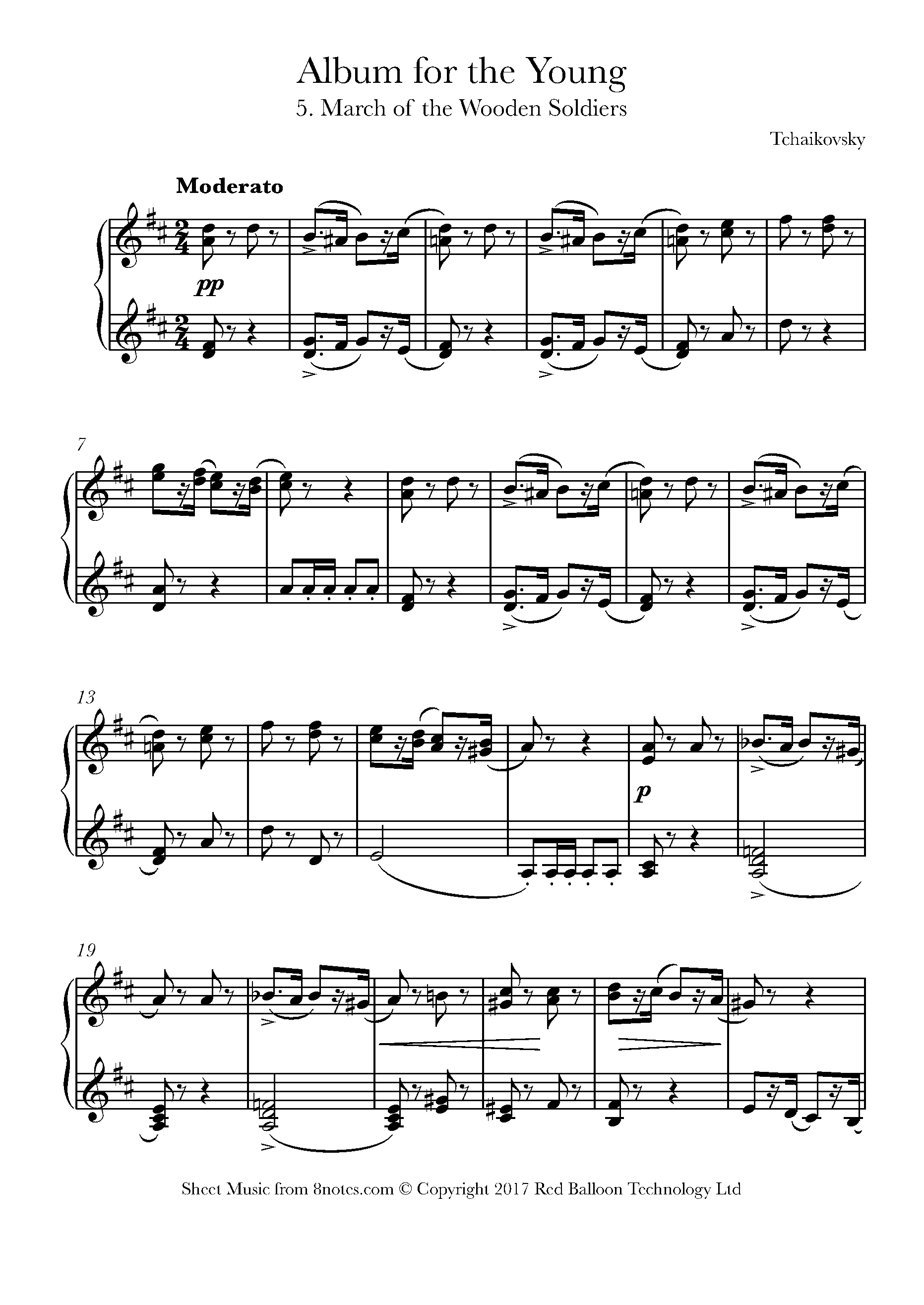 Album for the Young Op.39 No.5 March of the Wooden Soldiers 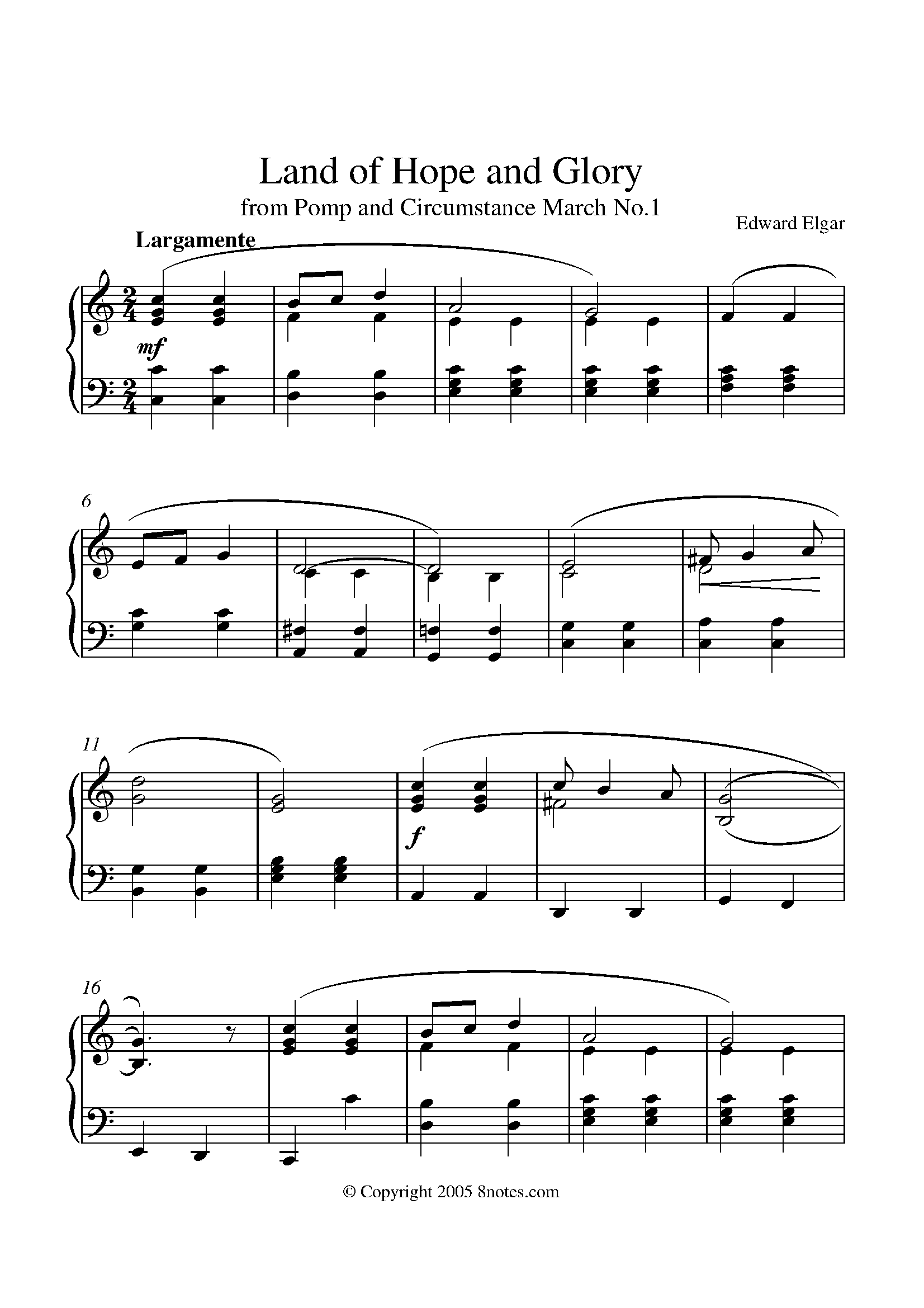 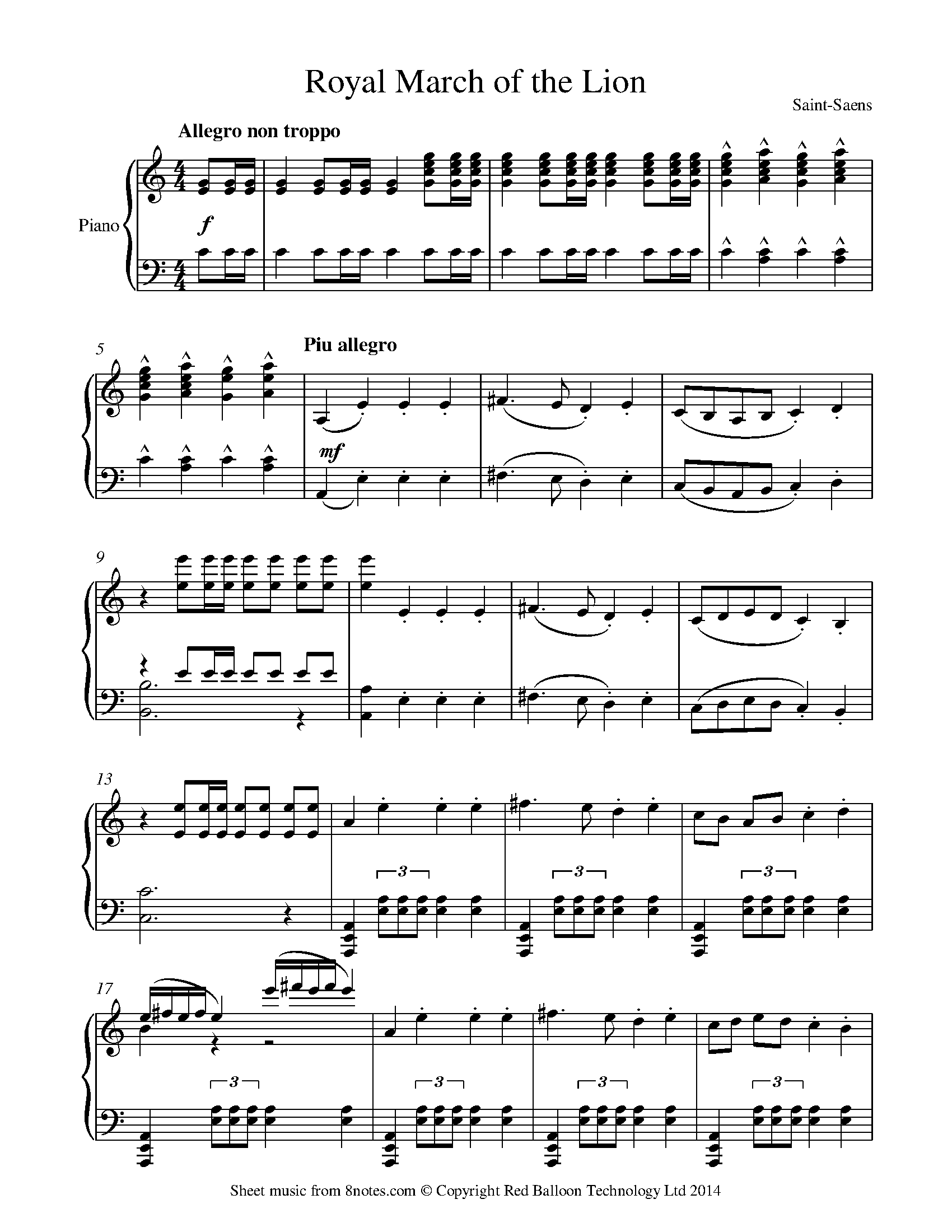 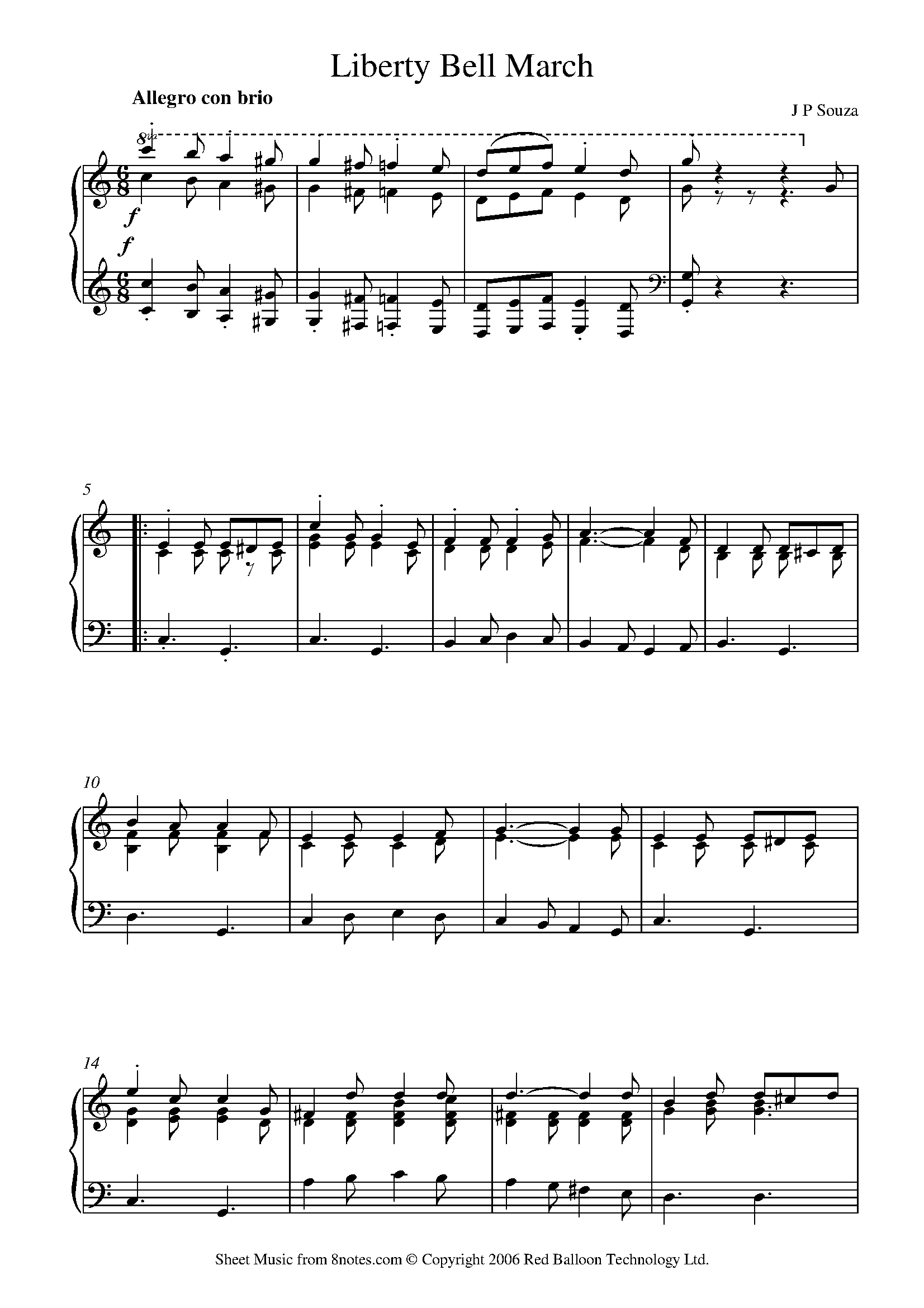