A collection of romantic pieces for Cello with piano accompaniment. Easy to Advanced Level

Fritz Kreisler's famous "Liebesleid", published in 1905, is taken from "Alt-Wiener Tanzweisen," a collection of three pieces for violin and piano. The three pieces take love as their themeóthe other titles in the collection being "Liebesfreud" (Love's Joy) and "SchŲn Rosmarin" (Lovely Rosemar). The title , which translates as "Old Viennese dance tunes" indicates the musical roots of the works, the spirit of Johann Strauss being never far away. 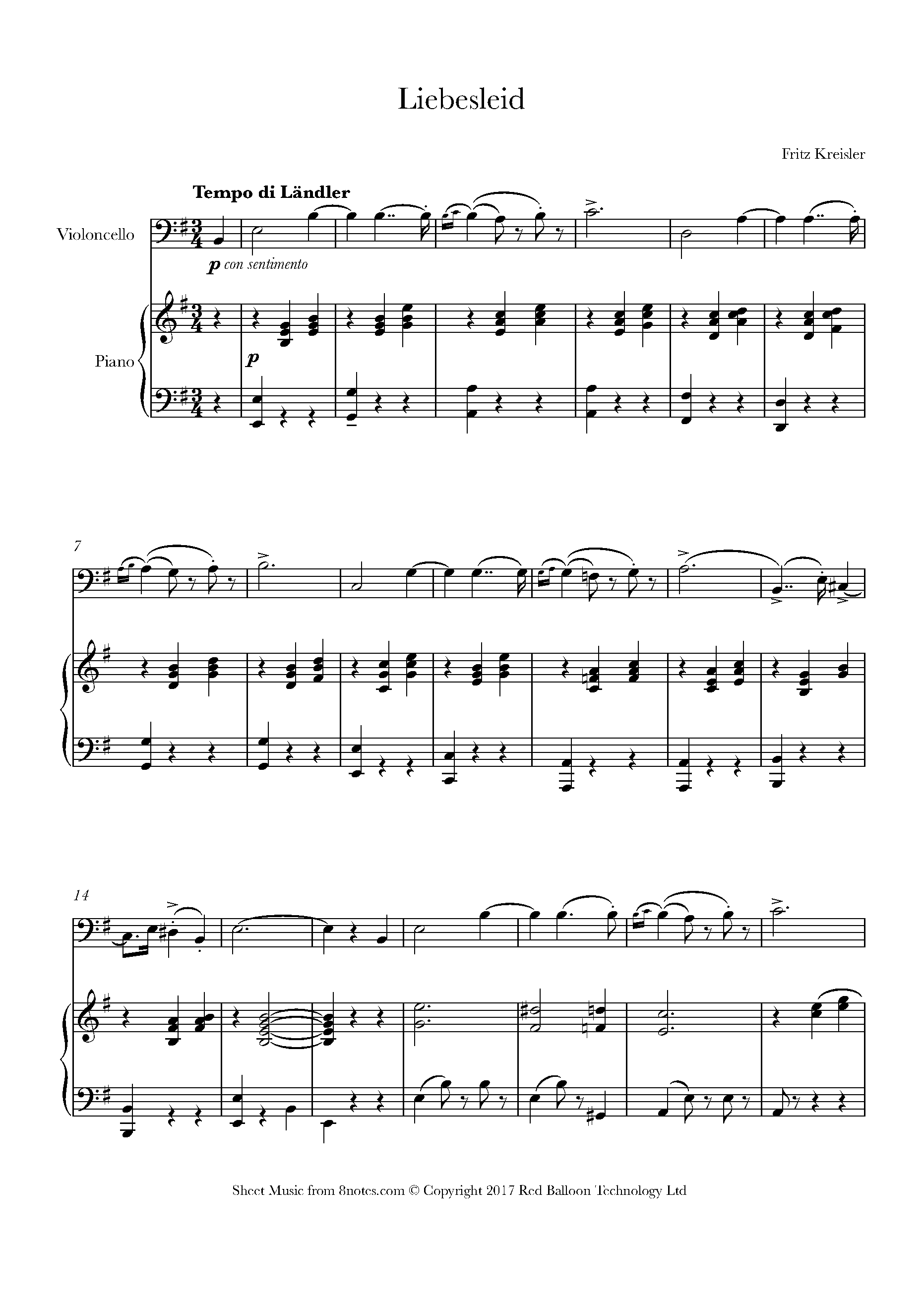 "Rusalka" is an opera by AntonŪn DvořŠk premiered in 1901. The Czech libretto was written by the poet Jaroslav Kvapil based on the fairy tales of Karel JaromŪr Erben and Boěena. It tells the story of a the the water nymph Rusalka, who after falling in love with a human Prince wants to become human in order to live with him. Rusalka is one of the most successful Czech operas, and represents a cornerstone of the repertoire of Czech opera houses. This popular excerpt from Rusalka is the "Song to the Moon" from Act 1, which is often performed in concert and recorded separately. It has also been arranged for violin and used on film sound tracks. 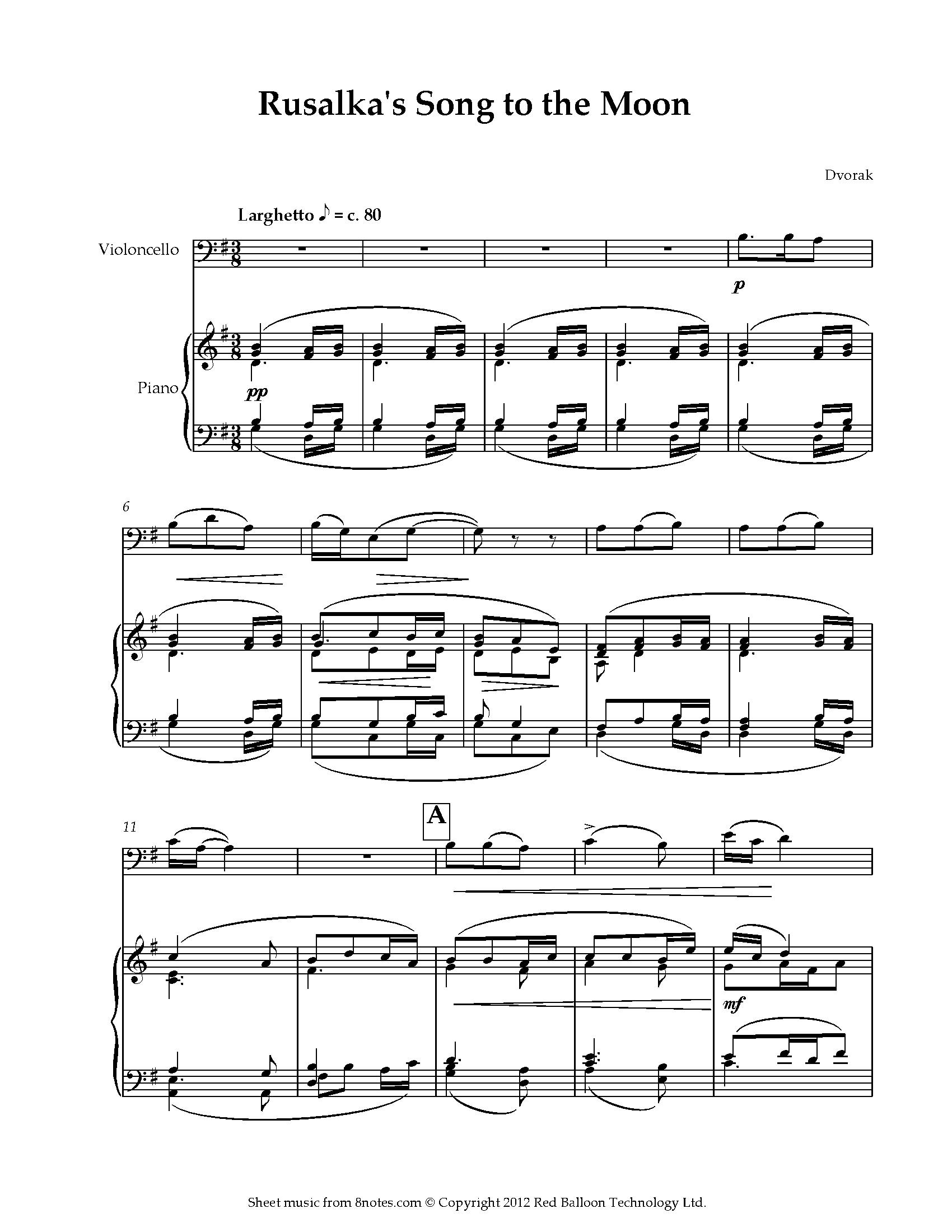 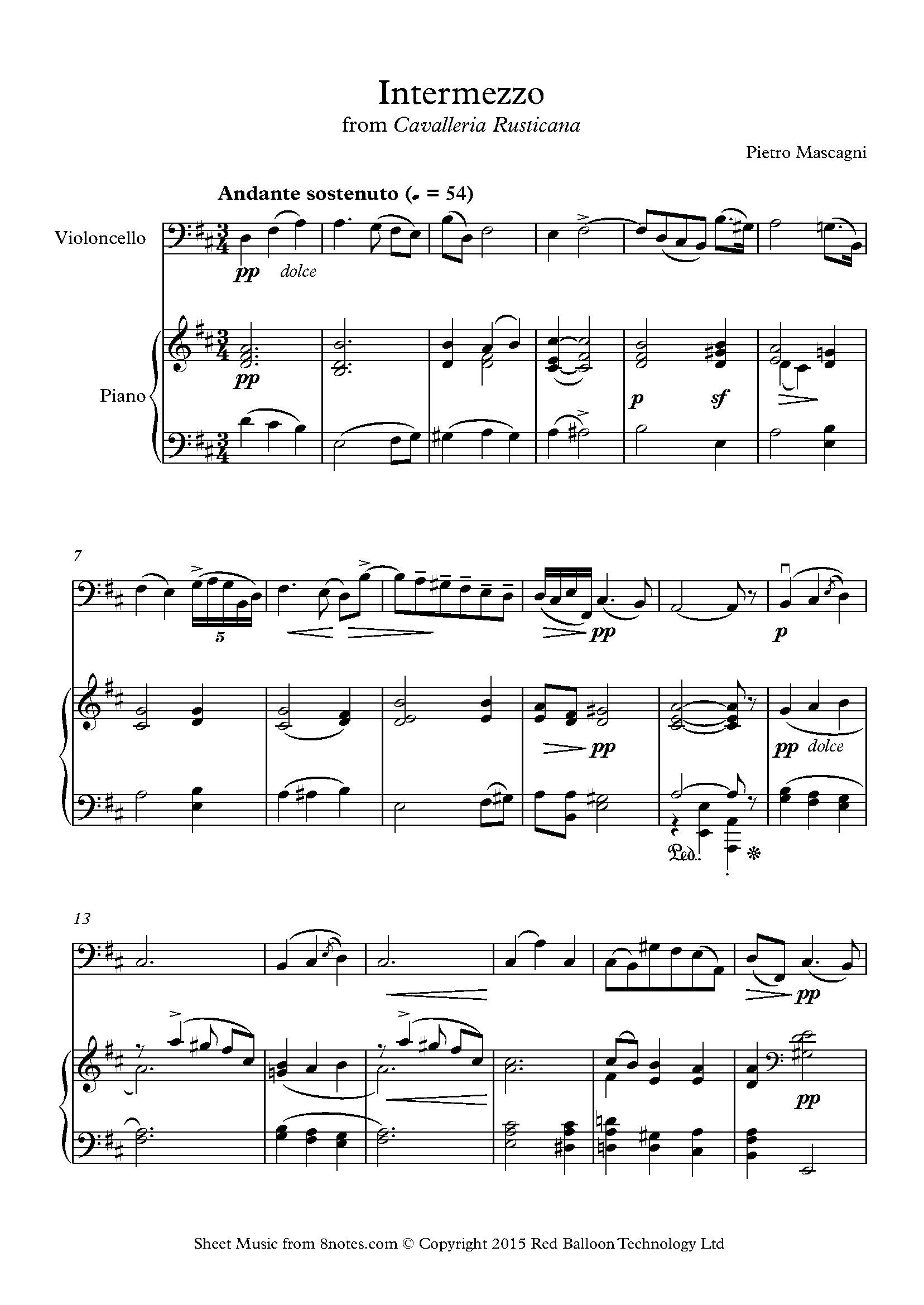 Tchaikovsky's ballet "Swan Lake" (original version 1875Ė77) is the love story of Prince Siegfried, who on a hunting trip encounters a flock of swans, falls in love with the Swan Queen, Odette, and swears his allegiance and undying love to her. The iconic 'Flight of the Swans' melody that begins the final scene to Tchaikovsky's ballet 'Swan Lake' is a fatalistic presence throughout the work. This movement begins with the same plaintive quality heard elsewhere, this time however building towards a more triumphant close. 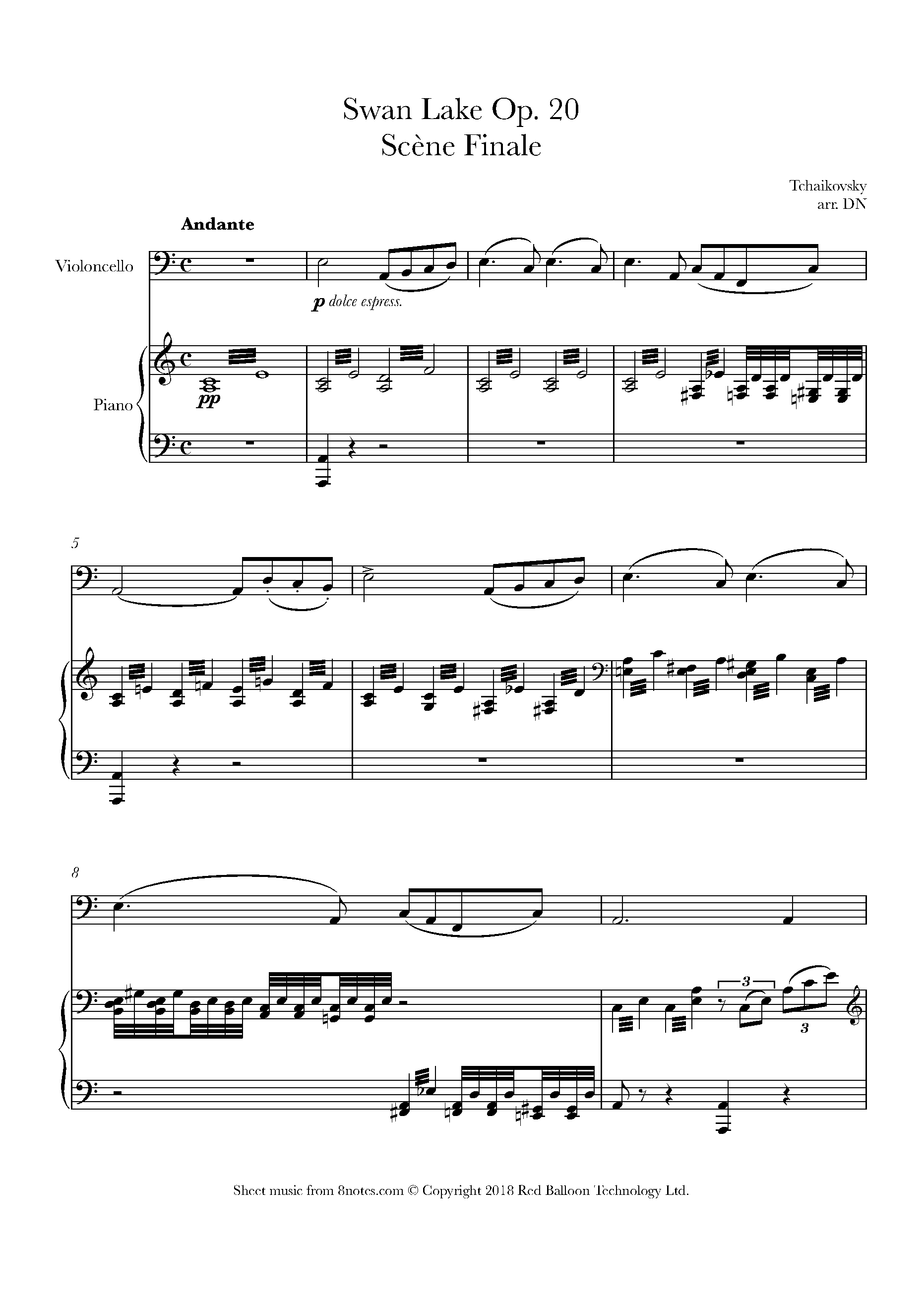 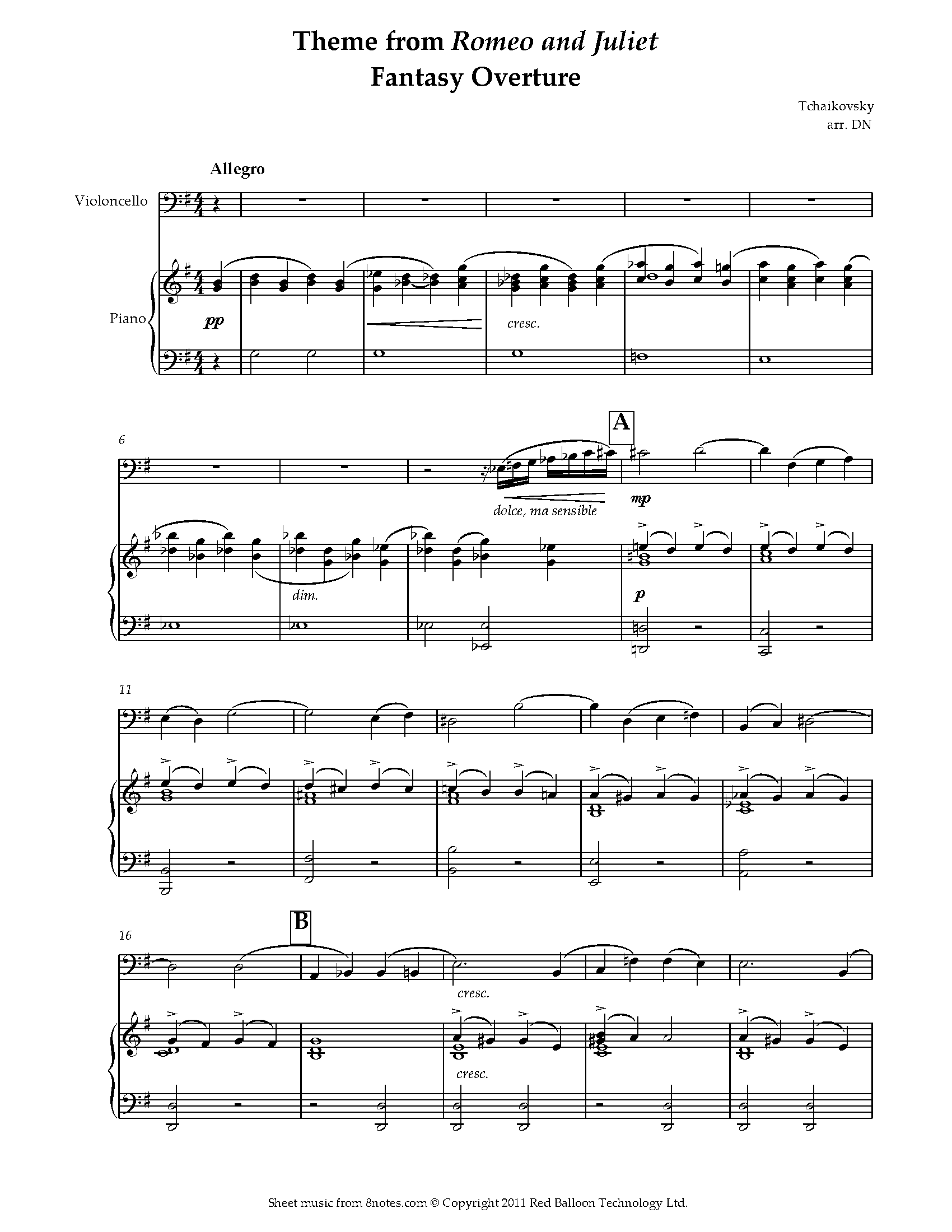 Liebestršume ("Dreams of Love") is a set of three solo piano works (S.541/R.211) by Franz Liszt, published in 1850. The most perennially popular of these is the third in Ab, which is inspired by a poem by Ferdinand Freiligrath "O liebí, so lang du lieben kannst!" ("O love, as long as you can love!"). The piece has been used frequently in popular culture and was the inspiration for Elvis Presley's song, "Today, Tomorrow and Forever." 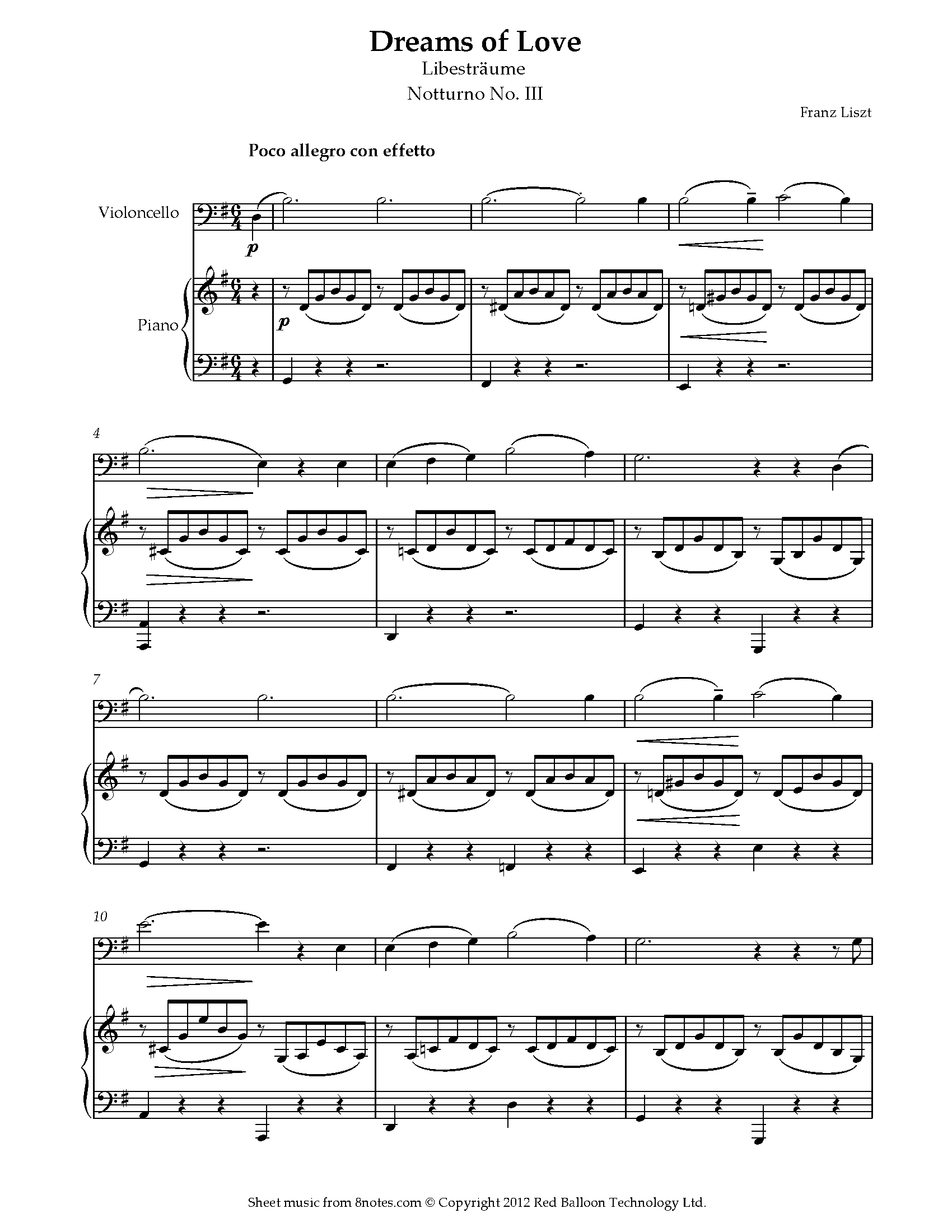 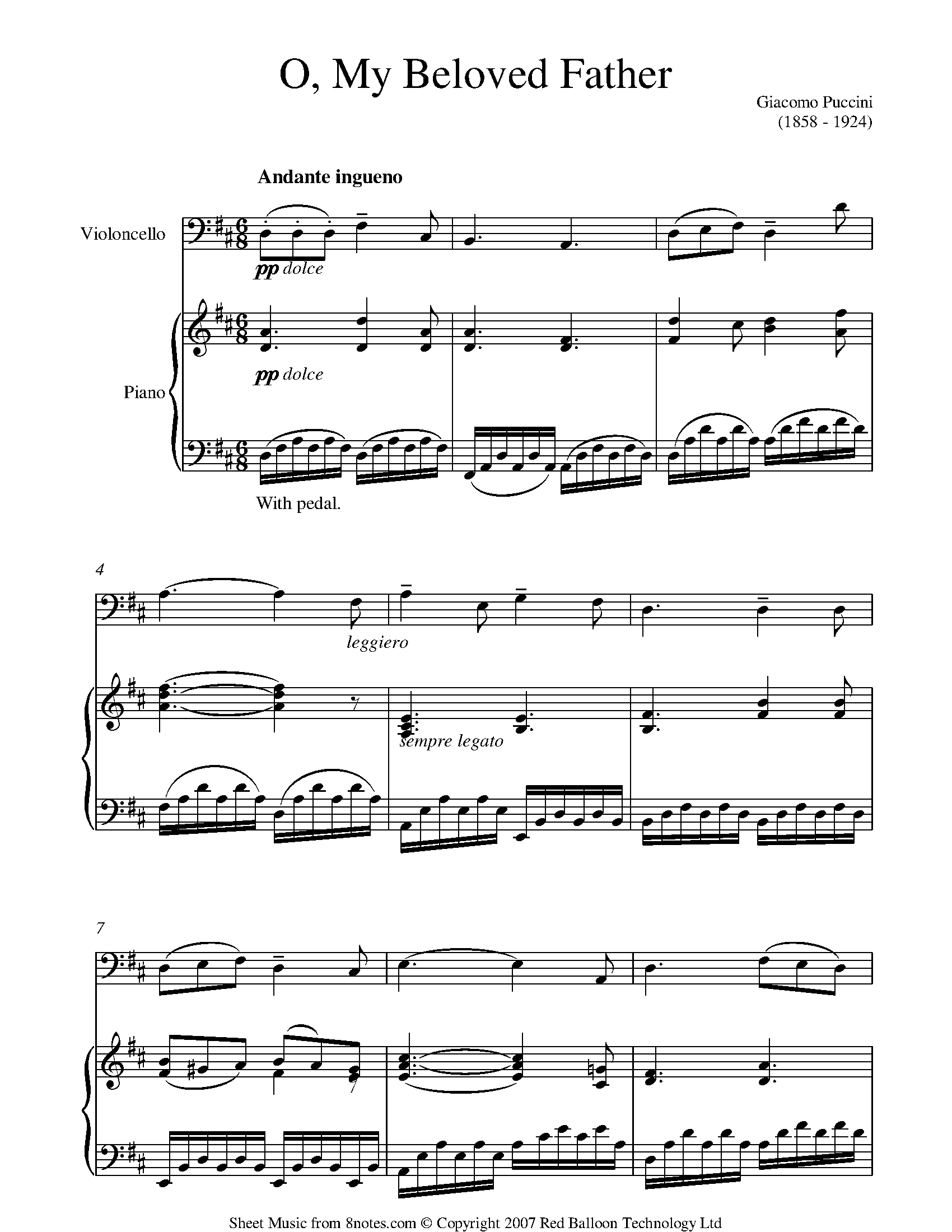 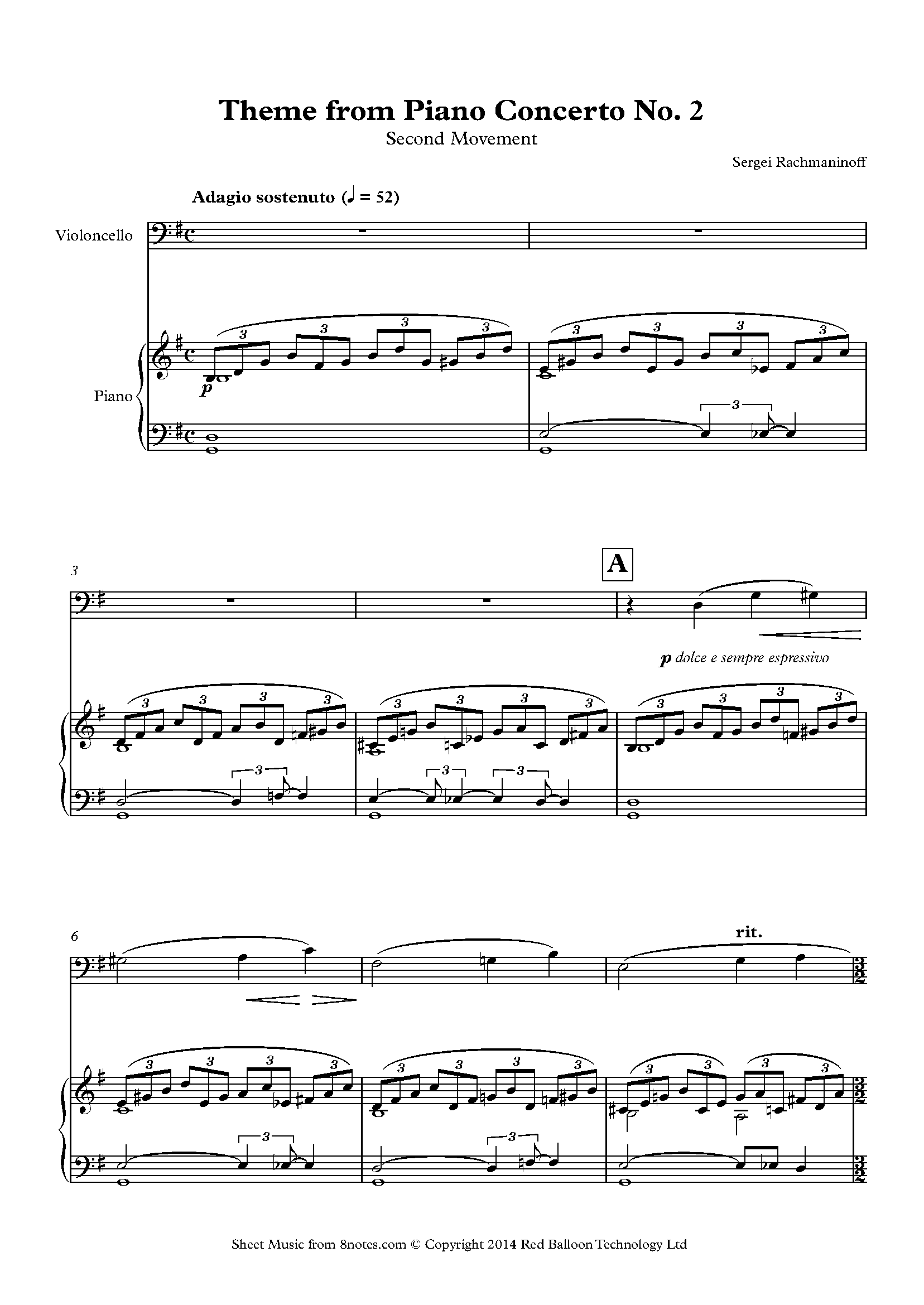 "Salut d'Amour" or "LiebesgruŖ" ("Love's Greeting"), Op. 12 by Edward Elgar was written in 1888 for violin and piano. Elgar finished the piece in July of that year, when he was romantically involved with Caroline Alice Roberts. He called it "LiebesgruŖ" because of Roberts' fluency in German. On their engagement she had already presented him with a poem "The Wind at Dawn" which he set to music and, when he returned home to London on 22 September from a holiday at the house of his friend Dr. Charles Buck in Settle, he gave her Salut d'Amour as an engagement present. 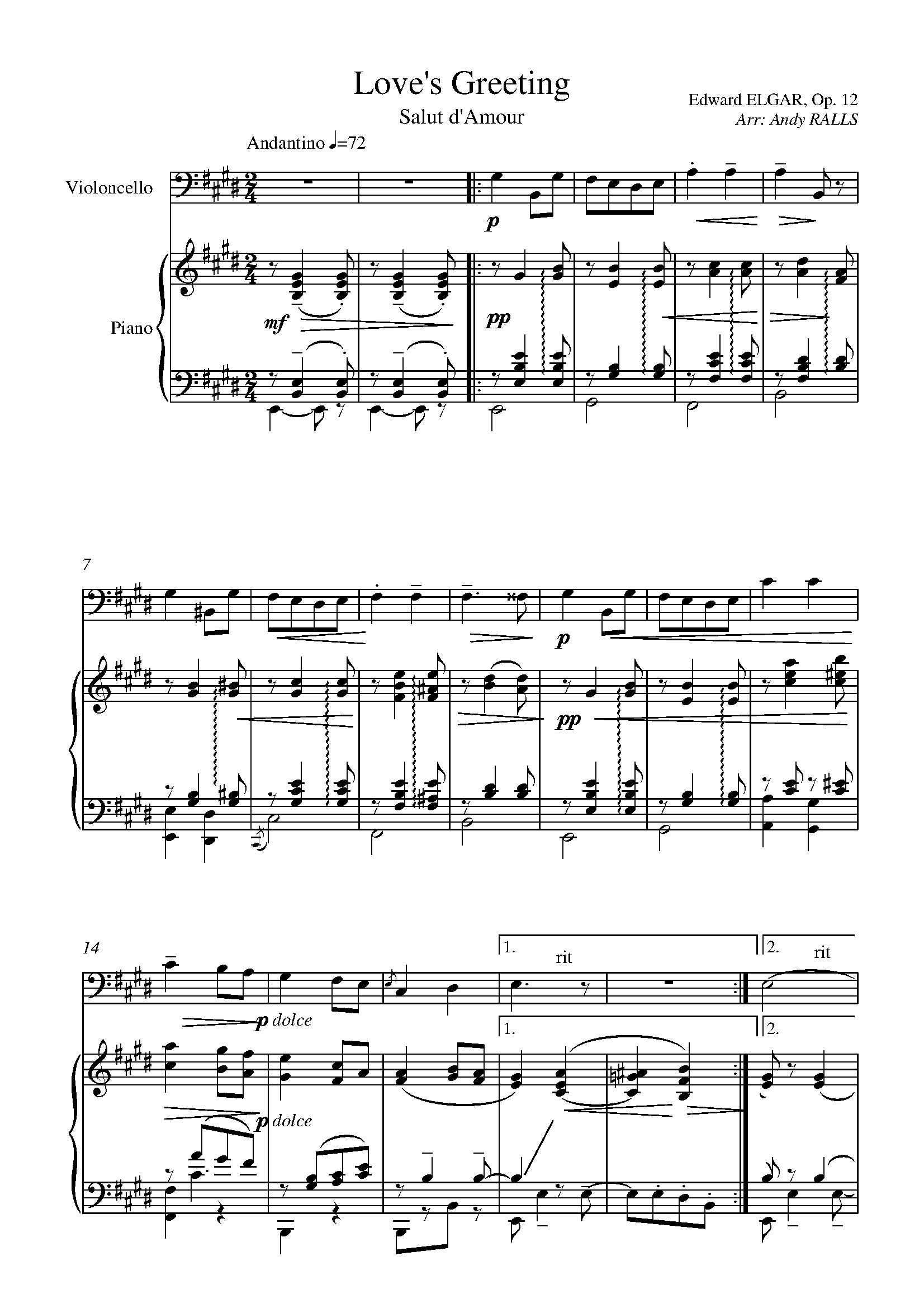 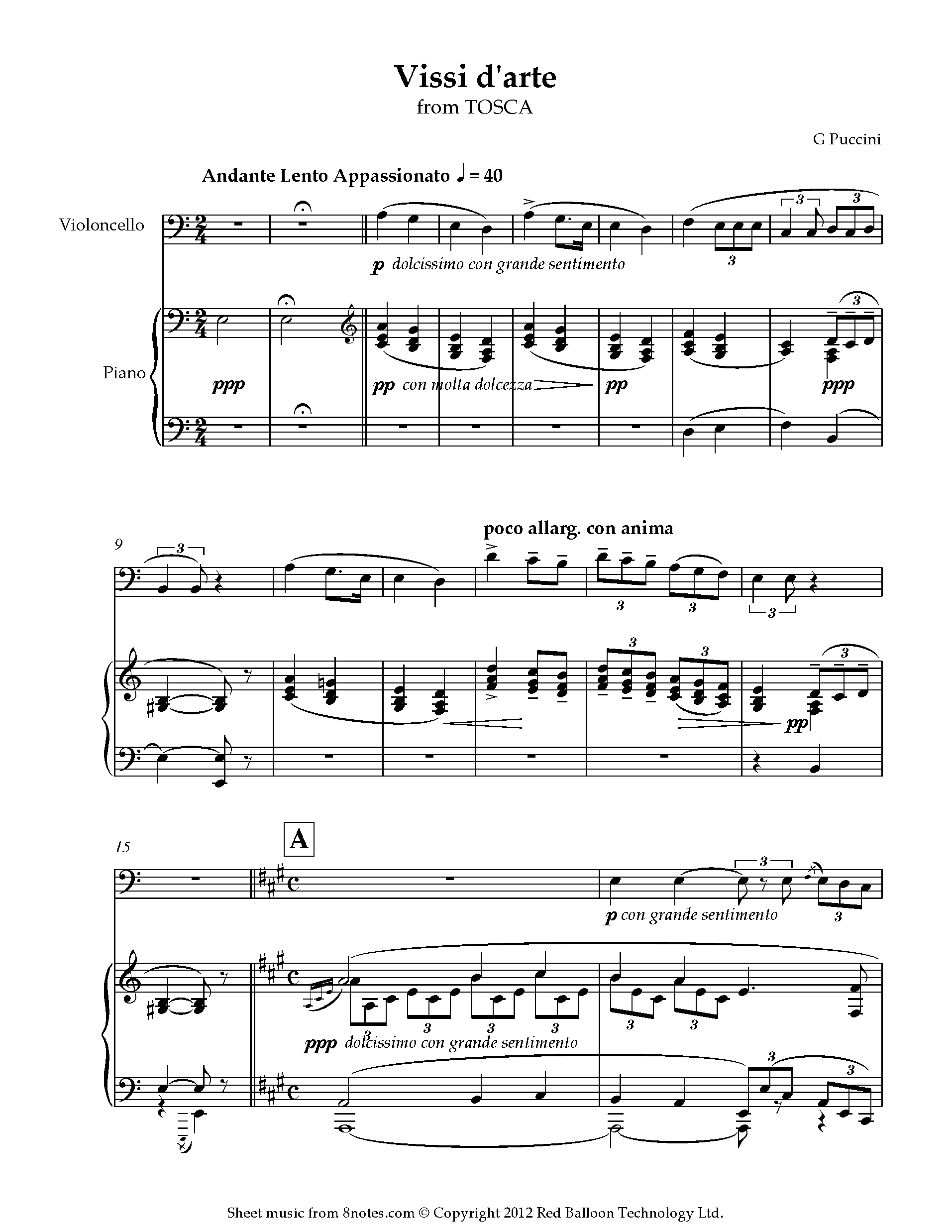 "Che gelida manina" ("What a frozen little hand") is a tenor aria from the first act of Giacomo Puccini's opera, La bohŤme. The aria is sung by Rodolfo to Mimž when they first meet. In the aria he tells her of his life as a poet, and ends by asking her to tell him more about her life. It is one of the most recorded arias by tenors. 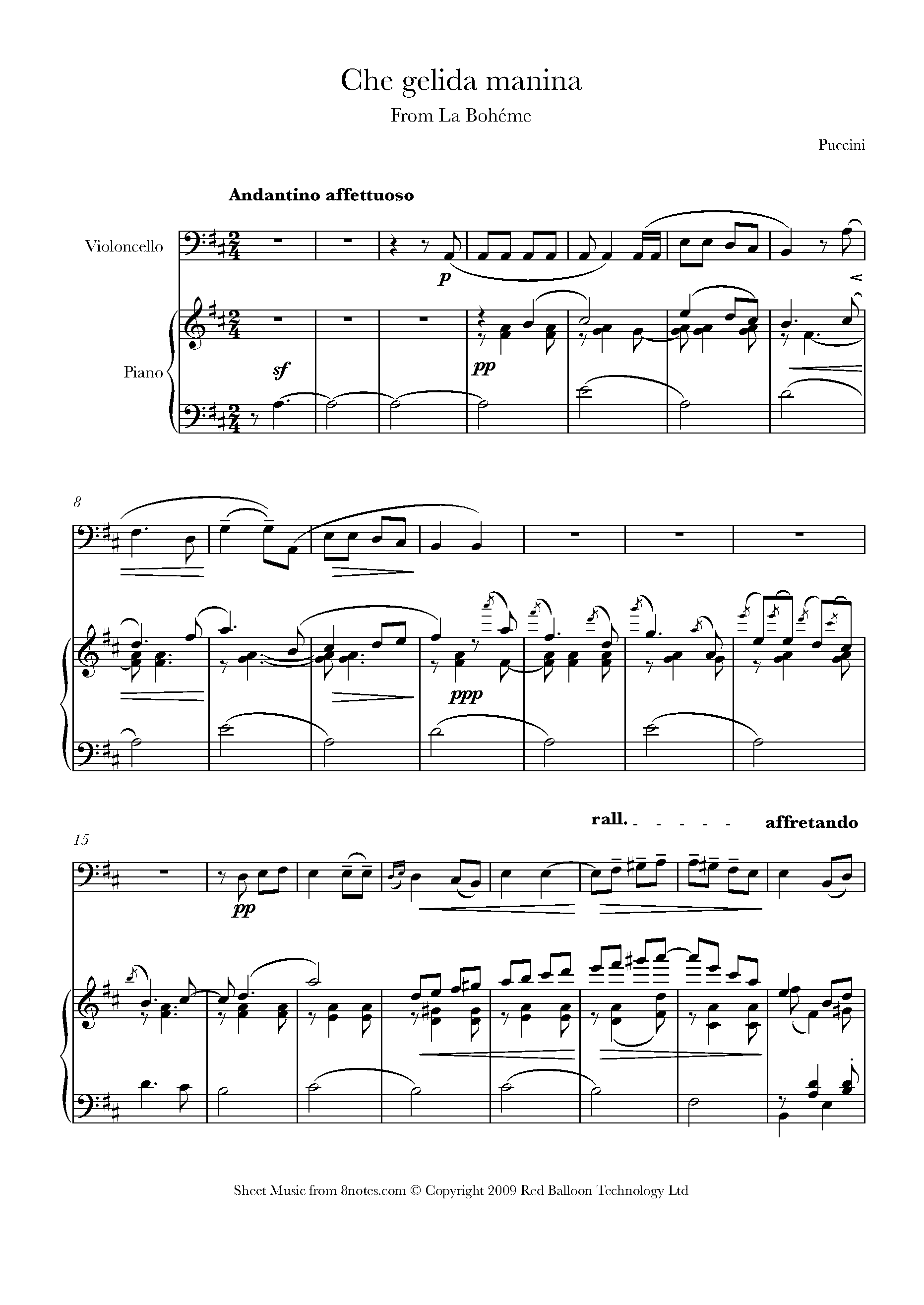 Bizet's opera "Carmen," written in 1874, tells the story of Don Josť, who is lured away from the peasant girl MicaŽla and his duties as a soldier by the gypsy girl Carmen. "La fleur que tu m'avais jetťe" ("The flower you threw to me") is sung in Act 2 by Josť in an attempt to convince Carmen of his love for her. The breaking of social conventions depicted in Carmen shocked audiences when it was first performed. Bizet died before the work achieved the international claim that it now enjoys, making it, in fact, one of the most frequently performed works in the entire operatic canon. 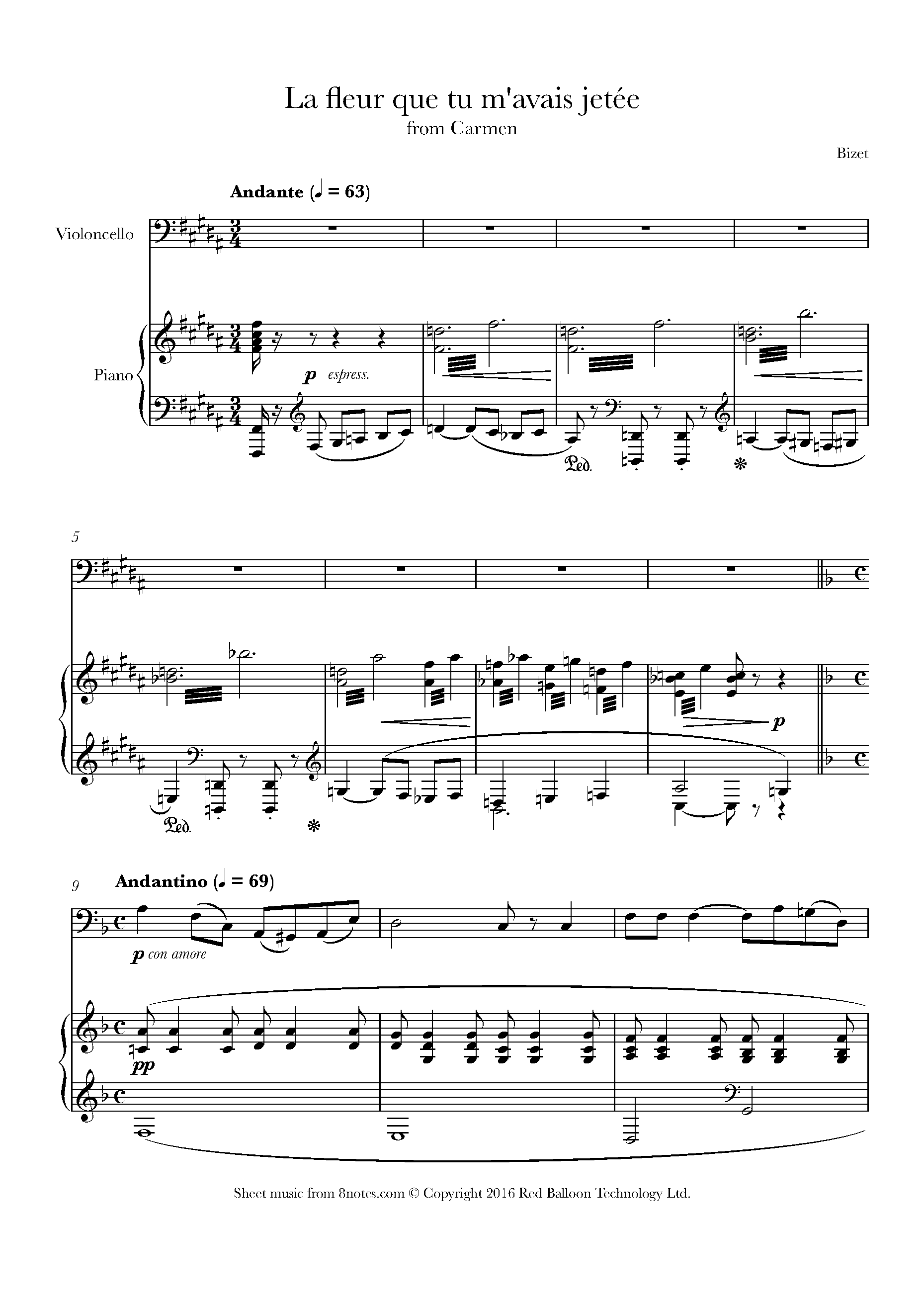