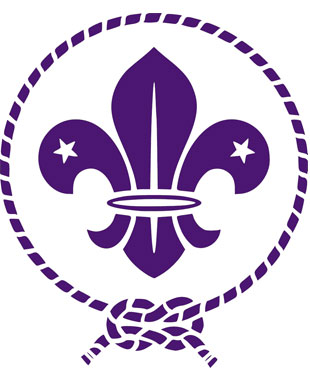 
A collection of traditional Scouting songs in special arrangements for French Horn and piano. Easy to Intermediate Level

The perennially popular "Old MacDonald Had a Farm" was probably written by the English composer Thomas d'Urfey for his 1706 opera "The Kingdom of the Birds," though it may have existed in the folk tradition before this time. The version we know today, about a farmer and the various animals he keeps, was standardised in the twentieth century. Often taught to very young children, its hilarity, engendered especially by the impersonation of animal noises, makes it great fun for all ages! 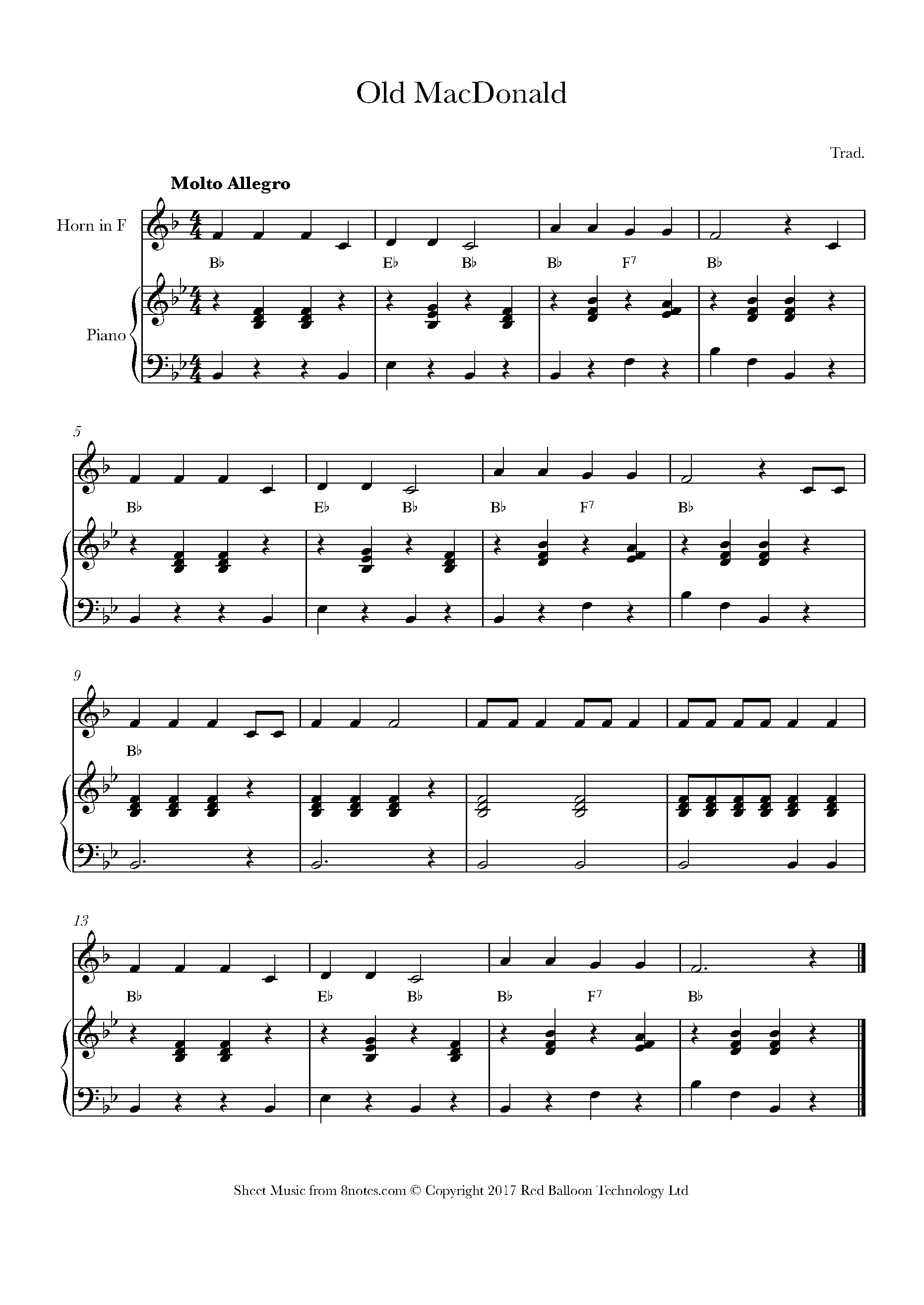 Old MacDonald Had a Farm 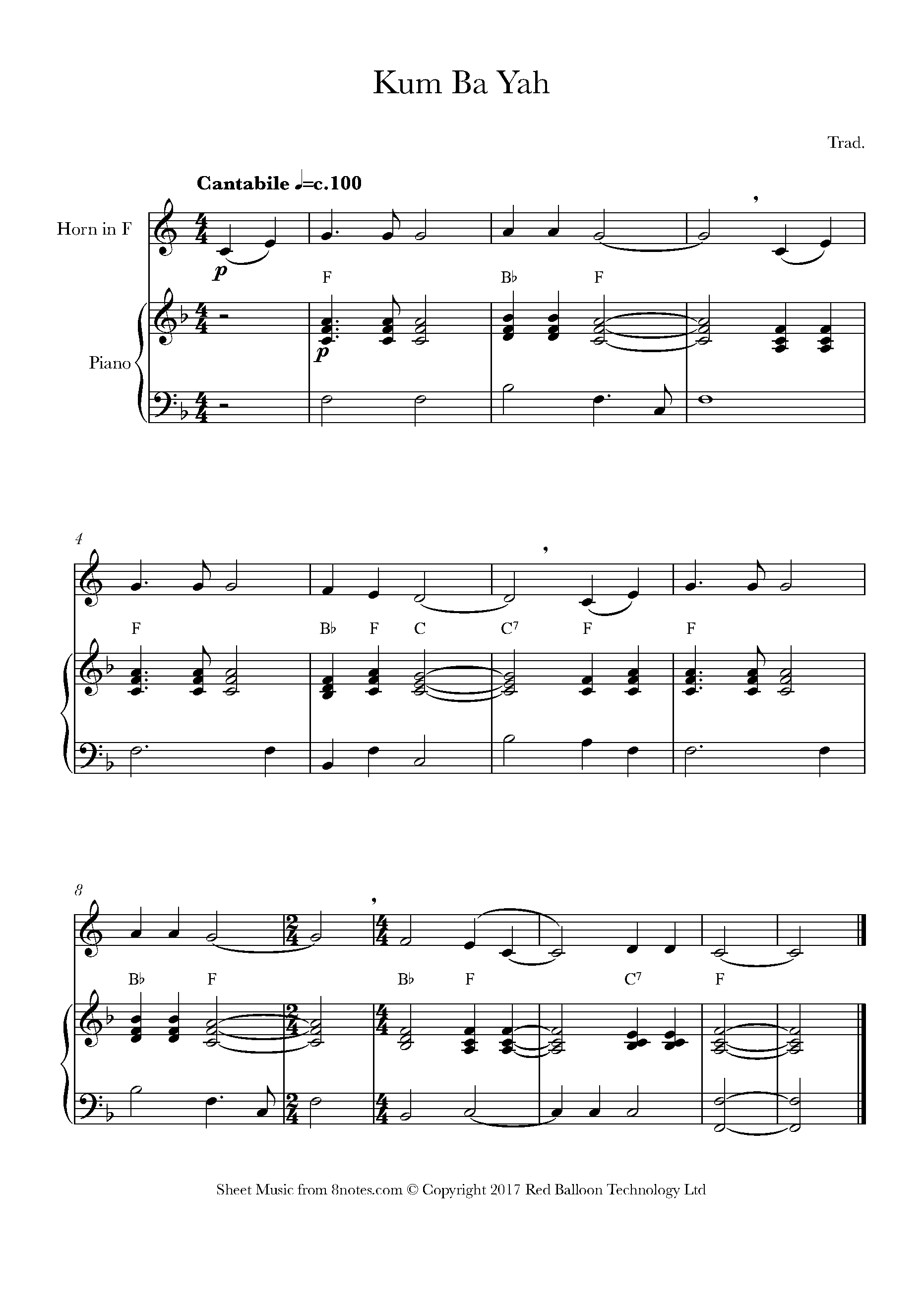 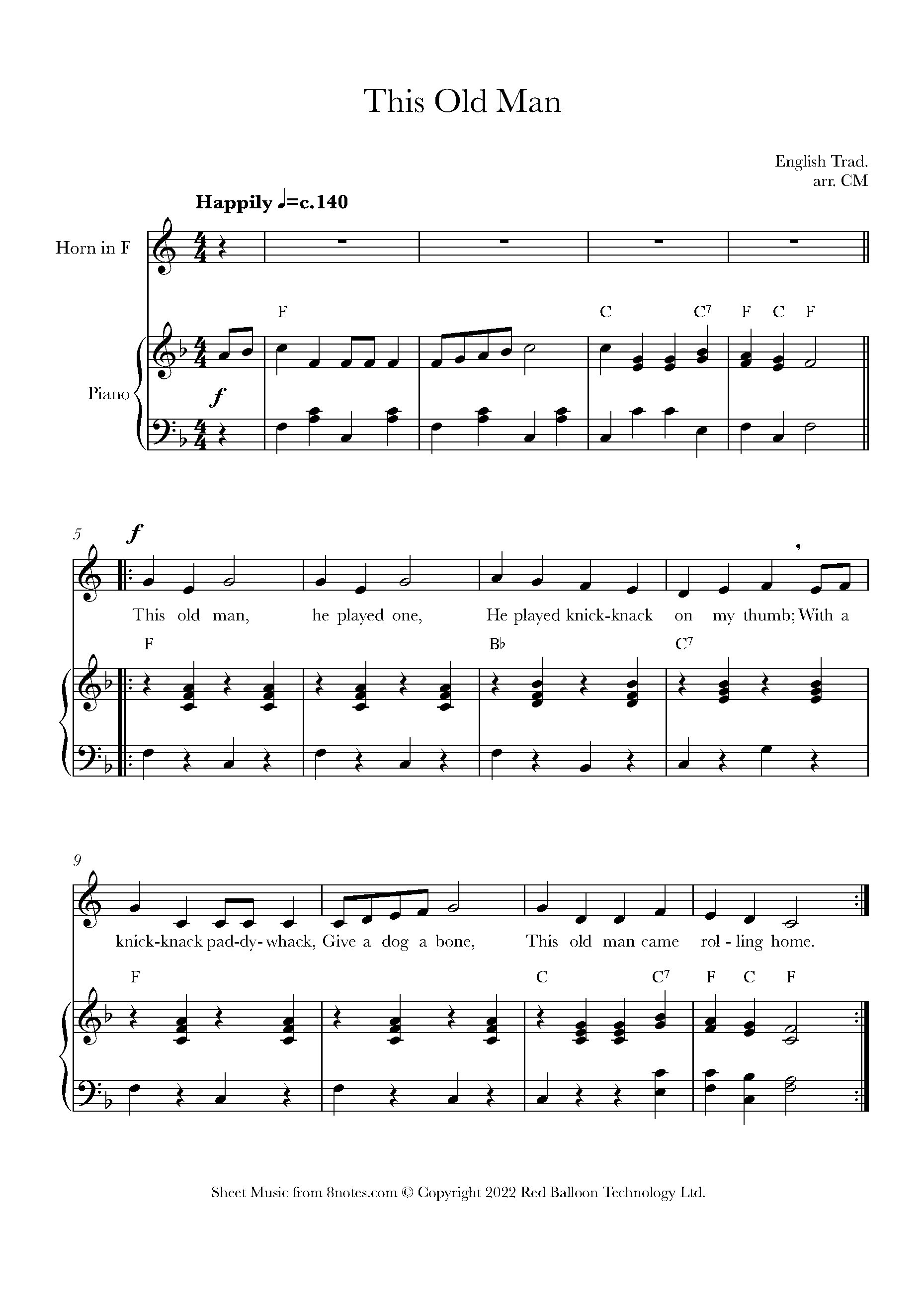 "You'll Never Get to Heaven" is a humourous call and response campfire and Scouting song. It describes the various comical ways a person is unlikely to get to heaven, including on an"old Ford car" on a "biscuit tin" and on "water skis." The exact lyrics are by no means fixed, with improvised verses encouraged! 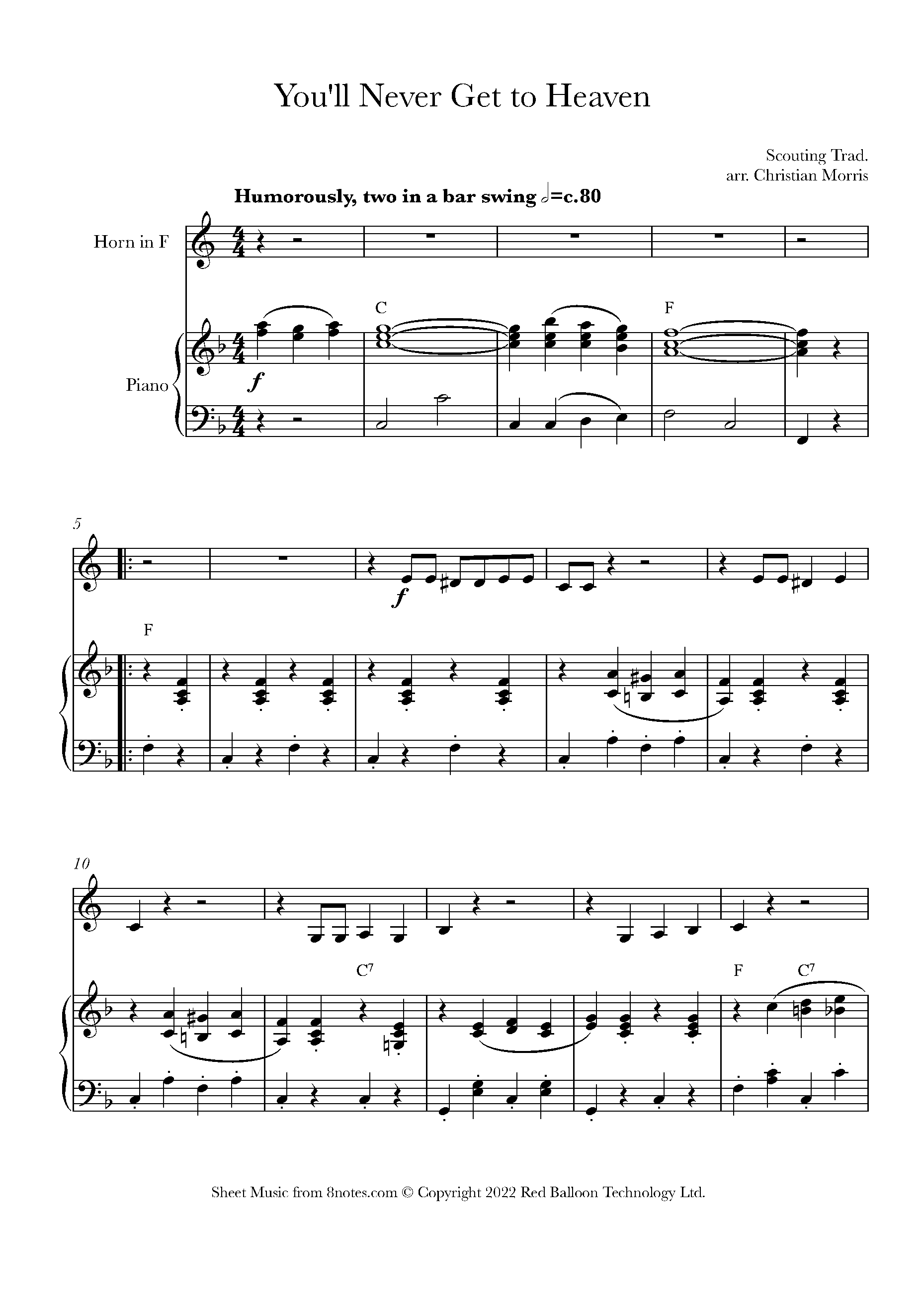 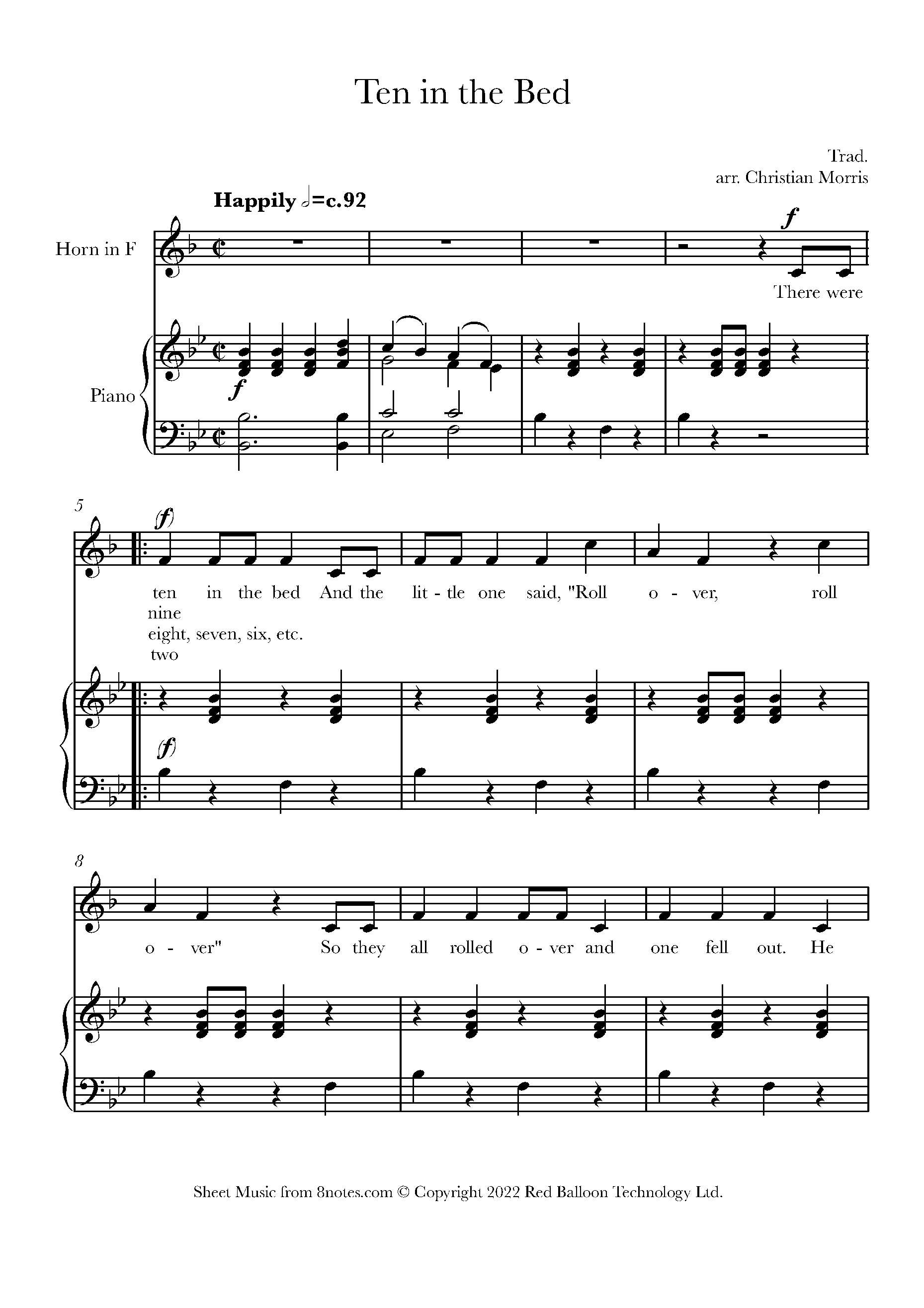 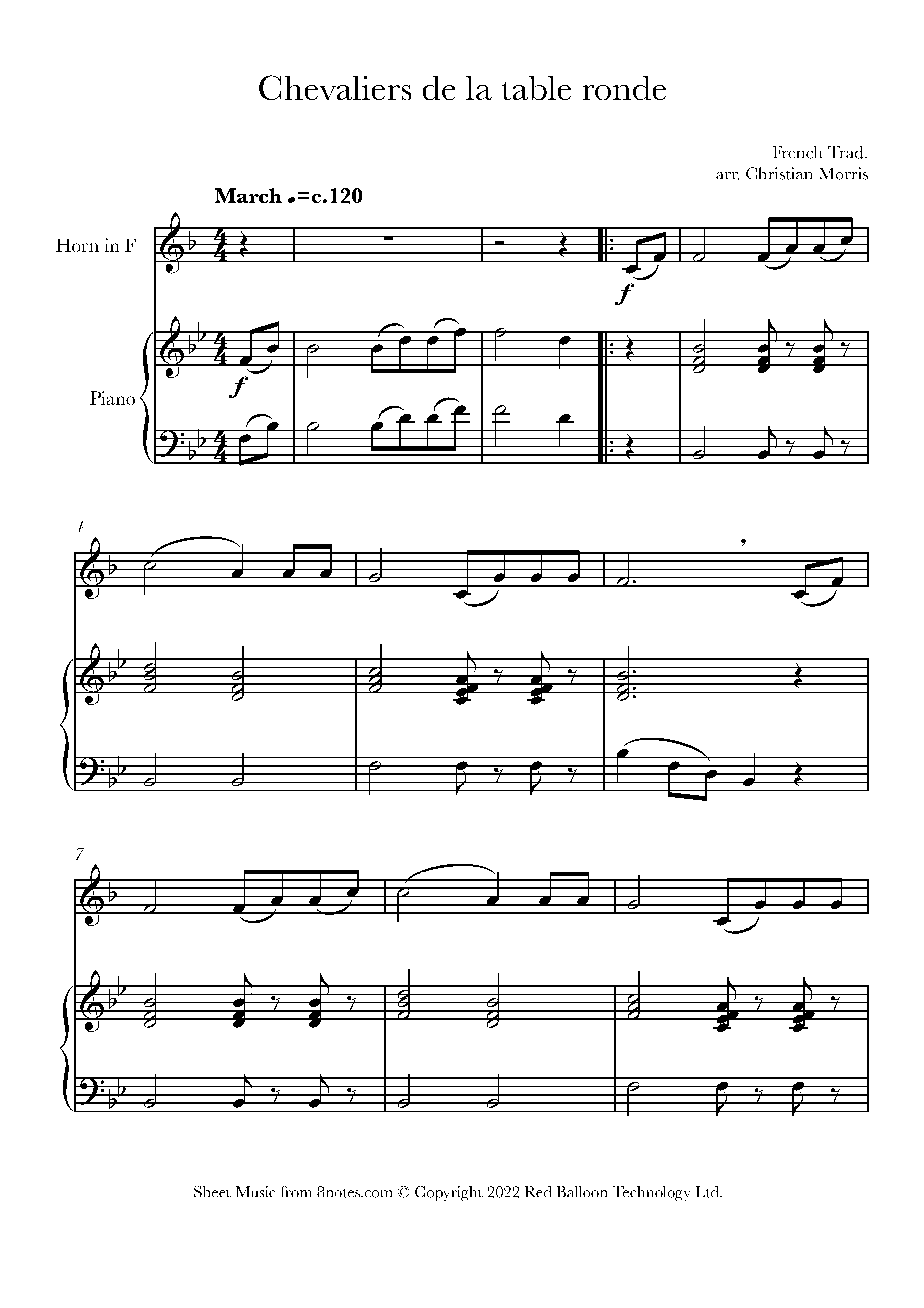 A lyrical French folk song for more melancholic campfire moments. The words are from the perspective of a person bidding goodbye to a comrade, presumably fallen in battle. The singer bids that the Lord protect their friend and that the Virgin shows them "the way to the stars.' 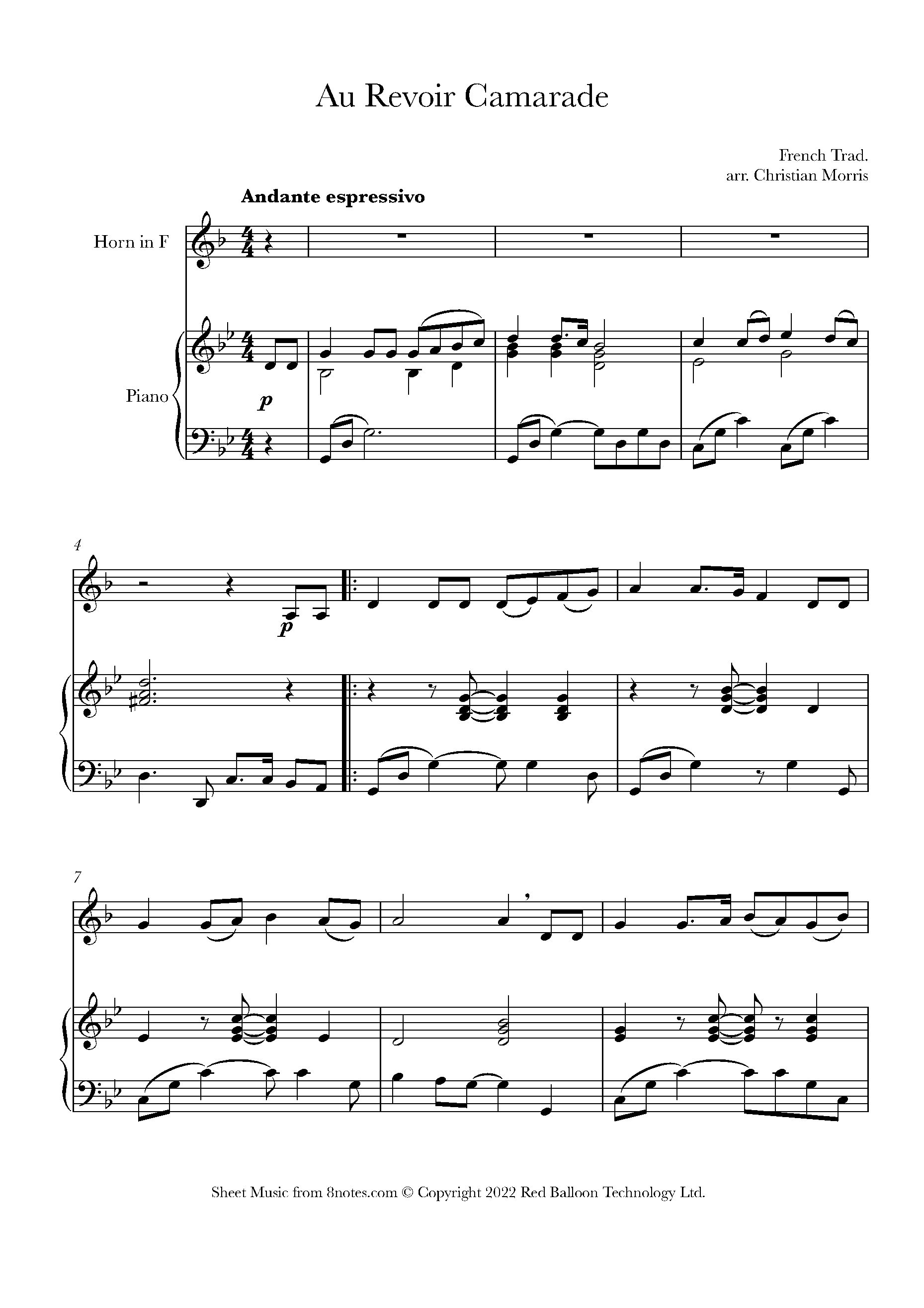 "The Other Day I Met a Bear" is a traditional American camp and Scouting echo song. The melody, written by Carey Morgan and Lee David in 1919 was originally written for a different set of lyrics "Sipping Cider Through a Straw." 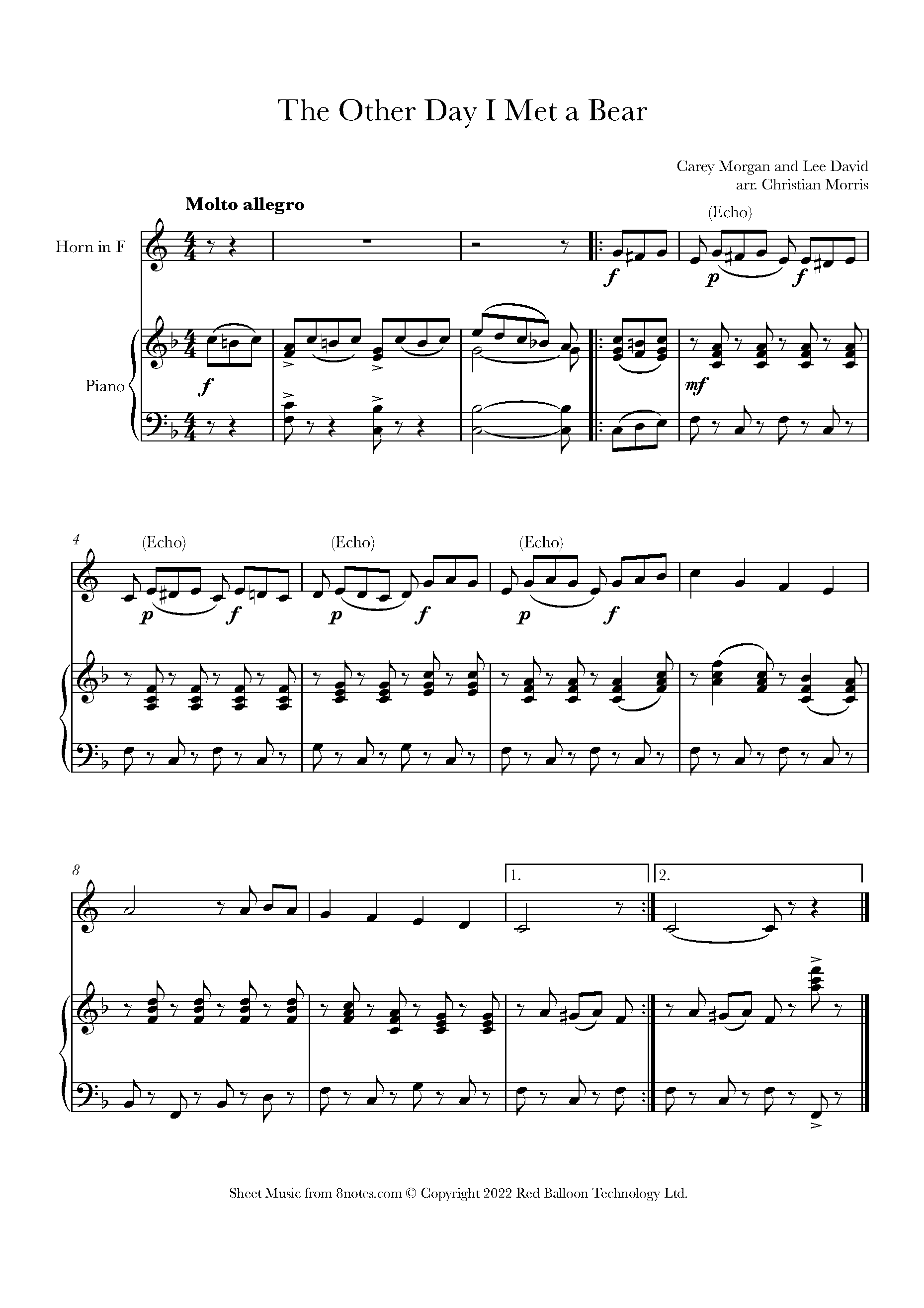 The Other Day I Met a Bear

The lyrical "Chant de la Promesse" was composed by the priest Jacques Sevin for the French Scouting movement. Through it a scout or group of scouts promise to be faithful to God and to their country. Sevin was a key figure in the scouting movement, founding the Scouts de France in 1920 and writing the book "Le Scoutisme.' 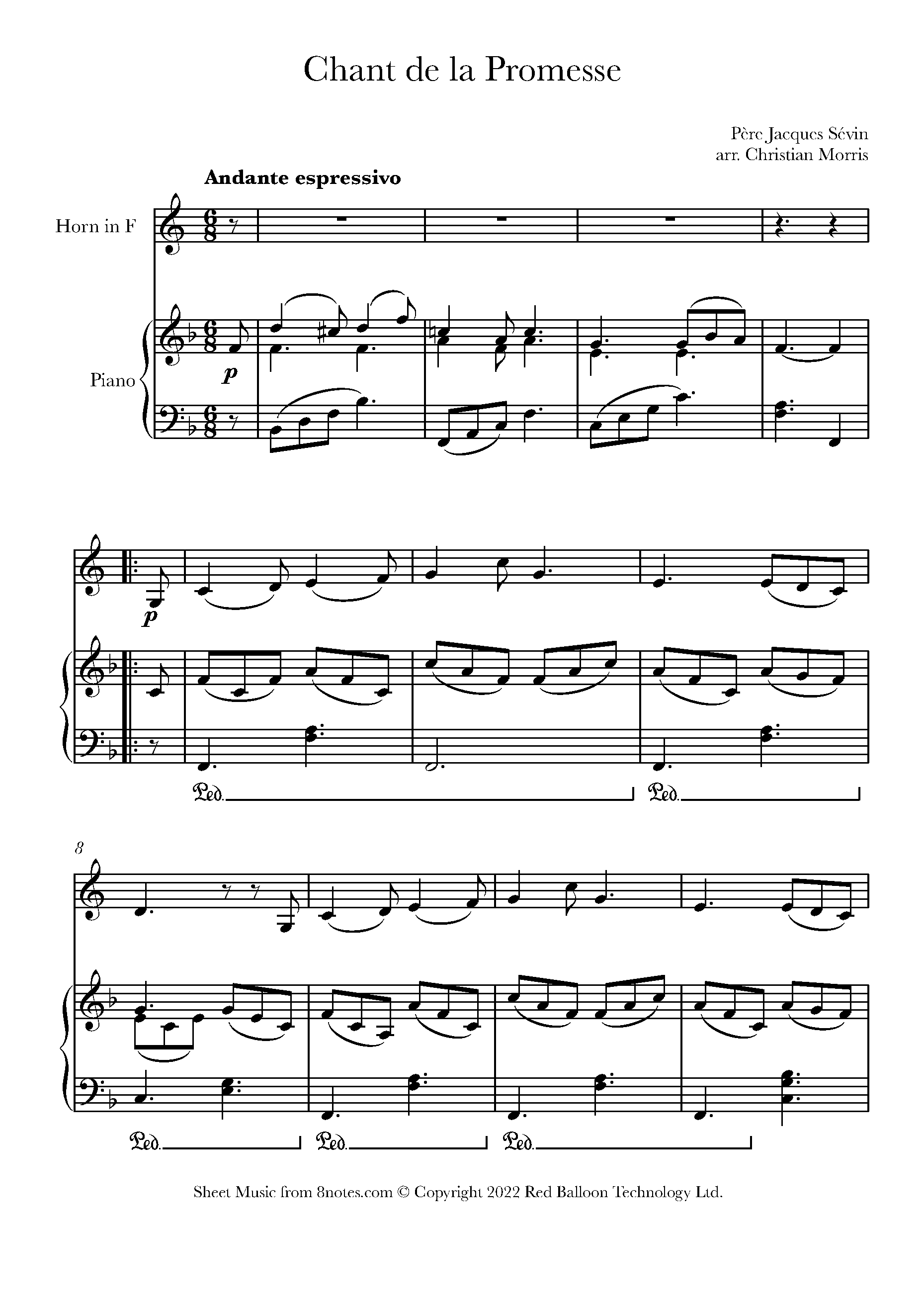 "Fire's Burning" is a US campfire song that derives from the English folksong "London's Burning." Both are rounds, their tunes being identical until the final phrase. The British folksong is thought to be about the 1666 Great Fire of London, which led to the destruction of the medieval part of the city including old St. Paul's Cathedral. 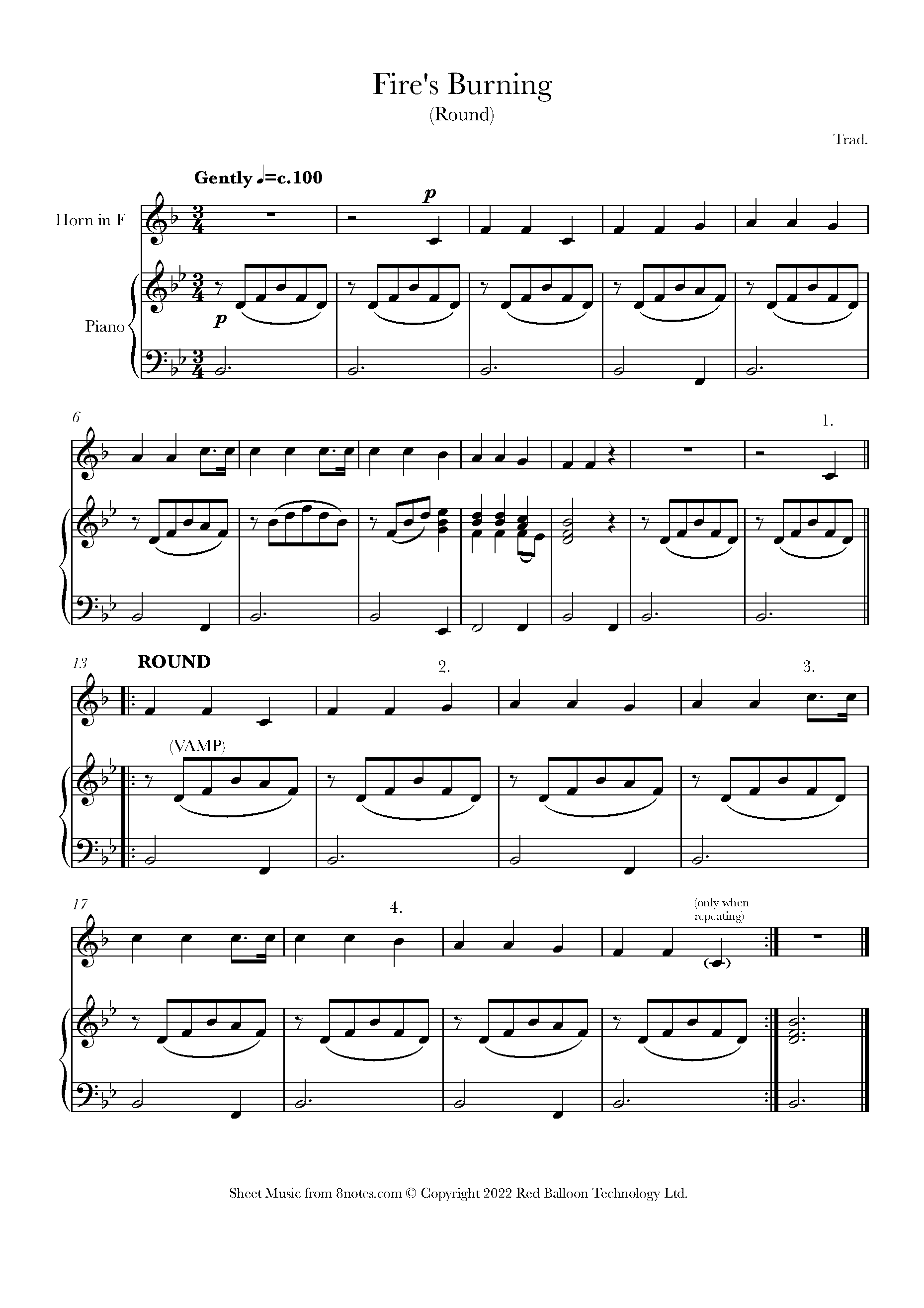 Ging gang goolie is a gibberish song, widely spread around the world. It is popular among Scouts and Girl Guides, partly since the nonsense words allow it to be sung in international meetings where language barriers can be an issue, but mostly because it is a lot of fun. 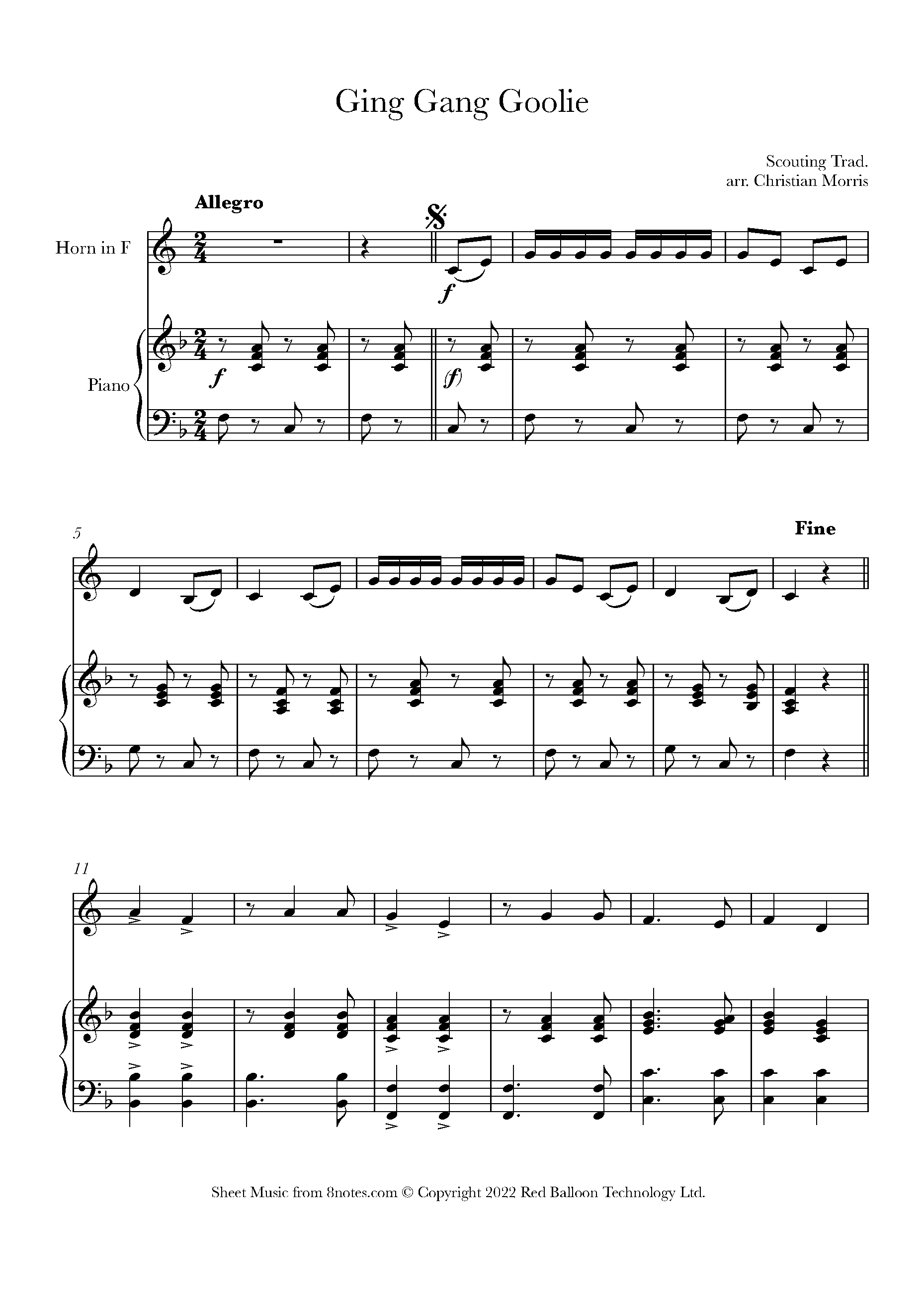