A collection of Irish Hornpipes, speciailly arranged for Viola and Piano. Easy to Advanced Level

This Hornpipe is the eighth movement from Handel's celebrated "Water Music" Suite in F major, written for a concert on the River Thames in 1717 at the request of King George I. Whilst the 3/2 time signature may not feel as familiar as other traditional hornpipes in 4/4 (see for example, the "Sailor's Hornpipe" or "Trumpet Hornpipe"), this was a common variant on the hornpipe form and remains well-known, for example in the Northumberland song "Dance to thy Daddy" and the variation set "Lads of Alnwick." 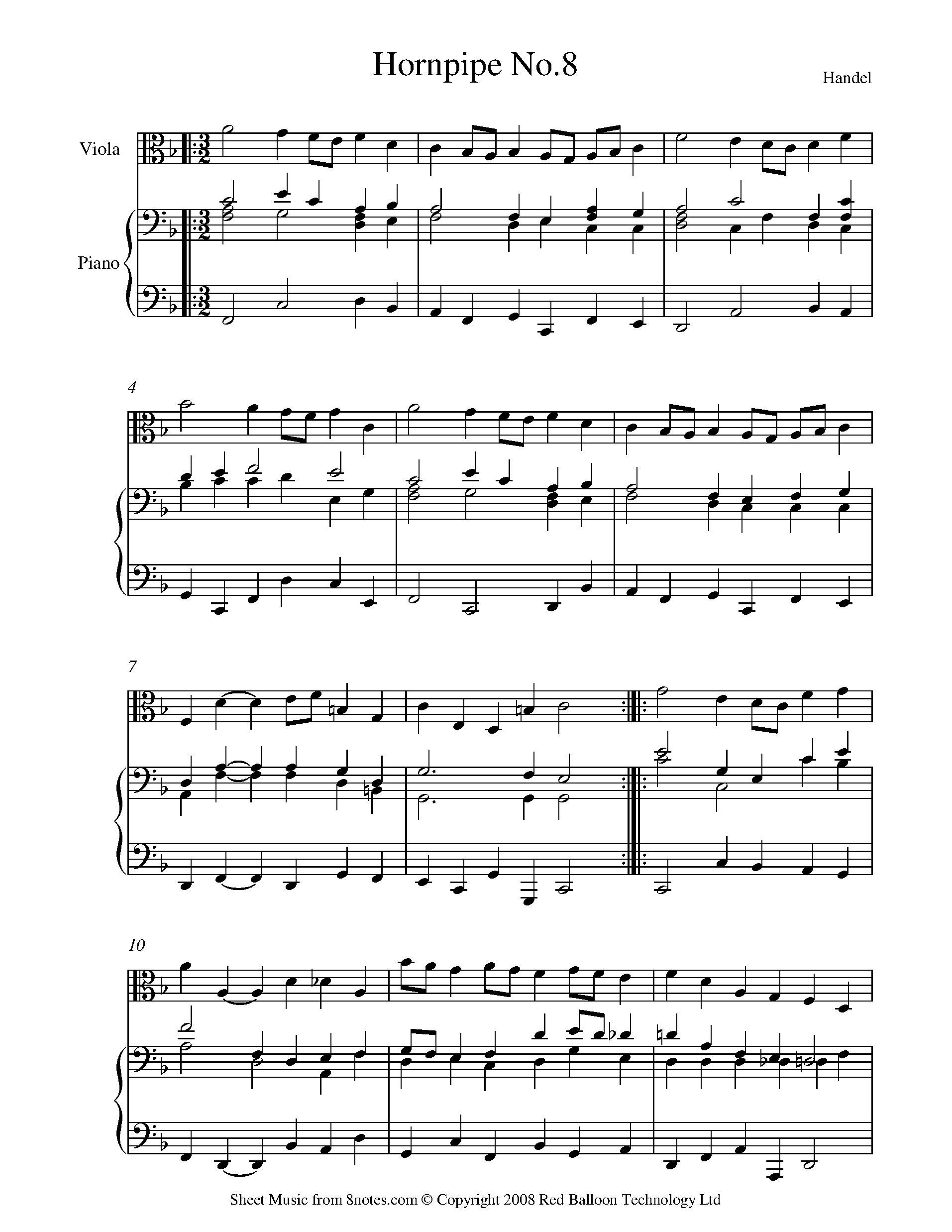 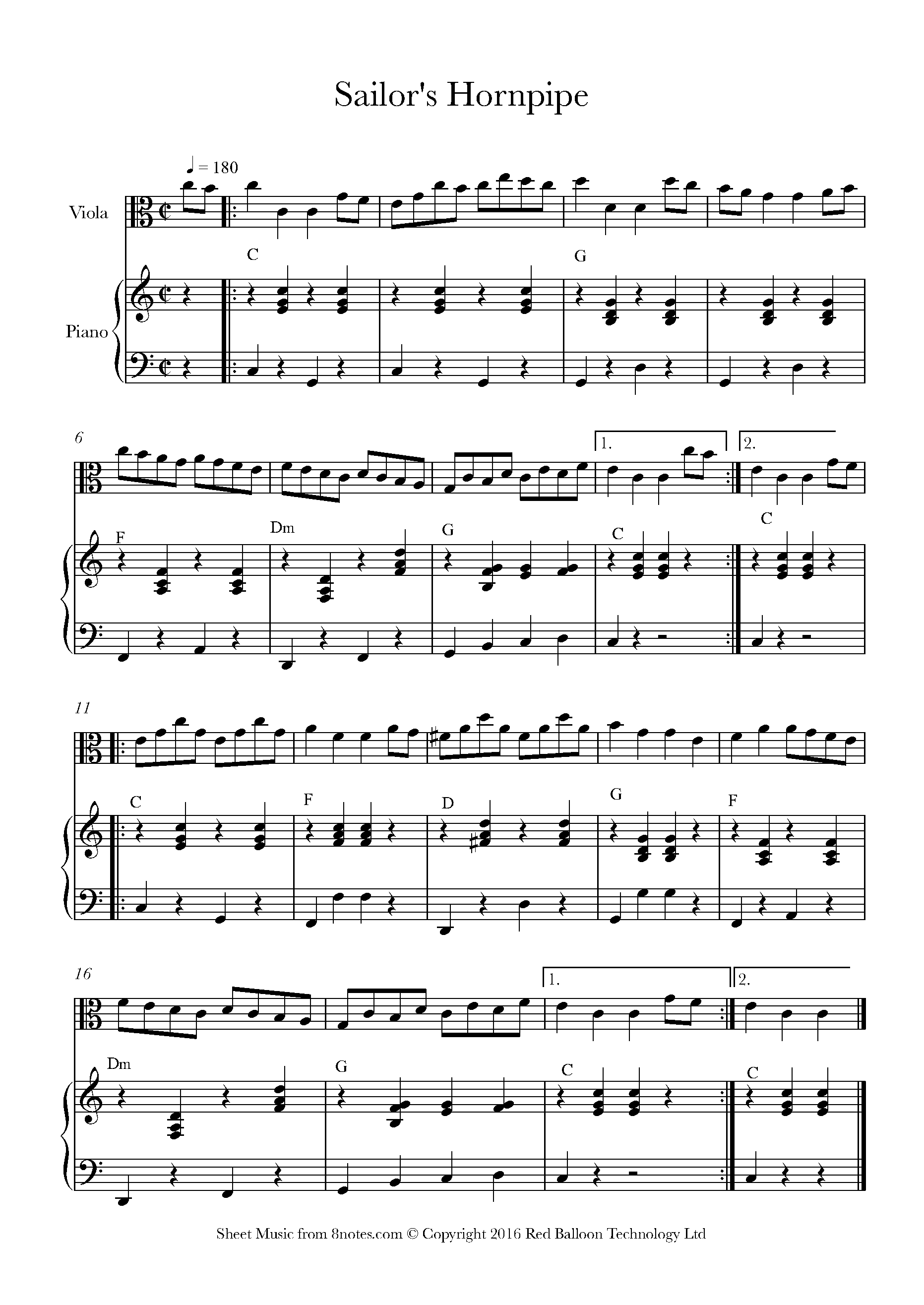 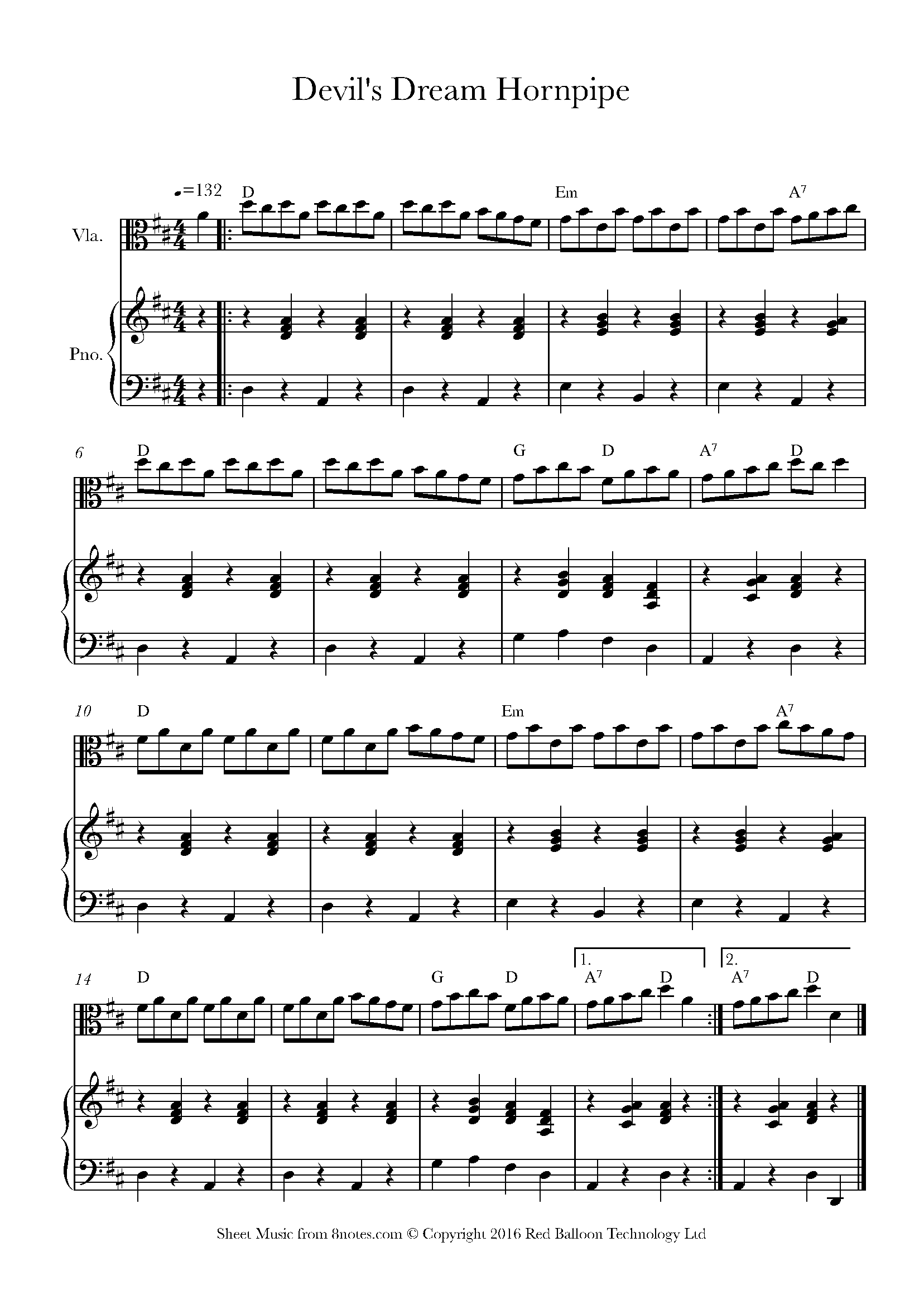 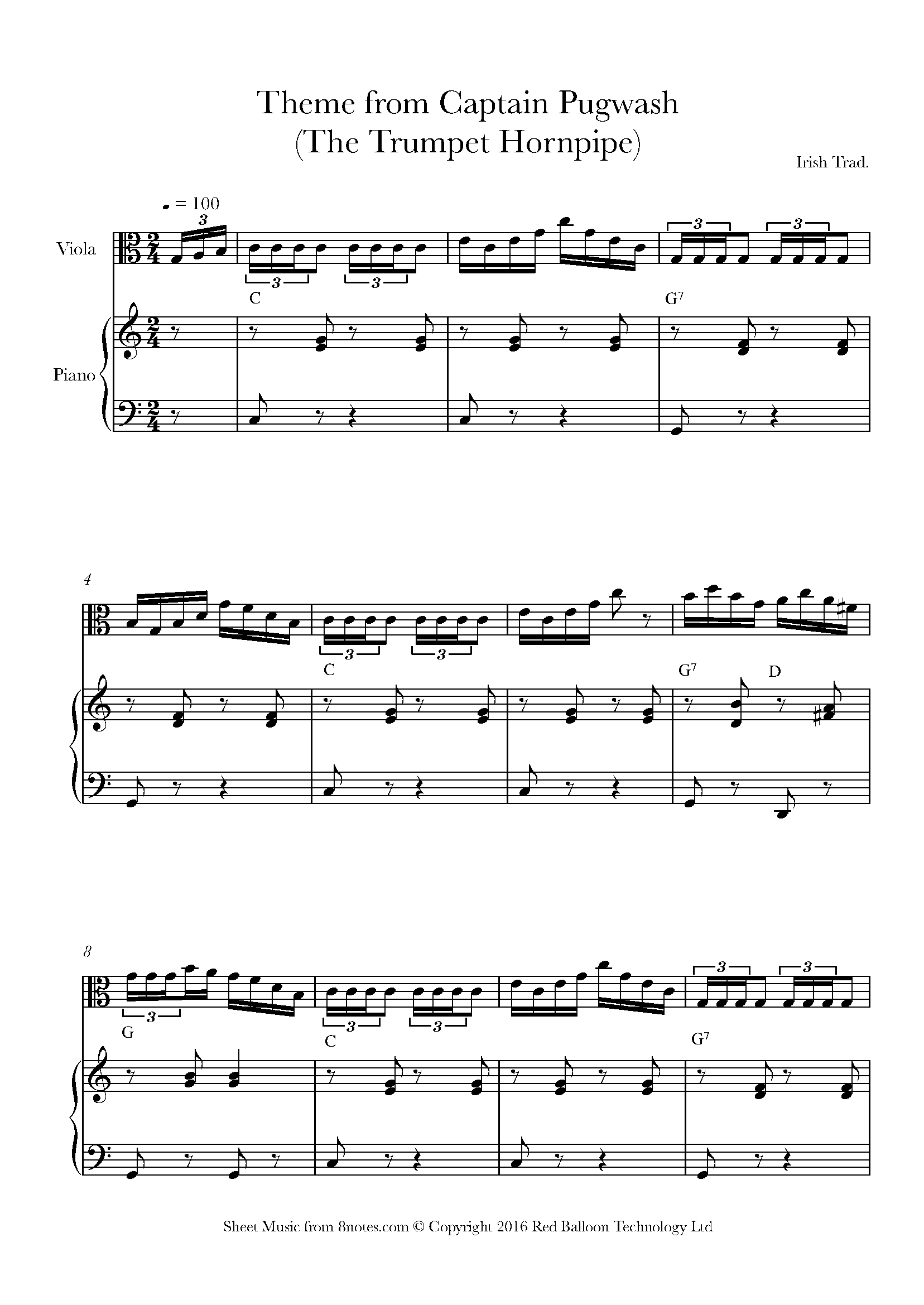 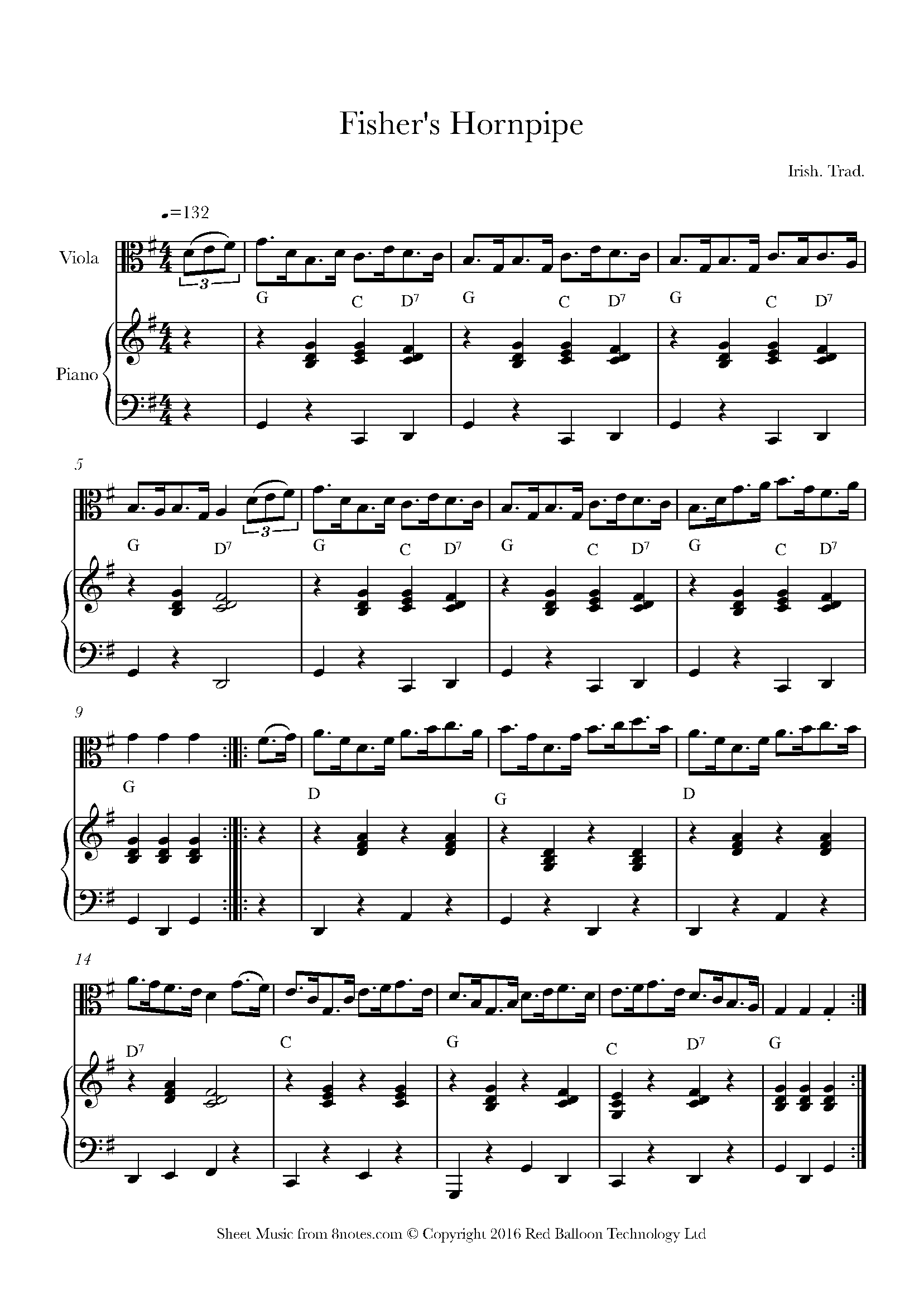 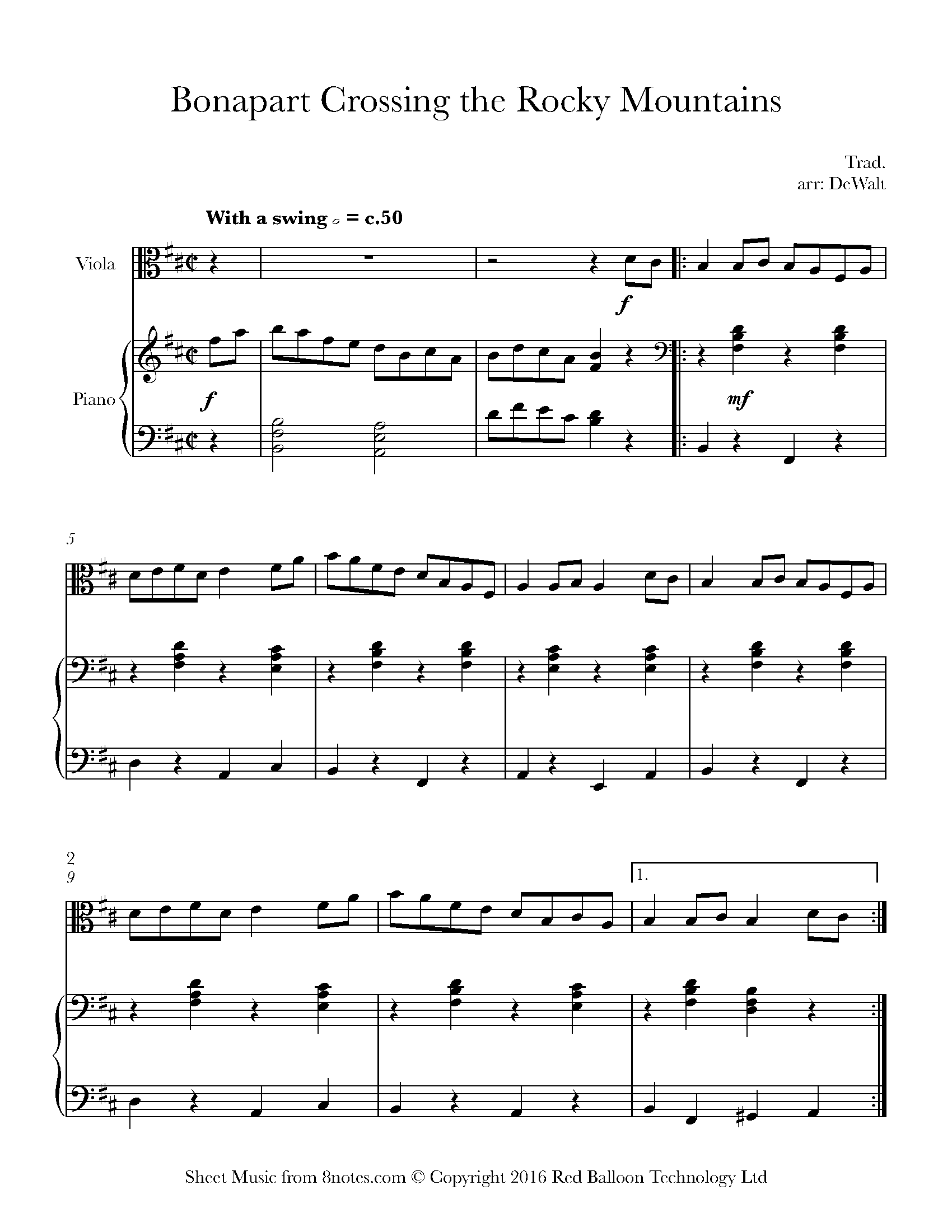 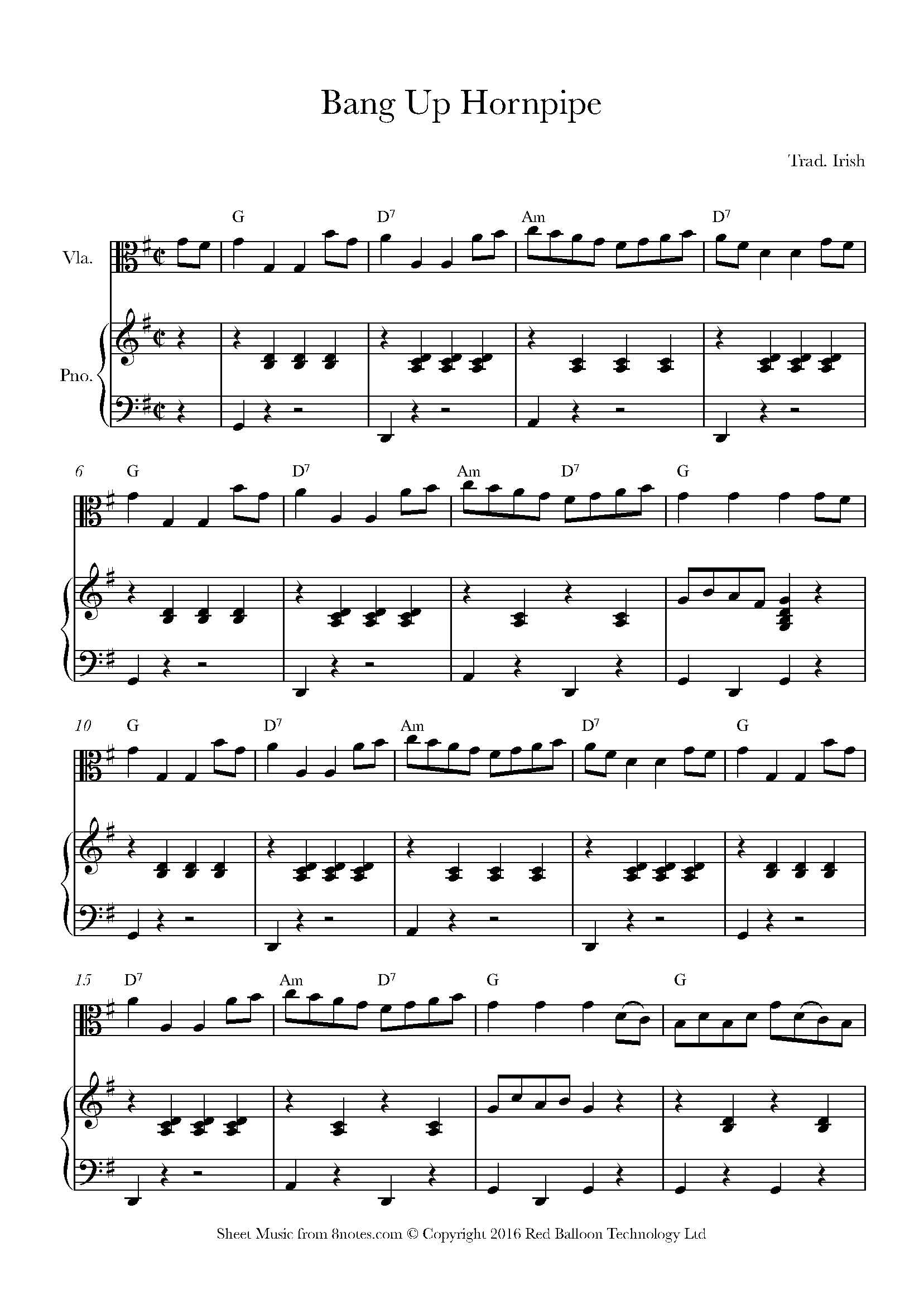 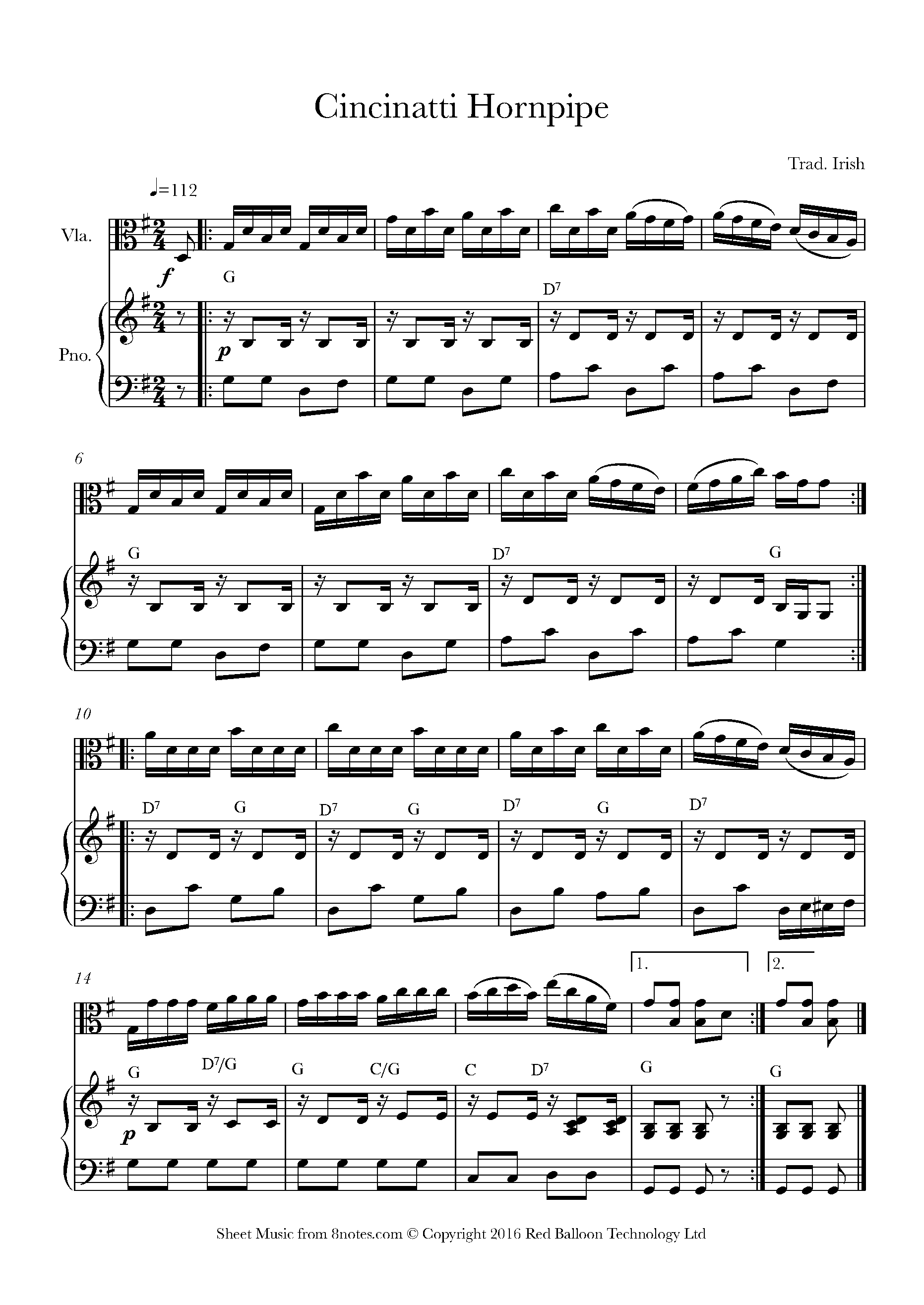