A collection of Irish hornpipes, arranged for violin and piano. Easy to Intermerdiate Level 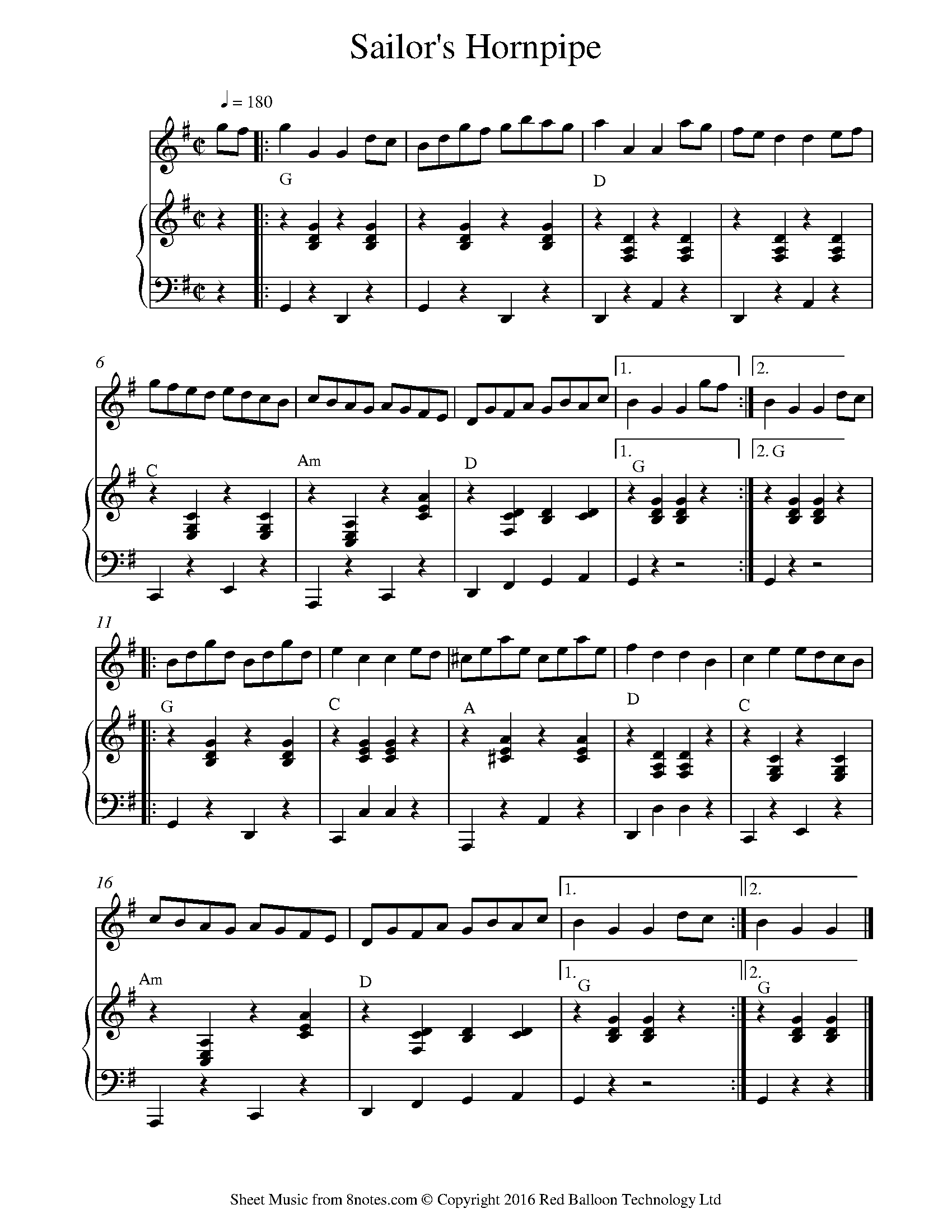 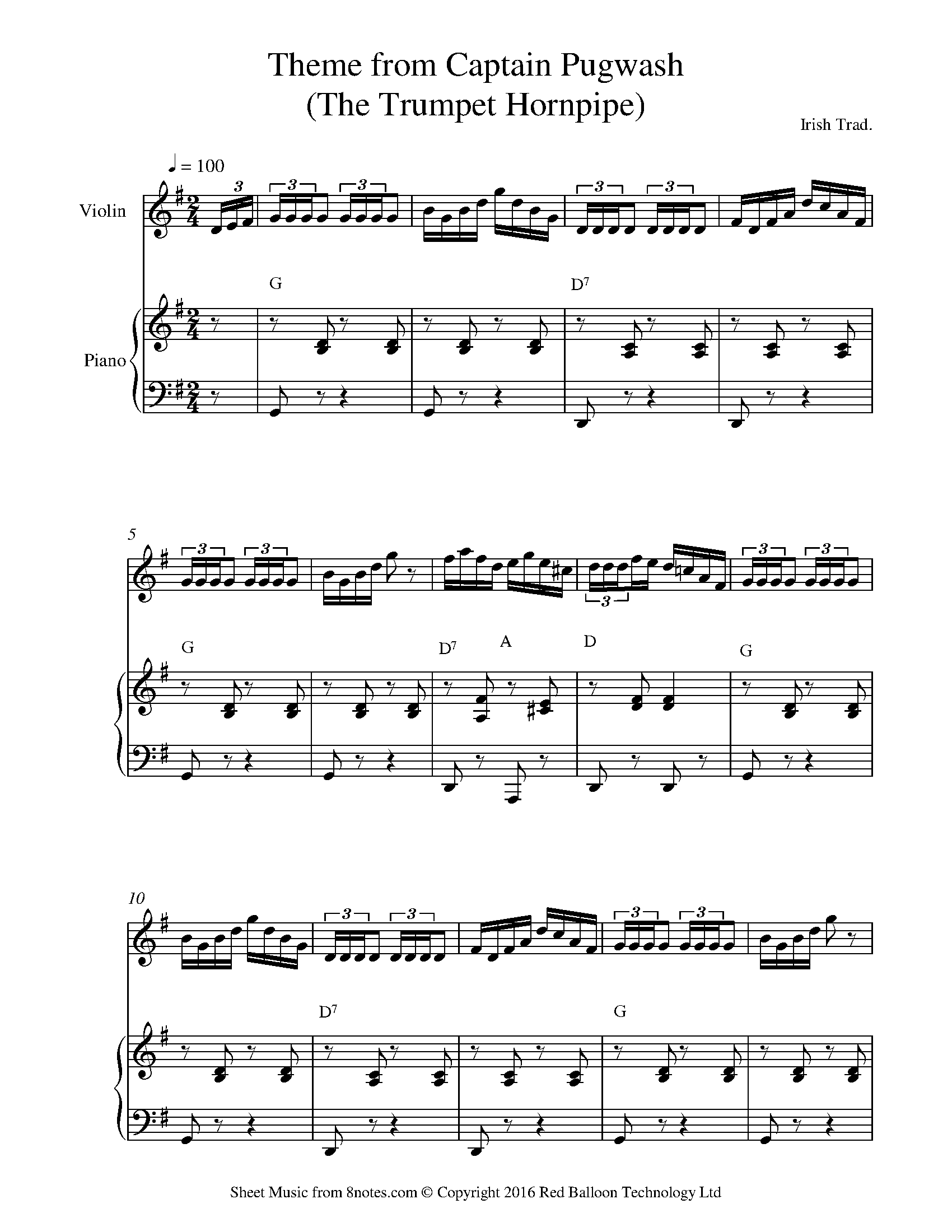 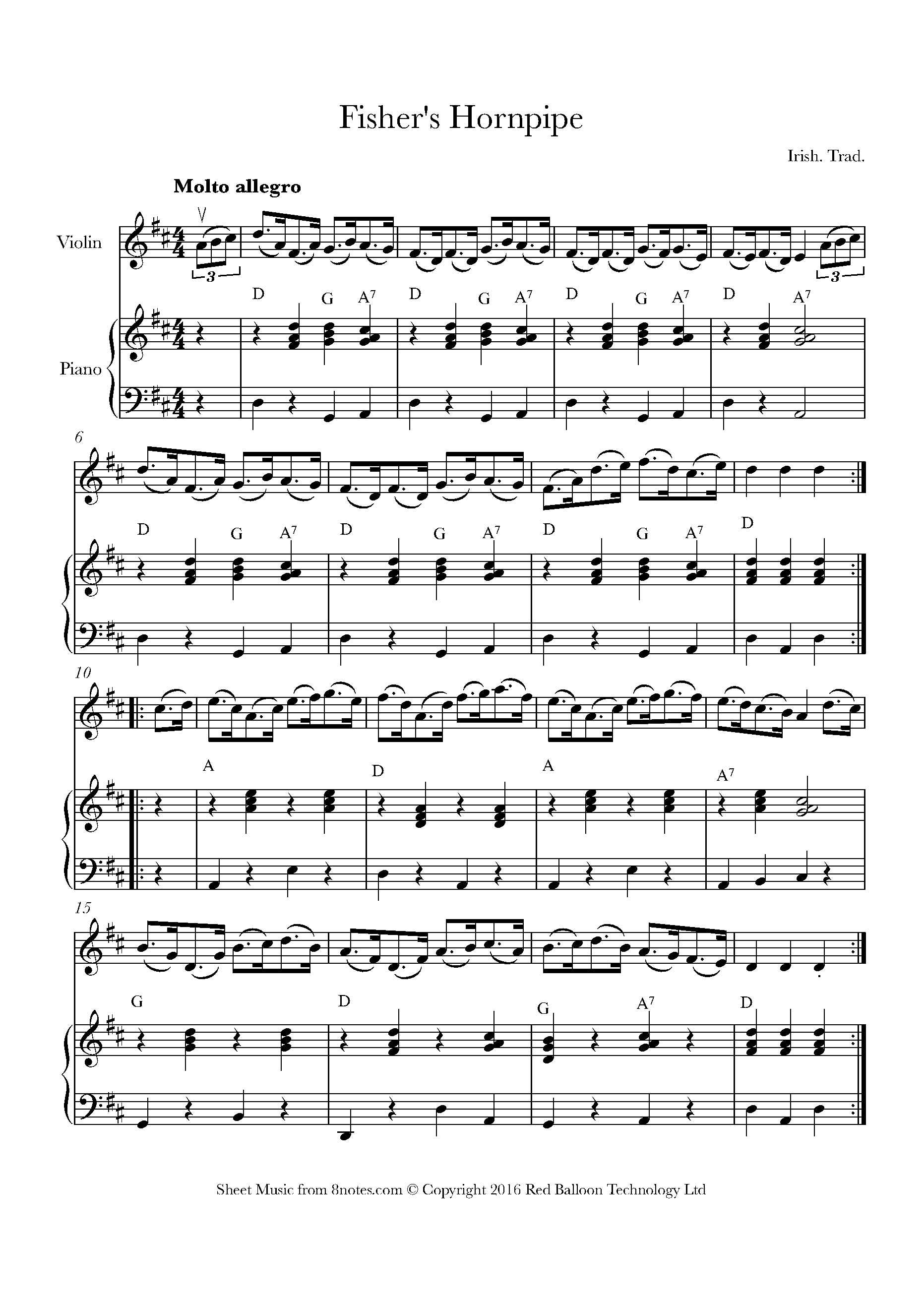 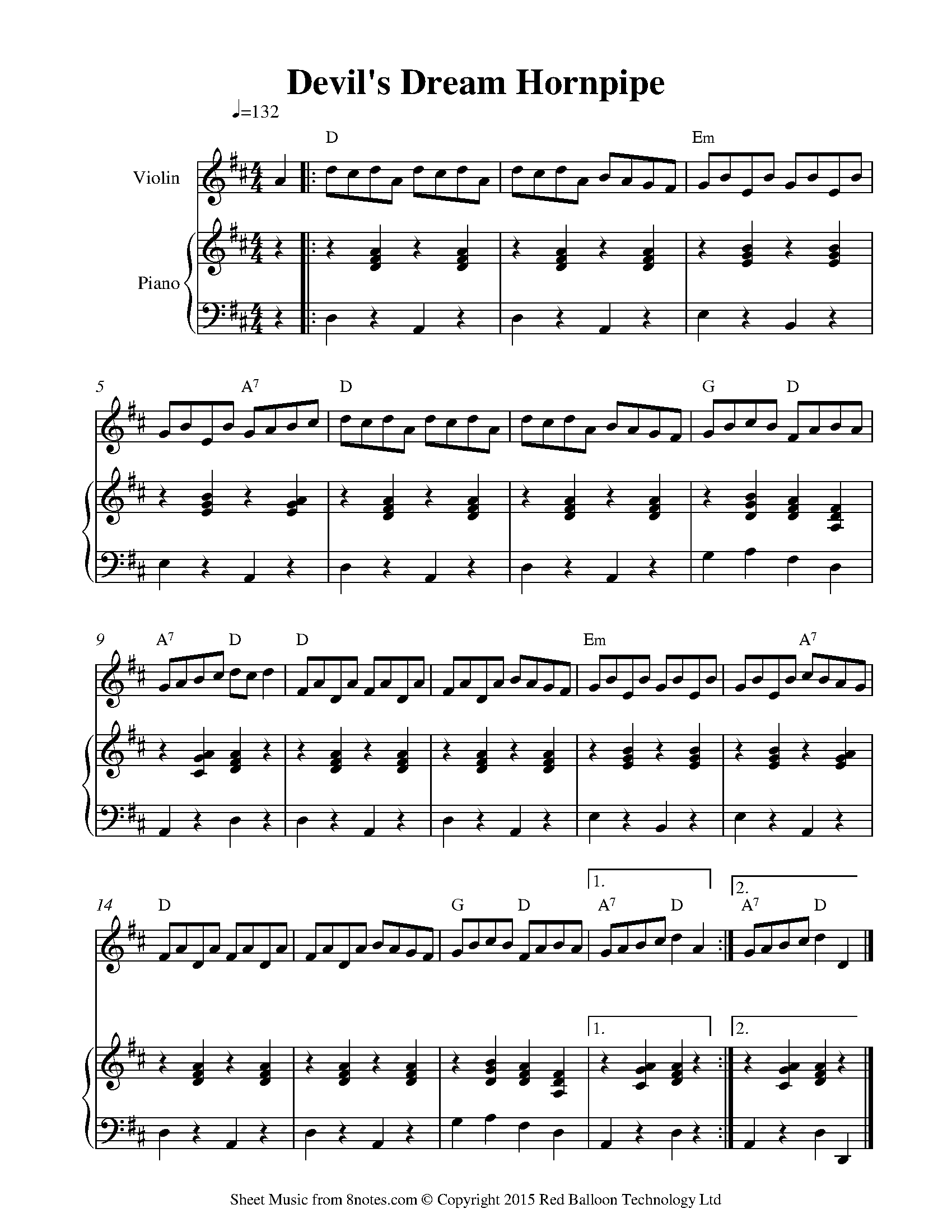 "Alexander's Hornpipe" is recorded in O'Neill's Music of Ireland published in 1903, but is known to have roots also in the Northumbrian tradition, where it is known as "Goswick Kirn", and in Wales, where it is entitled "Byth Ar Y Sul," meaning "Never on Sundays". Both author and the subject of the original title are unknown. 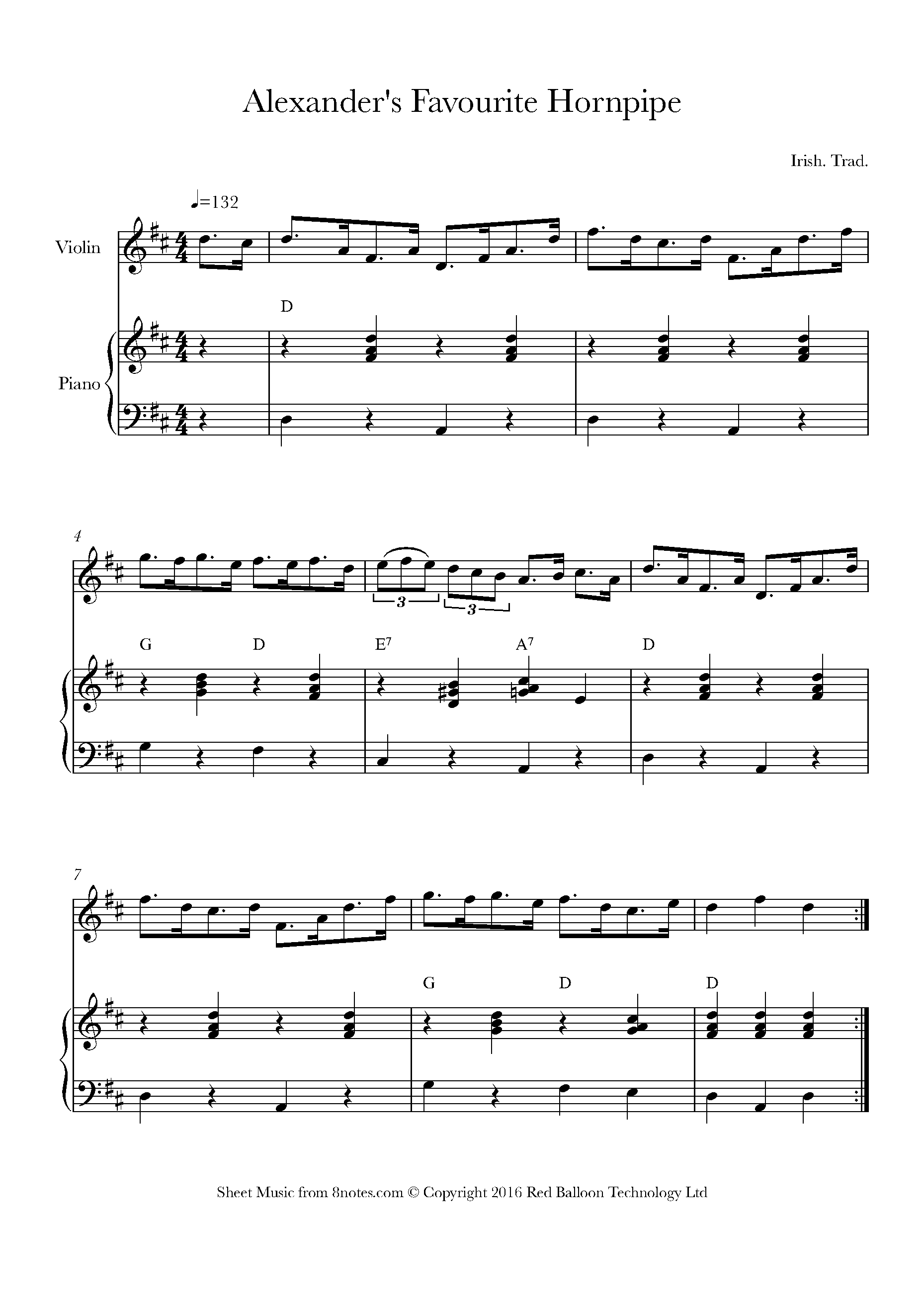 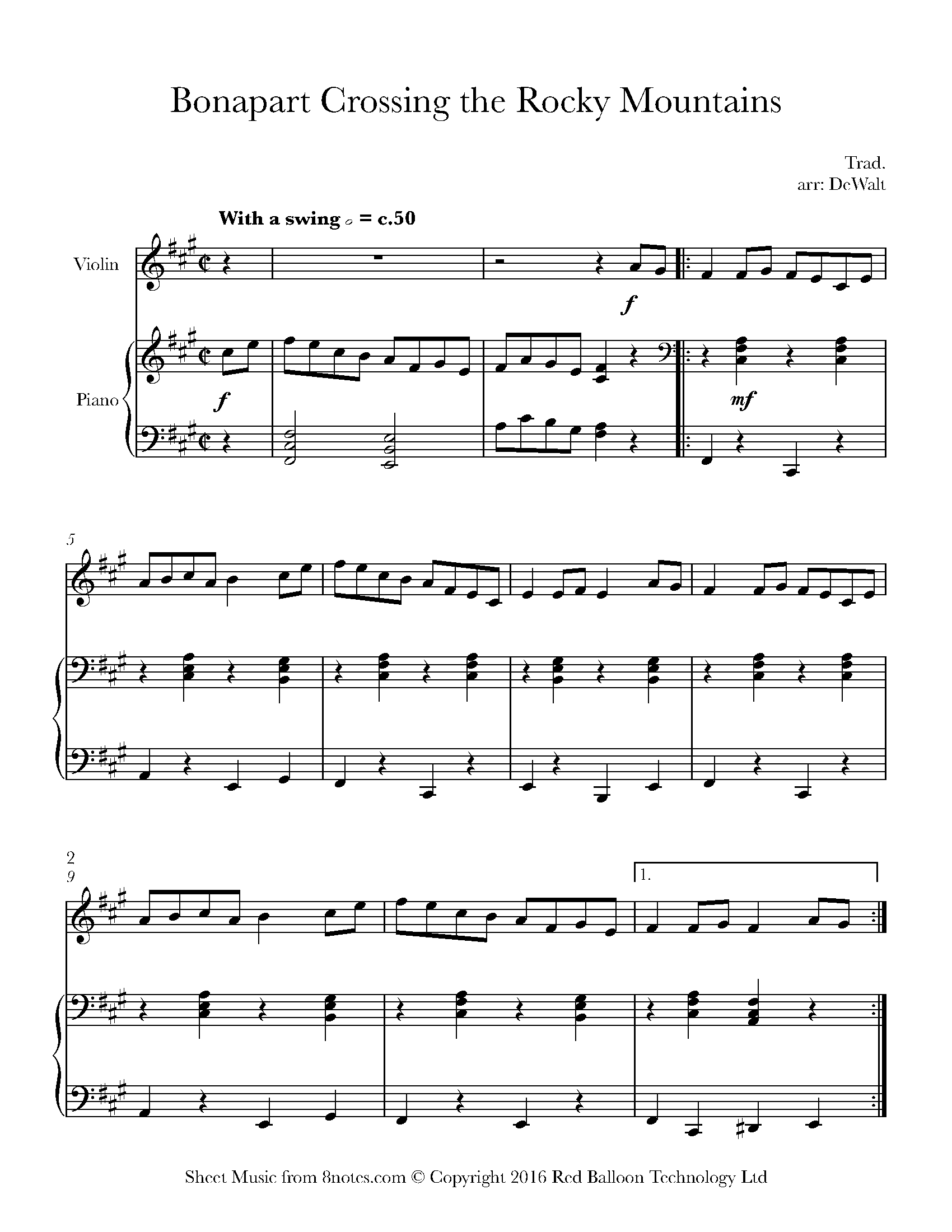 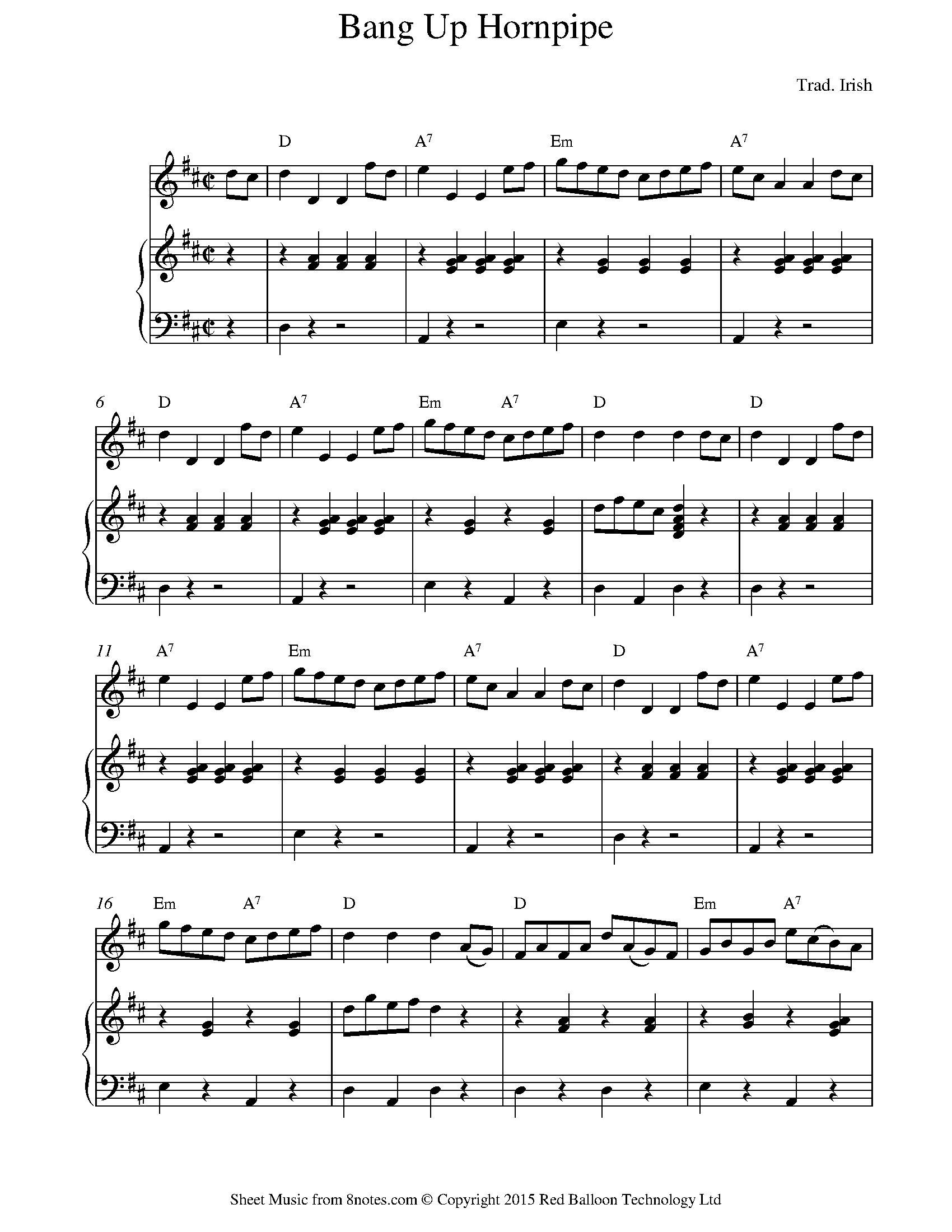 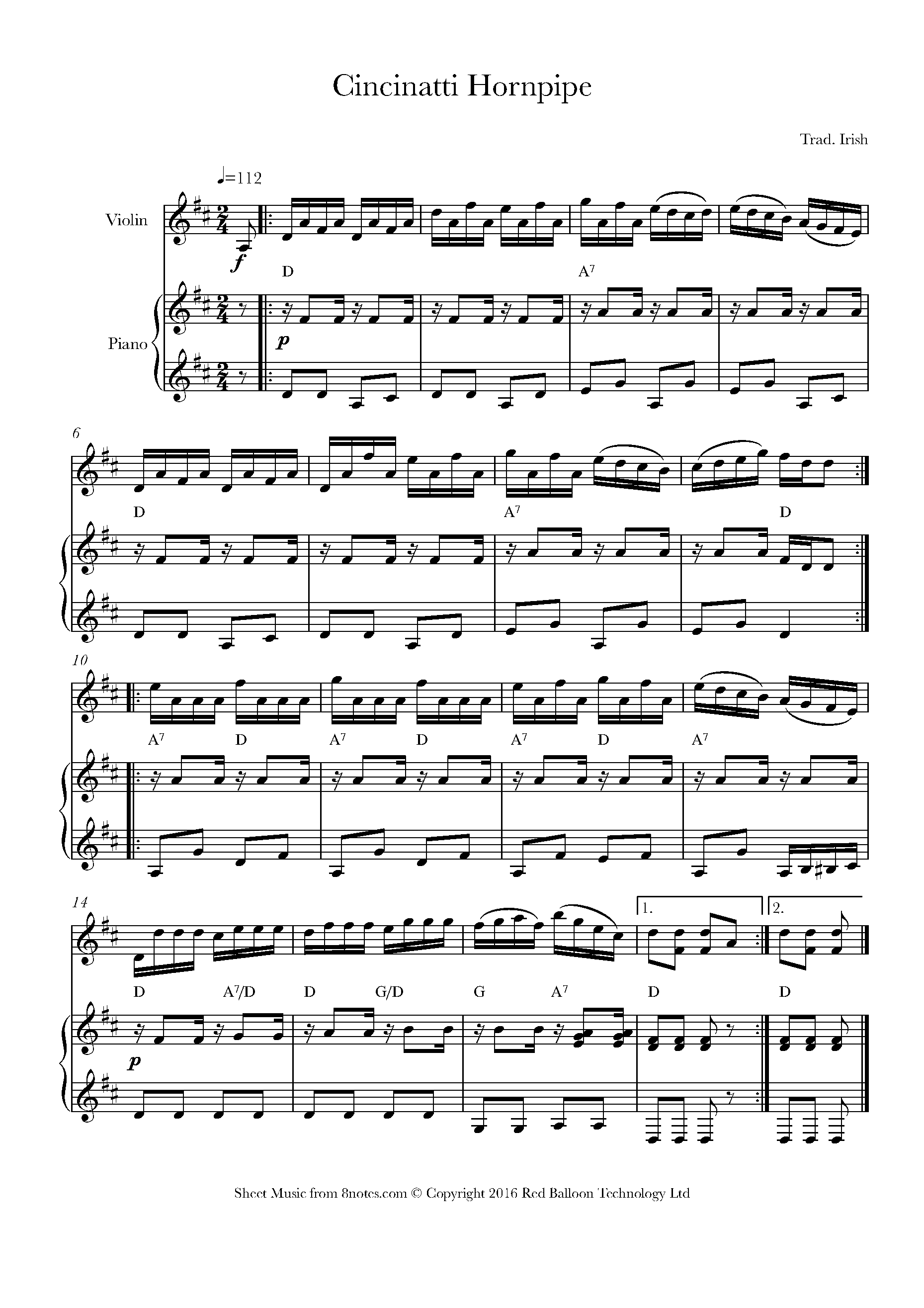