A collection of Polkas pieces in special arrangements for violin and piano. Easy to Advanced Level 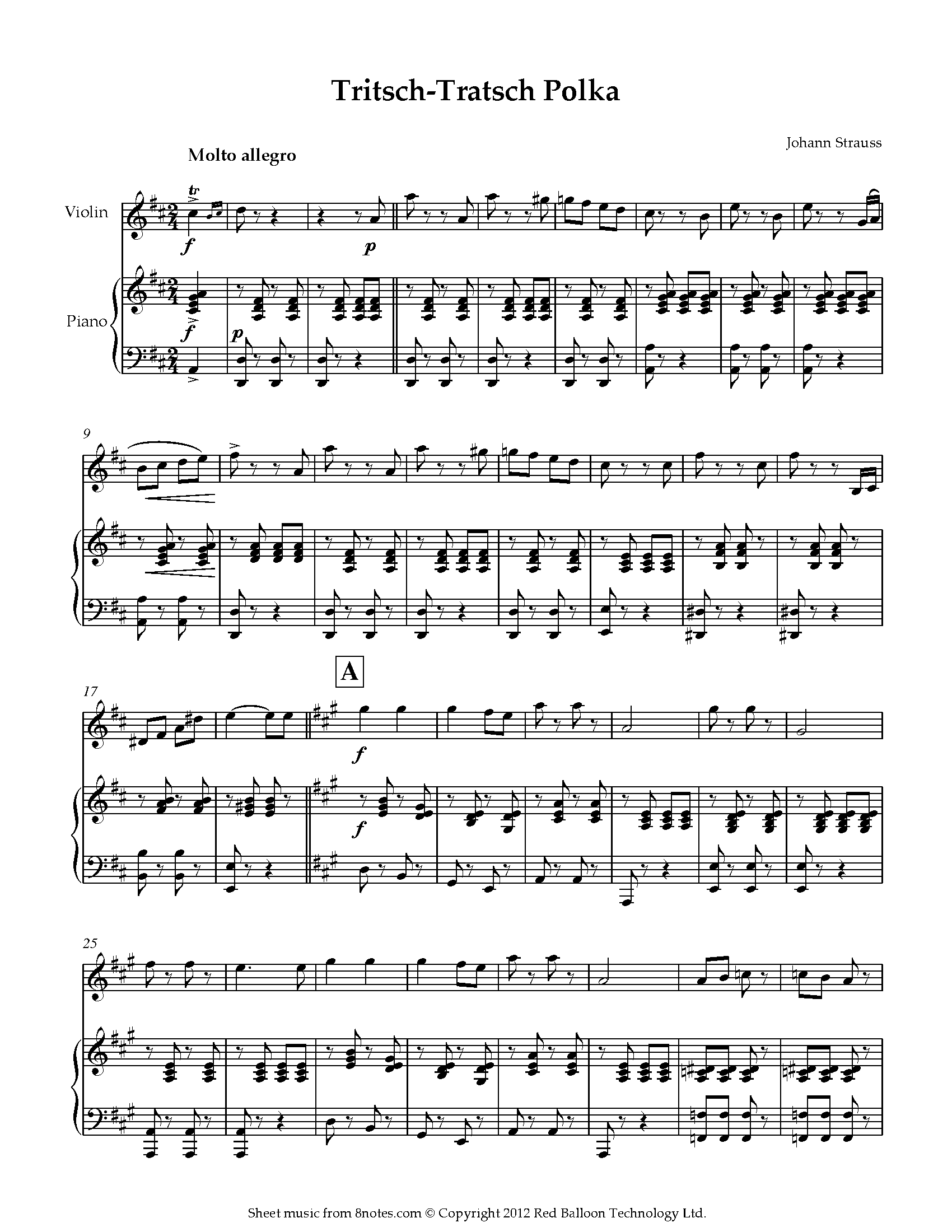 "Jesusita en Chihuahua" is a Mexican polka which was written by Quirino Mendoza y Cortťs while he was serving as a Lt. Colonel in the Mexican Revolution and directing the military band in Puebla. Its premiere was held on Christmas Day 1916 and it has since been covered by a multitude of artists. The composition became a trademark of the Mexican Revolution and was Pancho Villa's favorite musical piece to have his bands play during combat. The piece centers on soldaderas; women who accompanied the revolutionaries, tending to their needs and on occasion even taking up arms to participate in combat. 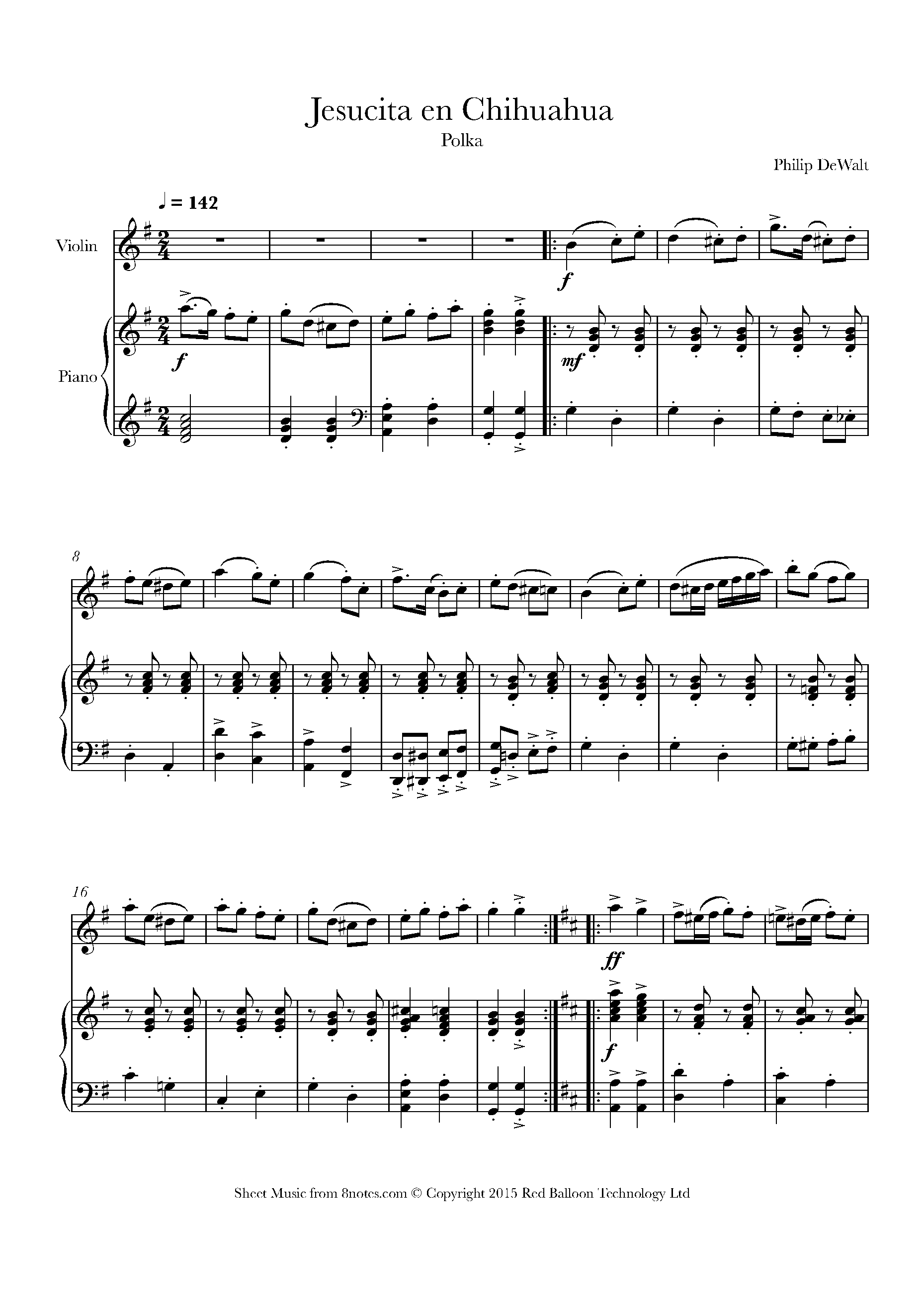 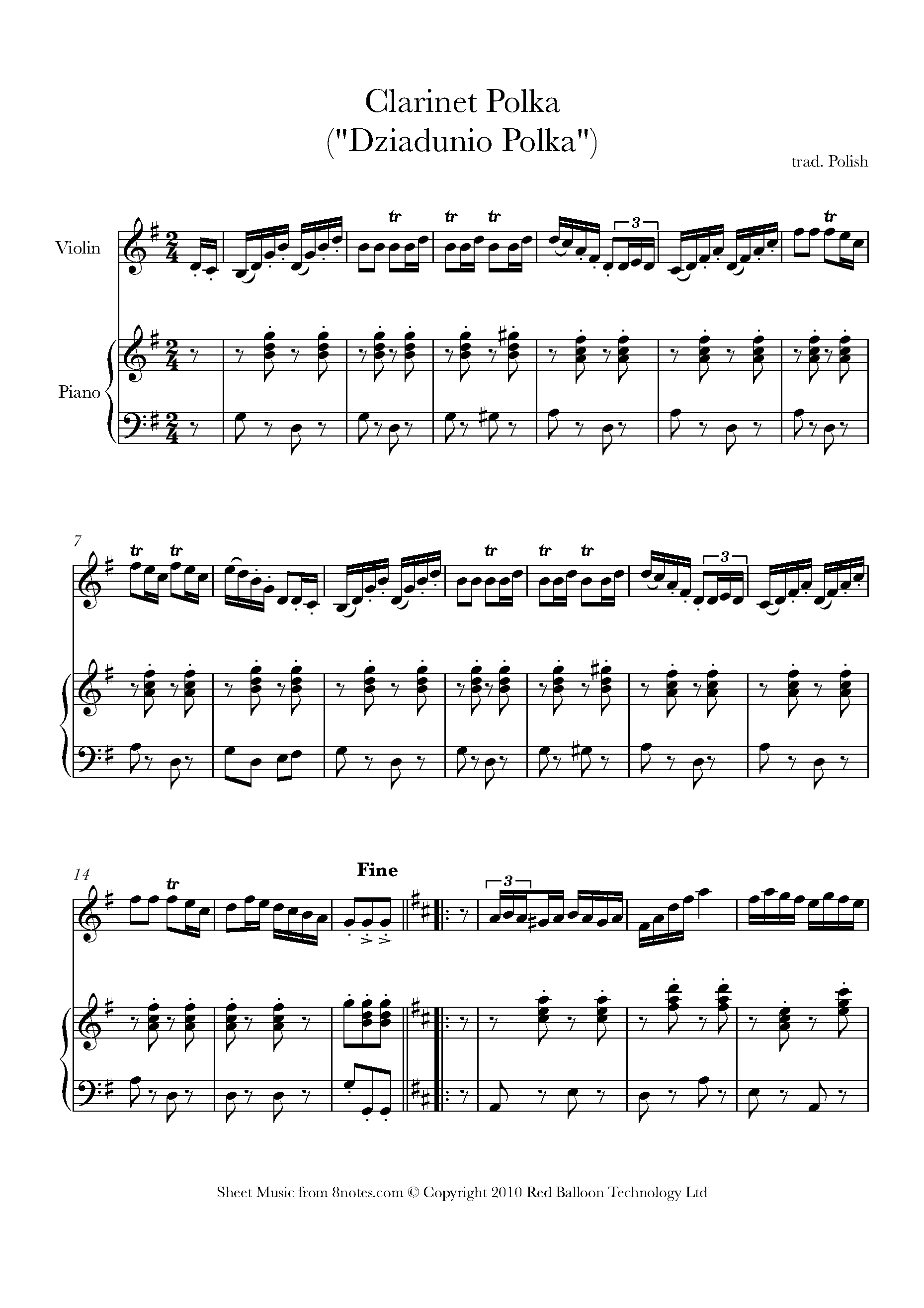 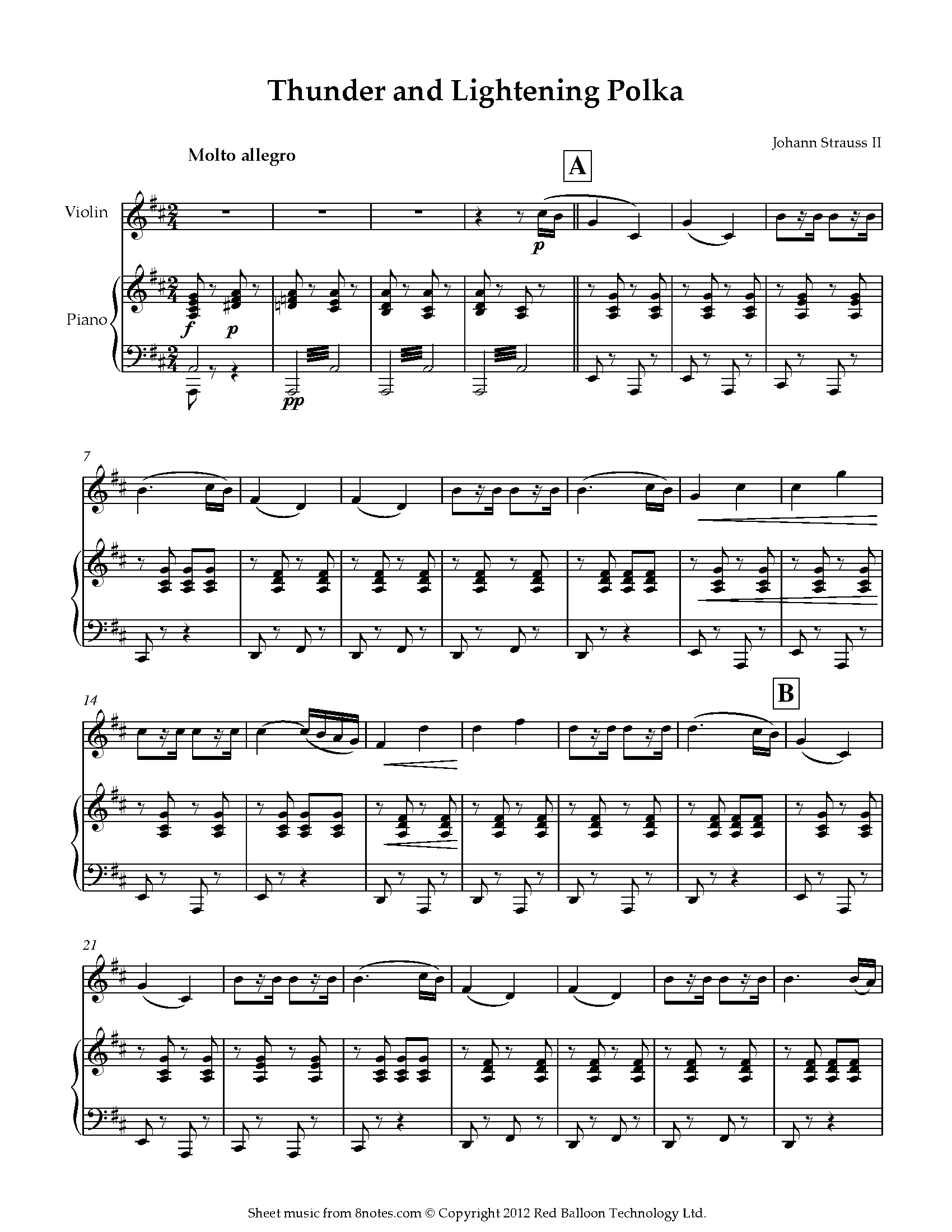 Beer Barrel Polka, also known by its chorus 'Roll out the barrel,' was a popular World War 2 song. Though it became hugely popular in the U.K and was performed during the VE celebrations on 9th May 1945, it was actually written by a Czech musician, JaromŪr Vejvoda, in 1927. It was also popular amongst soldiers who fought on different sides, which words being written specifically for different countries. The English lyrics were written by Lew Brown and Wladimir Timm. 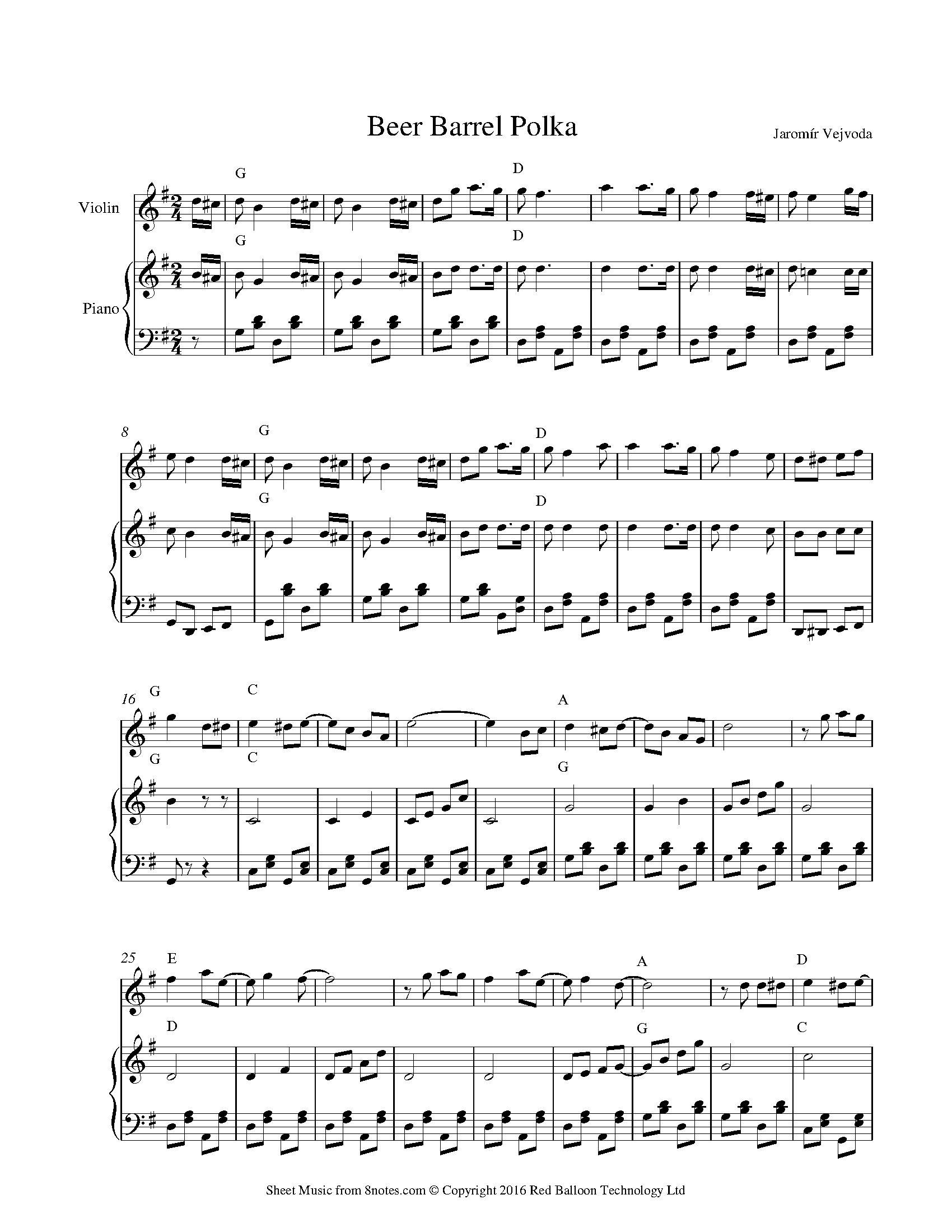 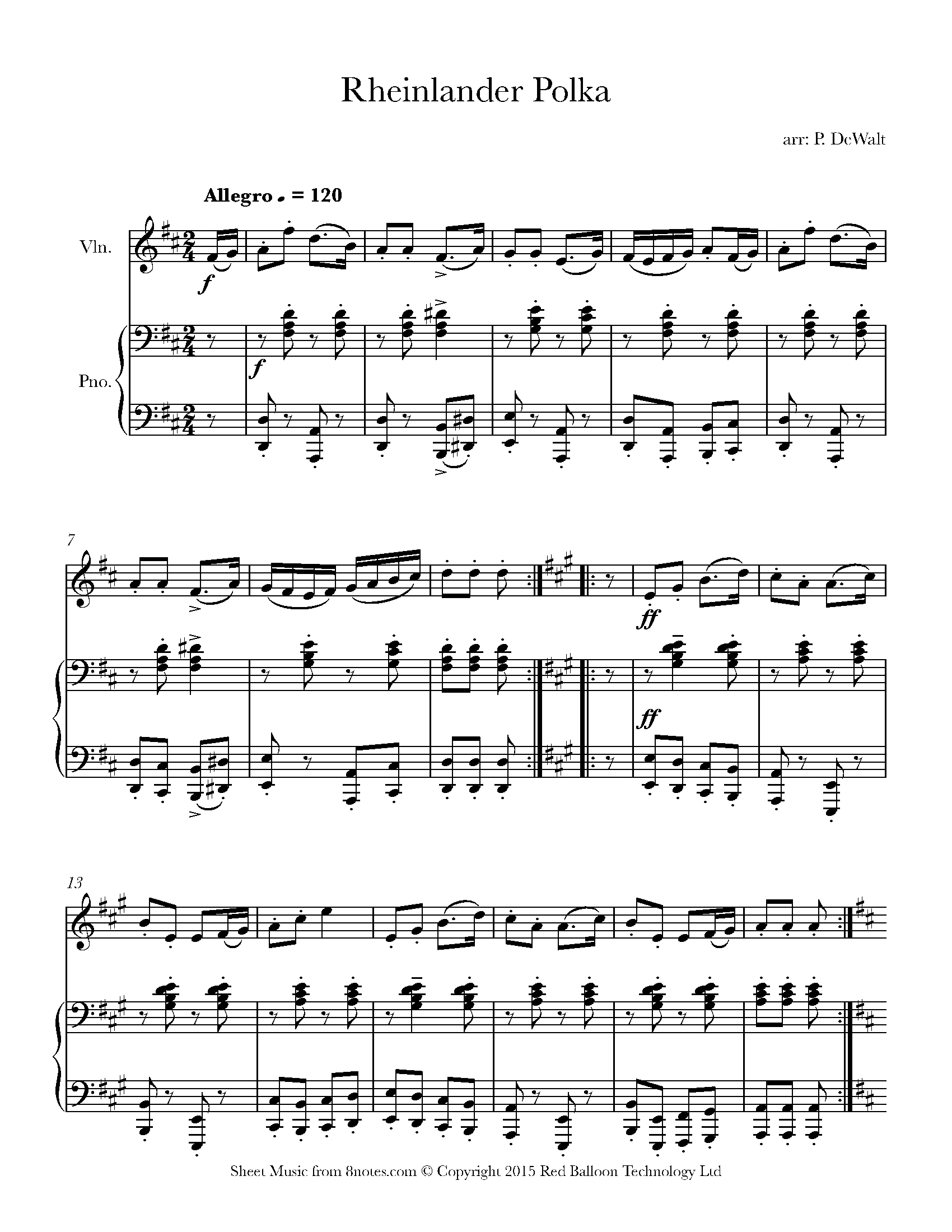 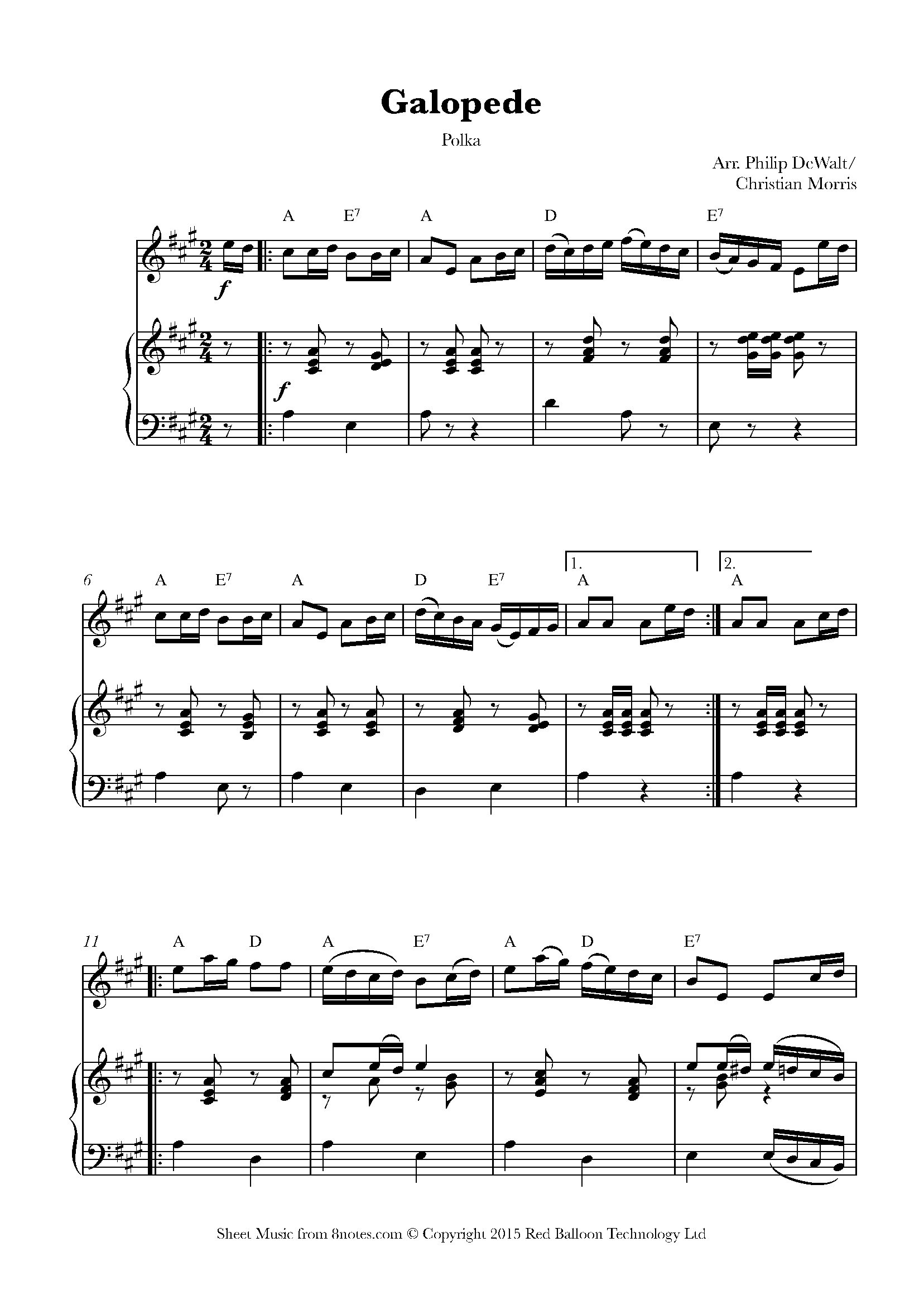 "Rosita Polka" by Francisco TŠrrega (1852Ė1909) was originally written for guitar. It forms one of a relatively small body of workóhe composed around 80 pieces during his lifetimeówhich, due their quality, nevertheless earned him the unofficial title of "the father of the classical guitar." He was also known as a very great player, having honed his skills at a very early age, even running away at the age of 10 to start a career playing in restaurants and cafes in Barcelona. 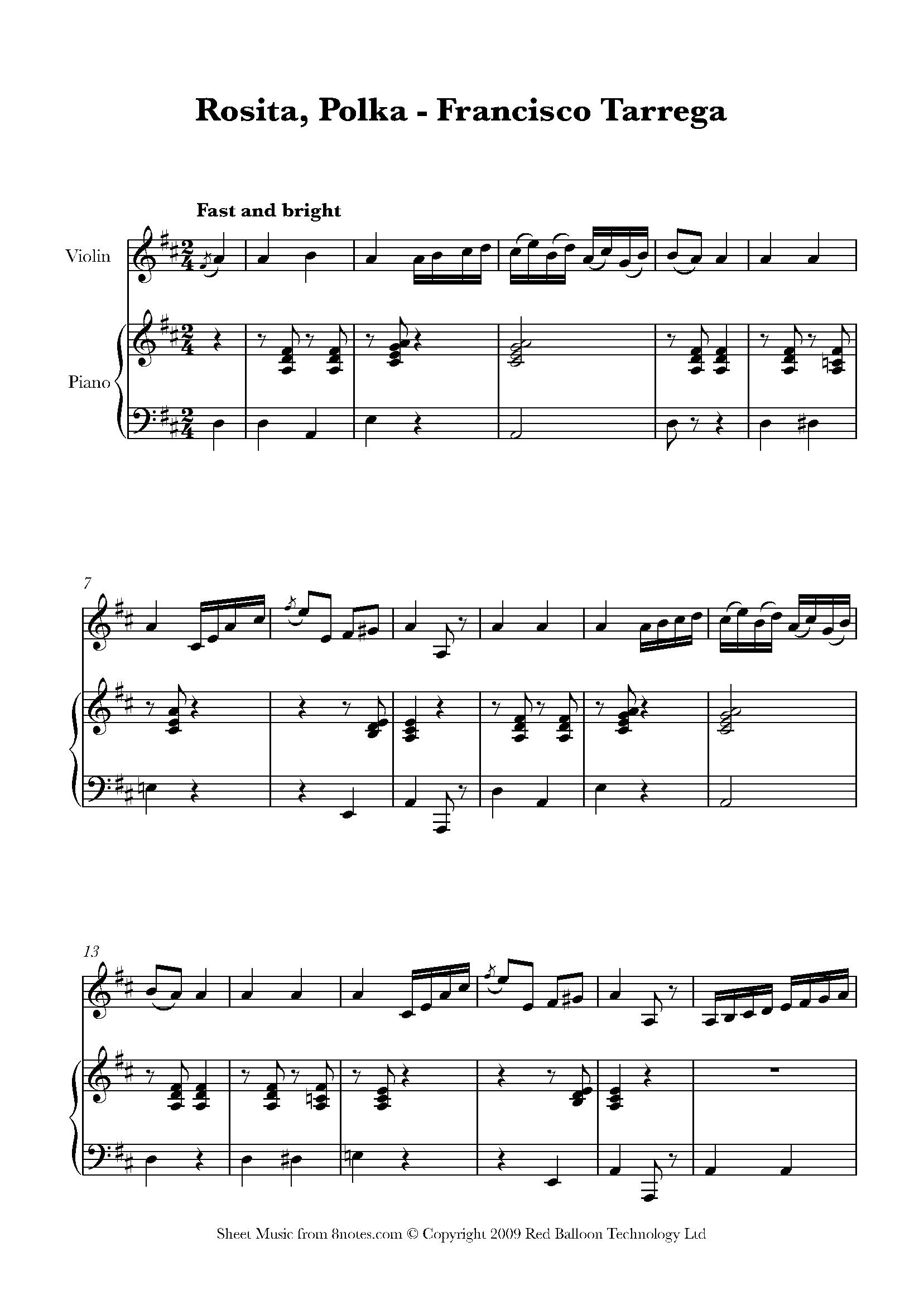 "Boda Gammalgarden" is likely a misspelling of the Swedish "Boda GammelgŚrd," meaning "Boda Old Farm" or "Boda Manor." It is a lively and pleasant work, suggesting that the place that it inspired was well-loved by its anonymous author. 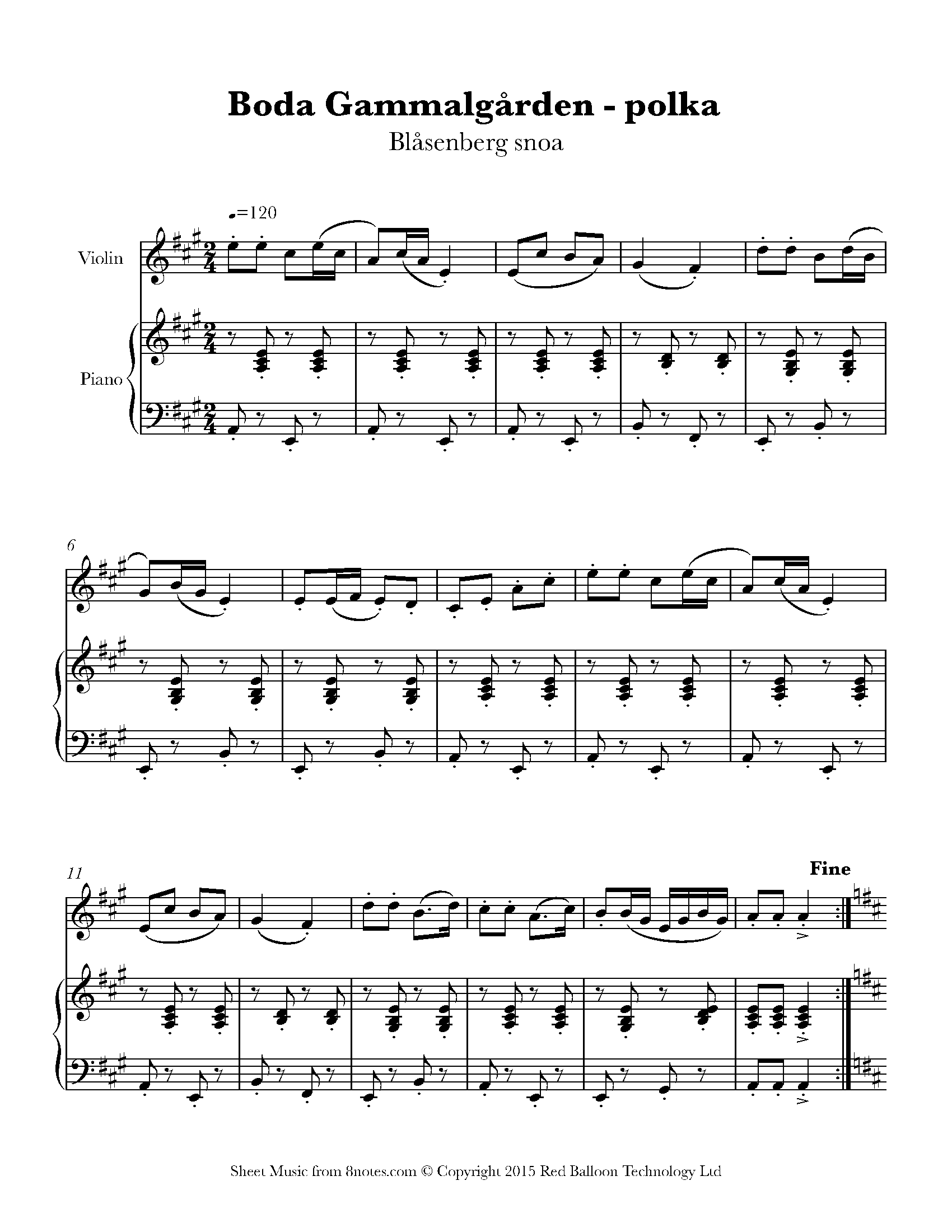 Bombon is a polka written by Brazilian composer Ernesto Nazareth around 1899. Along with rhythm sets such as habanera and the lundu, polka was an important influence upon the composer's styleóhe combined these popular elements with classical forms to forge a new genre he called "Brazilian tango."