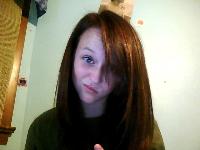 No recent posts
About Me

I am 14, and have been playing the trumpet for 5 years. I had first chair in concert band last year at the middle school, and played my old 7 major scales in 55 seconds. For the past 3 years I have been in the Marching band in Pride of Pendleton. In 2009 our show was called "Send in The Clowns", and we kicked ass. We won all of our competitions that year upper-state, and state included. In 2010 our show was called "The Rise and Fall of Rome", and we once again won state; but that year we lost a few competitions, and we lost our 10 year raining upper-state championship crown sadly. This year, the year of 2011, our show is called "Into The Woods". We have lost somecompetitions, and won some others. We won back our upper-state title, and are going for our 3-pete of state! Gotta love Pendleton Bands. My favorite band director quotes are:
"It`s not how you start, it`s how you finish." ~Smith
"We get hot together. We get wet together. And it all just brings us closer." ~Smith
"Get your toes so high you get arrested." ~Smith
"Can you do me?" ~Everyone in the band

My favorite parts of marching band are the pool party after our first week of band camp; and how when we win a competition(this goes mostly for state and upper-state) we just randomly and nonchalantly pick up cones, and signs for parking and practice areas and walk away like it never happened.
Interests