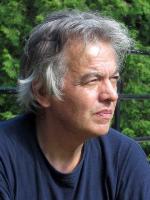 No sheet music recently viewed
About Me

Studied Classical Guitar, Music Theory and Composition at the RCM in Toronto in the 70s.
Many of the compositions have been published and included in library catalogs of UCLA, University of Toronto,
Berkeley, University of Cambridge and The Library of Congress.
The Guitar Music was mostly composed between 1982 and 1988 and published in 1984 and 1993 by Sunrise Publications.
Newer editions were published in 1988 by Nova Music.
Most of the Orchestral Music and String Quartets were composed between 2000 and 2004 and published in Toronto, 2004.
The Woodwinds were composed and published between 2007 and 2009.
Michael Repoulis continues to compose in monophonic and polyphonic styles for the classical guitar, piano and also writes various works for the String Quartet and Orchestra.