The Beginners Guide to Cello Double-stopping

What is a double-stop?

It is simply the playing of two notes on adjacent strings, at the same time.

Because the Cello has four strings it is also possible to play triple and quadruple-stops. We will deal with just double-stopping here.

There is a terrific amount of variation in the level of difficulty of double-stopping, from the very easy to double-stops that even professional players find taxing. Also bear in mind that the shape of a player's hands will be an important factor. Sometimes a very great player might not be able to play something that an average player can, simply because he or she might have smaller hands. This is only an issue in extreme cases however, so you should not worry, even if your hands are small. 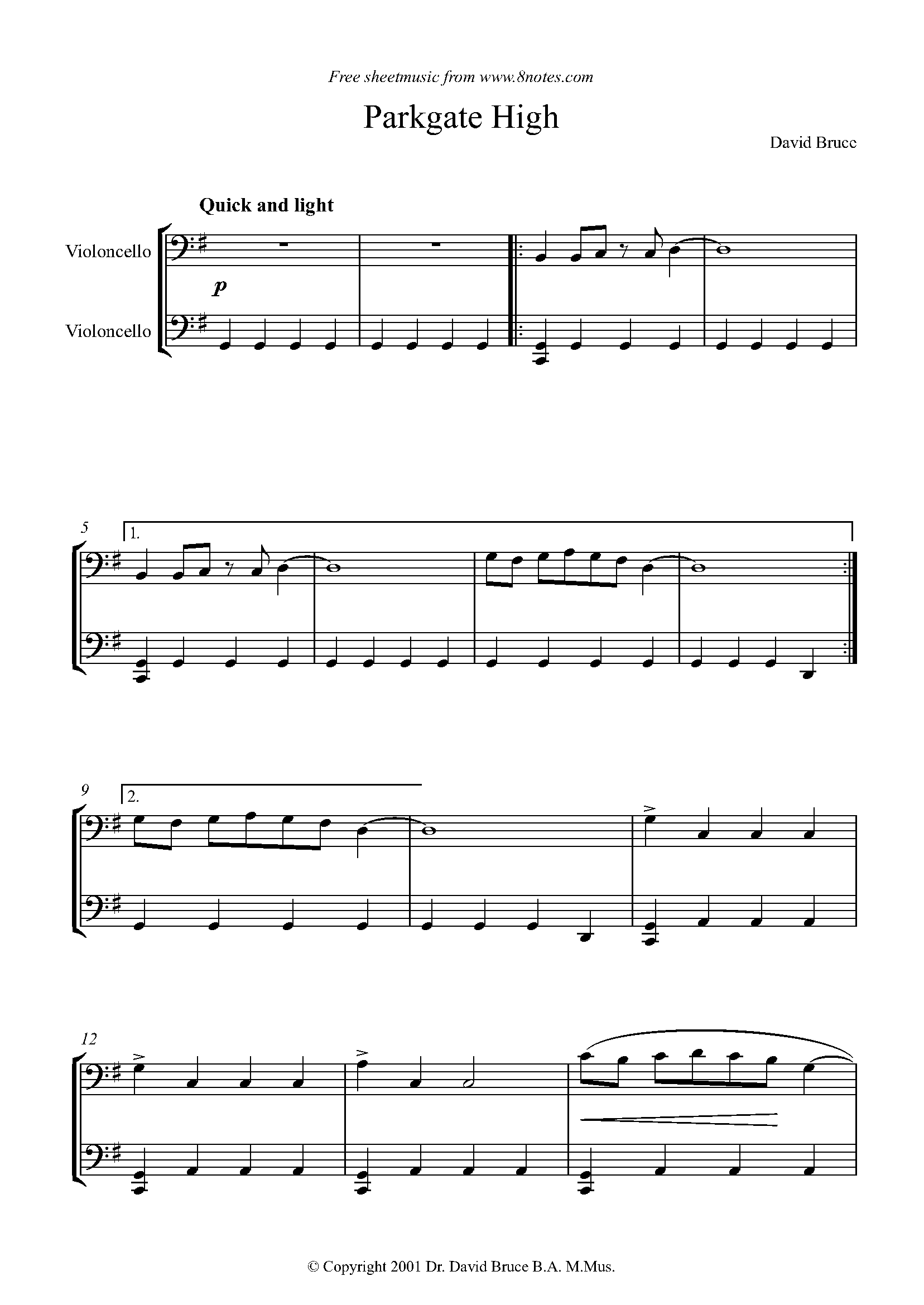 
As a general rule, the position of the bow is exactly in between that that you would adopt if playing either string individually. It is also a good idea to keep the bow hair flat on the two strings. This will give a solid and consistent sound.

An ideal piece for practising this type of double stopping is David Bruce's cello duet Agent in Egypt. Here the lower part moves chromatically from two open strings, to fingered upper part and then back to open strings: 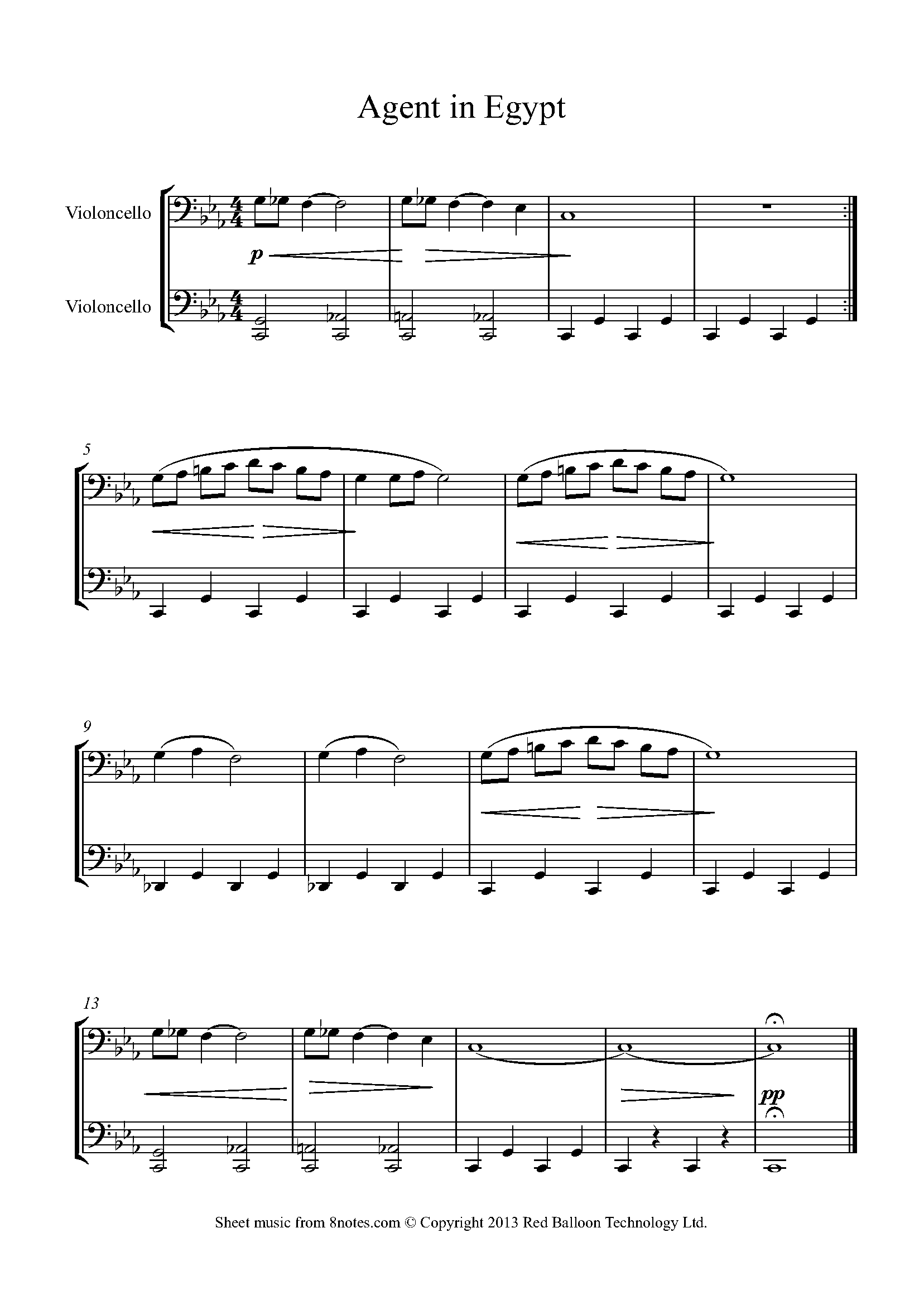 3.
The third type of double stopping is where the upper note is an open string, whilst the lower note is played:

4.
The greatest challenge of all is in the fourth category of double stopping, where both notes are fingered.

We will divide the process according to the interval (i.e. the distance between the two notes) of the double stop in question.

Play the exercises slowly, taking care that individual notes sound correctly before playing two notes together. In the second part of the exercise the double stops are played together throughout.

Octaves provide a particular challenge on the cello since the thumb must play the lower note and the third finger the upper note:

In the following exercise make sure you listen carefully as you play each octave. The distance on the fingerboard between the two notes becomes gradually smaller as you play higher, so the ears must always guide the fingers:

Because the cello is already tuned in fifths, to produce a double stop with this interval adjacent strings must be fingered at the same distance from the nut. This is achieved by barring-placing one finger horizontally across the fingerboard-or by using adjacent fingers at the same point on the fingerboard.