Piano Piano lessons 6 Piano Pieces You Can Play in Dorian Mode - and other examples from Jazz and Pop Music - 8notes.com

The easiest way to get to grips with Dorian mode is to think of the white notes of the piano starting from D.

The pattern of notes is TsTTTsT (where T= Tone, s=semi-tone)

Here is C dorian, using the same interval pattern, but this time starting on C:

You can read more about Dorian mode and other modes here and if you are ready to have a go yourself, try improvising over our Dorian mode Jam track.

Probably the most famous tune in Dorian mode is Scarborough Fair. Our piano version of the piece is in D Dorian. The important feature of the Dorian mode is the major 6th note - in this case, a B natural 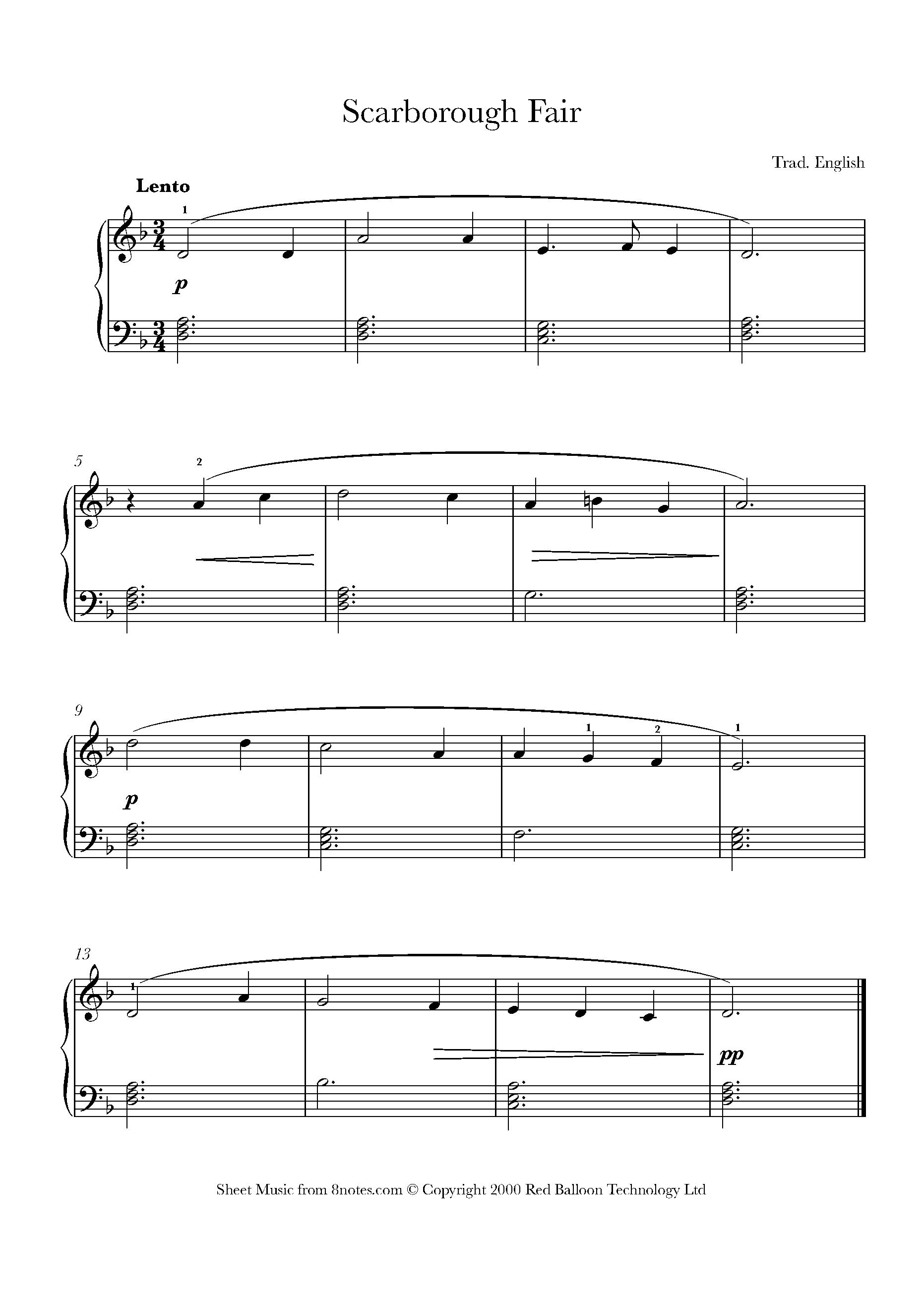 The Dorian mode is found in a lot of traditional music. The classic What Shall We Do with a Drunken Sailor is one example, here again in D Dorian mode. 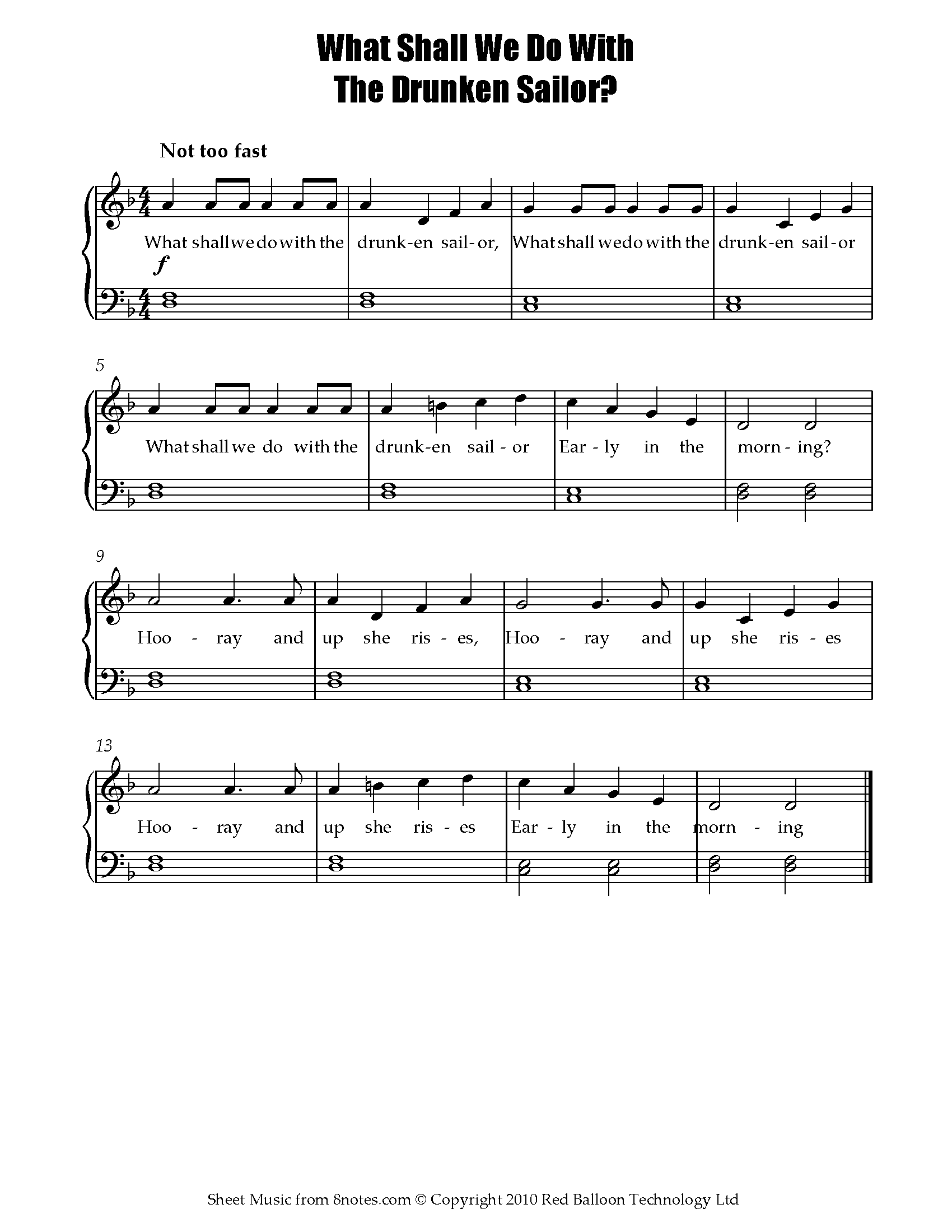 3. The Rocky Road to Dublin

Two more examples, both from Irish Traditional music. Firstly, The Rocky Road to Dublin, a piece performed by many Irish traditional groups, like The Dubliners. The piano sheet music for this piece is in A Dorian mode 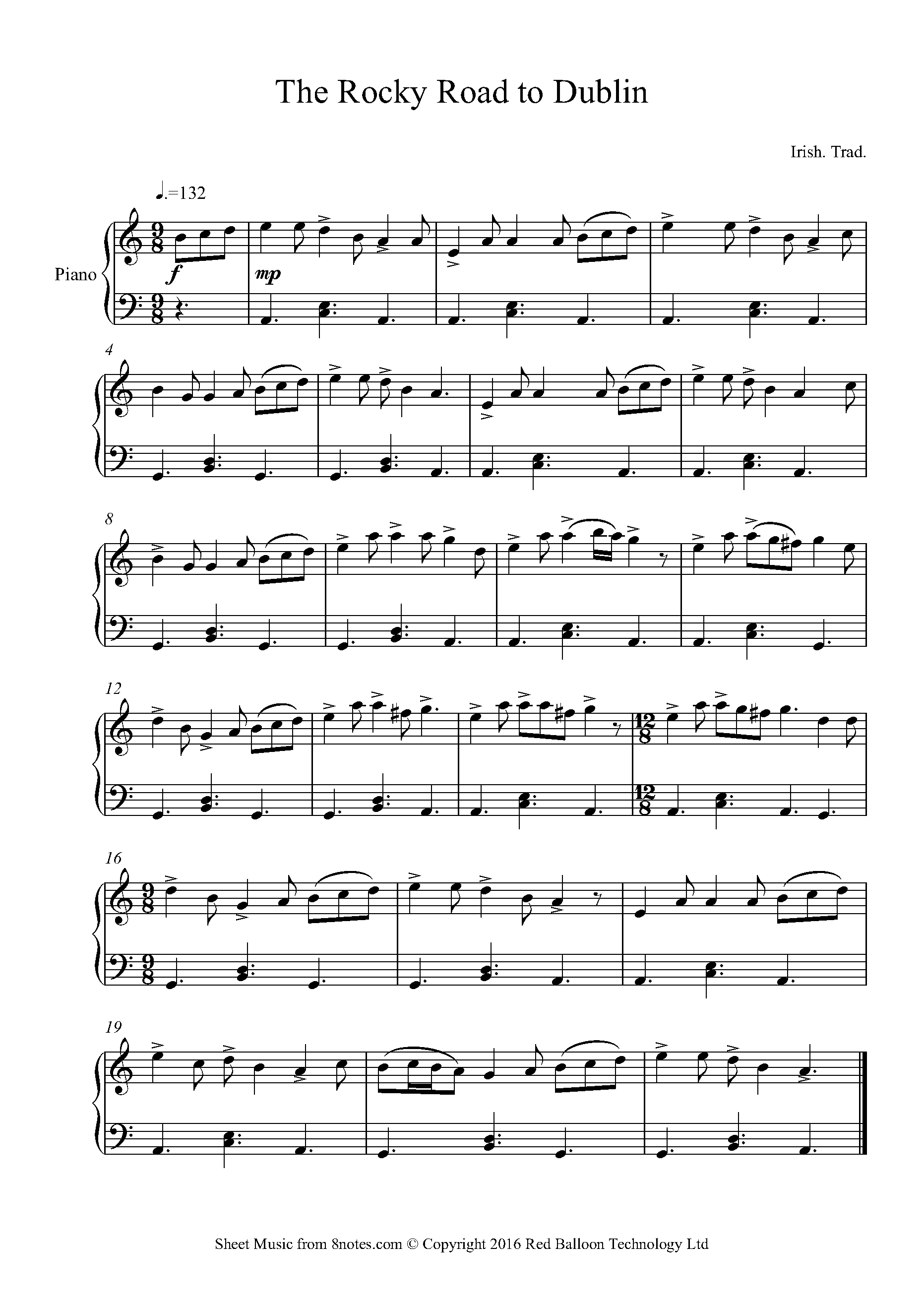 The Rocky Road to Dublin

4. The Pigeon On The Gate (Irish Reel)

...and The Pigeon On The Gate, an Irish Reel, which is in E Dorian mode 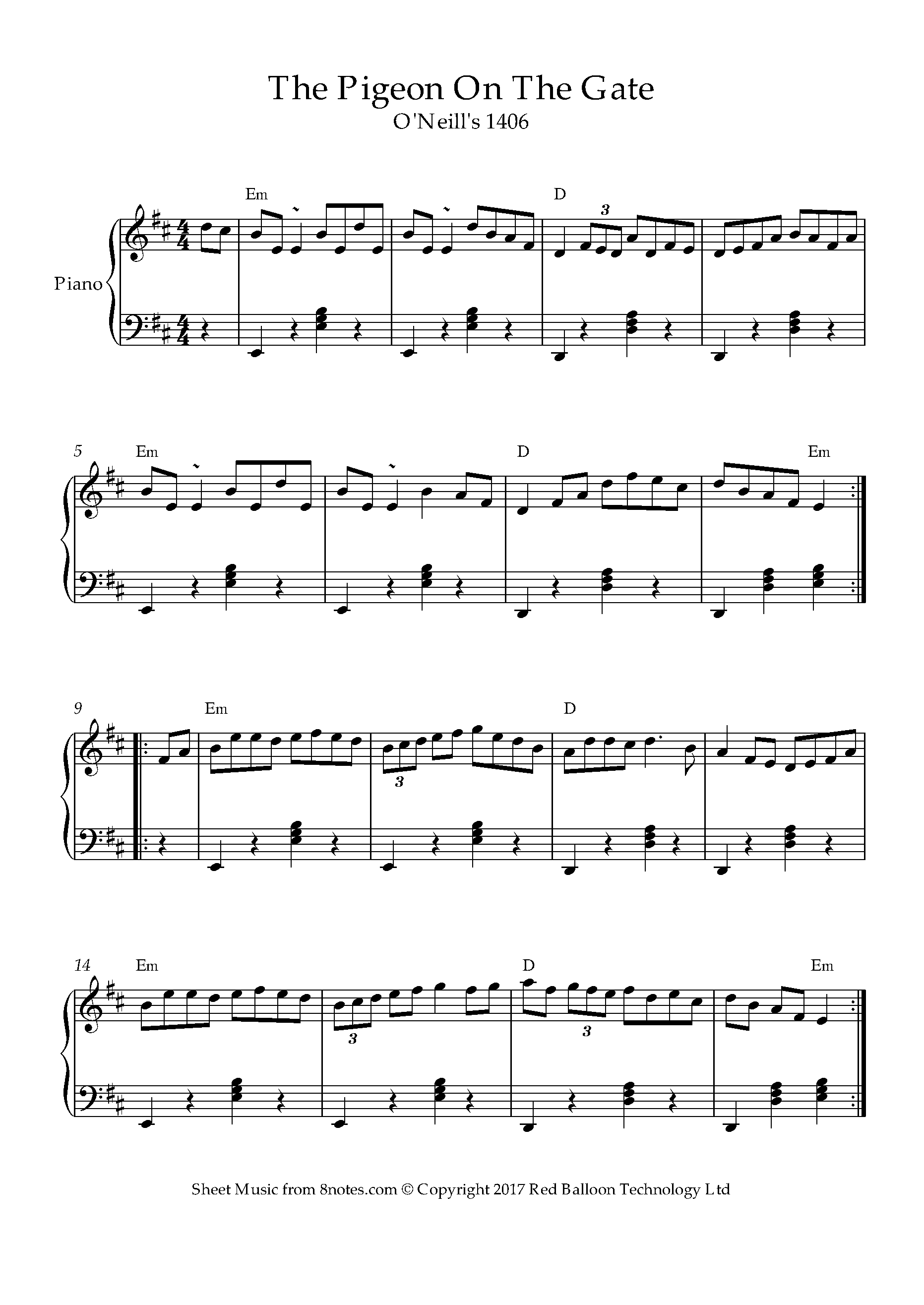 The Pigeon On The Gate (Irish Reel)

Dorian mode is also common in music from the Renaissance and Medieval periods. Here it is in Santa Maria, strela do dia from Cantigas de Santa Maria, a collection of songs from the Middle Ages, attributed to Alfonso X El Sabio 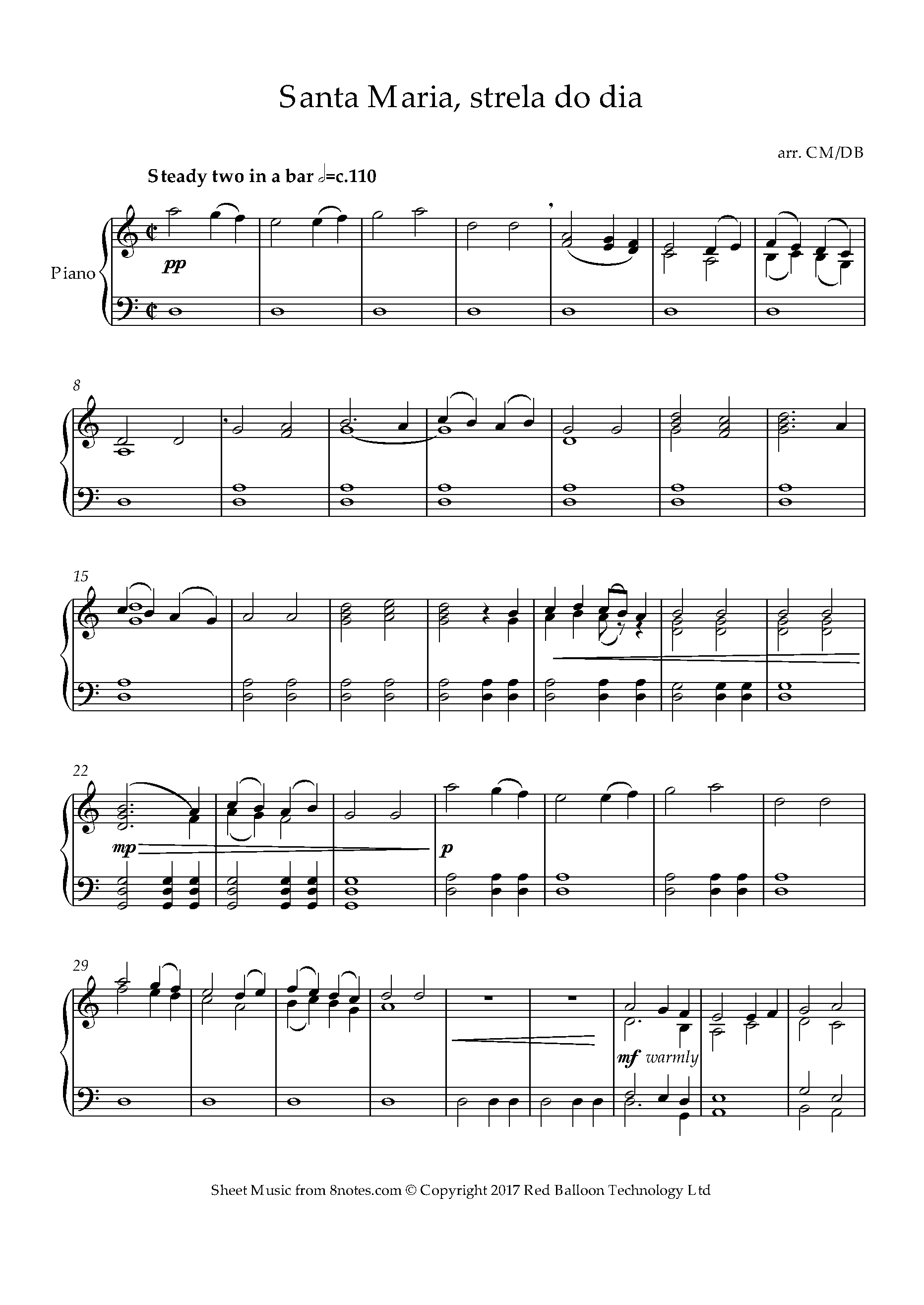 ...and in this anonymous song from the early 16th Century, called My Lady Carey's Dompe. A dompe usually refers to a melancholy piece, a lament, a love song or sometimes something more dance-like. 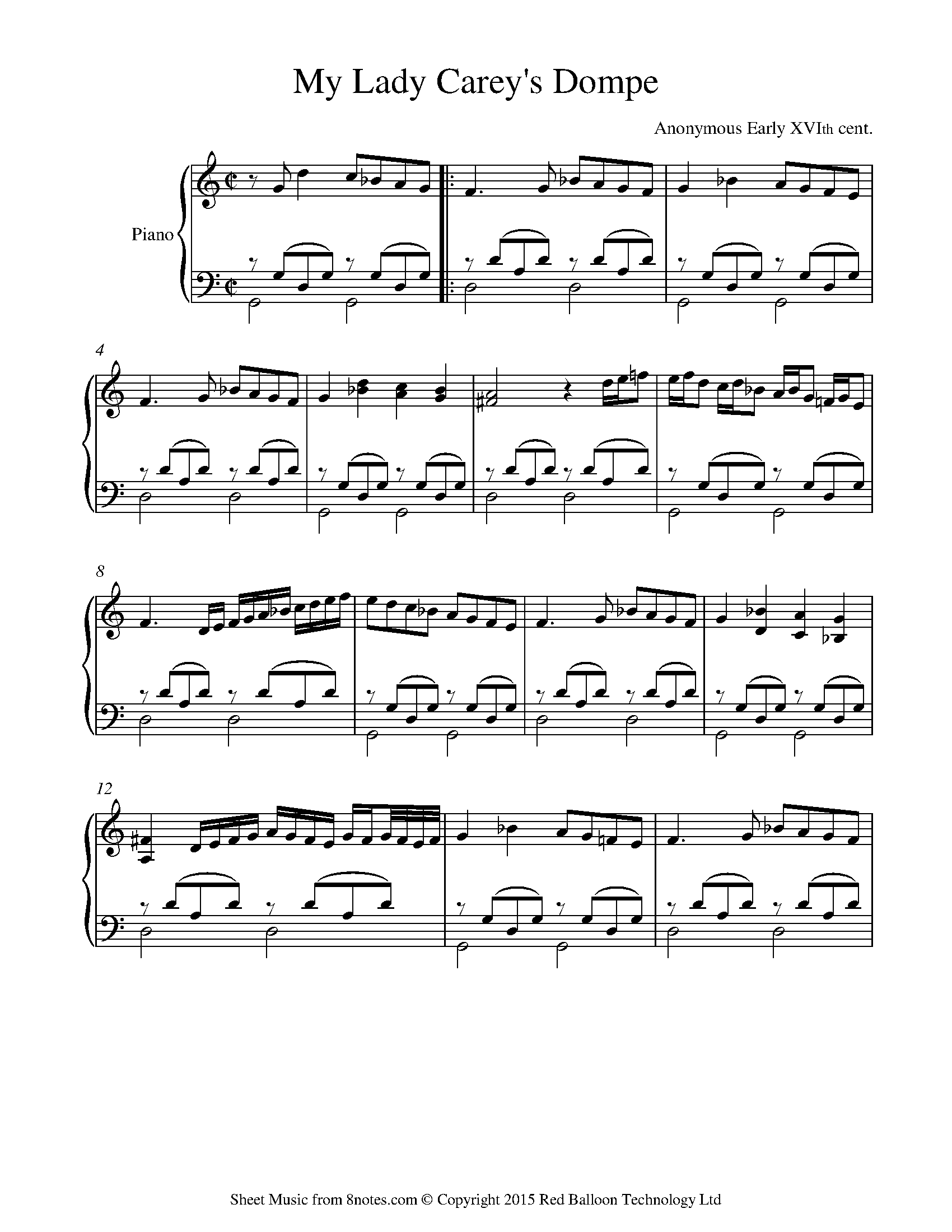 There are many examples of Dorian mode in Jazz. Miles Davis pioneered a type of jazz known as modal jazz. Here is the opening tune played by the bass from So What from his classic 1959 recording Kind of Blue. The bass melody in this example is in D Dorian.

Popular music also contains examples of Dorian mode. Here is Eleanor Rigby by The Beatles, which is in E Dorian

...and here is Billy Jean by Michael Jackson, in the more challenging mode of F# Dorian mode