Practical Introduction to Changing Position on the Violin - 8notes.com

Practical Introduction to Changing Position on the Violin 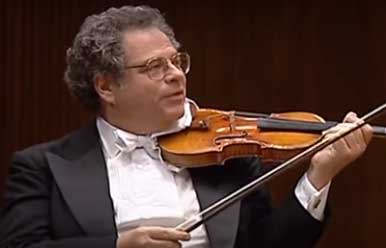 Once you've mastered playing violin in first position, you'll soon find the need to move on to higher positions. Most commonly this will be 3rd position. Let's go over the most common reasons you will need to change position on the violin:

1.
The most common situation is where you wish to play higher than the note B (4th finger) on the E string. The only way to access the register above this is by shifting the left hand to a higher position.


3.
Vibrato may be weak when played with the fourth finger. A possible solution is therefore to shift position to allow the use of a stronger finger. For example, the note B on the E string will be played by the 4th finger in 1st position, but, by moving the have to the third position, you will be able to play it on the much stronger 2nd finger.

4.
You may wish to create a different type of sound. Each string of the instrument has a different characteristic so, for example, playing a melody entirely on the G string, even when it goes above first position on that string, will help to give the melody a richer quality than if it had also used the thinner D string. Sometimes composers even specify in their scores that a melody should be played on a particular string by the use of roman numerals (IV for G, III for D, II for A and I for E).


5.
Changing position may reduce the technical demands of a given passage.

a)
Crossing strings.
Imagine a situation, for example, where you have to play an F on the E string followed by a G on the D string. This can be problematic since there is a good chance than when you do so, you may accidentally hit the A string when crossing strings. If, however, you play the F on the A string, there will be no danger of this happening.

Play the opening notes of 'Here Comes the Bride' on the G String:

The higher note 'C', played with 3rd finger is the location of the first 1st finger in third position. In you have found the position correctly, you should also be able to play the same melody starting on this new note. Be careful - in 1st position you used the open string, followed by the 3rd finger, but in 3rd position you'll need to use 1st finger followed by 4th finger. Try it:

You can repeat the same melody on the D string:

on the A string:

and on the E String:

1.
Make sure that you grip the violin firmly between your chin and shoulder when shifting. The idea is that the weight of the instrument is not supported by the left hand, which should be able to move freely.

2.
The whole hand should move smoothly together. That includes the thumb! If the thumb is being 'left behind' it is a sure sign that the violin is resting on it. Go back to point 1 and try again!

3.
Practice moving cleanly between 1st finger notes in 1st and 3rd position. Do this on each string (see video below). So, for example:

On the G string, play 1st finger note A; then shift the hand to third position and, with the same finger, play the note C. Start by playing this with a glissando (sliding sound). The 1st finger and thumb move together into the new position. The glissando sound is removed by using less pressure when shifting position. Be sure not to take the finger off the string, otherwise you will hear the sound of the open string.

The same process may be repeated on each string. You can also practise shifting using other fingerings, for example using 2nd finger in first position to 2nd finger in 3rd position.

Once you've practised position shifting, try a few of our Tunes to help you master position changes on the violin.