A collection of pieces from or inspired by Gypsy music for piano solo. Easy to Intermediate Level. 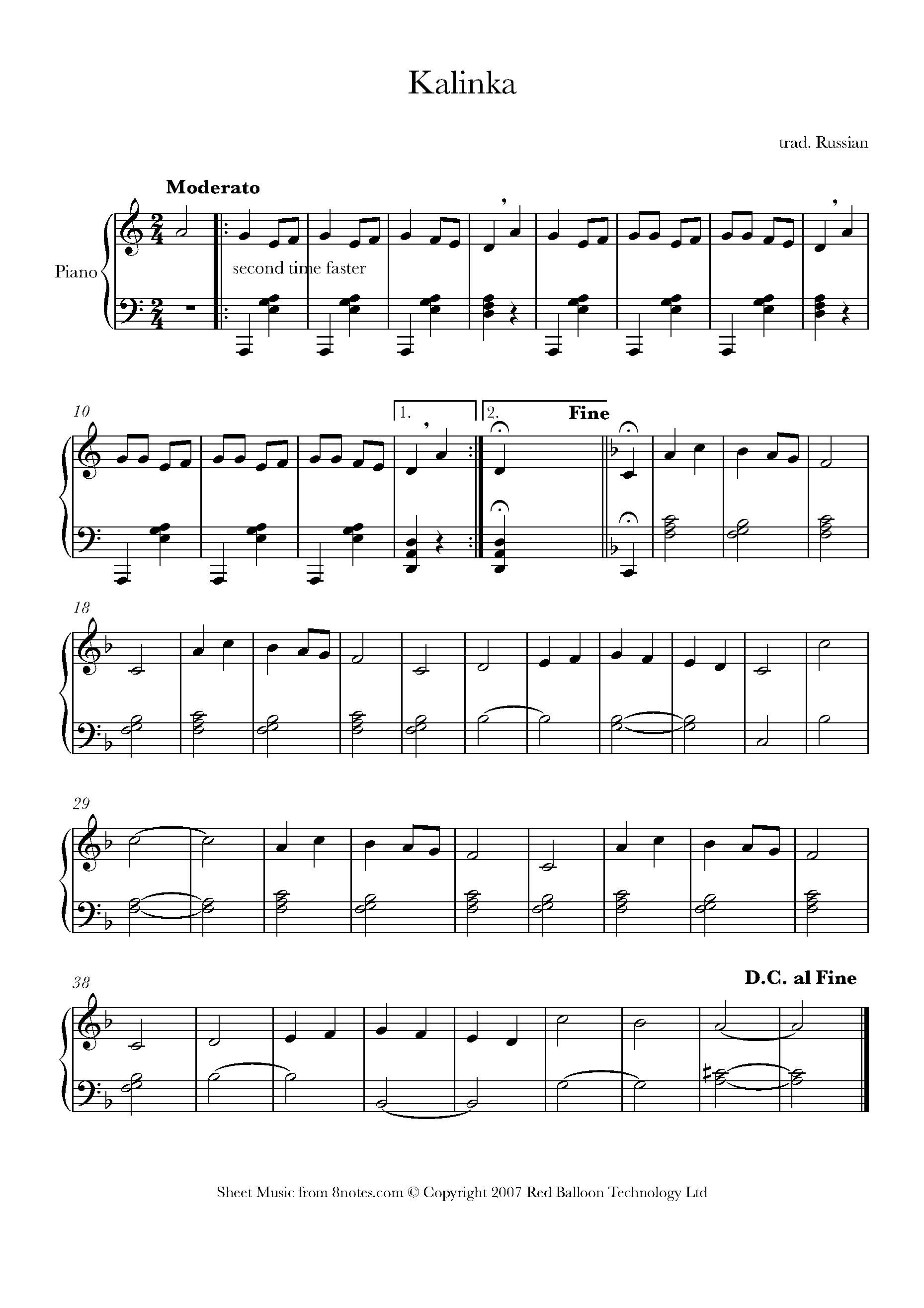 Although known as a traditional Russian Gypsy folk-song, "Two Guitars" was, in fact, composed by Ivan Vasiliev (1810¢1870) with lyrics by Apollon Grigoriev. It seems to have been written for a Gypsy folk choir that Vasiliev ran with Grigoriev. The type of guitar referred to in the title was of 7-strings and particular to Russia. The song came to exist in many versions, with performers often inventing their own, often risquķ, lyrics. 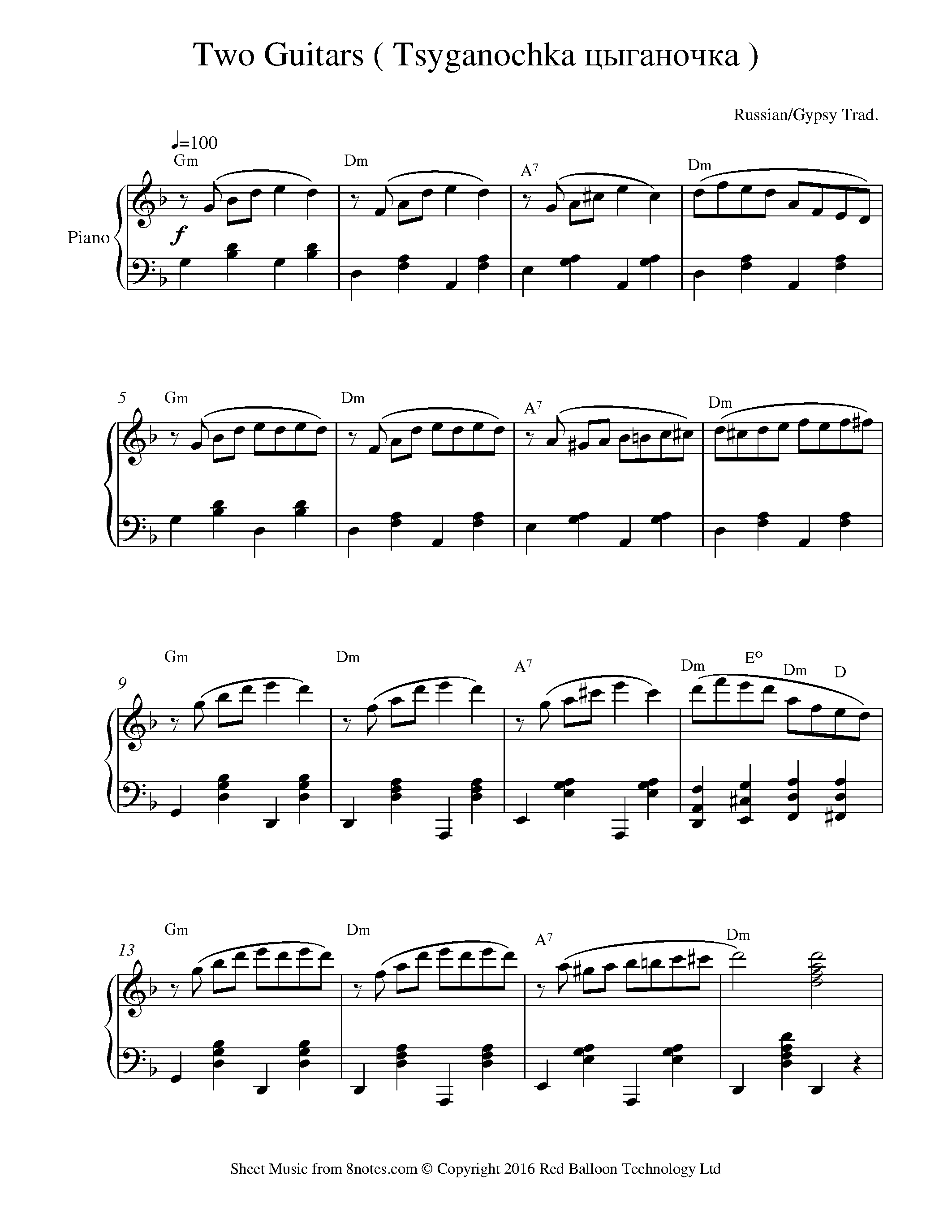 "Those Were the Days" is a song often credited to Gene Raskin, who put English lyrics to the Russian romance song "Dorogoj dlinnoju" ("Дорогой длинною," literally "By the long road"), composed by Boris Fomin (1900¢1948). It reminisces upon youth and romantic idealism, also dealing with tavern activities, including drinking, singing and dancing. Perhaps the most well-known recording of the song was by Mary Hopkins on her 1968 debut single, produced by Paul McCartney and released on Apple records. 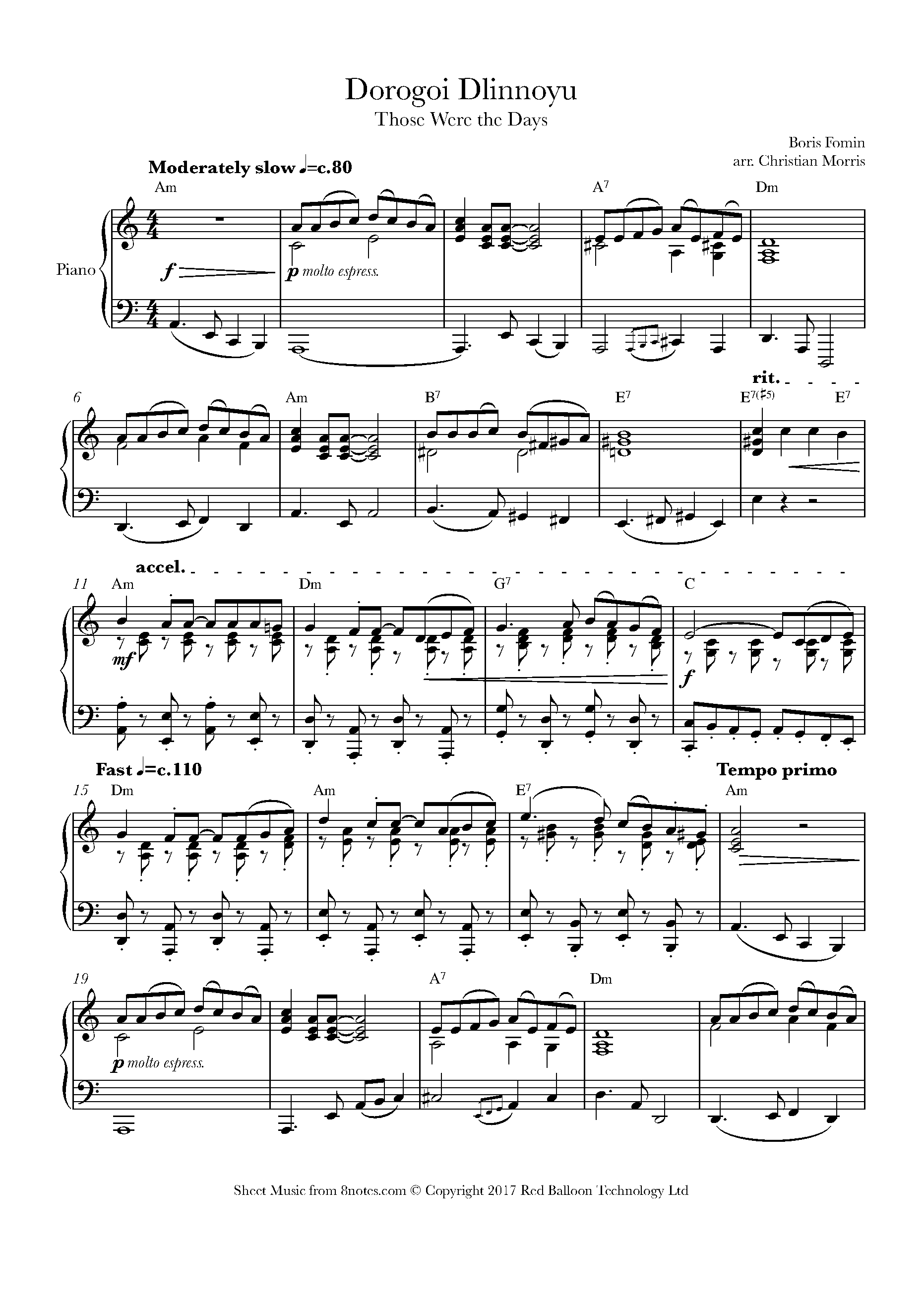 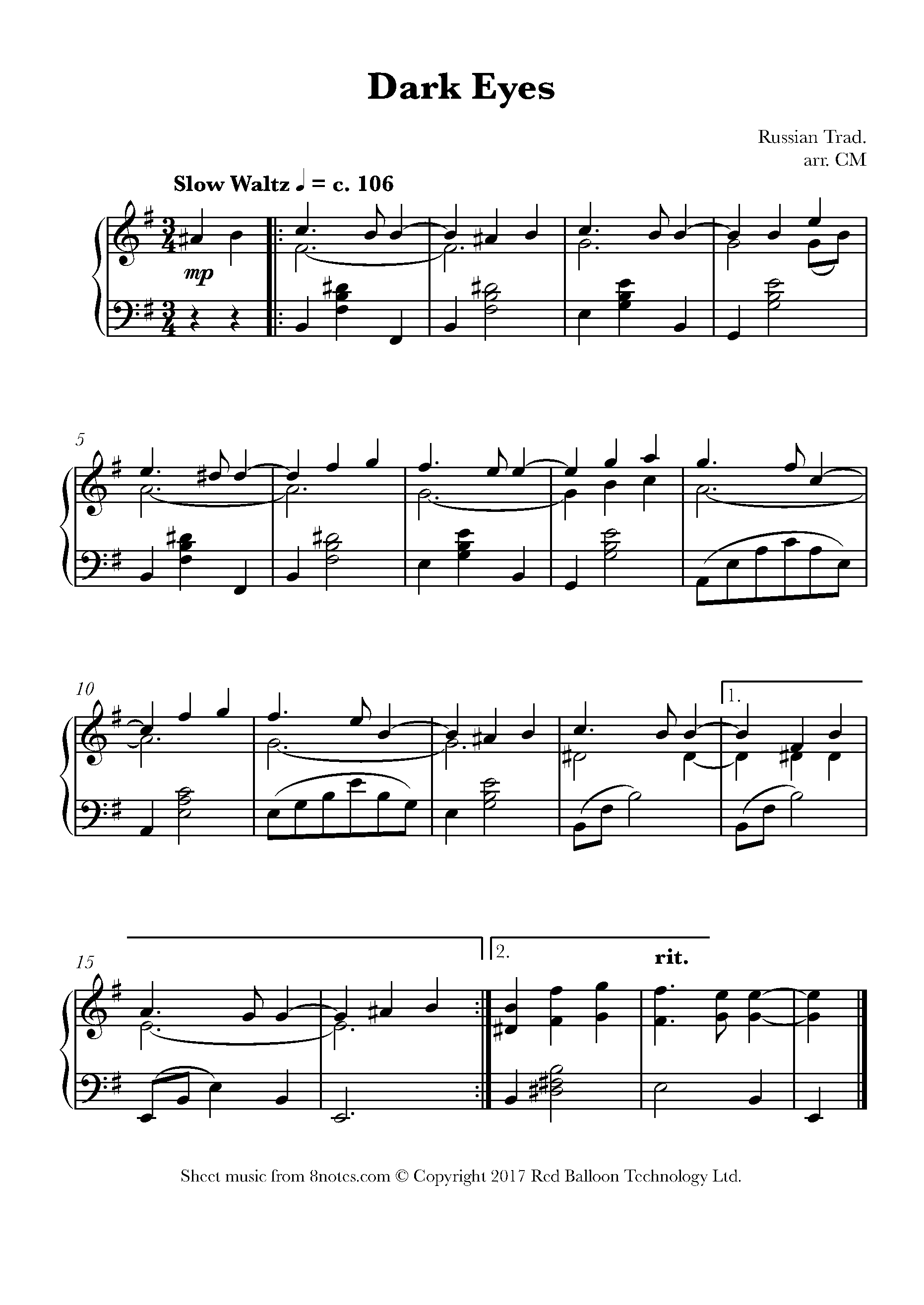 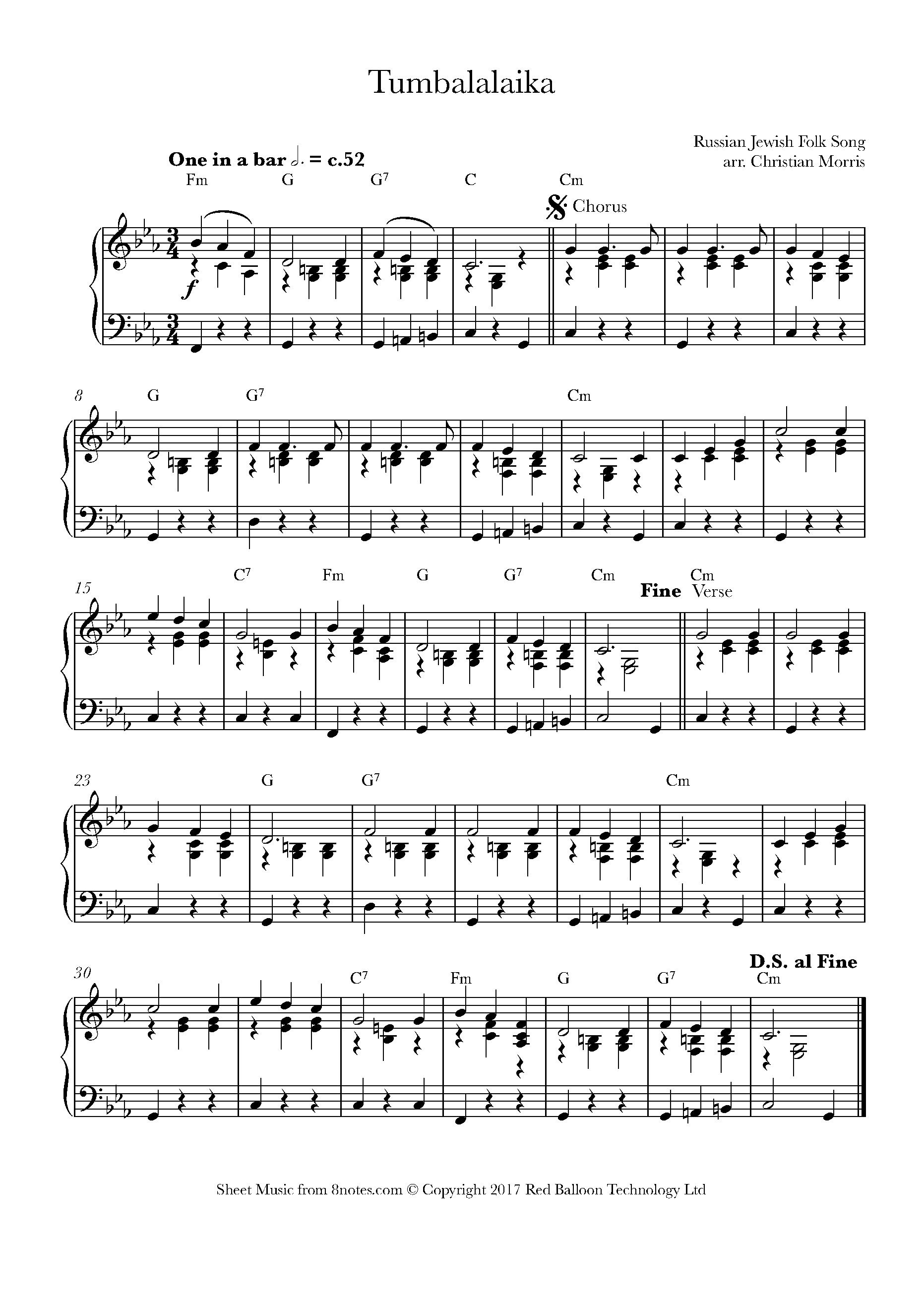 Although the version for guitar (an arrangement by Andres Segovia) is by far the most famous, this piece was originally a piano movement, used by Albeniz in his "Cantos de Espa±a." After his death a music publisher also added it to the "Suite Espa±ola," which has been the source of confusion ever since! 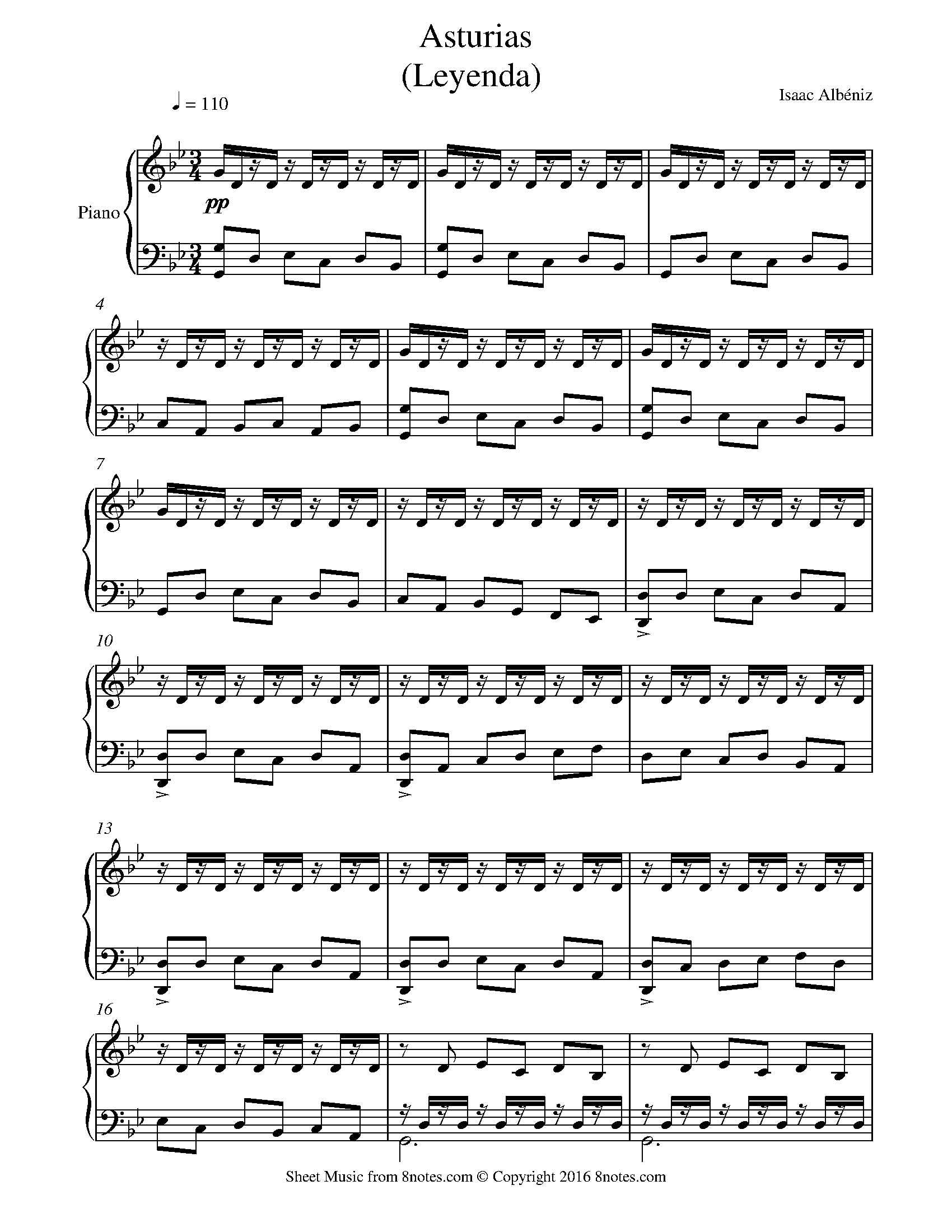 This is the first movement from a suite of six pieces composed by Bart¾k in 1915 and orchestrated by him in 1917. It is based on seven Romanian tunes from Transylvania, originally played on a fiddle or shepherd's flute. This movement is entitled "Bot tßnc / Jocul cu bŌtă" ("Stick Dance"). According to the composer, he heard its melody being played by two gypsy violinists in a village in Transylvania. 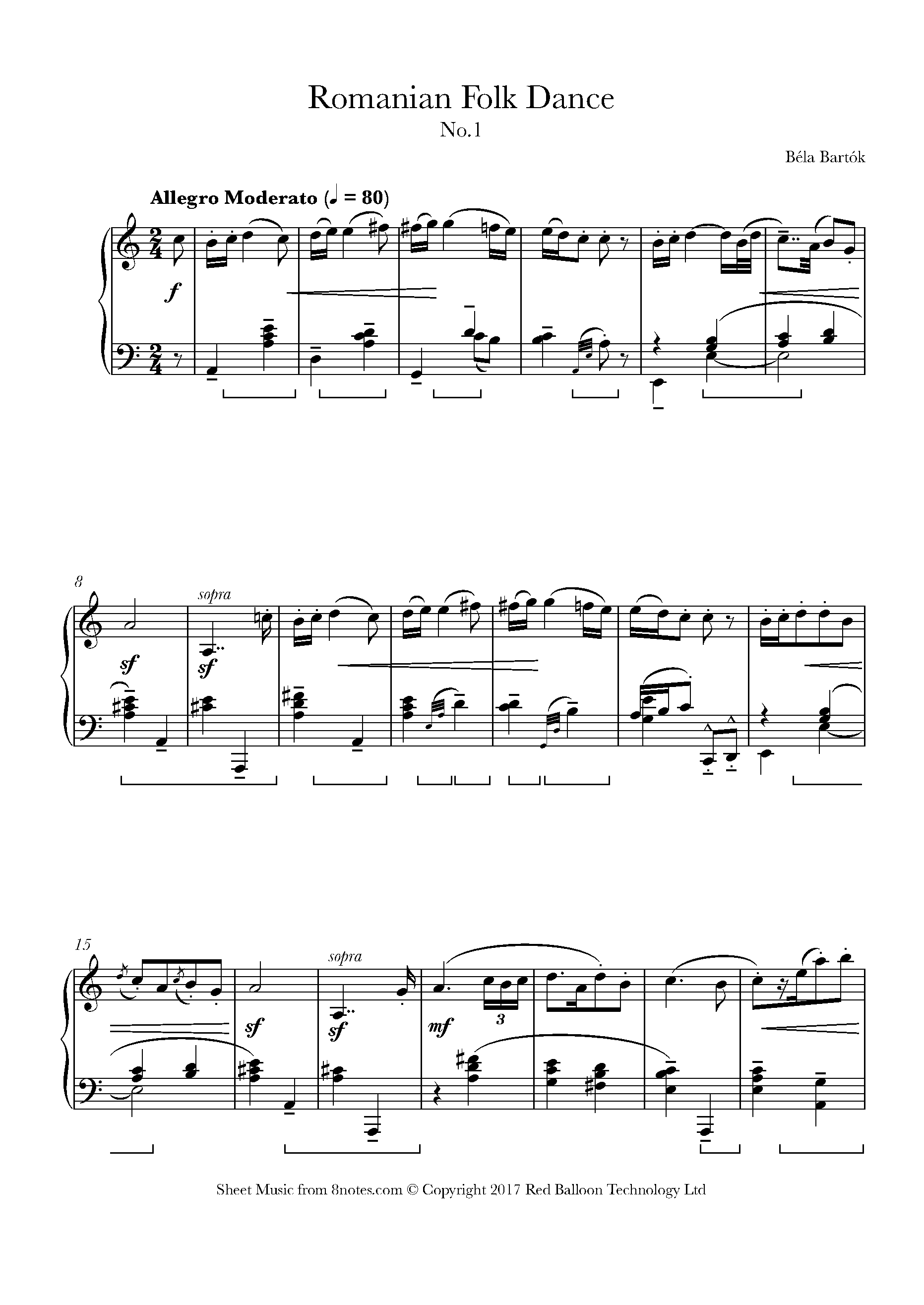 "Songs My Mother Taught Me" is a song for voice and piano written in 1880 by AntonĒn Dvořßk. It is the fourth of seven songs from his cycle "Gypsy Songs," B. 104, Op. 55. The Gypsy Songs are set to poems by Adolf Heyduk in both Czech and German. This song is a favourite recital work for both singers and, in various transcriptions, for solo instrumentalists. 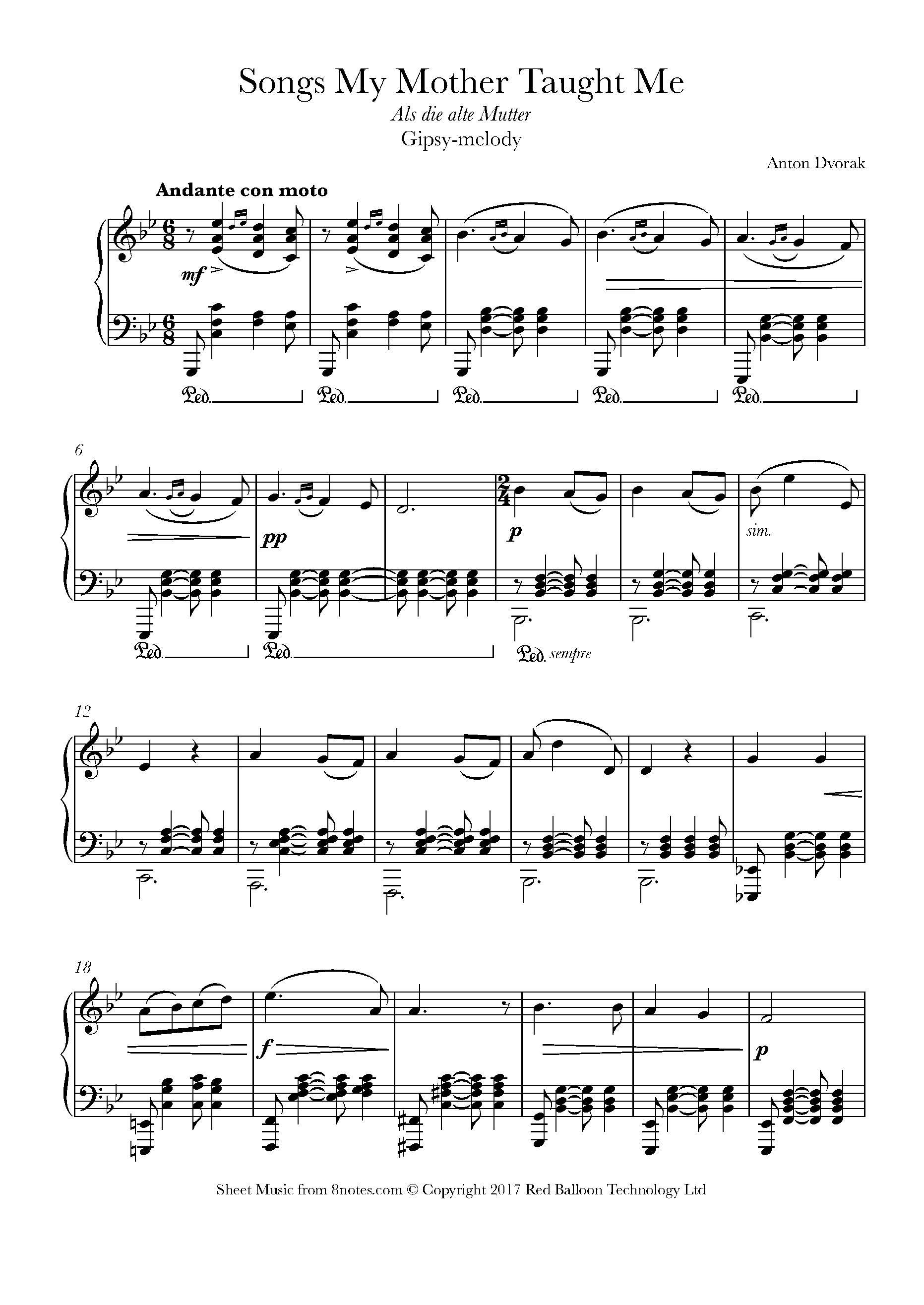 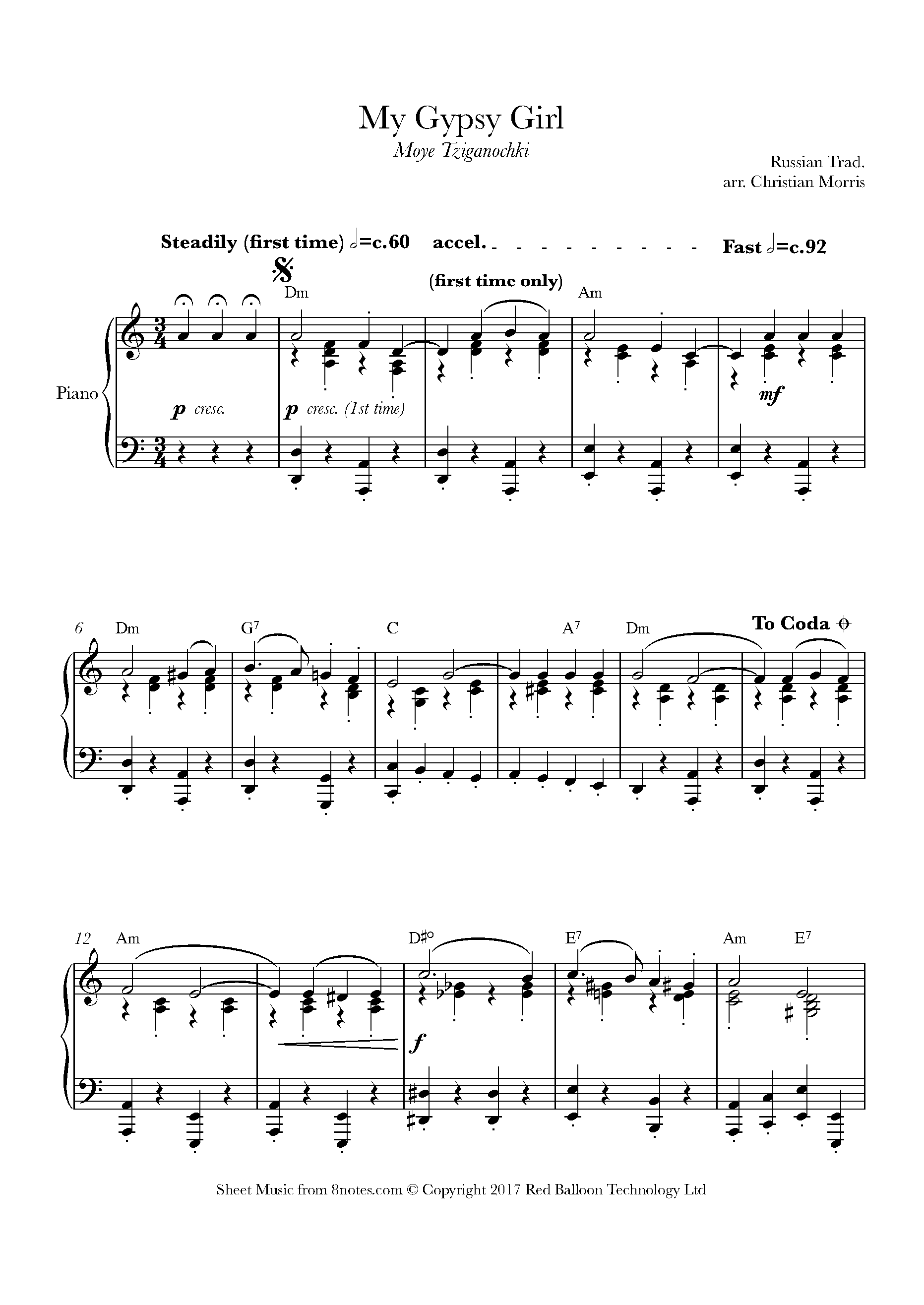 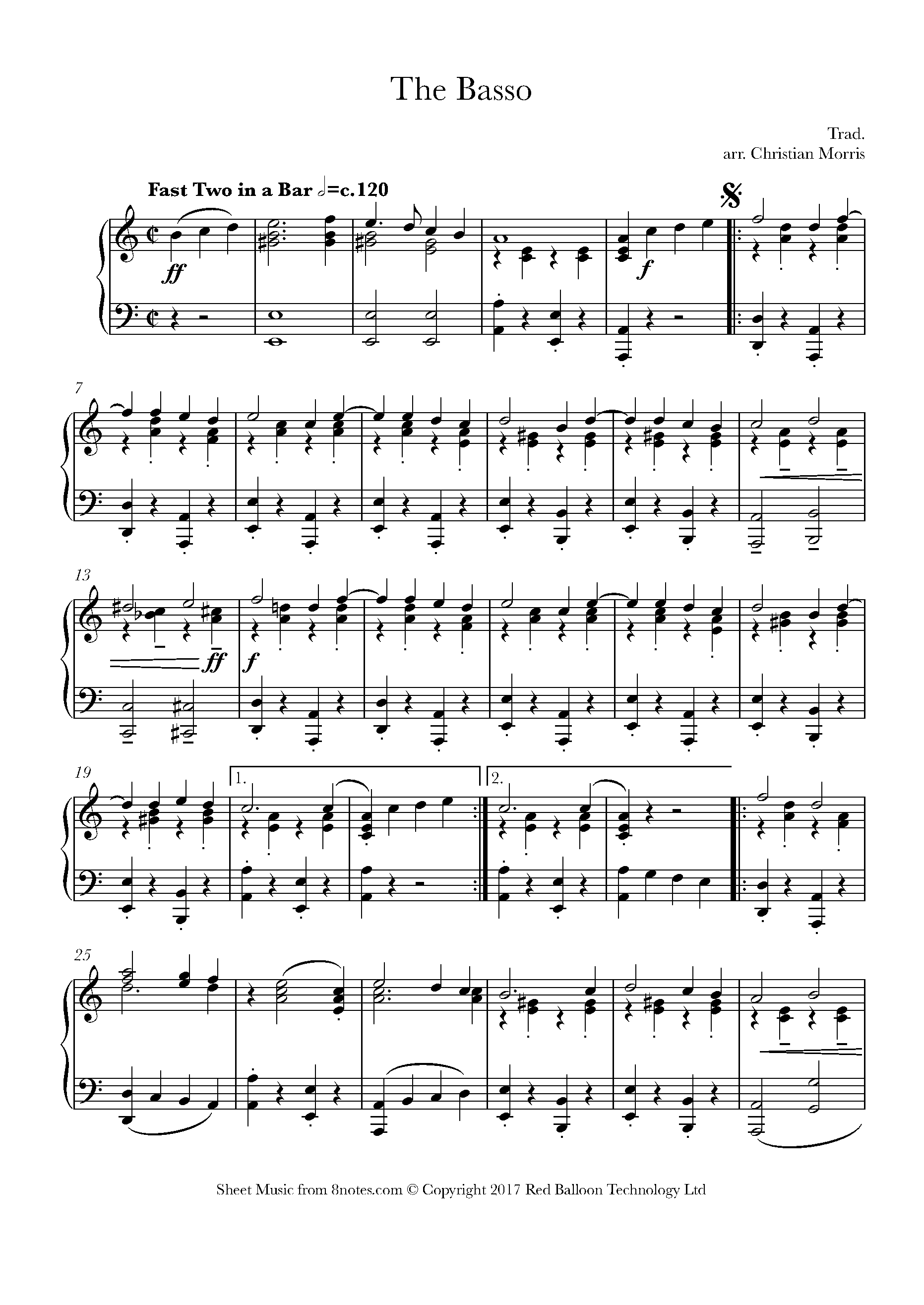